Highlights from the 2012 Hot and Spicy Food Festival

The 15th edition of the Hot & Spicy Food Festival took off to the sounds of the Mexico Amigo Mariachi band as six local chefs battled for public favour in a Taco Takedown. For $8, attendees could purchase a sampler taco platter then vote for Best Overall, Most Original and Most Authentic (the latter surely being the most difficult to get a grip on). 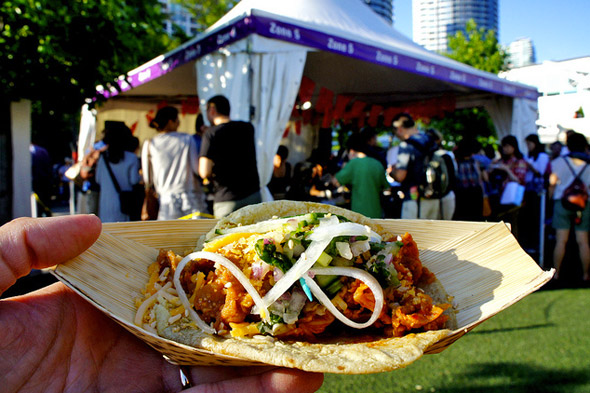 Each taco was attributed to its maker by a coloured toothpick, and diners took their voting responsibility very seriously, debating with companions and identifying personal favourites to others at their picnic table. An unofficial poll at our picnic table yielded the following opinions:

Vanessa Yeung's Coffee & Tamarind Lamb Taco - A robust lamb filling made up for the smaller portion size. The tamarind added a touch of mint, while the coffee gave a hint of smokiness.

Matthew Basile's North South Taco - The taco featured a pan fried arancini (rice ball covered in bread crumbs) and a spicy sauce, thus making it one of the few entries that actually lived up to the Festival theme,

Luis Valenzuela's Taco Surtido - The most traditional taco of the competition, the fatty pork filling swam in a tortilla that was too big and floppy.

Aaron Foster's Thai Pork Taco - As refreshing as a Thai salad though drenched in a vinaigrette that ultimately caused the tortilla shell to fall apart.

The only other spicy taco in the competition was smaller than the rest and filled with dry, salty chicken bits, so it's a bit mystifying that it actually took home the best overall award. Maybe we just got a bad batch. 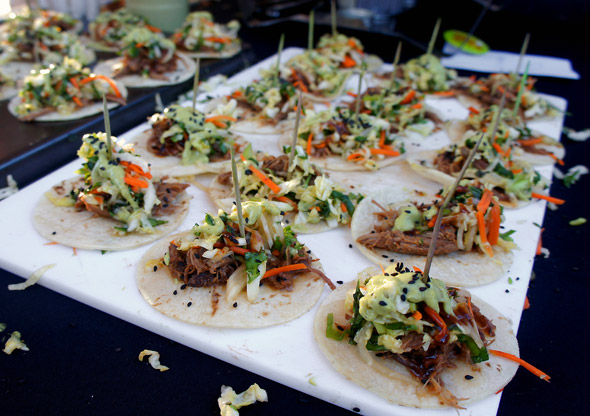 Those who arrived before the competition start time of 6:30pm enjoyed a mere 15 minute wait. By 7:00pm, the wait time for the sampler platter was over an hour, a delay possibly brought about by one chef's insistence on preparing each taco to order, and by 8:00, one of the competitors had run out of tacos. Long before the event cut-off time of 9:00pm, the competition was over, and votes were tallied. The winners are: 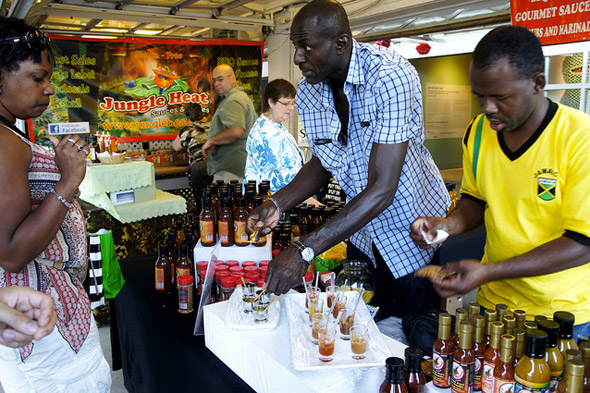 Other festival highlights to keep an eye on for Saturday & Sunday:

Red Hot Market
Gourmets (or foodies, as they are often unfortunately referred to) can bring the spice home by sampling sauces, marinades and dips from friendly vendors in the Red Hot Market. Saturday 12:00pm-12:00am, Sunday 12:00-6:00pm 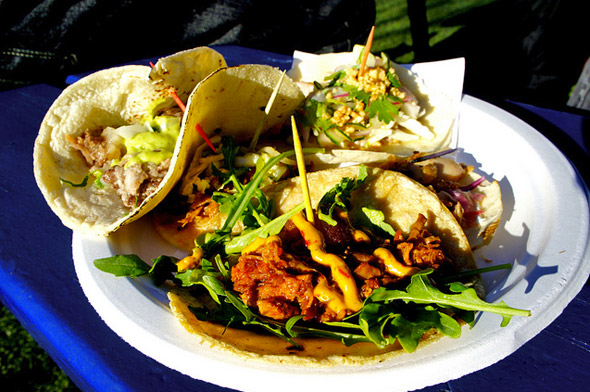 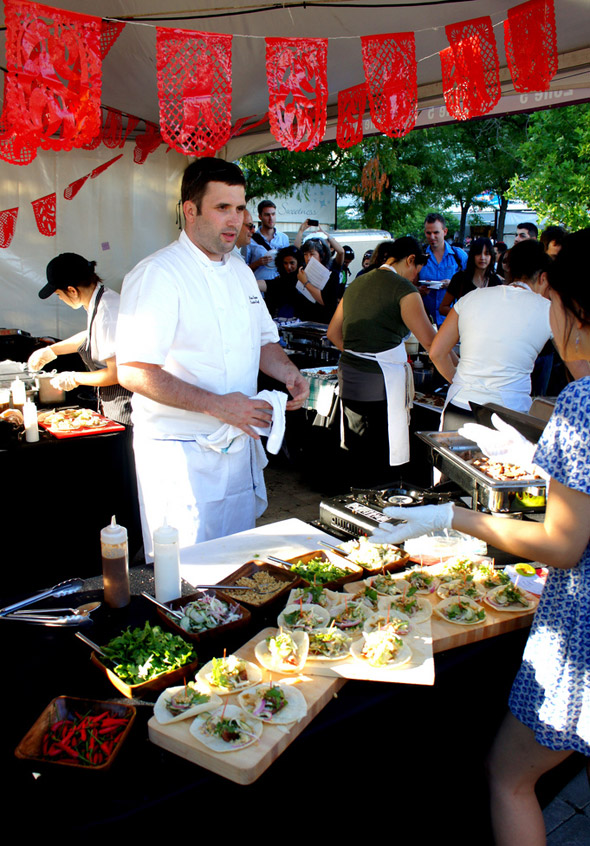 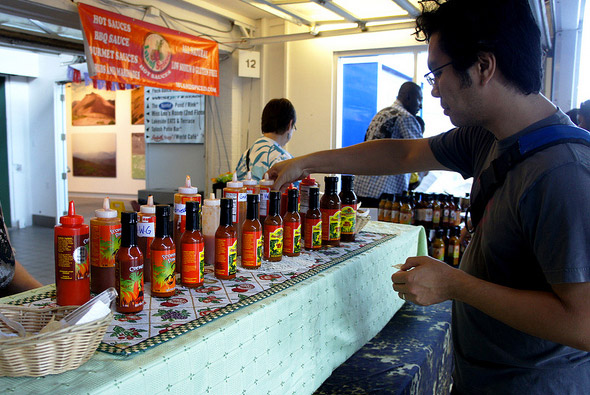 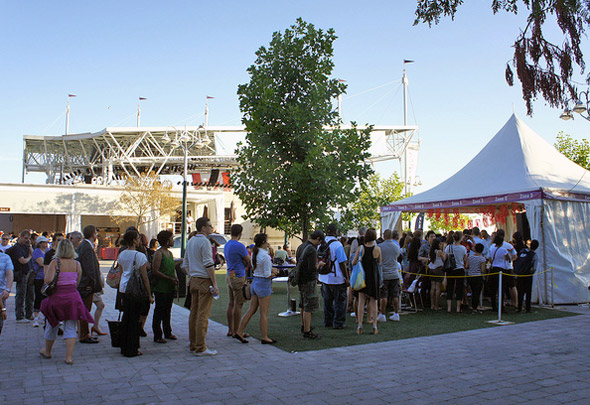