Splendid China Mall is easily one of the most curious shopping centres in Scarborough, if not all of Toronto.

Located across the vast expanse of Pacific Mall on the other side of Steeles Avenue, this blocky behemoth, touted as the city's only Chinese-themed shopping centre, was a puzzling anomaly when it was first built in 2007 and has somehow managed to stay that way for years. 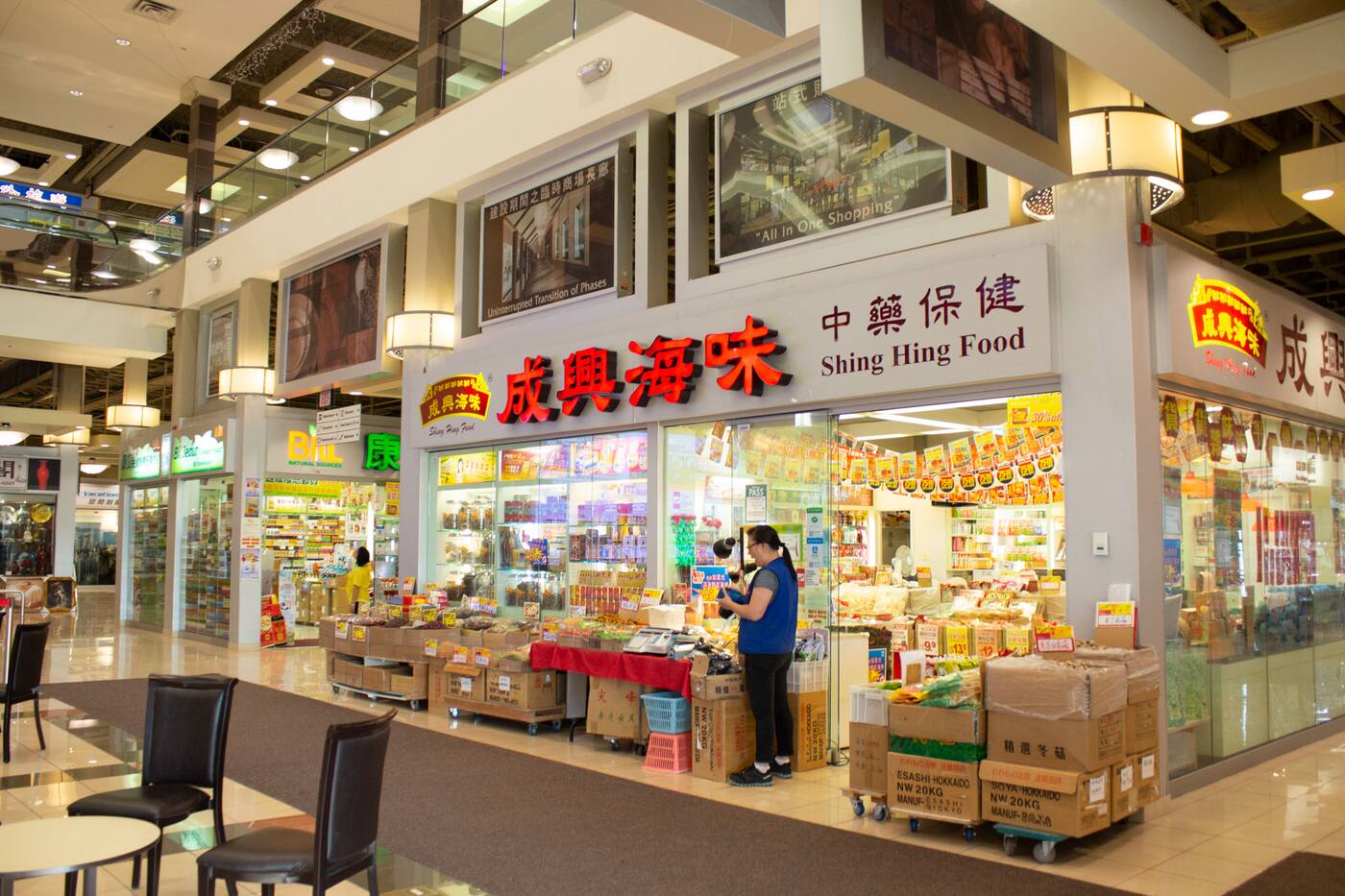 Despite being over a decade old, this oddly-hued building feels like it's perpetually under construction. 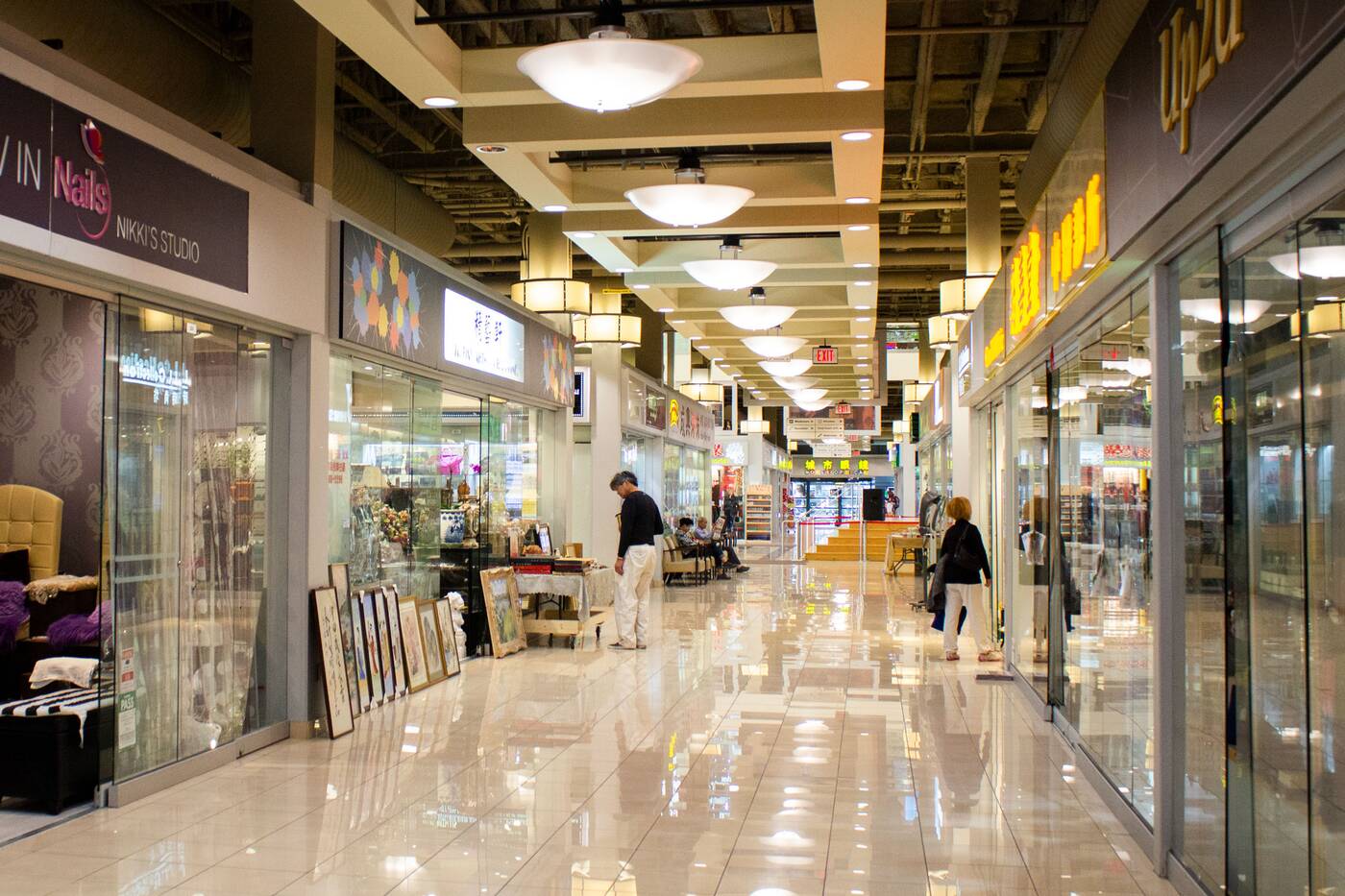 But though the mall has all the makings of a Scarborough destination— it's less crowded than Pacific Mall, and cleaner than the now-demolished Market Village ever was — this sprawling 90,000-square-foot building is far from the bustling landmark it has all the potential to be. 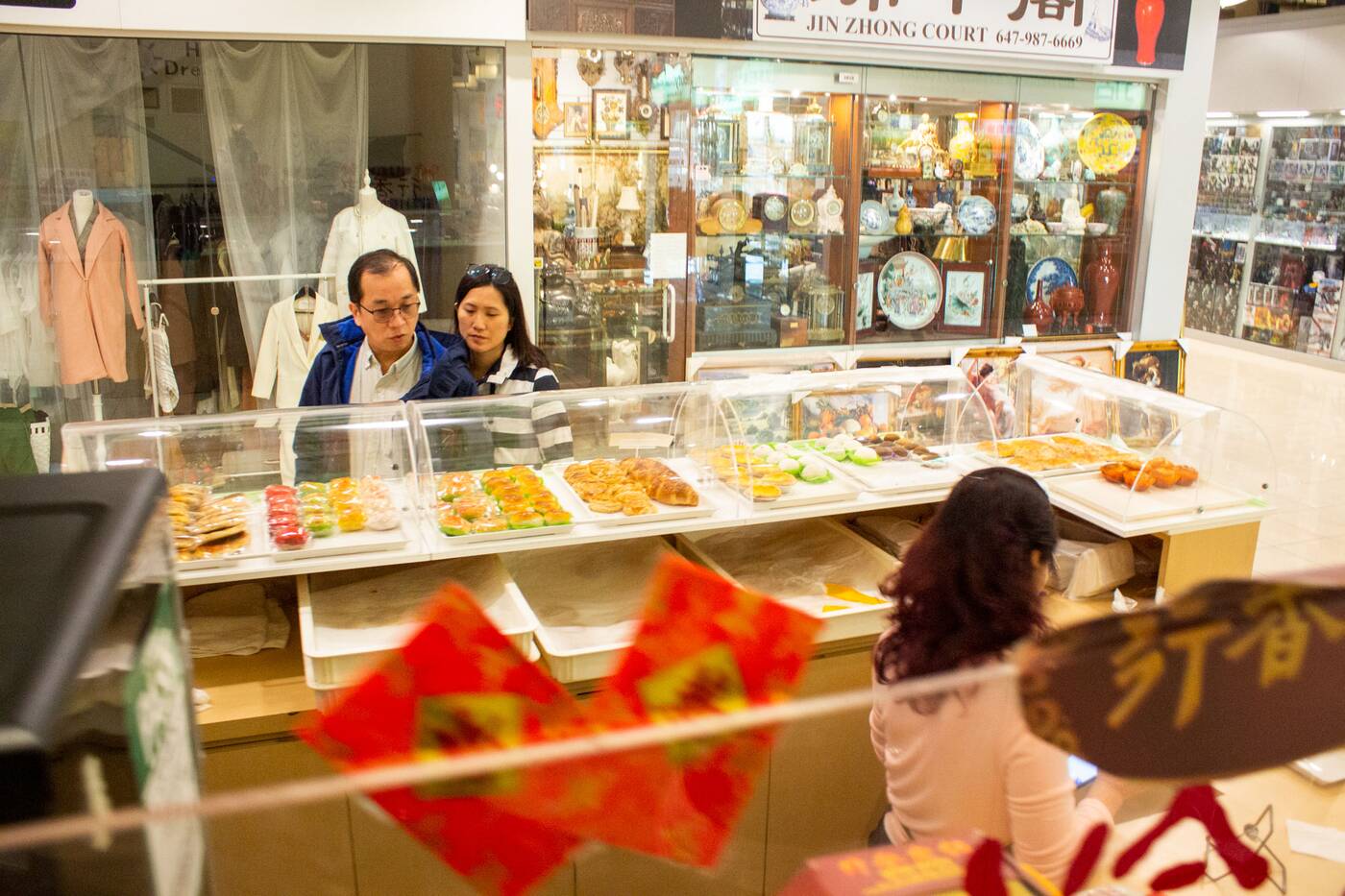 A small stall near the front entrance of the mall sells Chinese baked goods.

When the project first transformed the staple single-level Canadian Tire into a two-floored affair, hopes were high.

There were a few anchor businesses that drove visitors to the mall: Station Asia lured customers with its cheap meal deals, Hi Shanghai delivered on traditional white table cloth Chinese dining, and Lai Doh was a go-to for Hong Kong-style coffee. 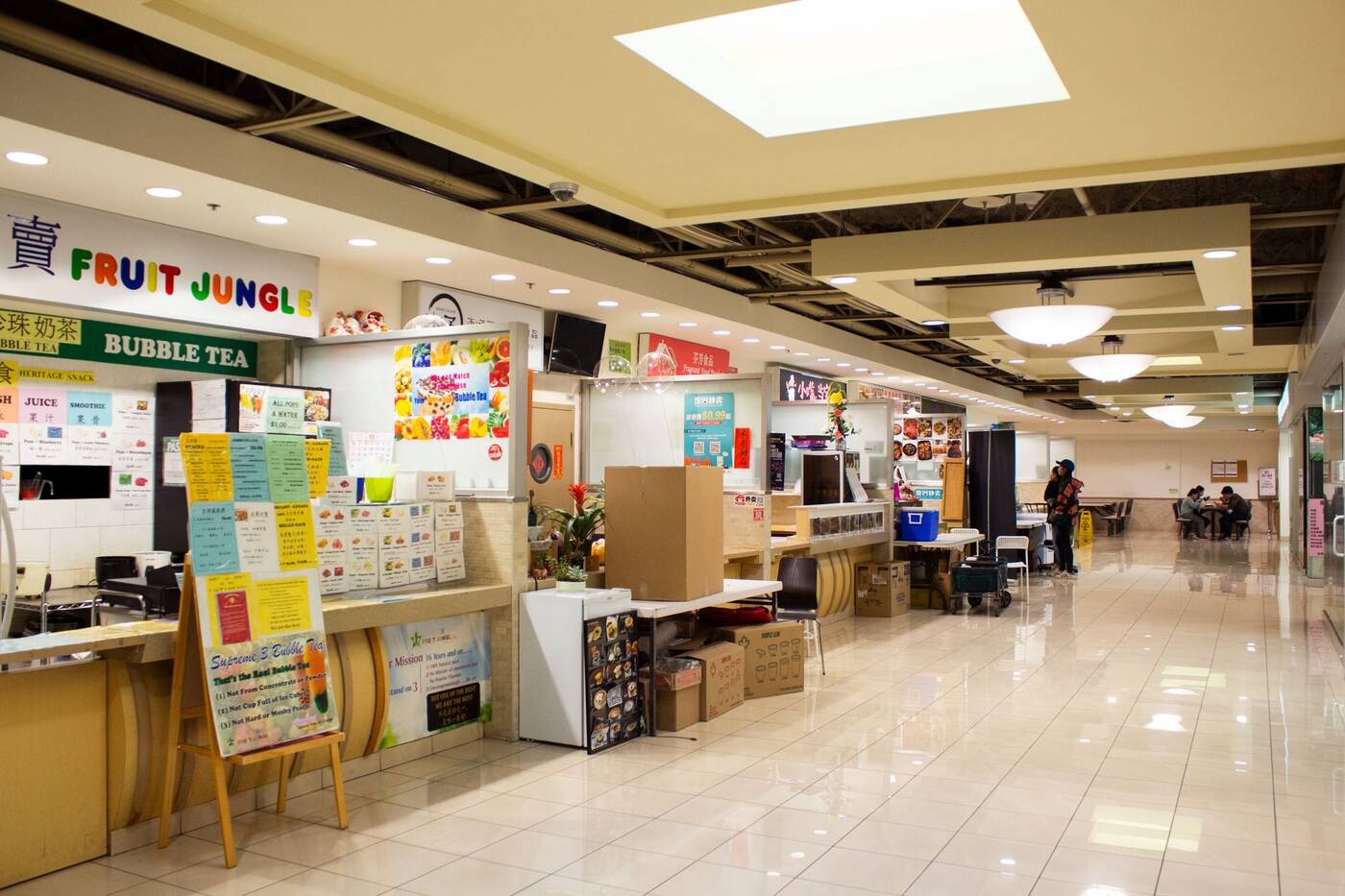 An upstairs food court consists of just four stalls and a few tables.

Those businesses have long gone: today, the only restaurants left here are Ichiban Asian AYCE and the Market Village transplant Graceful Vegetarian. 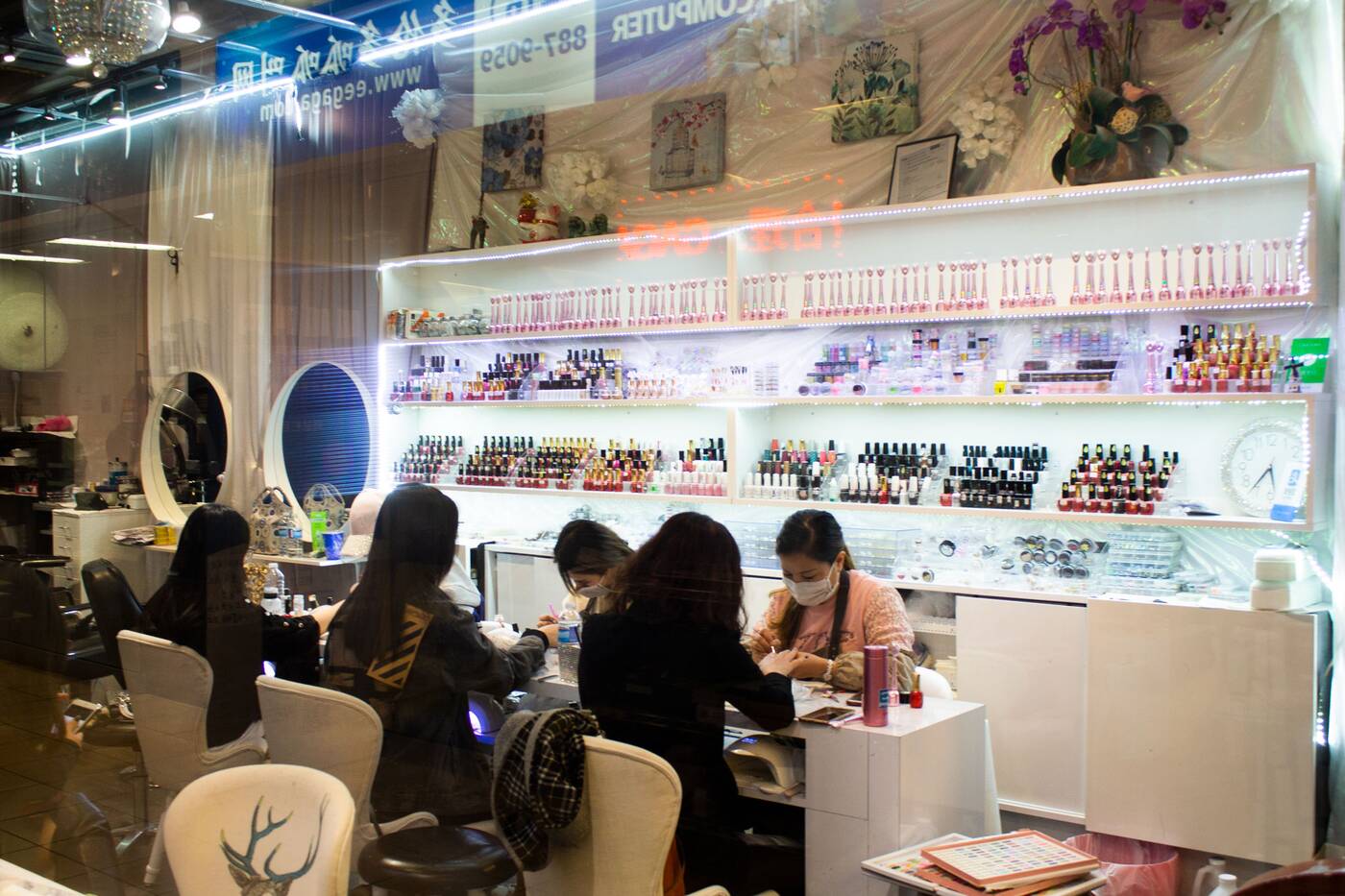 Nail and hair salons are what keep this mall busy.

But what the mall lacks in eateries (a sad food court upstairs comprised of four stalls which, at first glance, don't look fully functioning) it makes up for in nail and hair salons, which liven up the otherwise quiet corridors with customers and the sound of hair dryers. 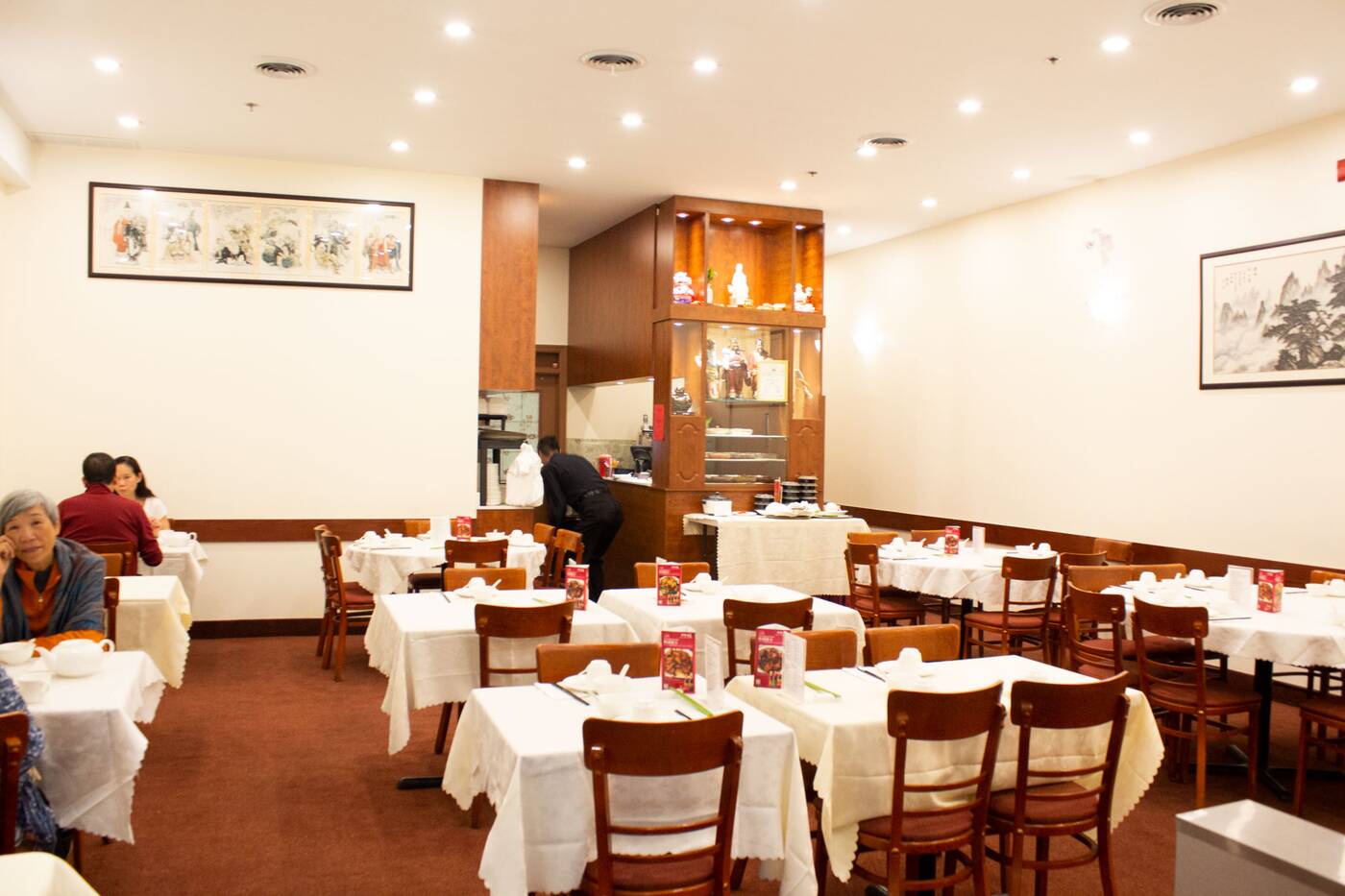 Graceful Vegetarian restaurant is one of few businesses that bring in customers.

Aside from that, it's a strange hodgepodge of businesses that range from traditional Chinese wares, herbal medicine stores, a sneaker cleaning service, an unmanned Pali Pali claw machine arcade, a store selling realistic air guns, and quiet acupuncture centres. 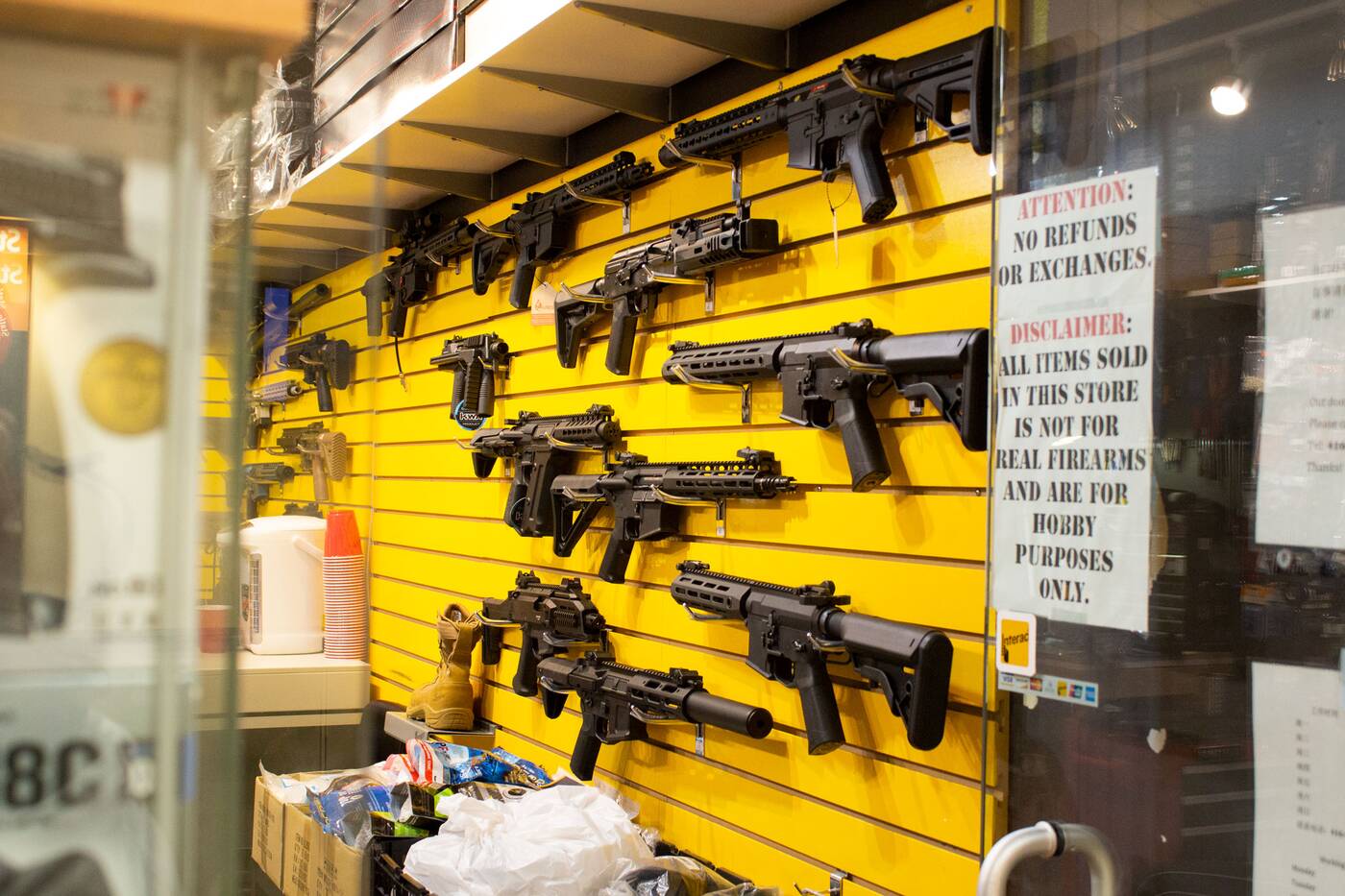 A store on the second floor sells fake firearms. 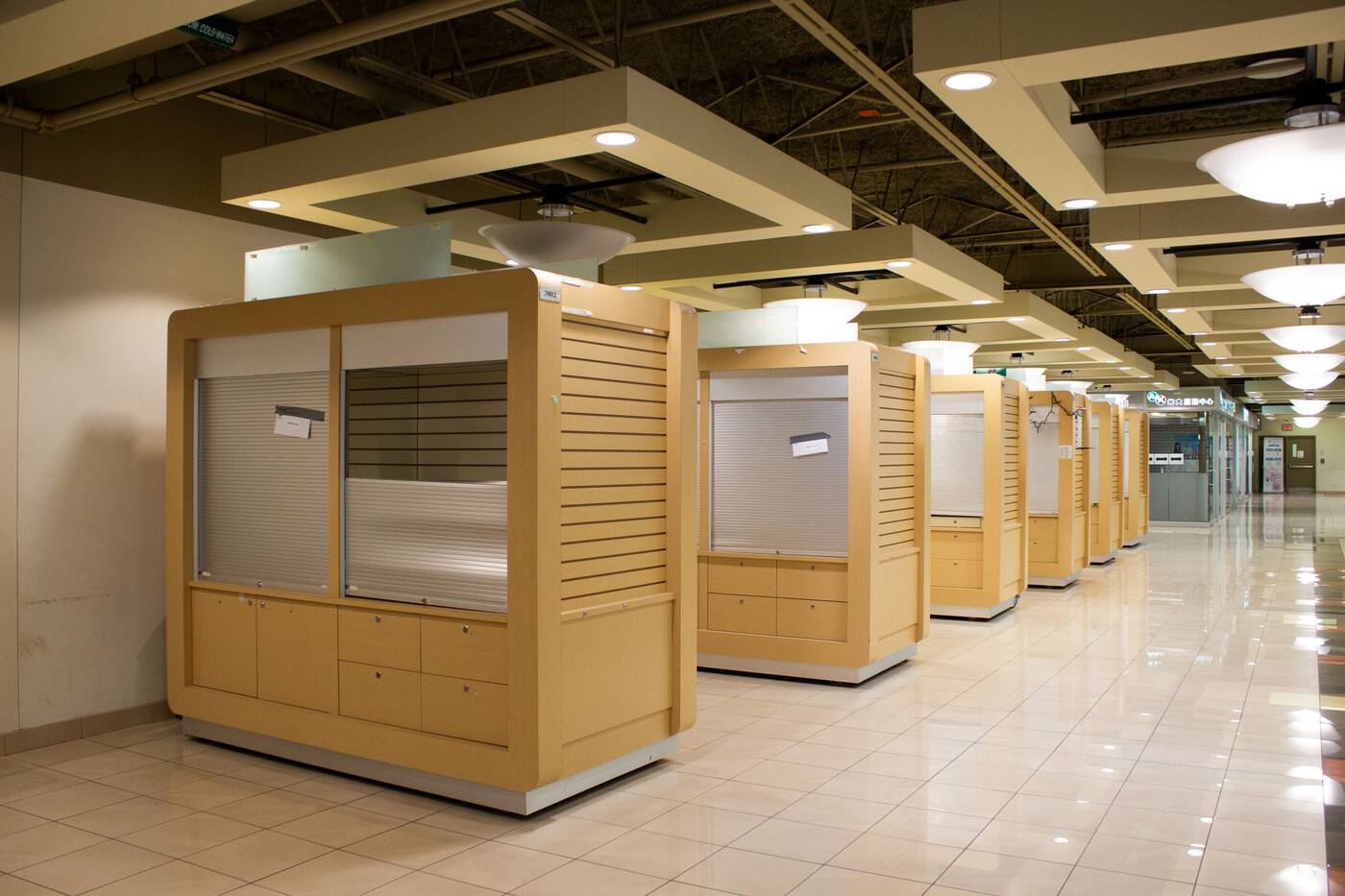 A corridor of stalls remains empty.

The second floor is particularly barren: there's tons of empty storefronts here, and a depressing aisle of vacant booths lining the western wall. 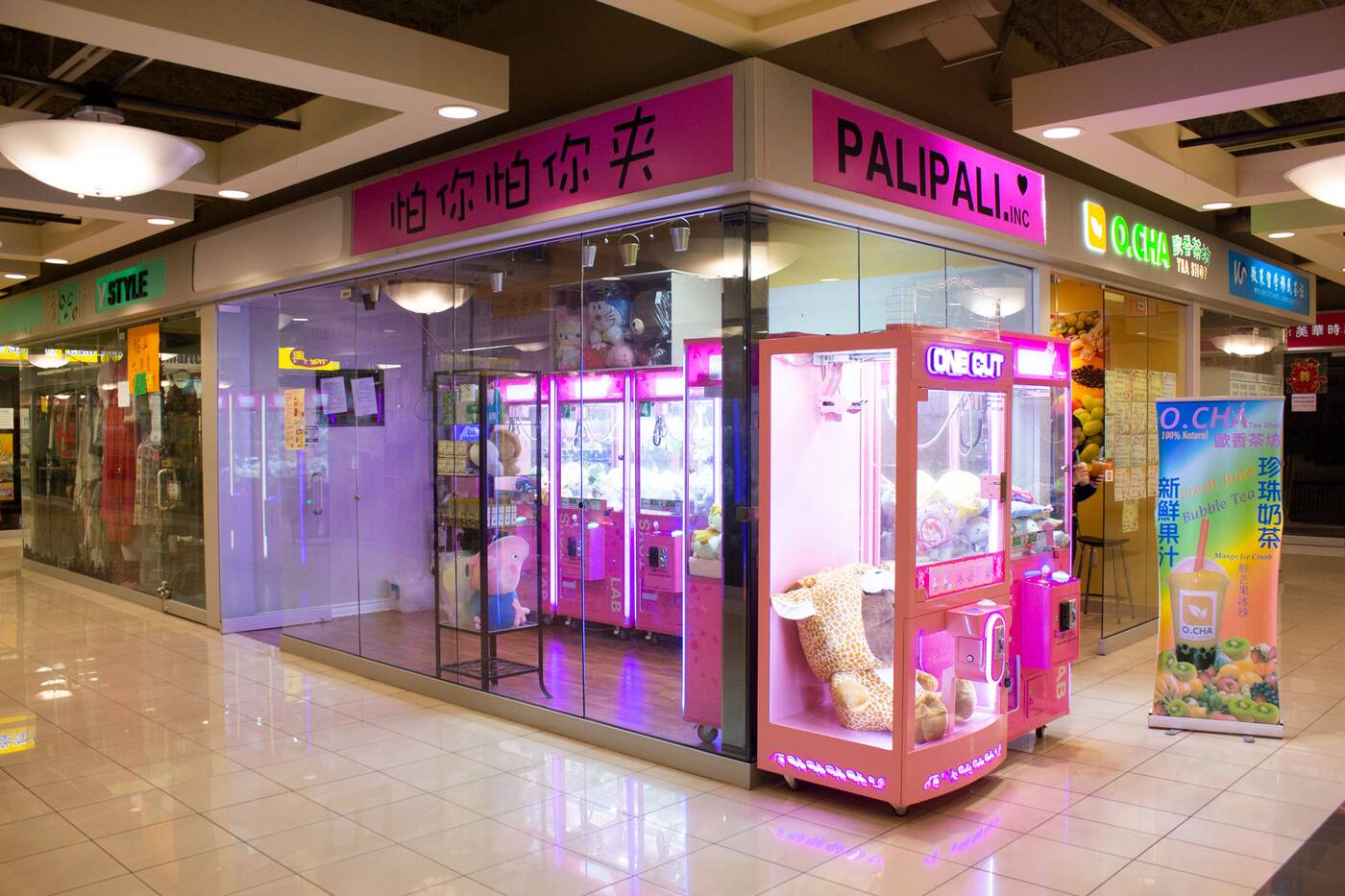 Pali Pali was the first Toronto location ever of this unmanned claw machine arcade.

I'm told that more changes are on the way: business offices will soon be the main tenants on this floor. There might even be a third floor added, though that rumour has been circulating for years. 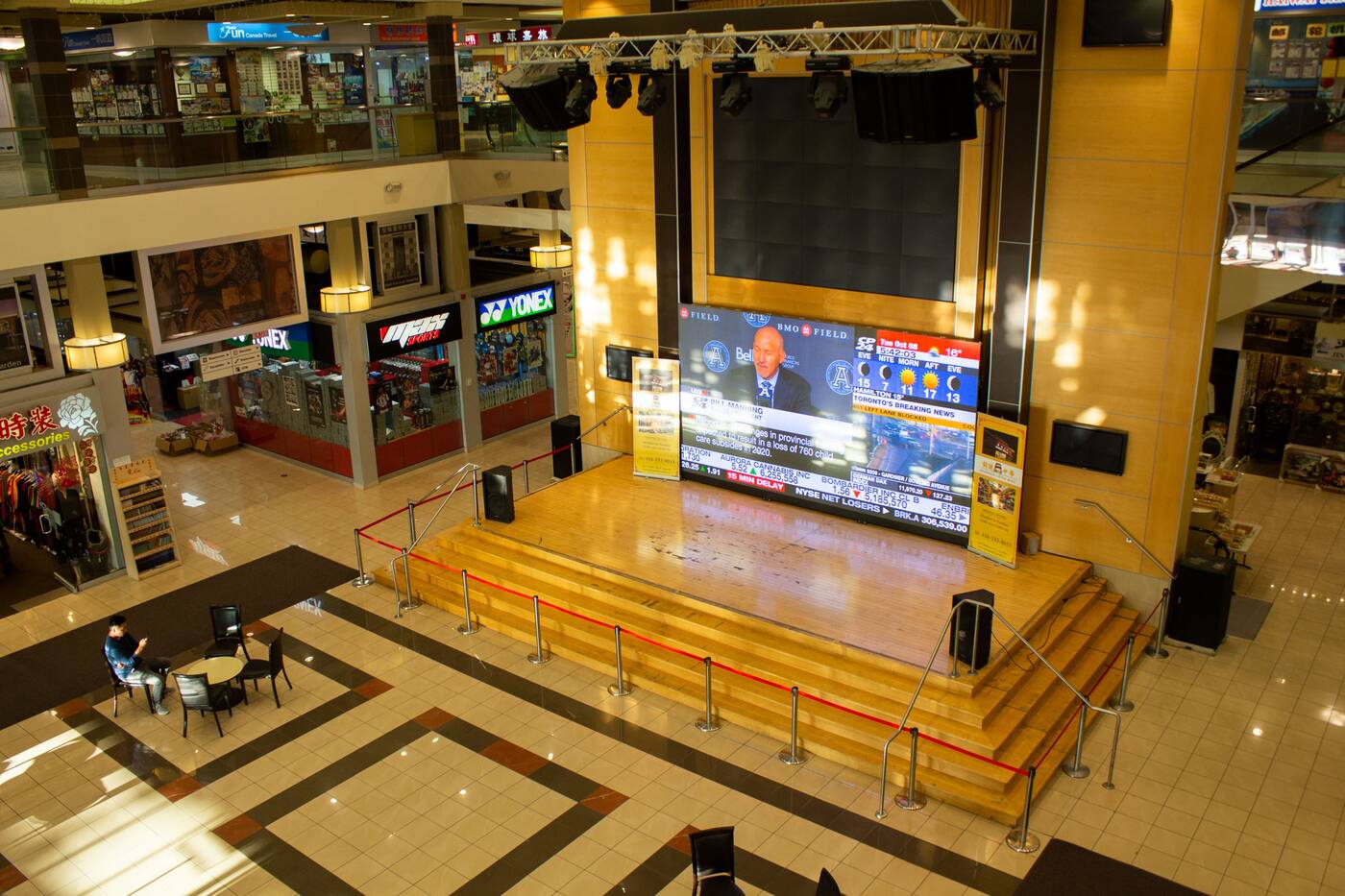 The huge stage at the front of the mall hosts events on occasion.

Until then, Splendid China Mall's saving grace is its towering main stage, where cultural events, holidays, and occasional Chinese celebrity concerts will occasionally bring out crowds who are eager to fill out the space. 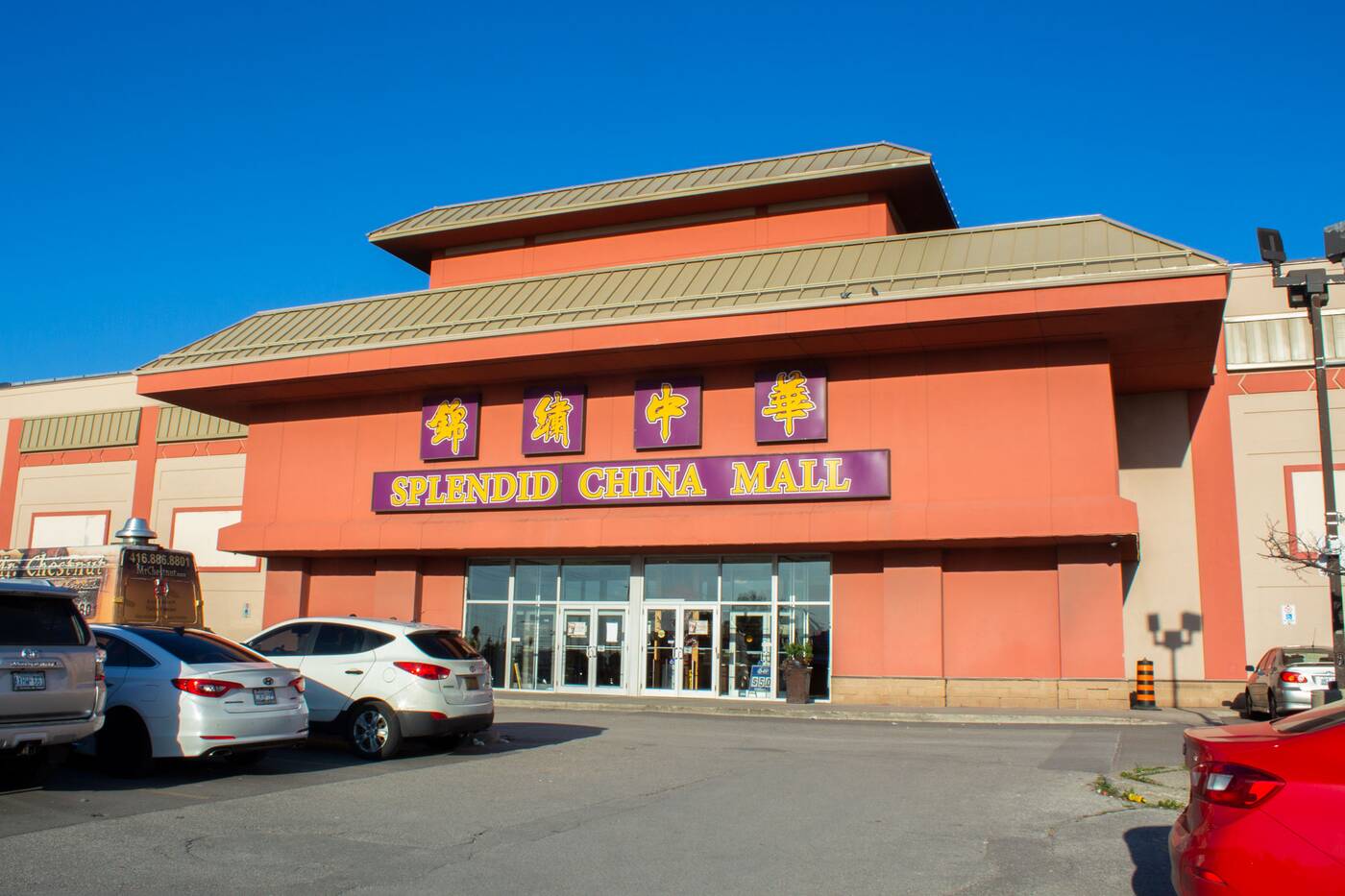