Get to know a barista: Josh Flear of Sam James

Everybody loves Sam James. It's the coffee bar without the panini press or the WiFi, where you probably won't get a seat, on a tiny strip of shops on the otherwise retail-barren Harbord Street. But it's become the gold standard for an espresso shot, and a place to bother making the detour up from College or down from Bloor. Even if the avuncular, eponymous Sam isn't behind the counter, you'll likely get your coffee from a barista like him - someone as unflappably casual as Josh Flear, who walks a few feet from the espresso machine to do his profile, the better to keep an eye out for the next unexpected rush.

Just under a year. 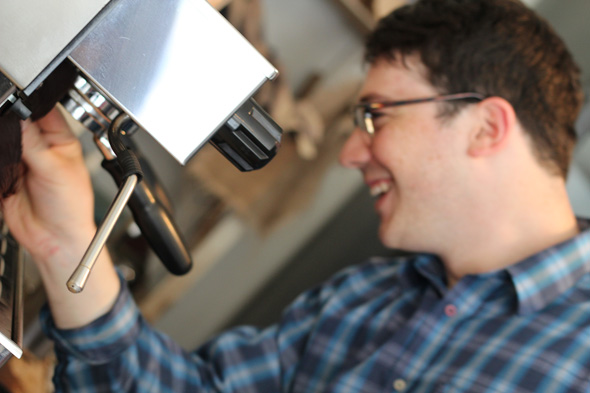 Rick's a big favorite of mine - he comes in almost every day and gets a cappuccino and he's really fun. You'll see him outside of here and say hi - we do that to all of the customers.

No, I do not. Really, lately I just spend most of my time working here. 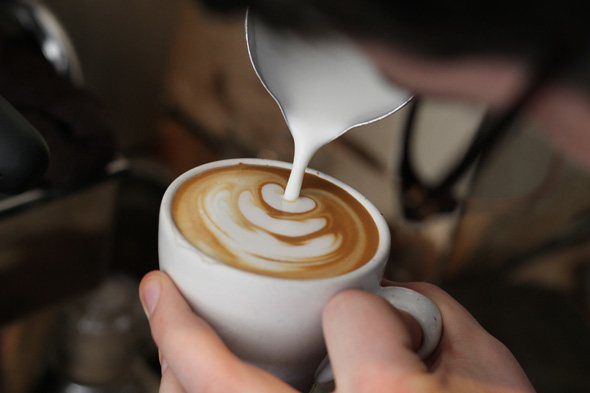 I grew up raising chickens - my parents still raise chickens.

Right now, my backyard. We just moved, so for the first time since I moved here we have a backyard, so that's nice.

I really like listening to Sweetheart of the Rodeo, the Byrds album.

What's the simplest way to order a complicated coffee?

I guess just say what you want. We're not too pompous about it here. We'll say how we do it and things that we're not willing to do, so it's not too tough.

I usually just have a cortado. It's the simplest. 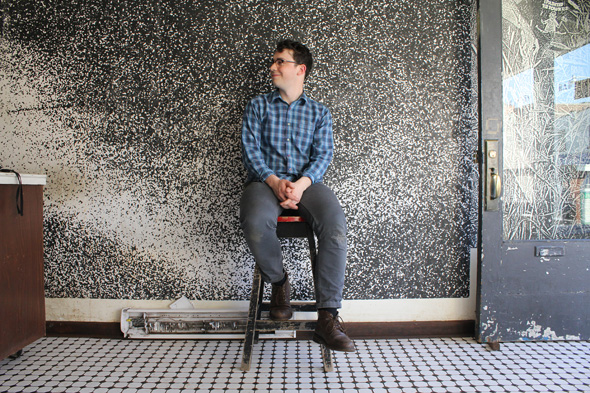 Get to know more Toronto baristas via our Pinterest board.