Behind the scenes at Sweets from the Earth bakery

Sweets from the Earth was around long before vegan eats became 'mainstream' (mainstream in Toronto, that is). Poised to soon celebrate its 10th birthday, this all-natural, vegan, and nut-free bakery began humbly in the apartment of Montreal native Ilana Kadonoff. 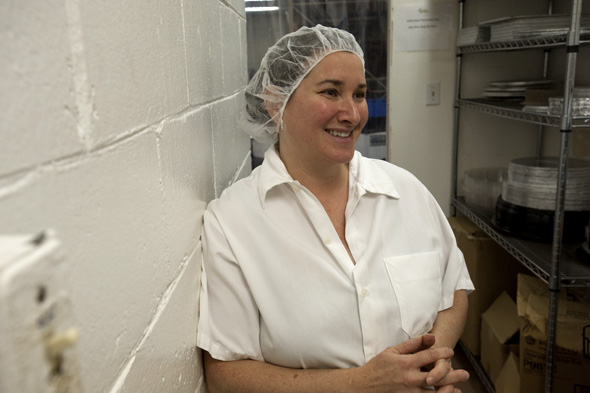 I meet Ilana at the door of one of her two production facilities, evidence that the business has certainly outgrown its modest beginning. The bakery is situated on a strange street near Keele and Bloor, where production spaces are intermingled with residential. "I was vegetarian from a young age," Ilana says as we don hairnets in preparation for our tour through the vegan bakery. "When I started baking, it was really hard to find any types of vegan desserts." 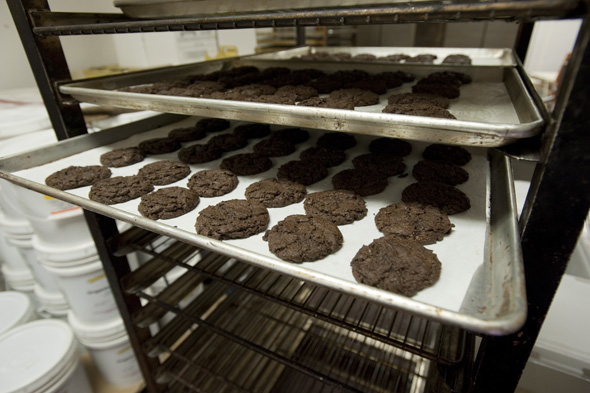 So Ilana took the onus on herself, but only after studying at Western University and the University of Toronto. She moved out west to learn the art of pastry-making, returning to Toronto shortly afterwards and taking a job in a restaurant. "I was working with animal byproducts all day," she laments. 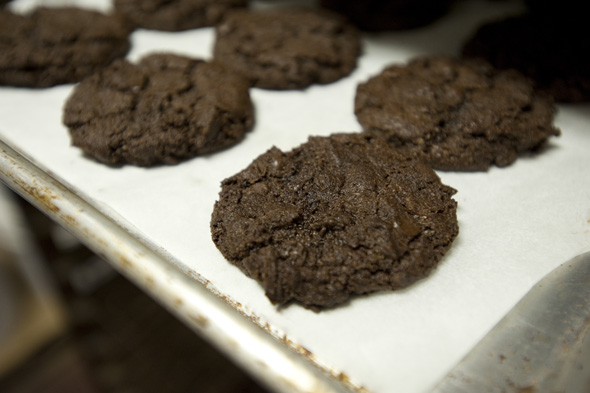 "So I just bought random ingredients and started testing things out," she says. And 10 years later, Ilana has a flourishing business and two separate bakeries â one of which is vegan and nut-free, while the other is entirely gluten-free.

All Sweets from the Earth products are certified kosher, free from refined sugars, and made from only natural ingredients. "We don't even use extracts," Ilana says as we make our way past the vinyl strip curtains. "For something like mint, we'll take the leaves and run them through a juicer." 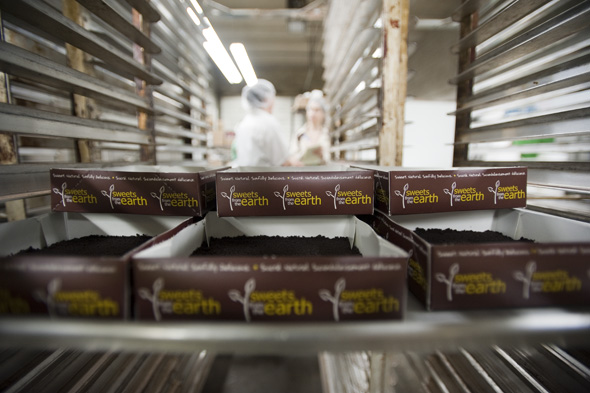 That mint would likely be used for Sweets from the Earth's peppermint Nanaimo bars, a favourite among the gluten-free options. But the hands-down winner on the gluten-free end has to be the flourless cashew cookies. "They actually started out as a peanut butter cookie," Ilana says. "But someone on staff had an allergy, so we changed it."

Collectively, the two bakeries produce everything from chocolate cheesecakes to lavender cupcakes and oatmeal raisin cookies, all of which can be found at various cafes and grocery stores around Toronto. 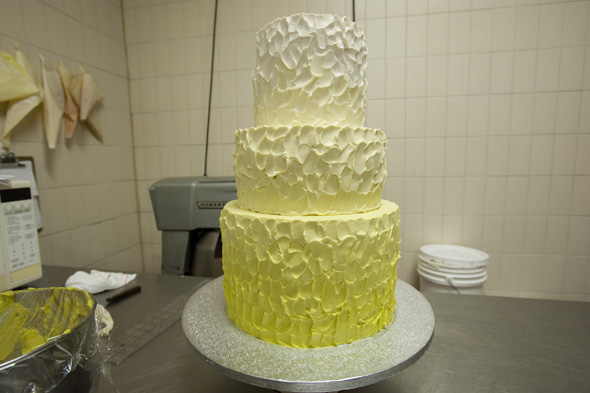 They also take special orders for weddings and birthday cakes, and we're lucky enough to stop by as one staff member is putting the finishing touches on a green ombre three-tiered cake. "Lemon, chai, and carrot," the woman replies when I ask her about the tier flavours. I think she can see my salivary glands kick into action. "I know, right?" 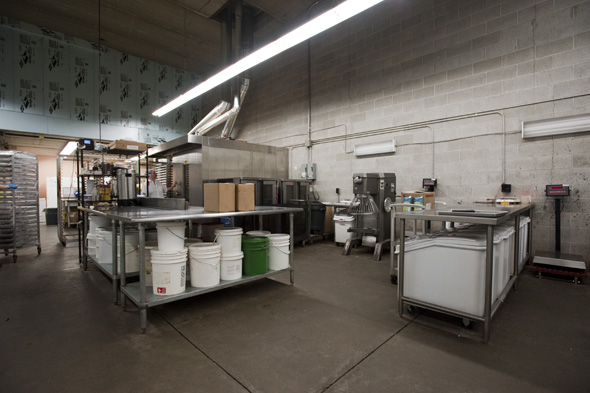 We move through the vegan, nut-free bakery watching another baker whip together an orange cranberry batter. After passing through the back exit, we cross the rear alley and enter the gluten-free facility. "We've had this for about three years," Ilana says of the gluten-free operation, which to her seemed like the natural next step. The space is open and airy, converted from a former auto garage. 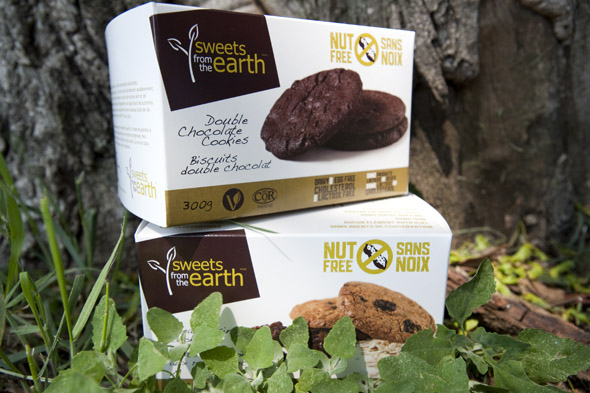 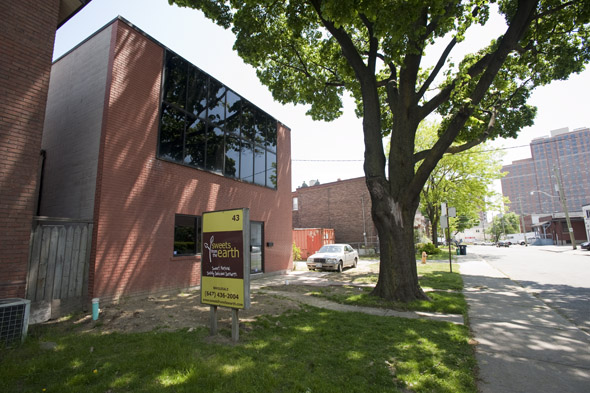 "Maybe... I don't know... we've thought about it," she says. "Really, it changes daily. For now we're happy with what we're doing. But you never know." In the meantime, Sweets from the Earth is busy making up to 30 deliveries a day, five days per week, while Ilana tests out new sweet treats in her vegan and gluten-free kitchens.

For more Toronto bakers and their goods, check out our Toronto Bakers Pinterest Board.