Where to eat and drink around Glendon College

The short answer is nowhere. Yes, those leafy trees, vacant roads, and gentle buzzes of nature are lovely, but they also mean that you have to hop on a vehicle for a taste of something beyond the caf. You would think the French-heavy Glendon focus would seduce a petite bistro or patisserie or two to the area, but as of yet, Glendon students are resigned to take a bit of a trek for something to eat or drink. Fortunately, though, great food is but five minutes or so away, and a new student-run co-op is set to offer some tasty (and conscience-friendly) fare. Here are some places to eat and drink around Glendon College.

Lunik Co-op
While the nuts and bolts of Lunik Co-op are still being finalized, this spot in is poised to offer burritos, soups, and other hearty lunch dishes. Located on campus in a 1920's Manor building basement, the cafĂŠ already offers ethical coffee, vegan treats such as muffins and chocolate fudge cake, and a bit of that youthful "for students, by students" attitude. Focus on ethics, health, and sustainability. 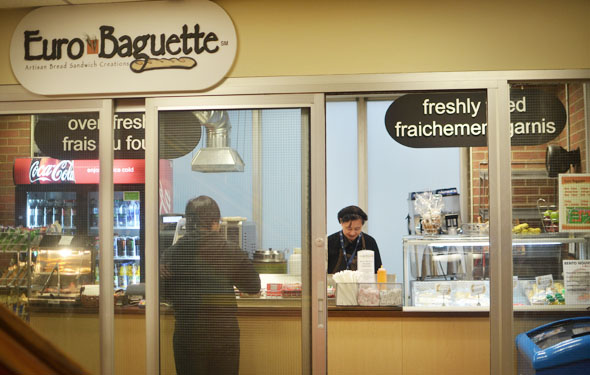 Euro Baguette
Euro Baguette is, uh, probably as authentic as a French bakery gets when it's run by Aramark. Open during the weekdays from the mornings to the early afternoons, Euro Baguette offers daily-made baguette sandwiches, as well as coffee, tea, and other sides. Might as well just cancel that trip to Paris. 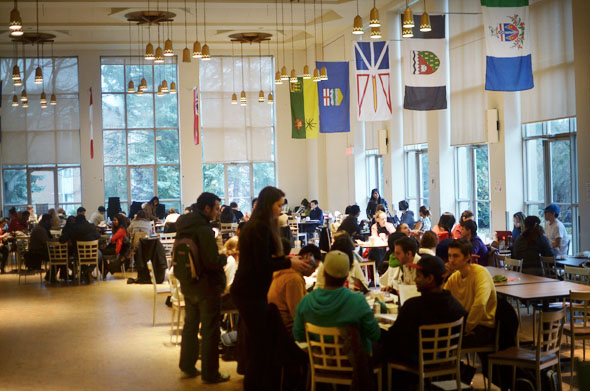 Amaya
And the trek begins, but for Amaya, it's worth it. This is North Indian cuisine at its finest, complete with butter chicken, parsi ribs, and plates of saag paneer and vegetable curry. While the prices for mains aren't exactly student budget-friendly, you've already spent the money on gas/bus fare/trekked in the sleet and snow, so might as well indulge, right? Or else, split a plate of beef masala sliders.

Organic Oven
Organic Oven is a great nearby student spot since it's safe for pretty much everyone. The cafĂŠ is nut-free, gluten-free, and has many vegan-friendly options. Along with daily-made baked goods such as cookies, cakes, and little pastries, the shop serves certified organic and fair trade coffee and soups, salads, and sandwiches. 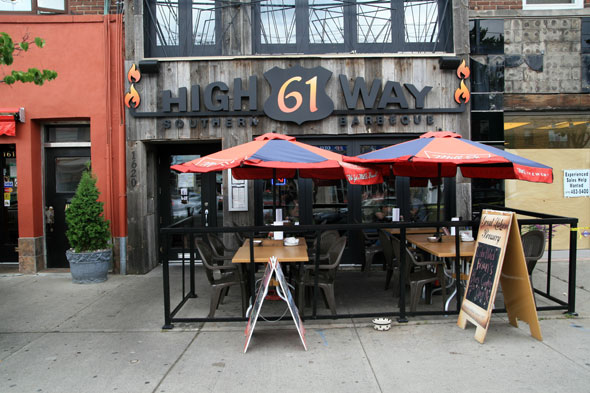 Highway 61
Fall-off-the-bone ribs should be the way to end every tough school day (right, Environment & Health Studies students?). Highway 61 does them slow-cooked and simply fantastic (they even bottle the sauce for you to take home), paired with a cold craft beer and live music four evenings a week. And for early morning study sessions, Highway 61 does (a gluttonous version of) brunch, too.

Riz Pan Asian
Riz is another crowd-pleaser, offering a little bit of everything in pan Asian cuisine plus a complete menu of gluten-free dishes. While the atmosphere isn't exactly conducive to sprawled-out group work, the Thai, Vietnamese, Szechuan, and Korean dishes are tempting enough to accelerate the process on campus. Riz also offers daily lunch special combos.

What did I miss? Add your favourite spots to eat in and around Glendon College to the comments below.