Dishcrawl kicks off in Toronto with tour of Queen West

Dishcrawl Toronto kicked off its inaugural event Wednesday night with a tour of the Queen West dining scene. Myself, and 50 other hungry foodies met near Trinity-Bellwoods Park where we were divided into Team Red and Team Blue, and given corresponding buttons. Teams? Was this a competition? Would there be ice breakers? I panicked a little and quickly thought of an item I would bring on a picnic that started with my first initial (radicchio...in case you were wondering). The sole purpose of the "teams," however, was to divide a large group of people into something more manageable for our restaurant visits.

The establishments chosen for the evening had remained a mystery until two days before the event, when ticket holders received an email detailing the crawl, and its line-up.Team Blue's first stop was Banu, where we were treated to a taste of Iranian cuisine. Unfortunately, we were running a little bit behind schedule already, as we got off to a late start, so it felt a bit rushed. Sit down. Shove Lavash bread and tapenade in mouth. Chug down a glass of Malbec. Move along. It was starting to feel like a competition after all, and maybe more of a dash than a crawl. 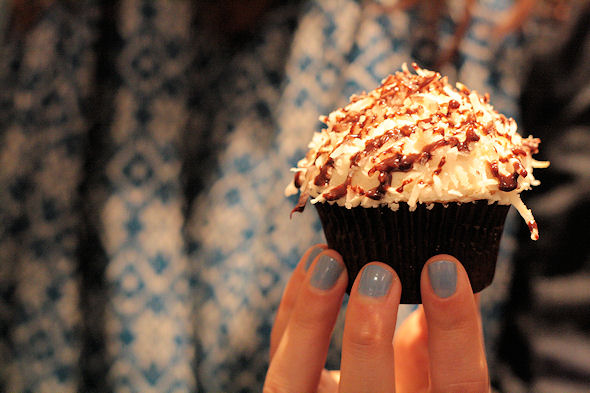 The pace eventually slowed down, and we were able to thoroughly enjoy stop number two, which was the cupcakery, DLish .Chronologically, this should have been our last stop, but DLish was already staying open after hours just for us, and I have no problem with a cupcake chaser so early on in the evening...no problem at all. We were given a whole cupcake each (no pint sized samples here!), and as if that wasn't enough, we were invited to go back for seconds. Naturally, everyone accepted and then we went out into the night, take-away boxes in hand, to walk off some of the salted-caramel, and red velvet goodness. Fairly orderly in fashion, and following our guide, our mob wasn't unlike a kindergarten class out on a field trip â all that was missing was the rope to hold onto. 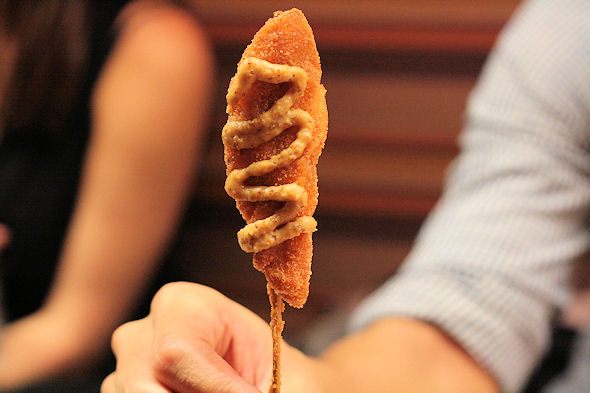 Next was Prague Fine Food Emporium, which is a store, deli, bakery, cafe and restaurant all rolled into one. As it was also after hours for them, the locked doors were opened just for us. I was beginning to feel quite special, not to mention full. An open-faced sandwich, schnitzel on a stick, deep-fried cheese, and a Pilsner-Urquell later, we were off yet again to our fourth stop, 5th Element to sample some Indian fare. 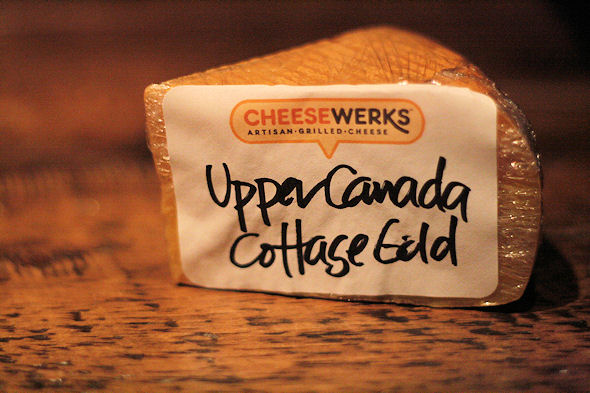 The last stop of the evening was a special one, as we were given a sneak peek into the soon-to-open Cheesewerks. It was here that both Team Blue and Team Red came together and harmoniously celebrated their love for cheese (it was some serious love). There was clapping and cheering as owner Kevin Durkee flashed PowerPoint images of artisan grilled cheese sandwiches on the wall. Oohs and aahs over the generous samples of brie, aged cheddar and blue cheese as Kevin taught us how to enjoy each one of them properly. And an ecstatic riot almost erupted when we were all given swag bags to take home that included a sourdough baguette from St. John's Bakery, salsa, pepper jelly and a big wedge of the aforementioned cheddar.I saw one couple exchange a hug after receiving their bounty. It was beautiful. Bless you, Cheesewerks.

For $39 a head, Dishcrawl provides a full evening of entertainment, a nice opportunity to meet fellow food lovers and a chance explore what Toronto has to offer in the way of gustatory delights.What started off as a race, and then turned into a crawl, ended up a roll of sorts, as 50 happily sated people (now sans team members) filtered back into the city
streets.