The World Poutine Eating Championship returned to Toronto on Saturday for its second year, taking place just outside Gate 11 at the Rogers Centre. Hosted by Smoke's Poutinerie, the event was officially sanctioned by Major League Eating (yes, such a thing exists), with two levels of competition: the Canadian amateur and professional championships. 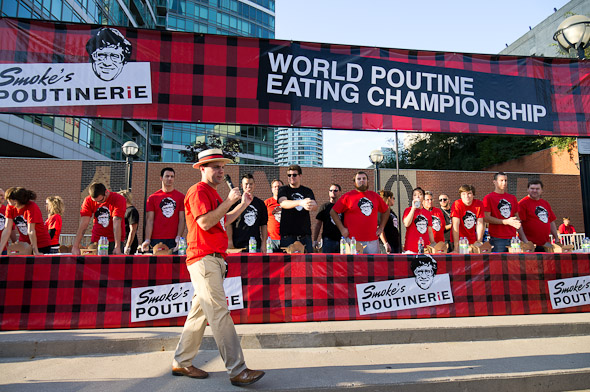 If you've never seen an MLE event before (and I hadn't), you don't really know what to expect. In this case, the contestants sat at a long table with two boxes of poutine in front of them. They're given a set amount of time in which they try to eat as much poutine as they can — the amateurs get six minutes, the pros get 10 minutes. When the clock starts, the "athletes" use their bare hands to stuff the food in their mouths, washing it down with water, as judges closely watch the action. 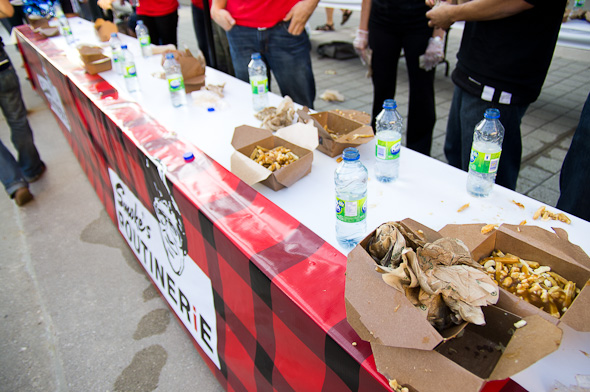 The amateur championship went first, and it didn't disappoint — the grand prize was free poutine from Smoke's for a year, and each of the 11 contestants ate like they really wanted it. It was borderline revolting to see half-chewed cheese curds and gravy smeared on faces and stuck in beards, but you really had to admire the enthusiasm that was on display. 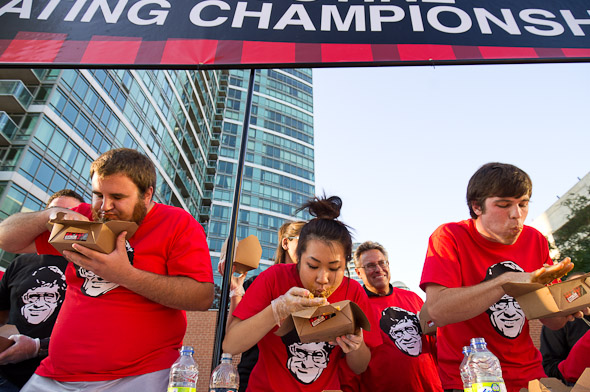 In the end, 24-year-old Aabid Patel was victorious. Asked what he planned to do with his prize, Patel revealed an altruistic idea. "My plan for this prize is to feed the homeless," said Patel. "To be perfectly honest, I don't really eat poutine that often, but there's a lot of homeless guys around King and Bathurst, and my plan is to give a poutine to a different one every day," he said. 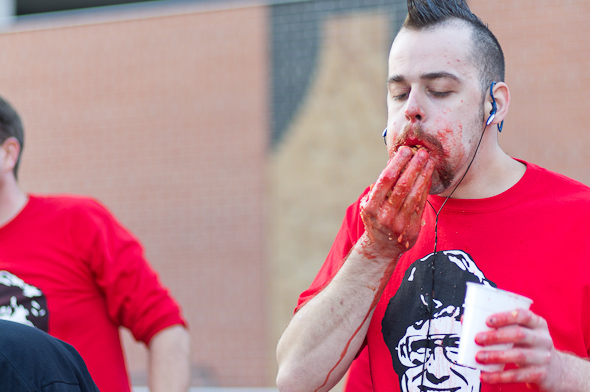 The pros were up next, and many in attendance were wondering if last year's champion, Pat "Deep Dish" Bertoletti, could match his previous total of a whopping 13 pounds of poutine in 10 minutes. The lineup was loaded with stars of the world of professional eating, with Bertoletti, "Buffalo" Jim Reeves, and William "Wild Bill" Myers vying for the title. And make no mistake, these pros know how to eat. Watching them stuff poutine down their throats at just shy of the speed of light is an visual experience that I'll never forget, for better or worse. 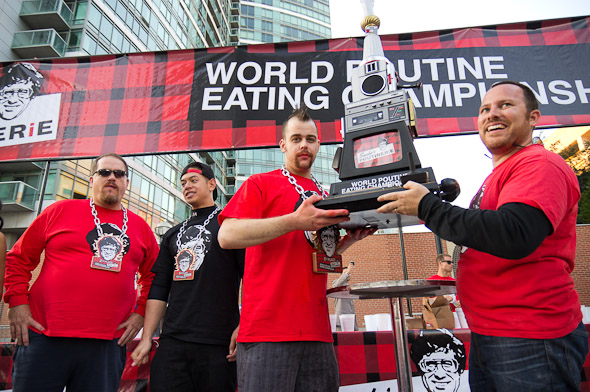 In the end, Bertoletti devoured the poutine and the competition — putting away just shy of 10 pounds for the victory. For his efforts, he earned $4000 and the enormous World Poutine Eating Championship trophy, which is essentially a stack of various electronics from the 80s, including an original NES controller (it looks a lot cooler than it sounds).

Local boy Ben Do, who made a name for himself in last year's competition, finished in 3rd place, a very impressive showing amongst the pros. As pleased as he was with his finish, he felt that he could have done better.

"My total was a little less than I had hoped for, but everyone else's totals were a little low today too, so I'll take it," he said.

It may be nauseating to watch, and its status as a sport is worthy of debate, but professional eating is undoubtedly a crowd-pleaser, which should ensure the success of the World Poutine Eating Championship for years to come. 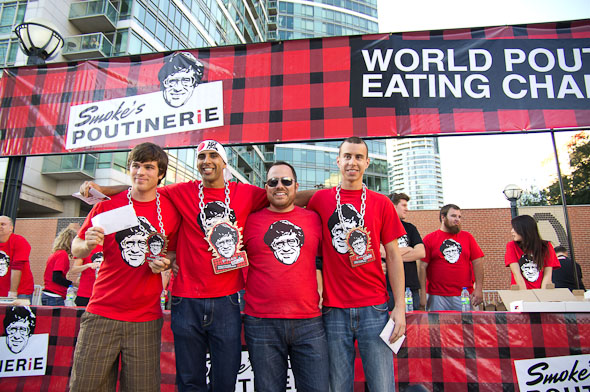 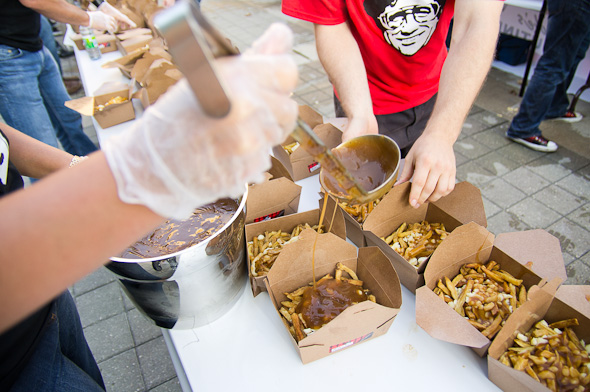 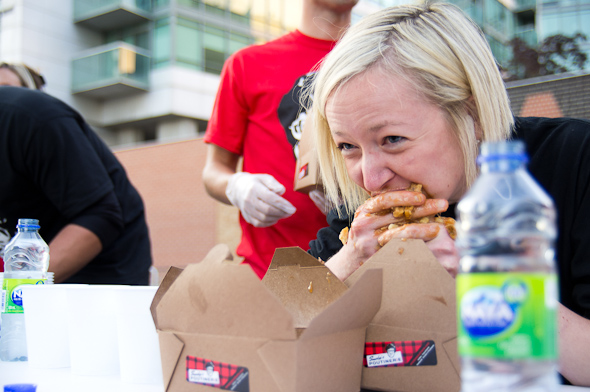 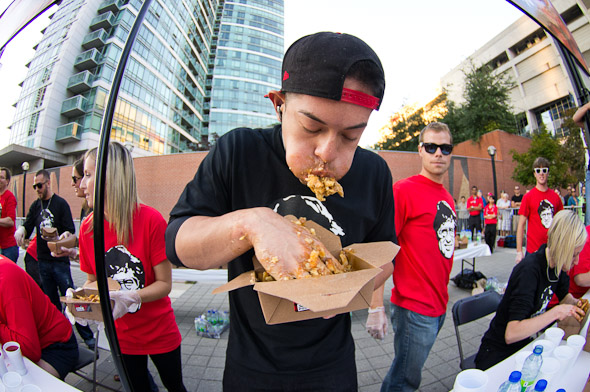 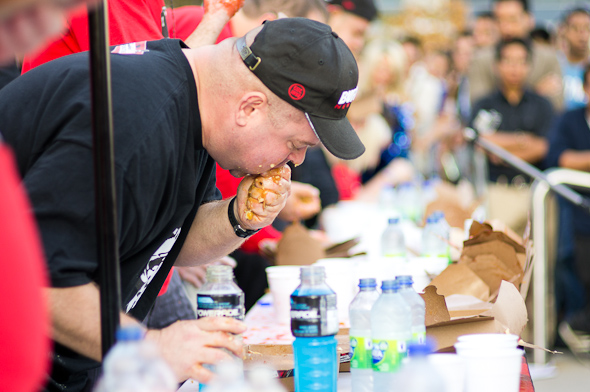 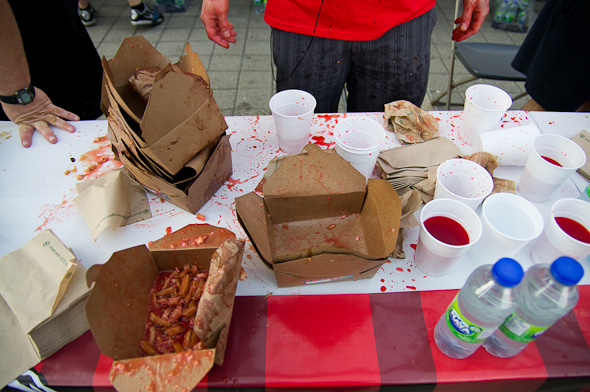