Over the years, The Blake House has worn a number of different hats. Its last incarnation was as The Red Lion pub, but before that it was a swanky supper club and long before that, it was simply one of many lavish estates on a swanky street called Jarvis and was owned by one Mr. Edward Blake.

Up until 2008, Edward Blake had the unfortunate distinction of being the only leader of the Liberal Party never to serve as Prime Minister. 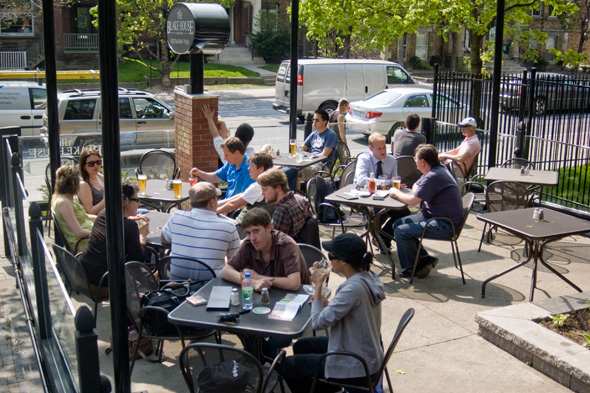 Now, that isn't to say that Blake was a failure or a bad politician. Before his ascent into federal politics he was the premier of Ontario, and before that he founded the law firm - all the way back in 1856 - known today as Blake, Cassels & Graydon LLP. Besides, a Liberal not rising to form government was hardly a cause for alarm at the time--he was only the party's third leader.

So while he certainly had his failures, he had many successes too. Over the years his home, and his neighbourhood, has had a similar history. After years of poor planning and the destruction of the street's original tree-lined character, there are cautious reasons to be optimistic about Jarvis Street, and nd there's no better way to enjoy the neighbourhood than from The Blake House patio.

Who goes there?
The Blake House caters to a pretty broad demographic. During my visit I noticed a number of different accents--mostly from the British Isles--which leads me to believe this place might be popular with tourists. For the most part though, you'll find people meeting for a drink after (or perhaps during) work. It's a relaxing, casual atmosphere that's perfect for wasting away an afternoon. 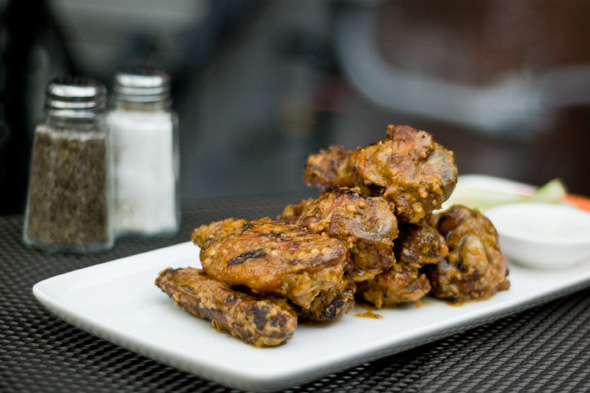 Grub and Libations
Everything on the menu at the Blake House is made in house, from the samosas and spring rolls all the way down to the ketchup. Although this isn't such a rare thing anymore, it's still noteworthy for a pub. And, really, it's something patrons should be able to count on when they sit down for a meal: if I wanted something that was reheated I would make it at home.

Try the baked then grilled chicken wings ($11), tossed in a roasted habenero sauce. I know, wings are about as common as Tim Horton's these days, but The Blake House makes them special with a fiery sauce that pairs perfectly with the low and slow tenderness inside. But heed this warning, they are hot, so make sure you've got a pint of Wapoos Cider ($6.50) or Grasshopper ($5.95) on hand to put out the flames. 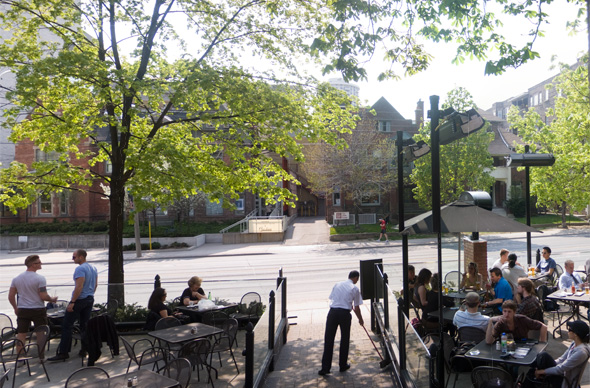 Odds of scoring (a seat)
The Blake House sits kind of like an island on Jarvis, halfway between Carlton and Wellesley. There is very little commercial development around it, and therefore, little foot traffic. That means the people who are there made plans to be. But that can be a benefit; it means if you're one of those people with a plan, there a better chance there'll be a seat for you.

A view to a...
The glory of Jarvis Street should not be undersold. These days it's one of the major arteries of the downtown core and as such, there is always something happening. Personally, I like to just watch the cars zoom by. Particularly if it's mid afternoon on a weekday... I just always feel pretty lucky when I get to sit outside mid afternoon on a sunny day and watch as the world continues to happen without me.

SPF Recommended
You'll find a little reprieve from the UV rays until the enormous chesnut tree, and if it's particularly scorching there are umbrellas on request. But truthfully, one of the major benefits of this place is the openness. It's a big, beautiful west-facing patio peppered with chestnut trees. What more could you ask for?

Overall impressions
The folks at the Blake House have put a lot of work into the place since they took over, and it shows. They've just installed radiant heating for when the nights get a little cool as well as planters up front, a glass fence around and new patio furniture. The thing is though, this would be a great patio regardless. It's just a great space and Jarvis being a mature neighbourhood, there are mature trees giving the area a bit of a natural canopy. It's worth the visit. 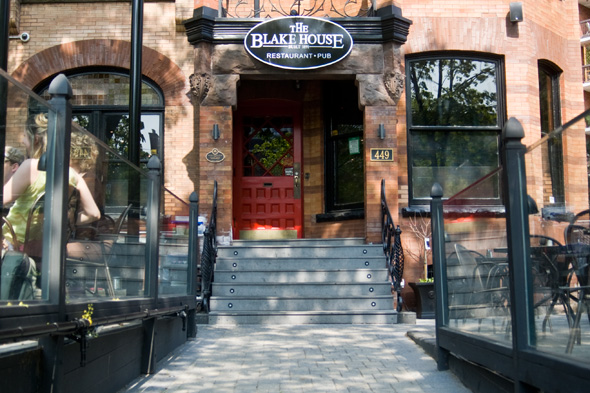