I was pleasantly surprised by the turnout as cloudy skies gave way to rain and wet snow in the early afternoon. All those in attendance were bundled up and had their hands wrapped around a cup of hot soup or hot chocolate as they listened to the vibrant sounds of live Mariachi music. 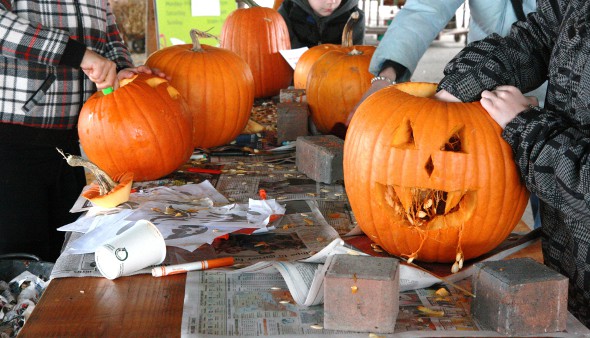 A colourful Altar was on display made up of marigolds, candles, sugared skulls & pumpkins. The traditional /Ofrenda /honours those that have passed with gifts of food and beverage, encouraging their souls to take part in the celebration of remembrance. The jolt of colour was a welcome sight, as the Brick Works pavillion of concrete, brick & steel felt slightly austere on the overcast day. 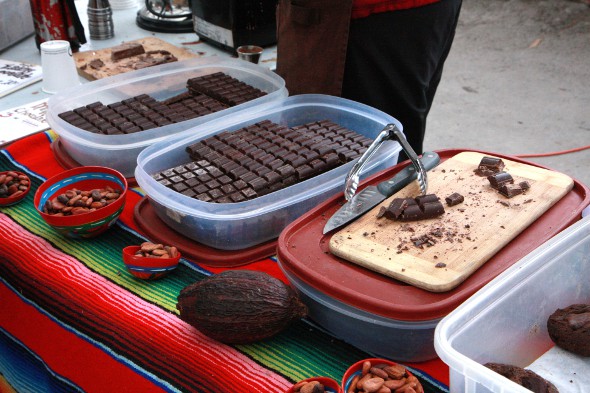 I began with cinnamon-scented Mexican drinking chocolate from ChocoSol. Blended until frothy on the spot, it was just the thing to warm my soul and awake my palette. Although there were a few pastries available, noticeably absent were churros. I was almost certain they would be in attendance, and the fried pastry would have been perfect to dip into the rich hot chocolate. 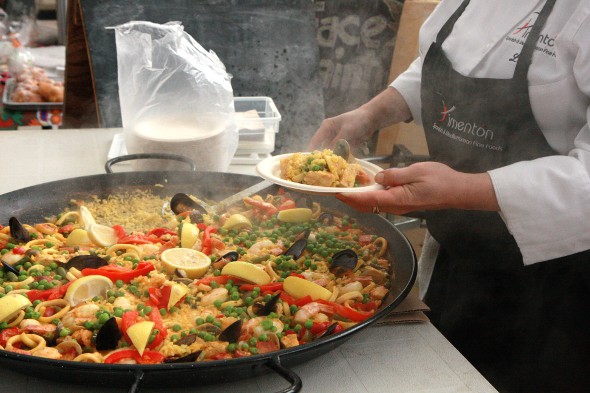 The highlight for me was watching a traditional chicken and seafood paella being made right before me. The shallow paellera bubbled with chicken, shrimp, mussels, clams & squid rings nestled amongst saffron tinted rice, sliced red peppers and peas. A crowd hovered closely and as soon as it was ready, the paella was all but gone.

A long harvest table was set up down the centre of the pavillion, where samples of the paella were quickly devoured. The communal table encouraged the celebratory feel for the afternoon; where bread was broken and entertainment was enjoyed.

Local veggies from vendors at the Brick Works Farmer's Market were roasted on an open flame, alongside swiss chard from the Brick Works gardens to promote locally grown and sustainable foods. Fiesta-goers gathered around the flame to sample the simply roasted root vegetables, and to soak up the warmth from the fire. 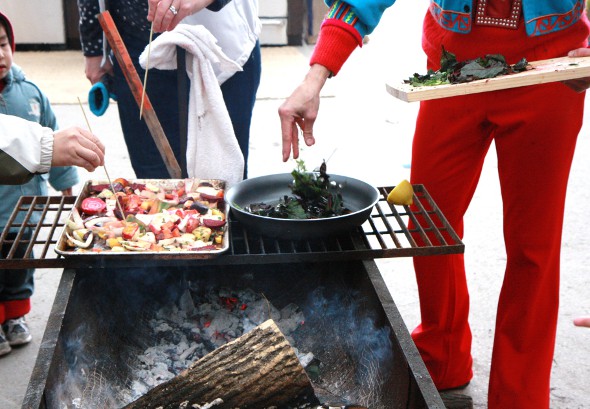 The celebration combined traditional Mexican festivities with a few typical Halloween and autumnal activities such as pumpkin carving and children's face painting. Children (& parents alike) were encouraged to dress in costume. A couple of my favourite costumes included a compost bin & a T-bone steak. A few tiny pumpkins could be seen wandering around as well.

The Food Network's Food Jammers also made an appearance toting their industrious apple cider press. I don't believe any of the cider was actually sampled. However, there was plenty of the tart and tangy beverage available from Bizjak Farms next door. In stark contrast to the early afternoon, the day's events wound down with clear skies and sunshine. A fitting honouring to all the spirits and souls in attendance. 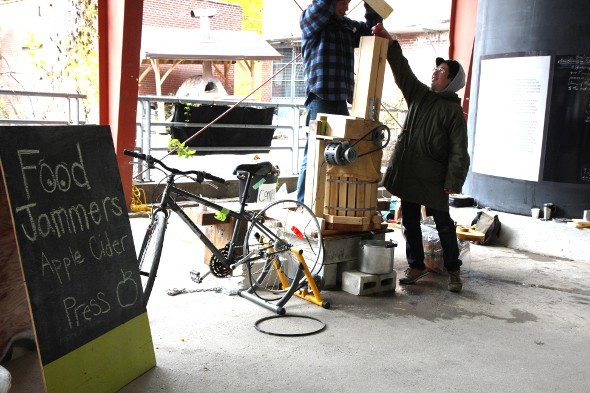 Writing and photos by Jazmine Sangalang