There are certain Toronto neighbourhoods that have become virtual incubators - the kinds of places where every other car has a car seat or two permanently strapped into the back seat, where wagons and strollers have pushed the Muskoka chairs off the porch, sidewalks are covered in wild chalk scribbles, and the local playground gets busier than St. Lawrence Market on a Saturday.

They're the sorts of areas that couples move to because of the restaurants and bars, but discover they're no longer as welcome as they used to be when they try to push a stroller through the door. It's inevitable that these are the neighbourhoods where kid-friendly cafĂŠs will start to sprout - a place for moms (and dads) to get a dose of java and a muffin without worrying that their bawling toddler or their breastfeeding will invite a wave of stink-eye from adjacent WiFi parasites. 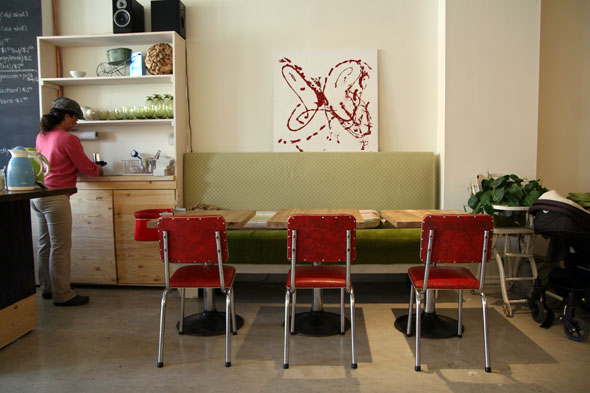 Leslieville got its first kid-friendly coffee shop this week, with the opening of Lil' Bean N' Green, the brainstorm of three friends who saw the need for a place to recharge while their offspring had room to roam. "As a parent, especially a new parent, you feel isolated, and you need to reach out," said co-owner Meray Mansour, who recalled the December when she and pal April Cook both gave birth. (Mansour's sister-in-law, Laura Hing, is the third wheel of the tricycle.) 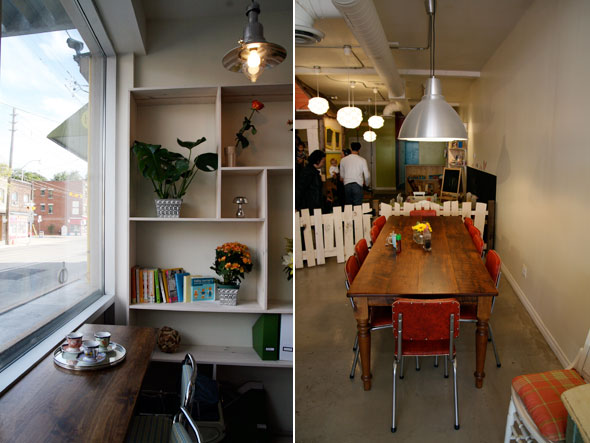 The choice of Leslieville was obvious: "The three of us live in the area, and there seemed like there were more strollers on the street than people walking." The result is a big, bright room with a dignified, adult space at the front, and a rubber-floored area at the back complete with treehouse. The menu leans to the organic, with gluten-, milk- and nut-free options, and the trio have plans for read-alongs, puppet shows, dance, arts and crafts, yoga and baby CPR classes. 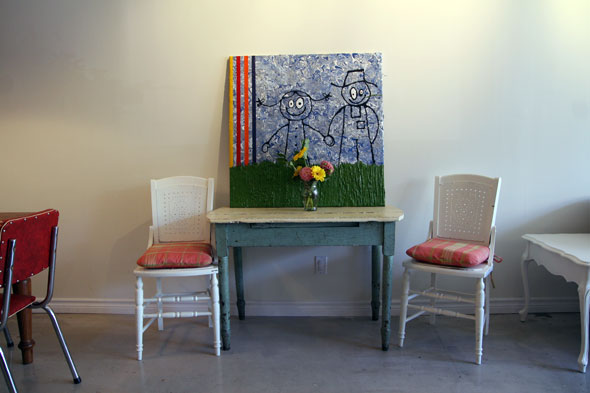 Leonor Filipe opened the Gingerbread House Family CafĂŠ in the Junction three months ago with a similar goal of providing not only food, but a social service for parents at loose ends, many of them on parental leave and faced with weeks and months stretching ahead of them in the almost constant company of someone who doesn't read newspapers or watch movies. 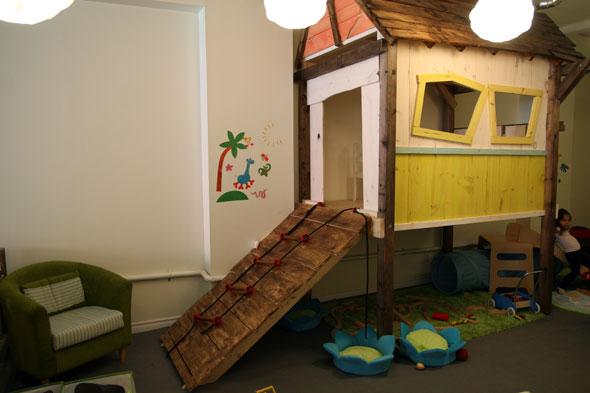 "I have a group of moms who come in for their 'weekly adult conversation,'" Filipe tells me. She says that creating relationships and forming networks with her customers is an important part of the job. "It was important for me not only to be family friendly but community friendly as well." 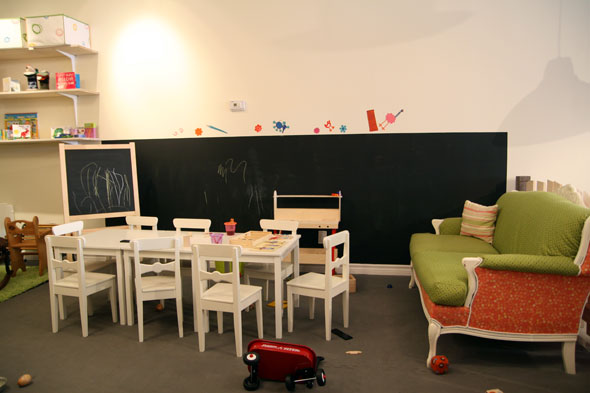 Filipe is expecting to have to hire on extra help in the winter, when inclement weather will drive customers off the playgrounds, but has already acclimatized herself to twice daily rushes, one before noon and one in the middle of the afternoon. "I always know when it's nap time in the Junction." 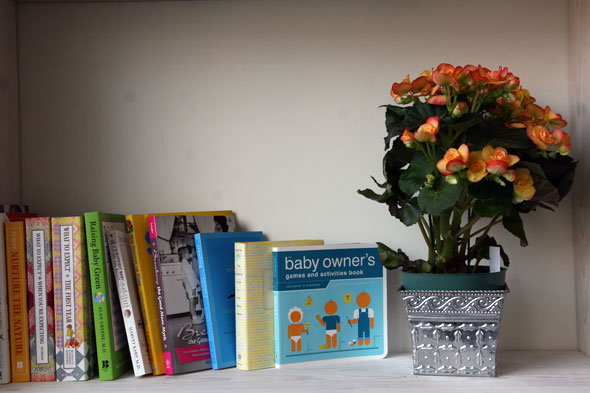 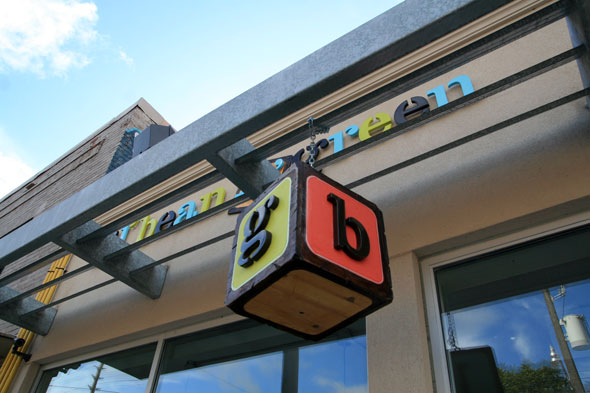