I went to this weekend's Roncevalles Polish Festival with two goals. One: Dominate the High Park progeny in a bouncy castle. Two: Find the best places for Polish food.

Finding authentic stuff, however, was a little tricky. The UN of cuisine infiltrated an otherwise Pole-tastic street party. Among sausages and sauerkraut were styrofoam plates of Greek, Malaysian and Spanish munchies. (At least churros are served on the same continent as Poland, right?) Even Tiny Tom donuts made an appearance. 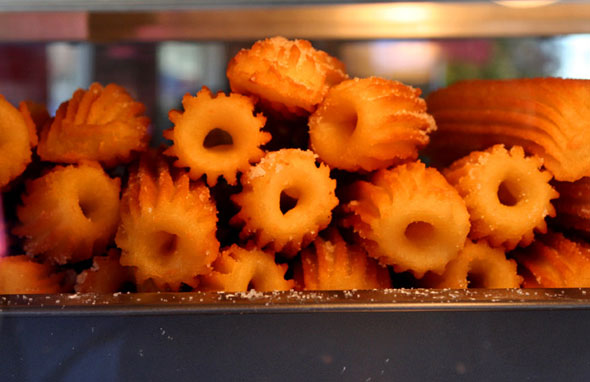 Back to the task at hand, key Polish spots were (fortunately) easy to distinguish by (unfortunately) gigantic line-ups; classic Roncesvalles go-tos like Granowska's for baked goods, hearty Cafe Polonez, and Chopin with its Anglo-friendly menu. After being rejected by the agist bouncy castle staff, the obvious next step was a visit to enthusiastically named Super Kolbasa. The deli offers endless coils of kolbasa, cheese and fresh-baked bread, while the shelves are stocked with foreign language, packaged treats for "guess the flavour" fun. 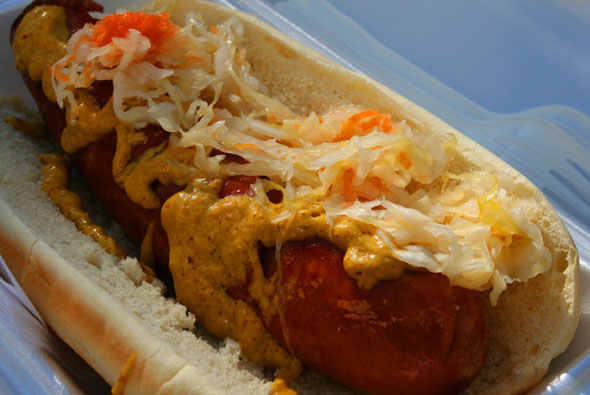 This year's festival made it clear that the strip is losing its cultural niche to more yuppie-friendly joints like Freshwood Grill or Buddha Dog (and as a young professional, I'm not complaining), so it was nice to see at least one dive serving $2 czerwony barszcz (beet soup) street-side to a patio of grey-haired, Polish men. It's just too bad none of them wanted to be my pierogi Daddy. 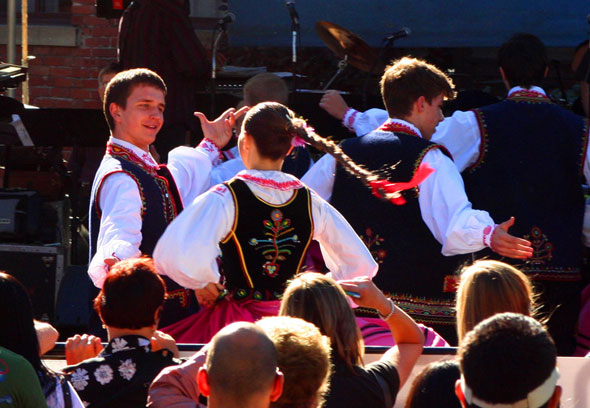 Writing and photos by Emily Stover.