I hate to post a photo like this because I actually really like the Dumpling House, but a reader sent us a photo that looks genuine. Seems the other day some rats were clearly visible through the window. Looks like there are three or four of them. A closer look and update after the jump. 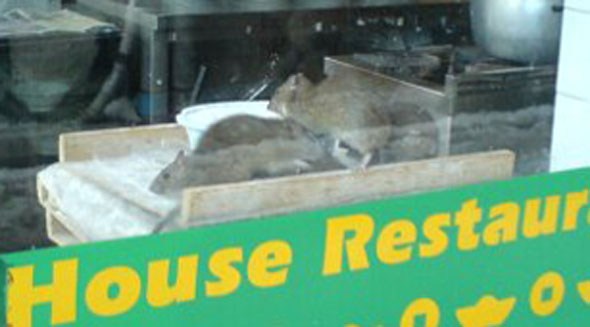 Sort of reminds me of the infamous rat episode in Taco Bell.

Update: The reader just sent us an update with a message they received after they complained to Toronto Public Health: Thank you for bringing this to our attention. The Premise has been inspected and evidence of a rat infestation has been confirmed. The restaurant has now been closed by Toronto Public Health.

Thanks to Matt A. for the tip