Urban Harvest was the first urban agriculture business of its kind in Toronto, long before organic became a supermarket staple, specializing in ecologically sustainable garden alternatives.

Owner Colette Murphy has been at the forefront of the grow-your-own-food movement since the late nineties, when she was inspired by the lack of heirloom (open-pollinated, non-hybridized plants) and organic options available in the market. What may have started as a grassroots mission to supply Torontonians with locally harvested plants and seeds has since evolved into one which promotes stewardship of the land through greater farming consciousness. 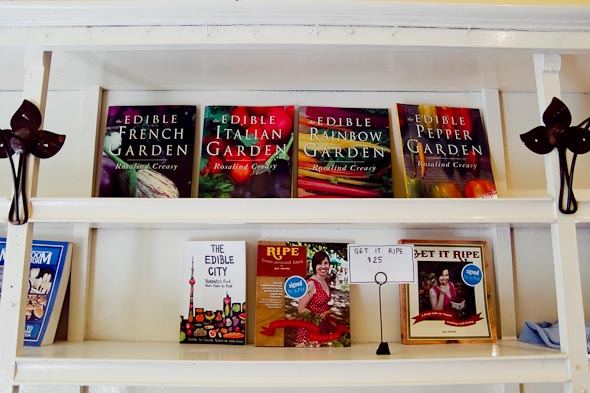 The Safe Seed Pledge, found right on the main page of Urban Harvest's website, reads like a gardener's ultimate manifesto - advocating for the health, safety and security not just of the food and conditions in which it is grown, but of the individuals and entire communities who consume it. Perhaps equal in mandate is Murphy's own passion for educating and enabling others to nourish themselves by bridging the gap between urban living and healthy, homegrown food.

Urban Harvest is a supplier of over 270 species of 100% certified organic flower, herb and vegetable seeds. To keep up with demand, Murphy has expanded over time from a modest plot of land into a network of local growers and organic farms, including a greenhouse at Downsview Park.

Although Urban Harvest has changed locations every year for the past four years, Murphy is dedicated to serving the Parkdale community with its most recent and permanent outpost stationed at Sorauren and Fern Avenues. Since the store's official opening on May 6th, Murphy's most loyal and avid gardeners have already sussed her out. 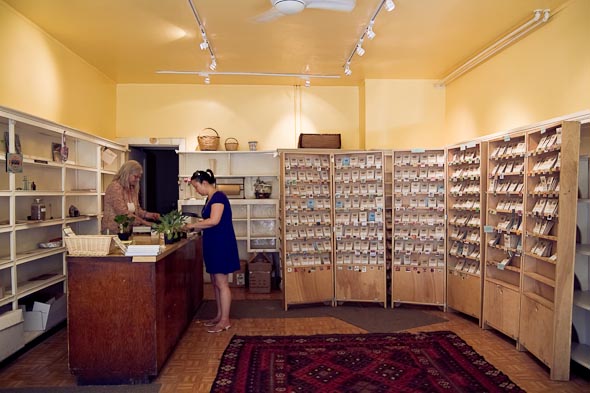 On a recent visit to pick up a kale plant for my friend's vegetable garden, Urban Harvest revealed itself to be so much more. The store also stocks cards, recycled t-shirts silkscreened by her employees, books by local authors, and all-natural plant-based soaps and salves she makes herself in the store's kitchen. She also carries natural compost activators and a variety of soil food - just don't call it fertilizer. It's a dirty word around these parts.

While the urban gardeners of Toronto may be furiously tilling their yards in anticipation of backyard bounty, Murphy is already looking ahead to the fall and winter months when that will all soon be dormant. By then, she plans to introduce organic grains, sprouting seeds, dried beans and foods from other farmers' market vendors in her store.

Murphy herself is also highly visible on the farmers' market circuit, bringing the goodness of Urban Harvest to places such as Dufferin Grove, Wychwood Barns and Riverdale. 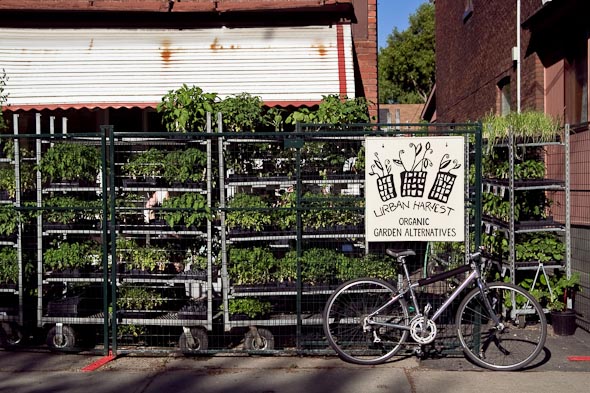 Urban Harvest is open Monday to Saturday from 10am to 7pm and to 6pm on Sunday.