Umbra is the flagship shop for the Toronto home design company, which creates whimsical, purposeful home goods sold in 120 countries around the world. Though Umbra's had a retail presence downtown for several years - you've likely seen the gigantic, pink-wrapped cube looming over John St. - for their 35th anniversary, the company decided it needed a space befitting its modern aesthetic as well as its history.

For many shoppers, Umbra products are familiar, if not instantly recognizable by name or designer (say, Karim Rashid's Garbino trash can ). But even Torontonians who fancy themselves design geeks might not have fully appreciated the history - or the level of Canadian content - at work within the brand. 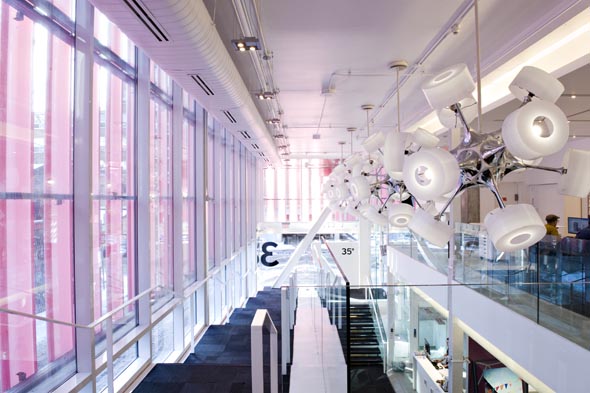 "We really weren't doing anything different than the stores down the street," Umbra lead designer Matt Carr admits. "I think we needed to create a strong brand identity here, so people can understand and be educated about our process." 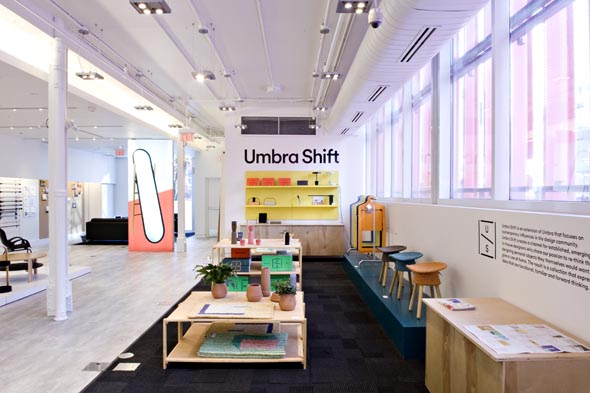 Instead of two floors jam-packed with picture frames, jewelry holders, and bathroom accoutrements, the space is now airy and all-white (though traces of the signature Pepto pink remain). Products are displayed one at a time for a showroom-like feel that lets the designs breathe, giving shoppers a chance to consider the charms of each piece. 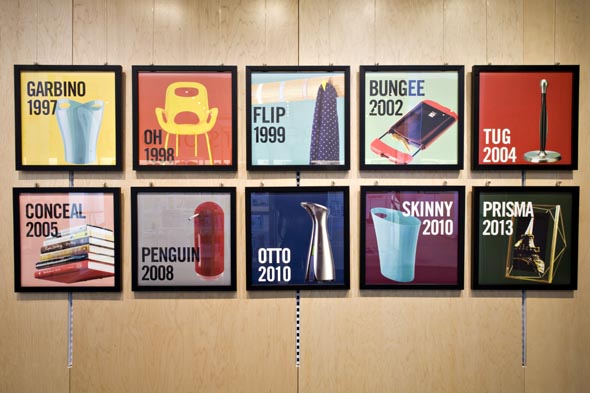 To drive the point home, greeting visitors when they step down to the main shopping floor is a mini-museum featuring standout designs from throughout the company's history. Among them: The decorated-paper window shades created by founder Paul Rowan for his first apartment, which led him to team up with friend Les Mandelbaum and form the company ("Umbra" means "shade" in Latin). 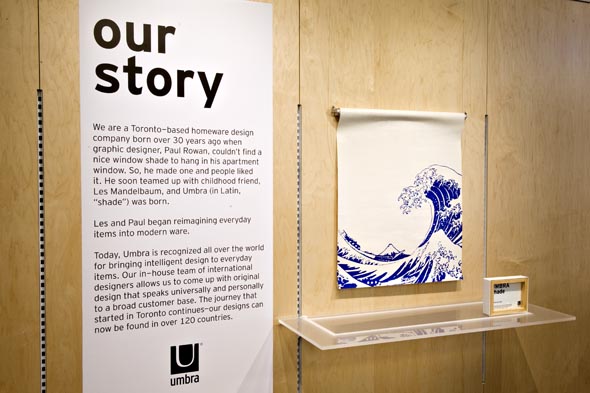 The upper floor of the store is home to the Umbra Shift capsule collection, which allows the company to branch out into some rather non-Umbra territory - working with non-Canadian designers and international artisans, mixing in wearable items (like jute slippers), and playing with a decidedly more handmade look than the sleek metal and plastic that forms the backbone of the Umbra aesthetic. 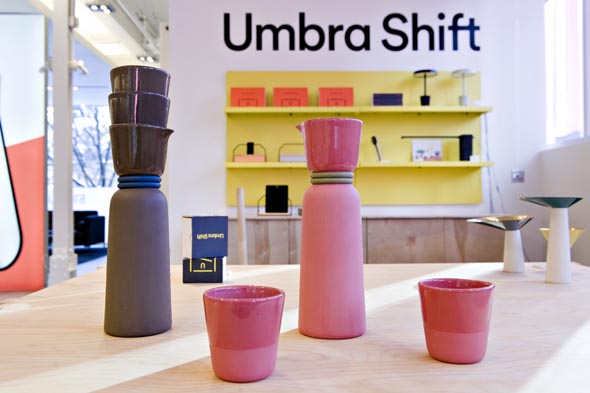 Standout Shift products include "pleated" terra cotta vases that self-water plants thanks to a wick in the bottom, as well as the Roll bottle opener ($35), which looks more like a bangle bracelet or a fancy Hollywood Regency-style paperweight (I'm a little obsessed). 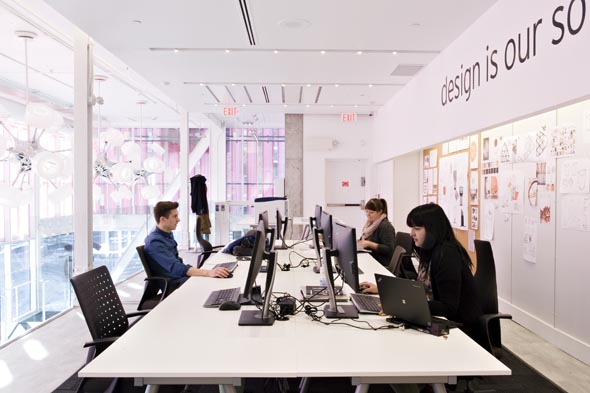 Also on the upstairs floor: A workspace, open to the store floor, for Umbra designers, who are currently based out of Scarborough. "I don't think (customers) really recognize that this product is designed by people," Carr says. "Our designers are the customers, in a way -- they're our target demographic. If they're designing product that's relevant for their lives, then it's probably relevant for our customers' lives." 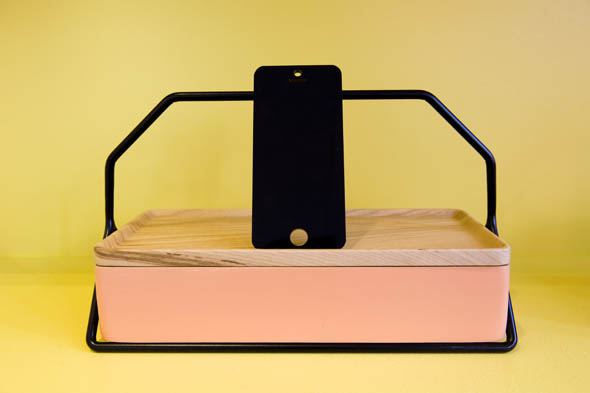 A few recent greatest hits: a Triforce-like scarf hanger ($18), an oval floor mirror designed by Carr himself ($300), and some adorable animal ring holders ($8). A few of them just might be Umbra classics in the making - the company still has creations from the '90s in production, a strong testament to the longevity of their designs. 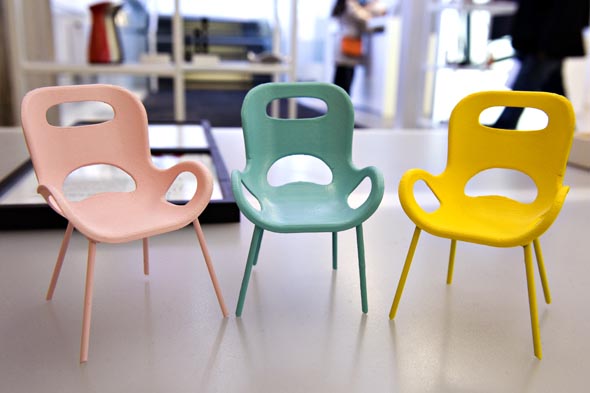 "It's something we really strive for - is to have design that's relevant in the marketplace for a really long time," Carr says. "It's a tough marketplace, to have something that can last in a collection for 10 years is something to be proud of." 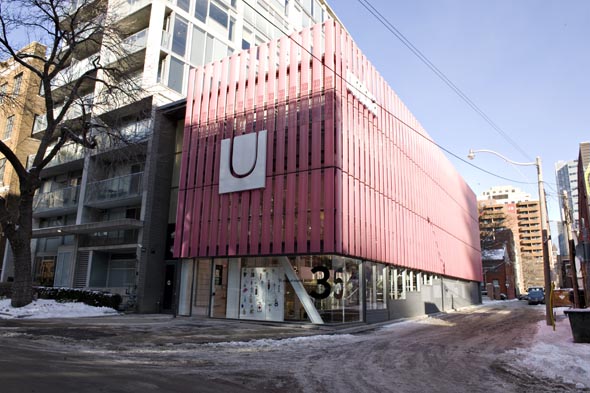