Unlovable General comes to us from the same guys who brought us the powerhouse bar and cafe combo of Unlovable and Loveless cafe.

The whole operation is essentially headed up by Jamal Watson and his team, but when friend Joey Freedom started helping out with various duties he offered him the chance to curate more art shows, then eventually manage this space.

Freedom does leather goods and hats in terms of fashion design, but also has experience in carpentry in addition to his art curation background. 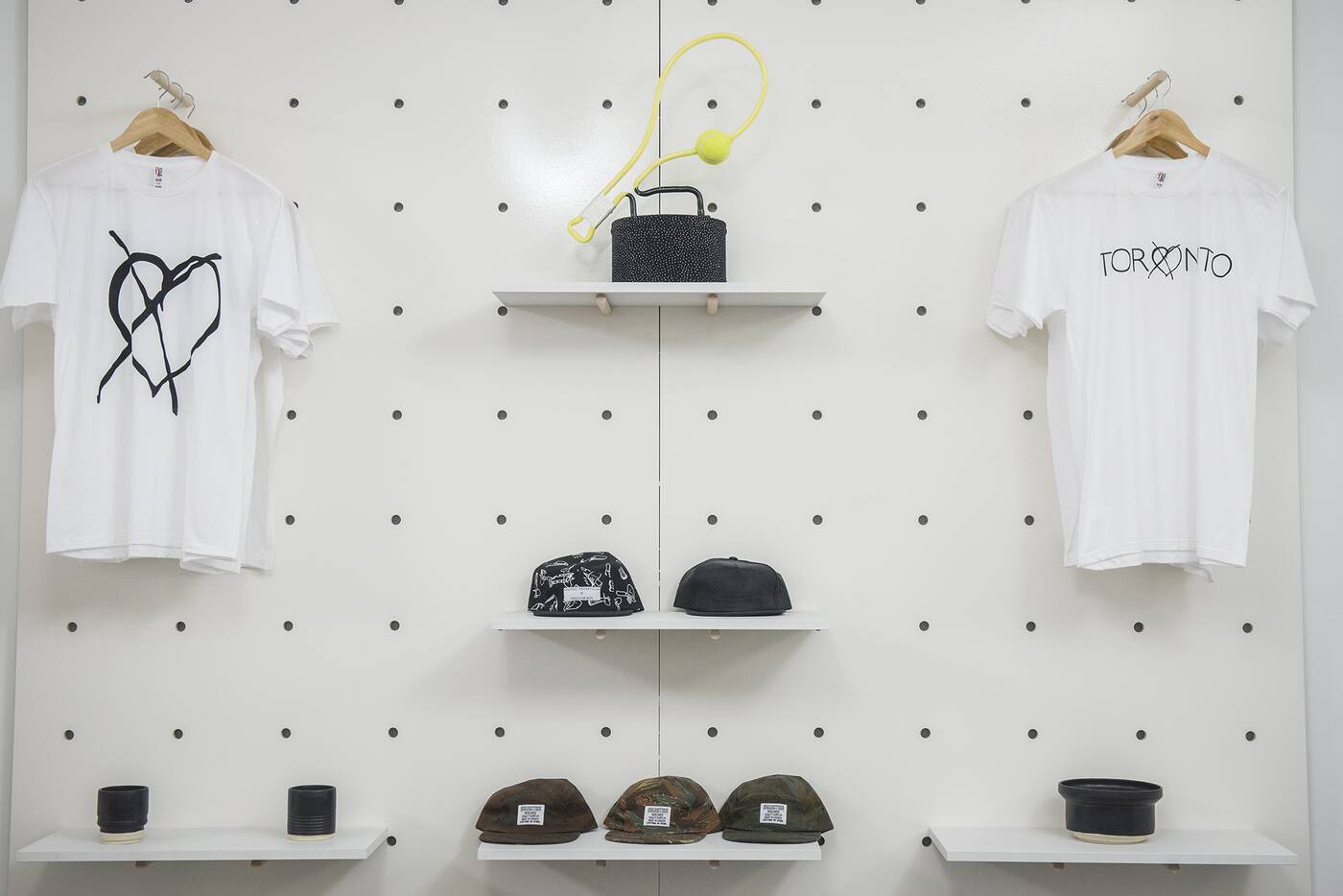 He helped gut the space where Unlovable General now sits, which was formerly a dispensary (duh) and before that, a tattoo shop. 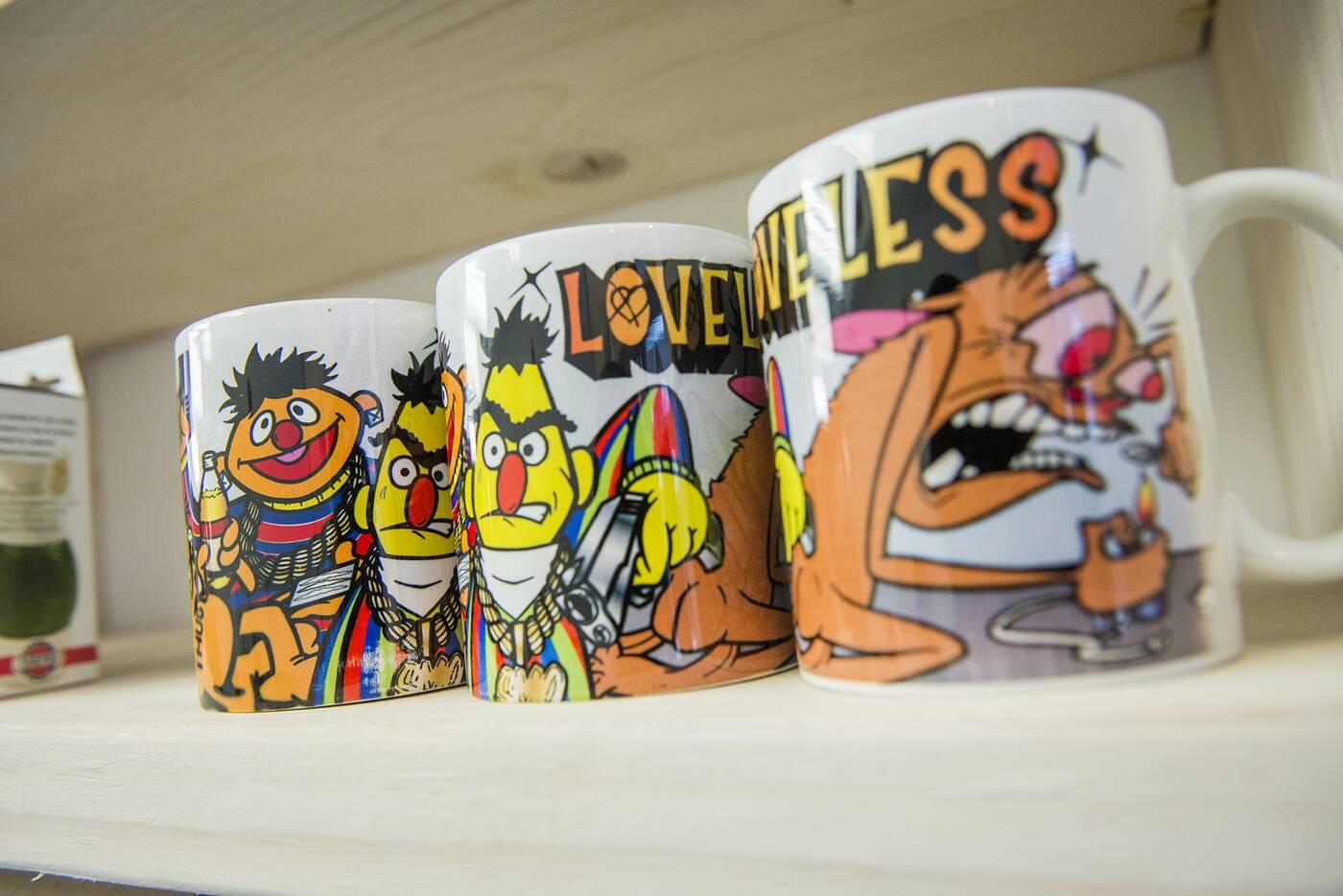 The former tattoo shop space means Unlovable General is divided into two sort of levels. The front is where all the “general store” goodies are kept and sold. 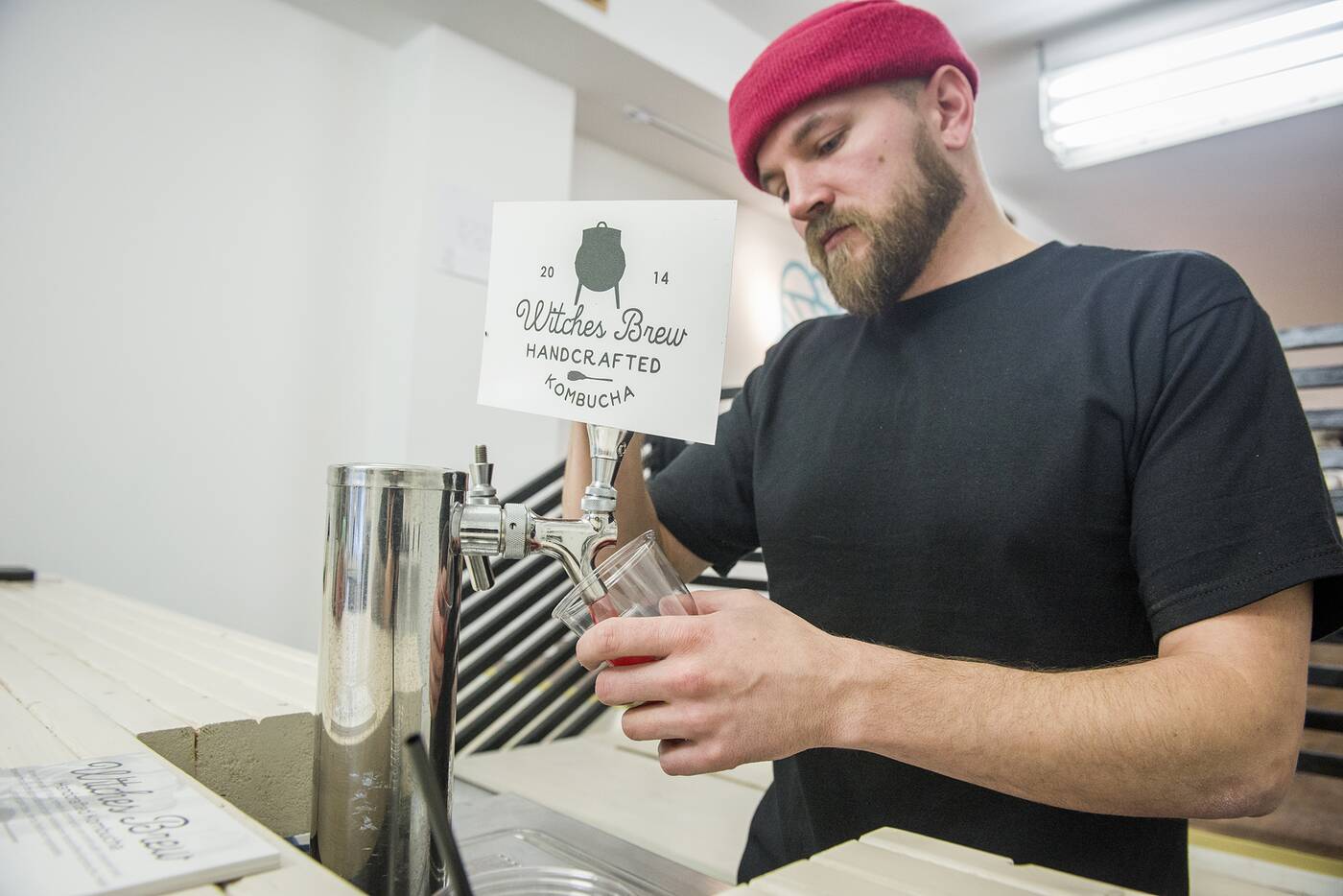 Witches Brew kombucha is served from a tap ($4) on this level, or beer at night during art shows. We sampled some nicely accessible but still tart ginger hibiscus kombucha. 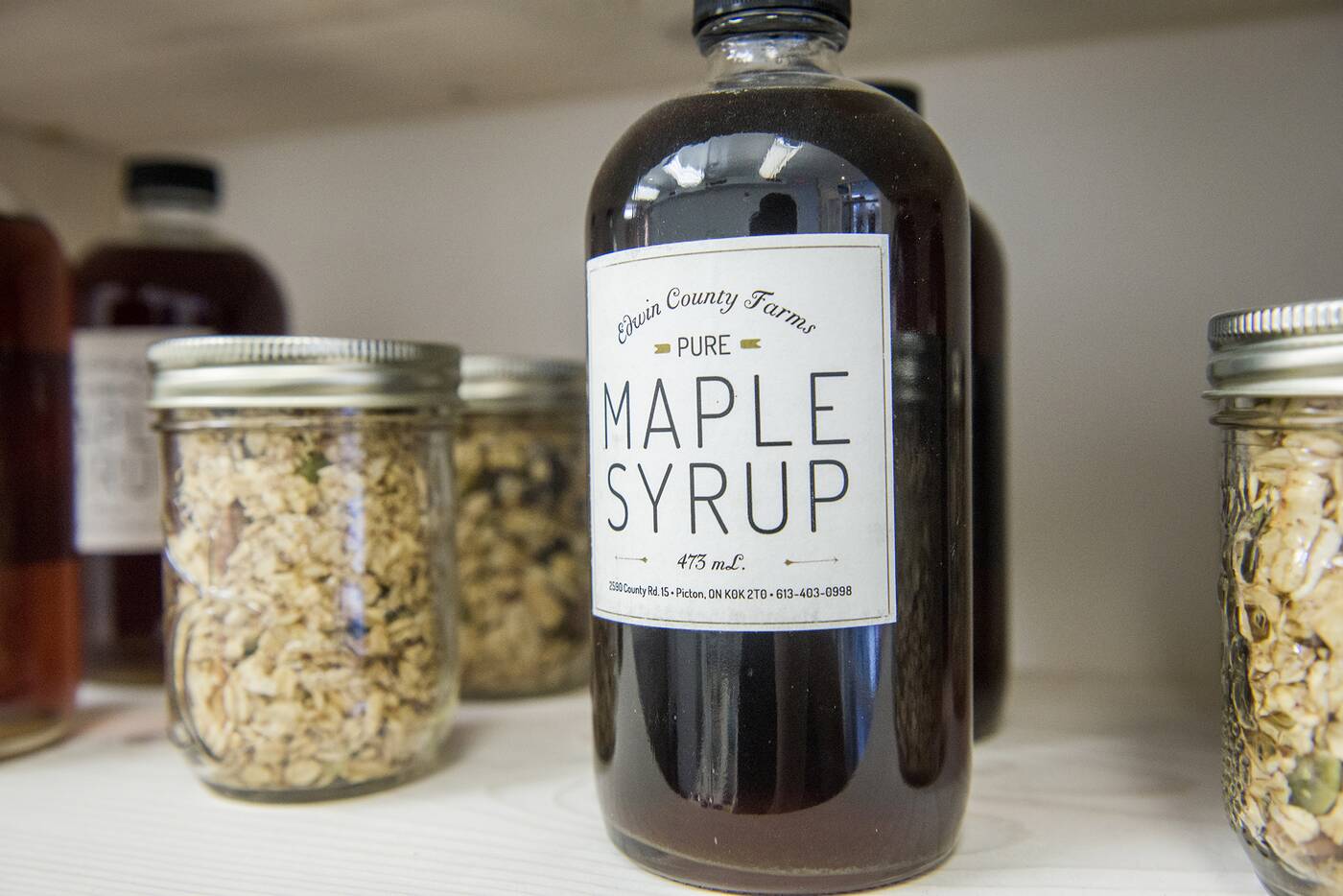 Unlovable General pride themselves on a progressive sixty-forty split on profits made from selling art and other goods, and everything is Canadian except for vintage glassware. 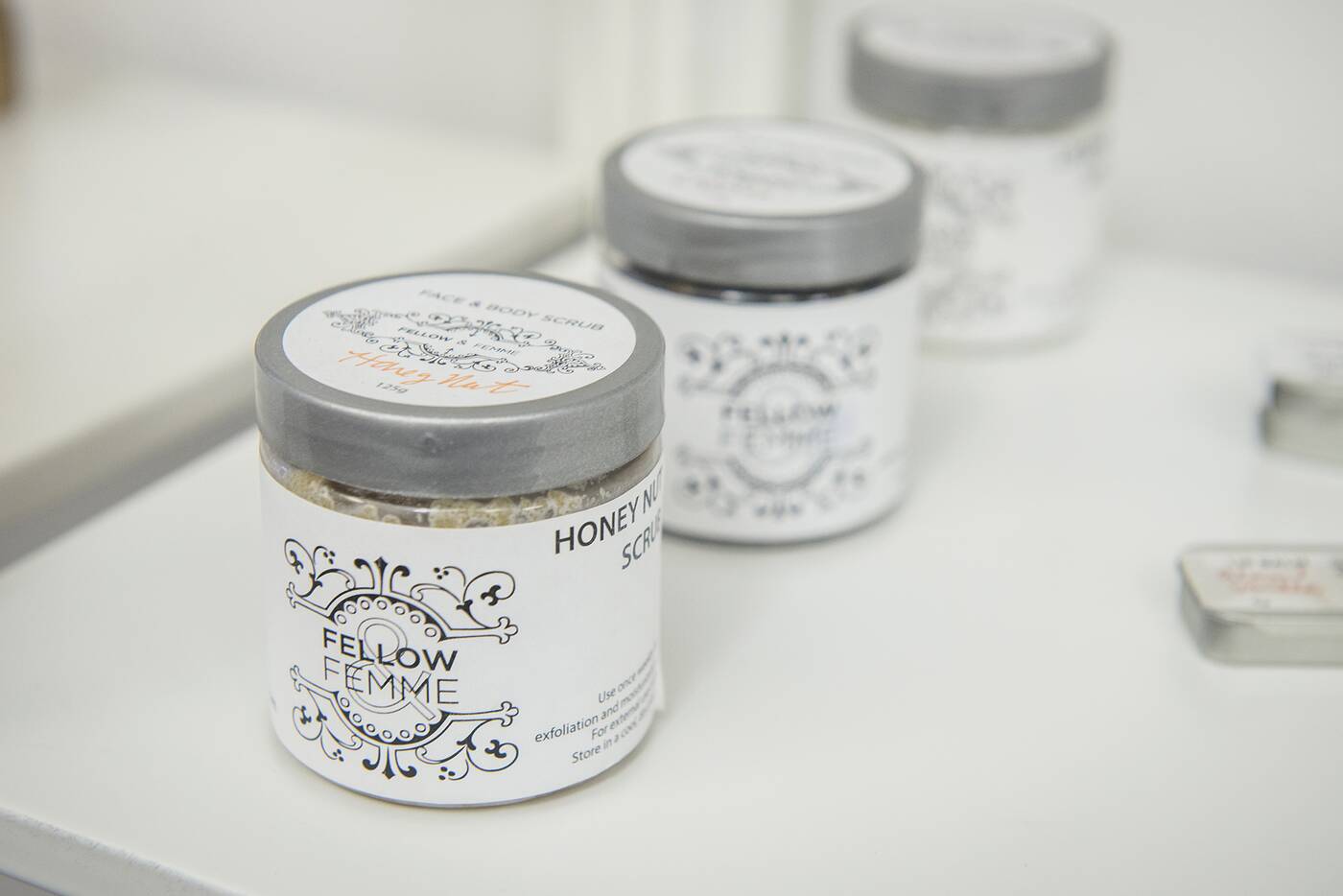 Fellow & Femme was actually started through the notorious Bunz, and has traded up to her own all organic, pharmaceutical grade line of body butters, scrubs, and lip and beard balms. 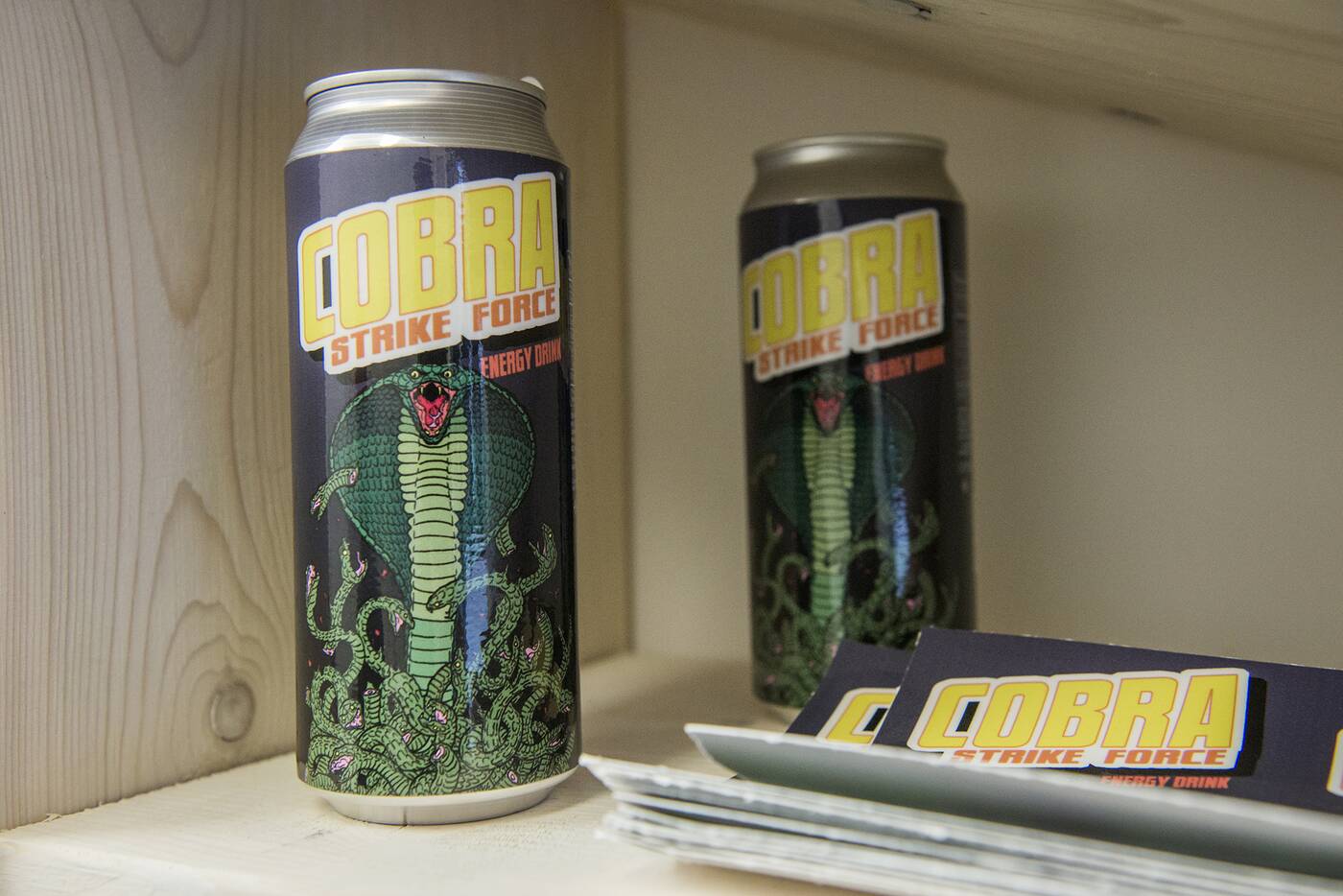 For the badass in your life (or maybe you’re a bit of a daredevil too) there are these crazy cool beer wraps which are designed to make any tall boy look like an innocent energy drink ($6 each or 2 for $10). 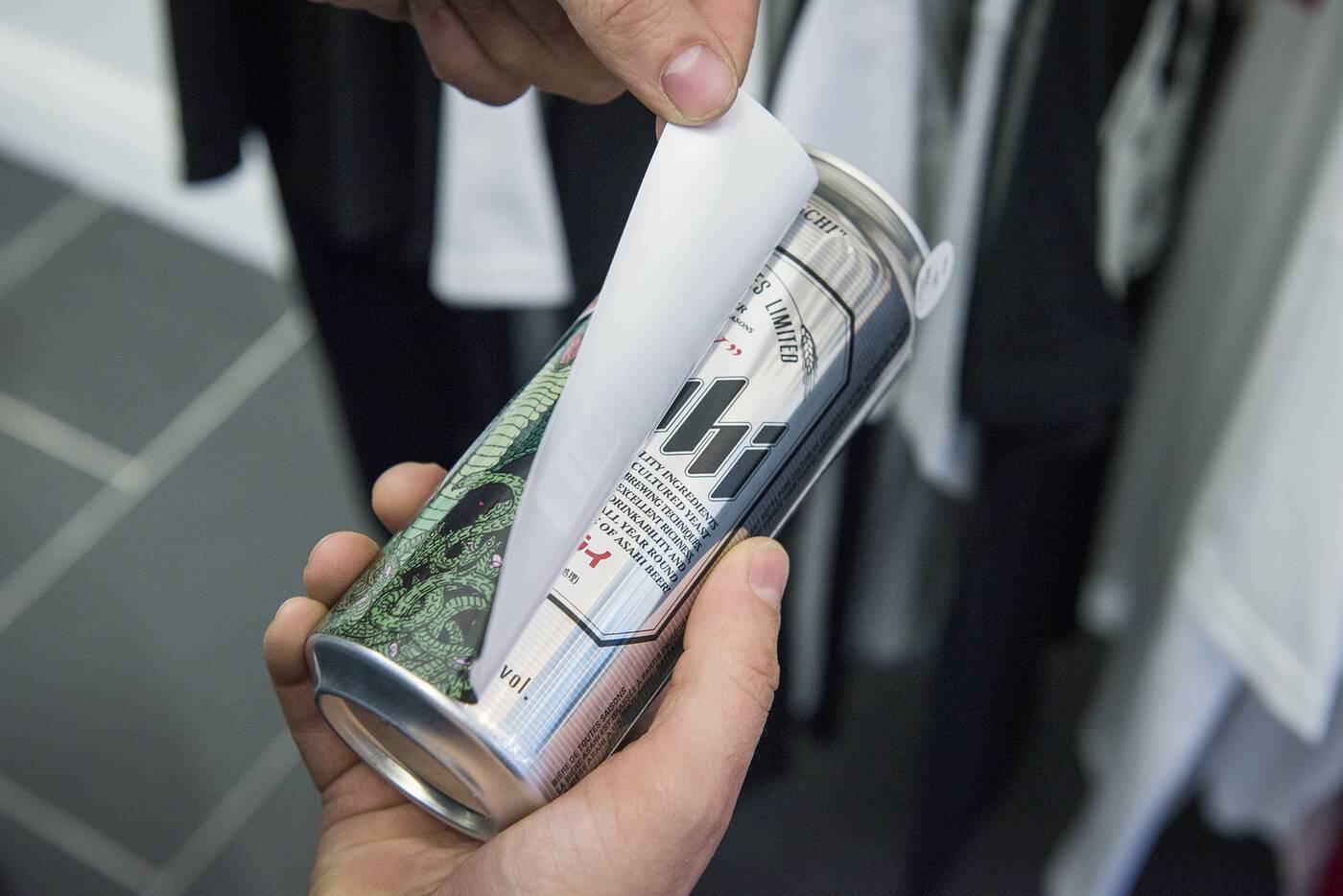 You can wrap and rewrap as many beers as you like by re-dampening it. 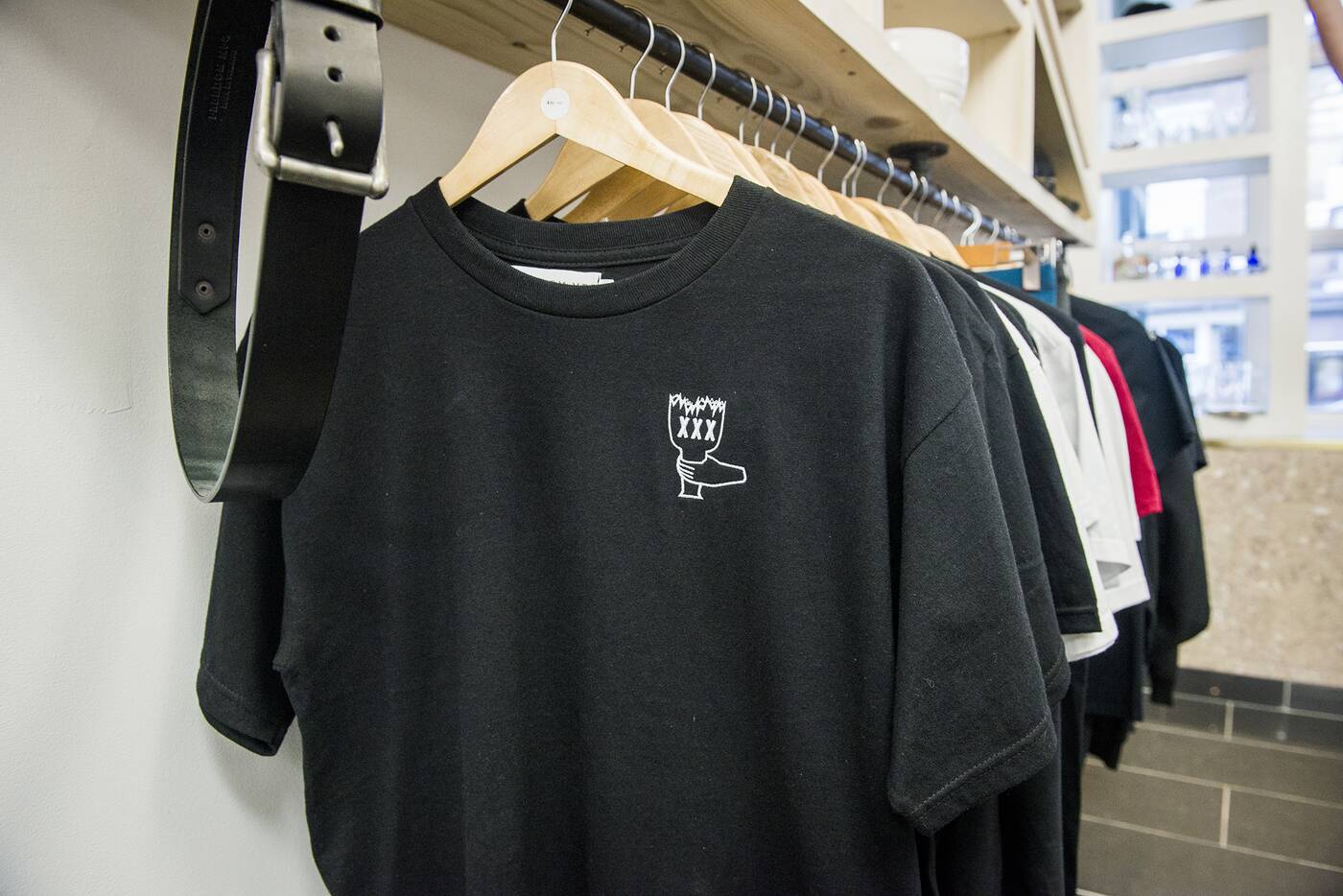 There are a ton of great tees by awesome small brands like Estate Family Guilds and Eat Noodles Get Money. They’re impressively priced around the $40 dollar range, which make for a great balance between a fair price and the artists seeing most of that money. 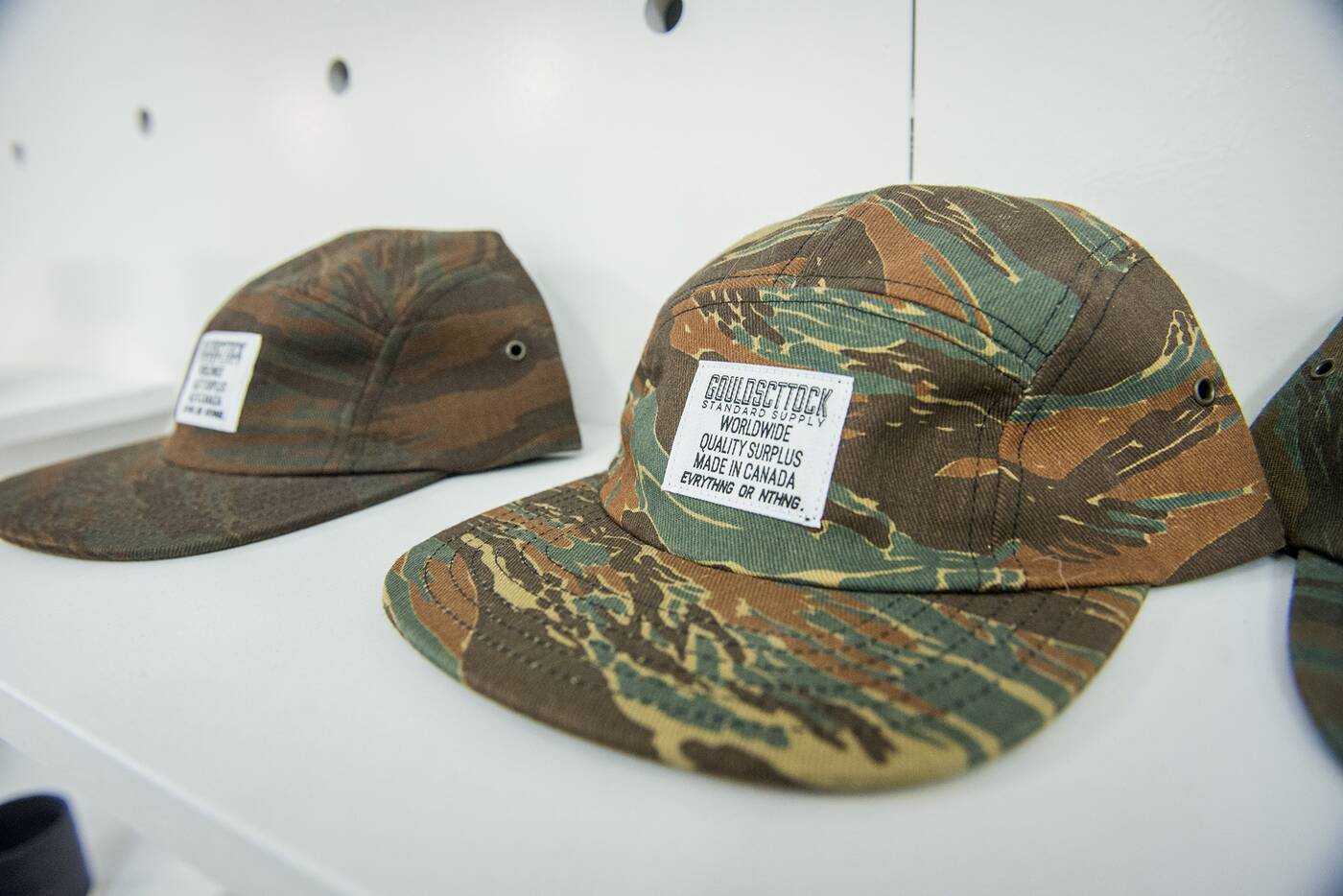 Some of the hats Freedom designed and helped design are displayed, between around $40 and $60. 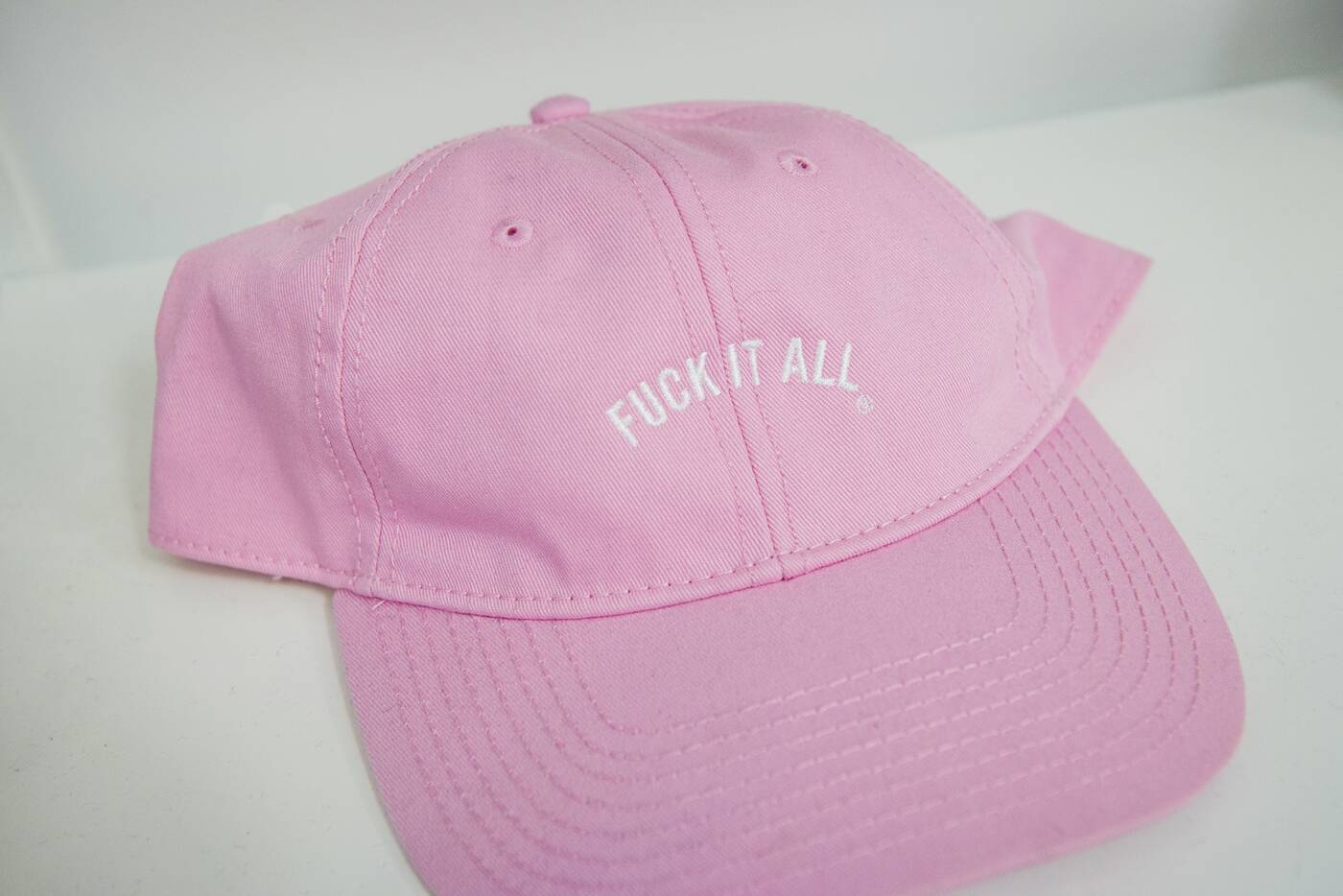 Gouldsttock caps made from cool camo fabrics are entirely produced in Canada. 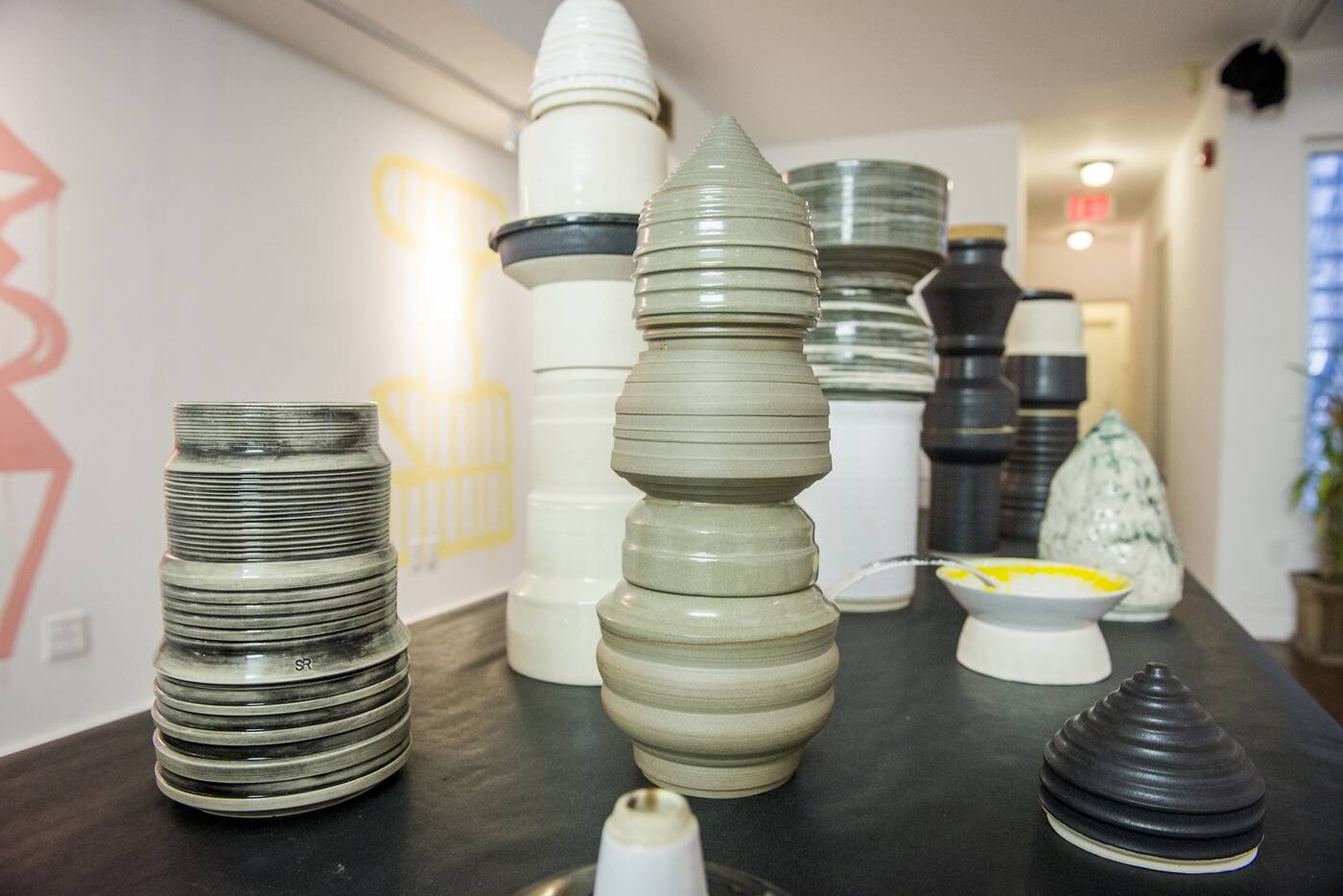 Also in that lineup of caps is a collab between Shakeel Rehemtulla and Freedom, whose art was on display at the time of our visit. The focus was on a collection of modernistic interlocking ceramics, which could be used for decoration, food and beverages, or even burning incense in one cool perforated, mountain-like incense holder for $140. 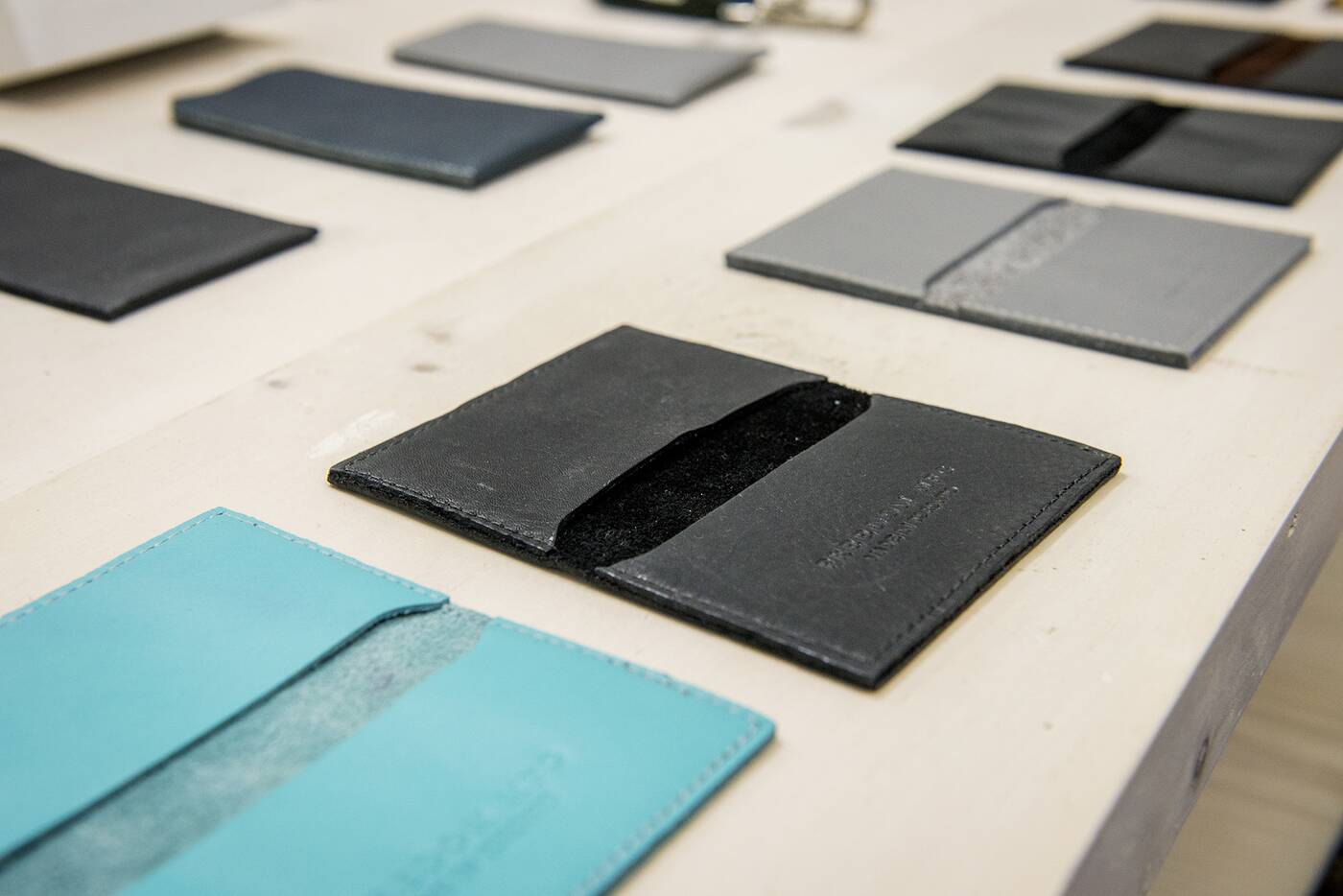 The back gallery area is a complete blank slate for any artist’s vision. There’s sometimes a small fitting area in the back as well as a bathroom. 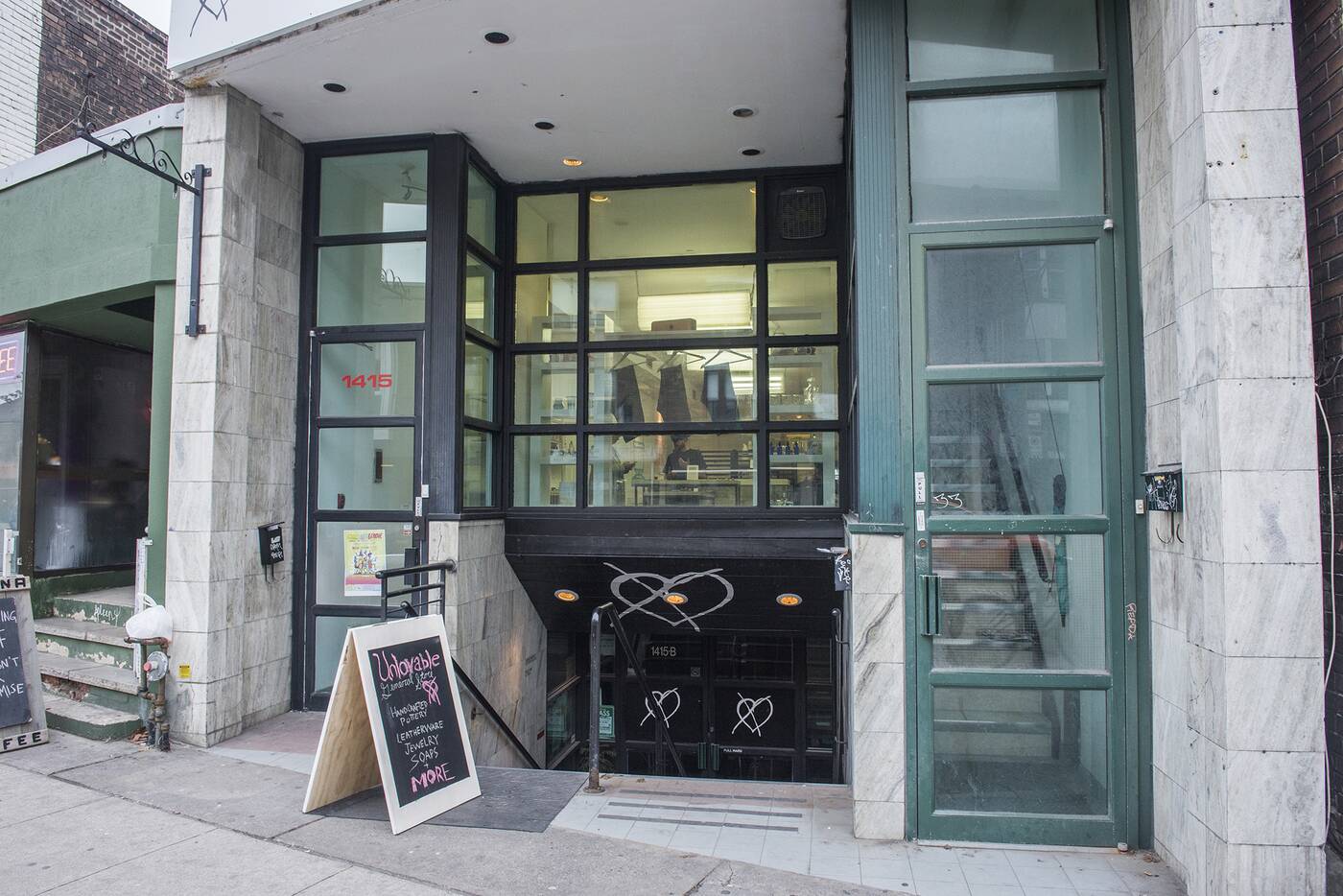 The Best New Design Stores in Toronto for 2016