Saudade, a beautiful lifestyle product store on Dundas West , has amassed a steady stream of locals gushing about the new addition to the neighbourhood. While only recently opening its doors, its already sold out of some products like the popular body moisturizer CrĂ¨me de Rosto Benamor.

Saudade, which means a wistful longing for a person, place or thing in Portuguese is owned by Nancy Fernandes and Connie Freitas. The two women who are Portuguese themselves, frequently travel to Portugal, and have wanted to bring Portuguese designs to Toronto after seeing how artisans are adapting to the changes in the European economy. 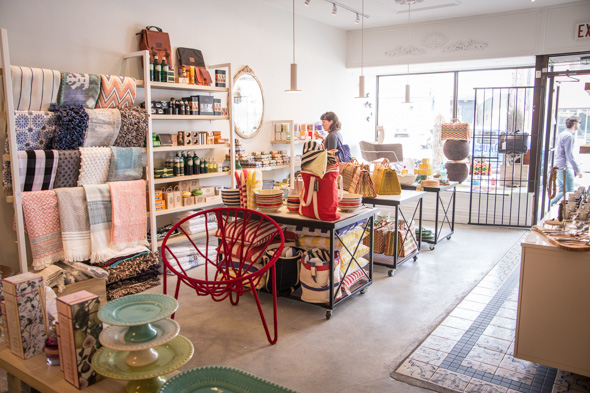 "Due to the economy, people have had to be creative and rethink and rebrand their businesses and skills, says Freitas. "They've had to go back to the old ways and designs." 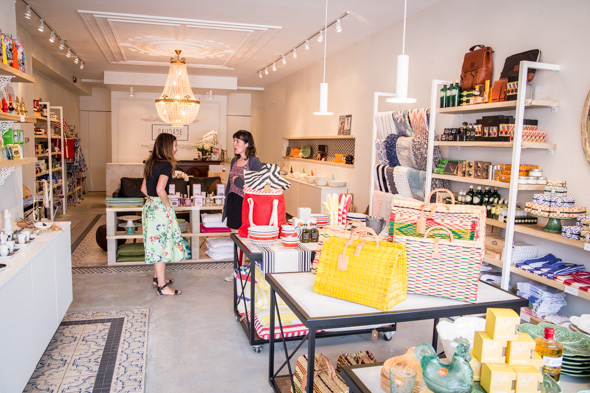 Saudade is a collection of designers and brands from Portugal, who are integrating the old with the new. Designs like wicker baskets traditionally used to carry goods in markets throughout Portugal are being passed down from great-grandparents to their children, and each generation adds their own spin to the designs. The aim of the store is to celebrate Portuguese design and tradition. 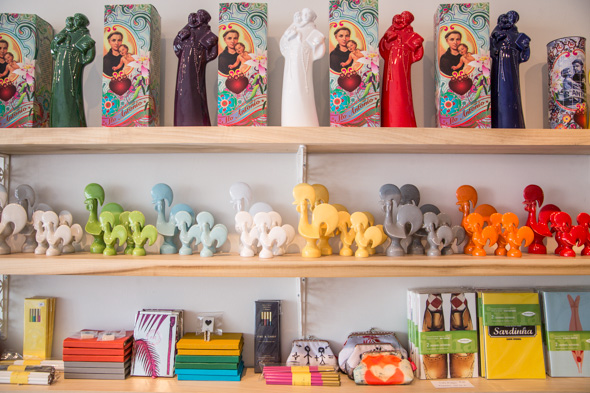 Portugal is very much a hidden gem, Freitas tells me. There's a curiosity about it and with its population having to deal with a struggling economy, people have had to go back to what they know and become creative with the skills they have.

Saudade has something for everyone: food, hand woven blankets, soap, kitchen items, and a perfect collection of authentic products perfect for gifting. 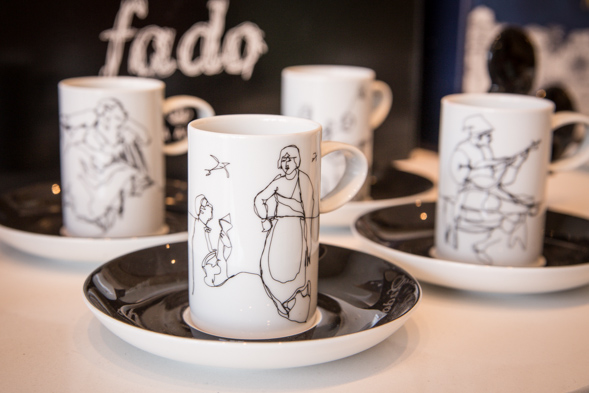 Fernandes who is a teacher at Central Tech Toronto, has always had a passion for design. And, through her travels, began collecting items that were made in Portugal. Finally, she got in touch with the designers and started a relationship with them. 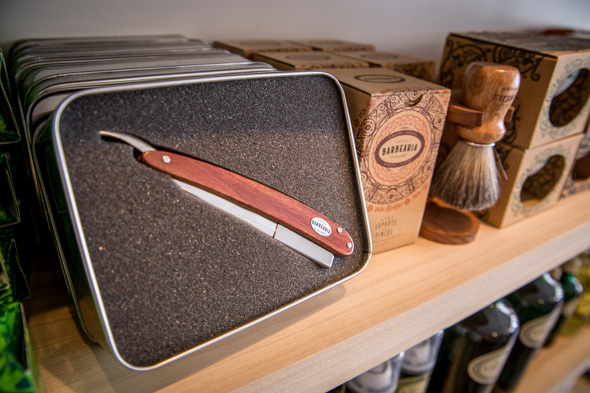 She travelled to small towns in Portugal to meet with the local designers, and brought back those items to Toronto. "Portugal is a humble country, and I want Torontonians to be exposed to the talent in Portugal, and see the collaboration between old and new." Says Fernandes. 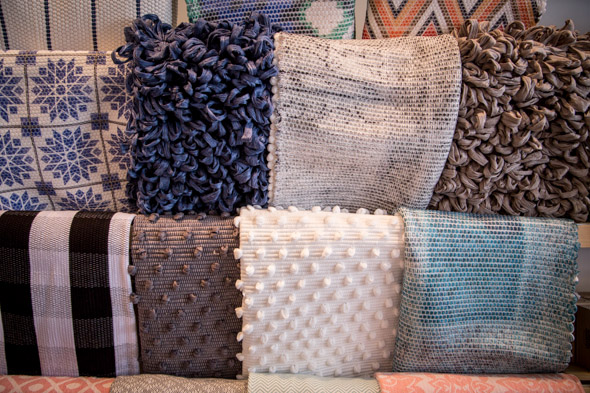 Freitas and Fernandes went to some of the small factories where the items are made, like the Alentejana Mizette looming factory in Central Portugal where the wool blankets ($100) are made. 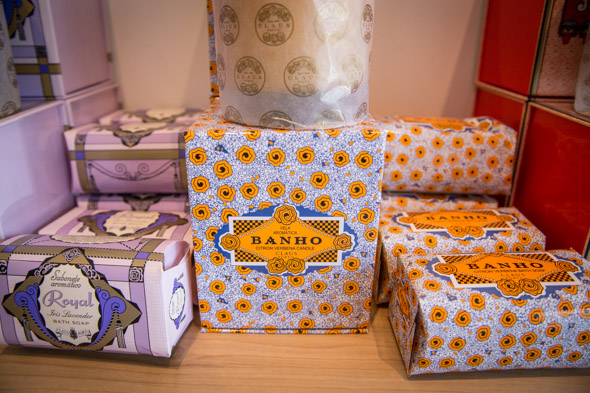 I didn't intend to stay as long as I did at the store happily chatting away with Fernandes and Freitas, but I couldn't help it. Their enthusiasm and excitement rubs off on you, and the store is outfitted with so many bright colours and products that compete for your attention.

Nor, did I intend to buy a custom made skirt by designer Graca Martins, who draws inspiration from tiles on buildings in Portugal and designs them on skirts. Once the skirt caught my eye and I tried it on, there was no going back. 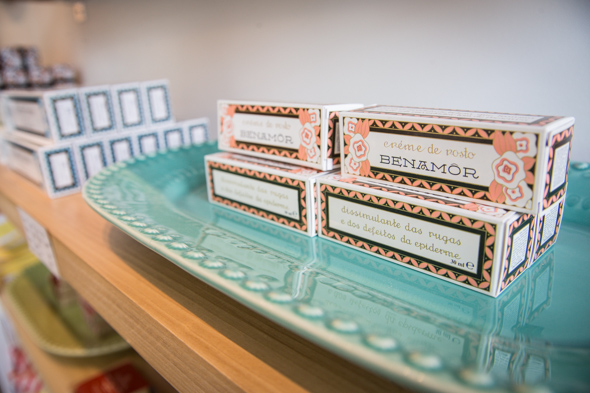 I also purchased one of the last CrĂ¨me de Rosto Benamor face creams not wanting to feel left out of the beauty cream fervor Europeans have known about for a while.

And, I wasn't the only one excited to see the retro handmade wood toys that I played with as a child, Fernandes confirmed many customers were enthusiastic about bringing their old childhood toys - like a wheel on a stick with beautiful carvings - to their children. 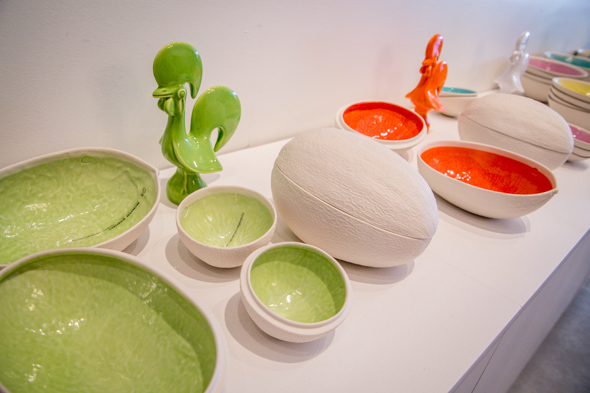 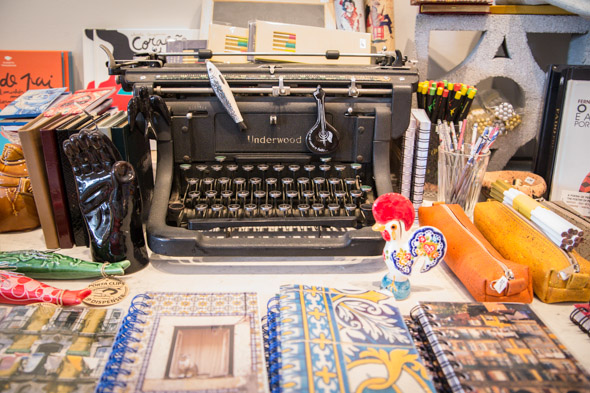 For a little while, the store takes you away from a busy Toronto street and transports you into an old world European dwelling. In the middle of the store there's a seating area outfitted with geometric blue and white ceramic tiles brought in from Portugal to emulate the popular styles of Portuguese bathroom floors. 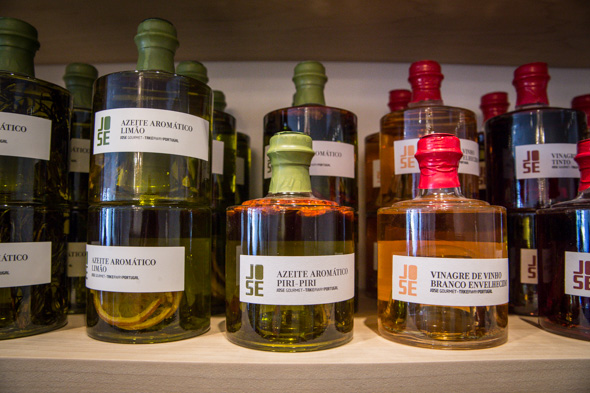 The ladies are planning to hold events and activities in the store, like book clubs and poetry and painting nights, all in an attempt to bring back the traditional Portuguese affection for culture and community. 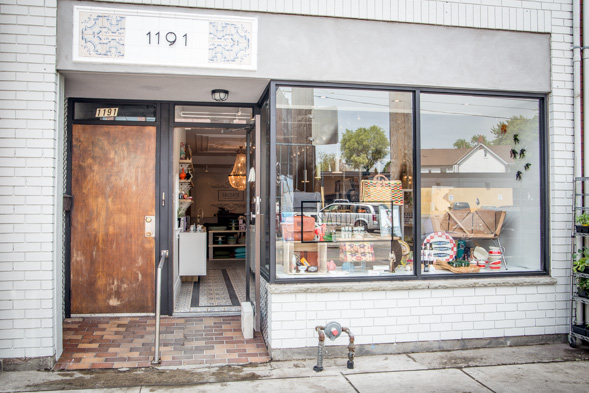