Mindzai, a new toy shop tucked away just off Spadina, shares an already tight space with street art supply store Homebase , so it's no surprise every wall is stacked floor-to-ceiling with various colourful contraptions. The right side is lined with matte and glossy spray paint in every shade imaginable; the left side houses Mindzai's extensive collection of toys. 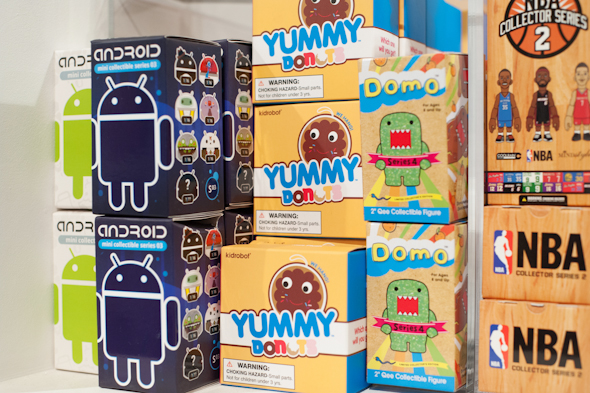 "It all started from my own collecting," owner Chris Tsang explains, before carrying into a long-winded backstory about a blog he initially ran just for fun. The website eventually snowballed into what Mindzai is today: a store existing both online and as a brick-and-mortar location, ready to offer quirky characters via vinyl action figures and graphic tees. 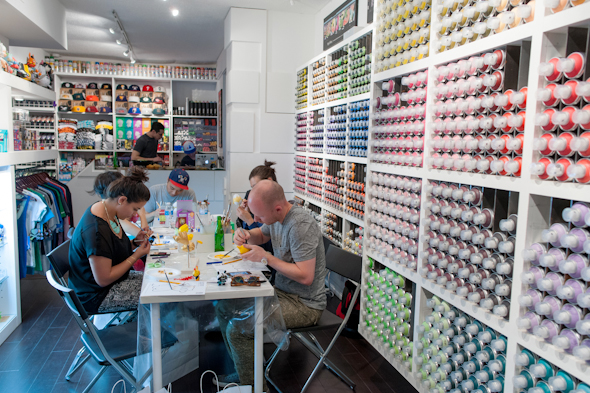 The first that caught my eye was a 7" transparent Qee bear, complete with visible bones and organs ($85). Chris explained it was designed by Jason Freeny , an artist who's best known for his anatomical sculptures. Not too far away is an action figure of Bumblebee Man from The Simpsons ($60) and a mini Stewie from Family Guy ($10). But, not all the products are lying in plain sight; some are randomly placed and sealed in "blind boxes", so you don't know what's inside until you open it up. 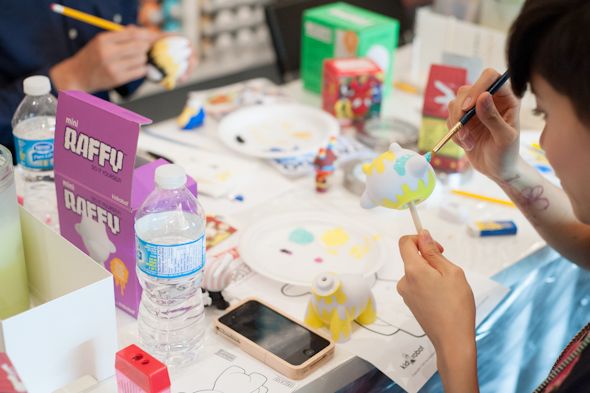 The idea is to eventually collect every character in a set, although you'll probably wind up with more than a few multiples. I popped open a Be@rbrick box ($7), praying for the mini bear covered in rainbow dinosaurs. Knowing my luck, I shouldn't have been surprised when I pulled out a blindingly metallic pink one instead. 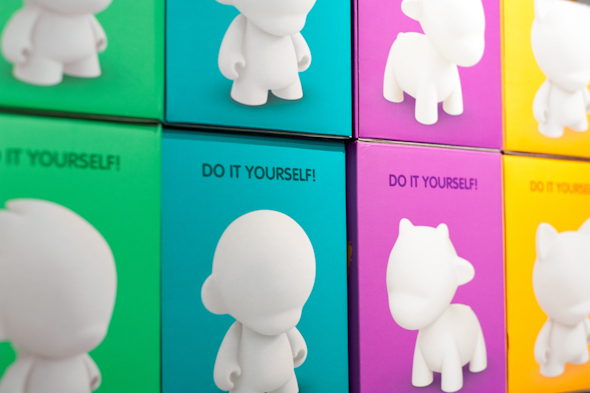 There's also an entire section devoted to blank vinyl toys meant to be painted or drawn on, like several sizes of Kidrobot 's classic Munny ($11 - $290) and a strange brain-frog hybrid ($30). I, myself, chose a deer-like character (or, as the box calls it, a Raffy ) to customize during a private toy workshop, which can be booked online for groups of up to 10 people. 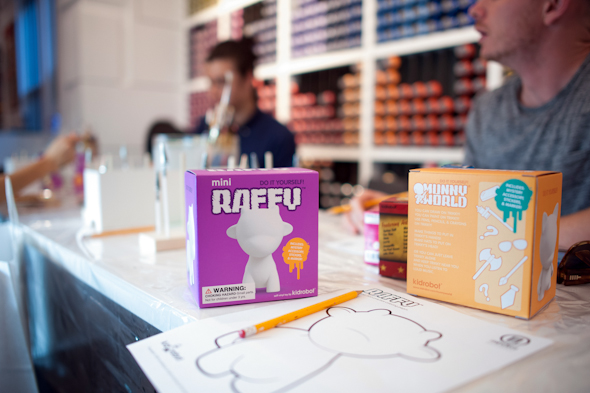 With two hours, a boatload of concentration, and a whole slew of acrylic paints at my disposal, I ended up walking away with a vividly decorated work of art to proudly display on my shelves (read: show off to all my friends). 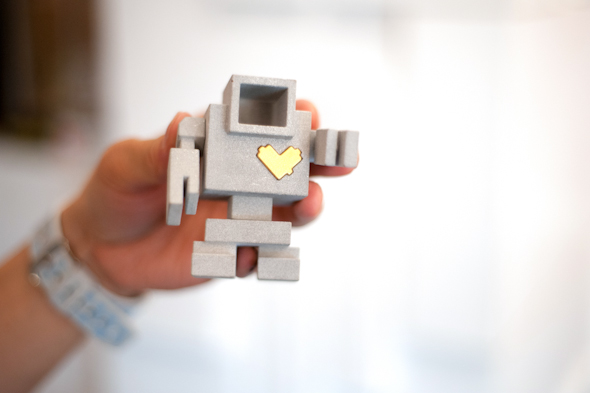 Though I'm unsure if I'll have any creativity left for a second round, I'll definitely be back at Mindzai to marvel at all the pre-decorated toys. After all, a dinosaur-dazzled bear is somewhere on the shelves, waiting patiently for me! 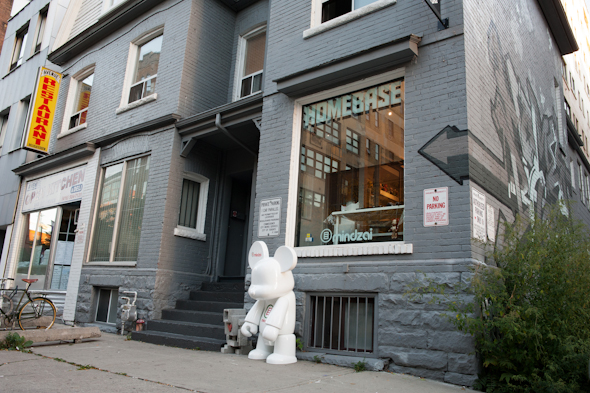