Magic Pony has moved down the street, but co-owner Kristin Weckworth assures me it's the same Magic Pony that has brought funky toys, original prints, books and other art to West Queen West for years. "Except we're not carrying t-shirts anymore," she tells me. "There are so many places to buy great clothes around here, we figured we weren't going to compete."

OK, other than the t-shirts, Magic Pony is pretty much the same after moving to 680 Queen Street, closer to Bathurst than its previous spot at 694. 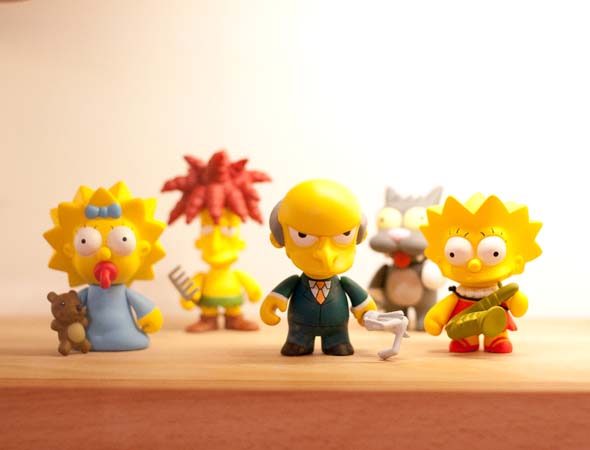 "We're expanding," she tells me. "Here we have more room. Plus, Narwhal and Magic Pony are now under the same roof, which makes getting things done easier." 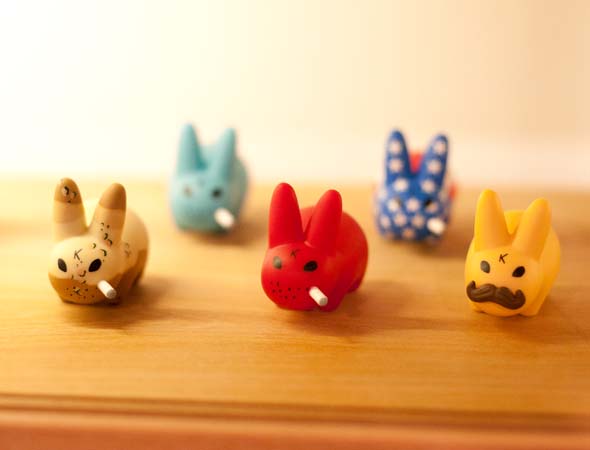 Narwhal Art Projects was a dedicated, expanded gallery space opened by Magic Pony in 2008 and used exclusively for exhibitions. Many Pony started as a little shop in Kensington in 2003 before moving to a second-floor retail space on Queen St. the next year. Then, it was onto the street-front property at 694, and now (and finally?) here at 680. 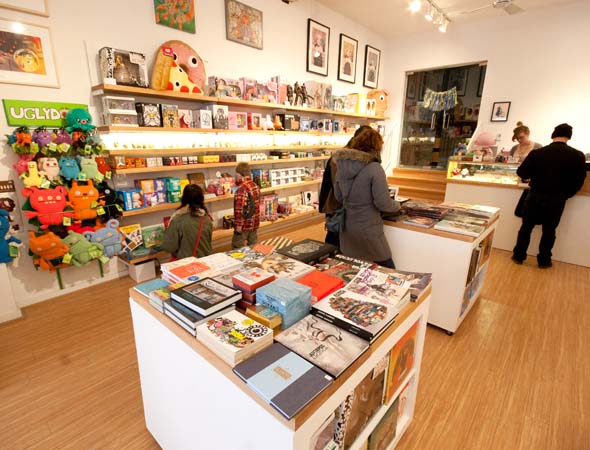 "So really, this is our fourth spot," Weckworth says of the business she started with partner Steve Cober. "And we've been working with some of the same artists throughout it all." Those Kozyndan "Seasons of the Bunny" prints on the wall by the front entrance ($30 unframed, $140 framed), for example, have been with Magic Pony since its Kensington days. "While we do change products, we stay pretty loyal to artists." 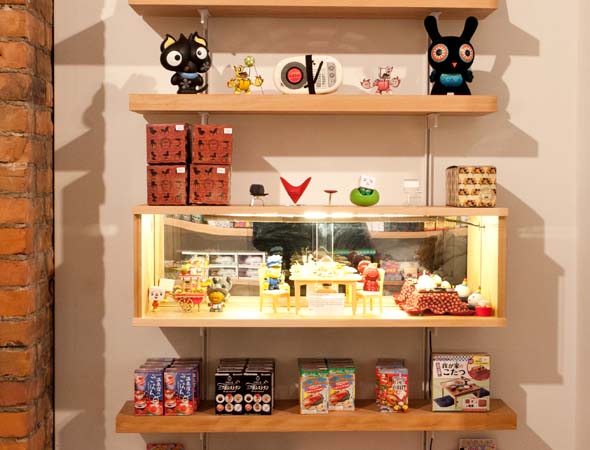 And since Magic Pony works with artists serving as publishers, promoters, and printers, everything in the store is connected. The Hansel and Gretel gone-horror-anime book by Junko Mizuno , titled simply, "Hansel & Gretel," ($20) was published by Magic Pony, and pairs with her Ectoplasm Birds Archival print ($200) also displayed in the store. Magic Pony has also run her exhibits, and works with both local and international artists. 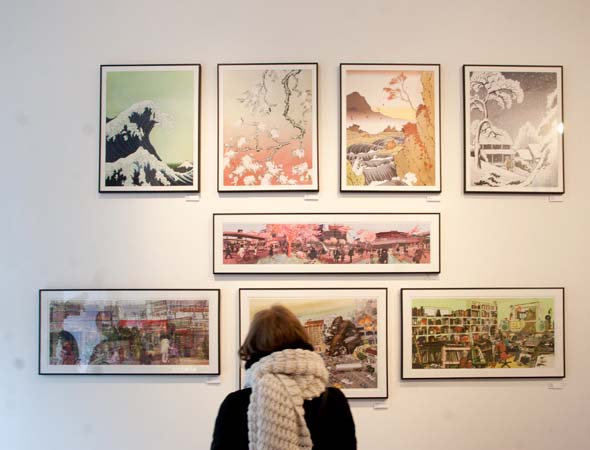 Of course, it's not just books and prints. There's a whole assortment of Kidrobot toys ($12), Ugly Dolls ($10-$30), and other stuffed friends and figurines. In the glass cabinet are accessories, such as the Doppelganger Face Brooches by Julie Moon ($36), a dinner plate-sized ashtray that reads "Too Young to Die" by Yoshitomo Nara ($80), and, my favourite, little plush knitted anatomical hearts by Shannon Gerard ($20). 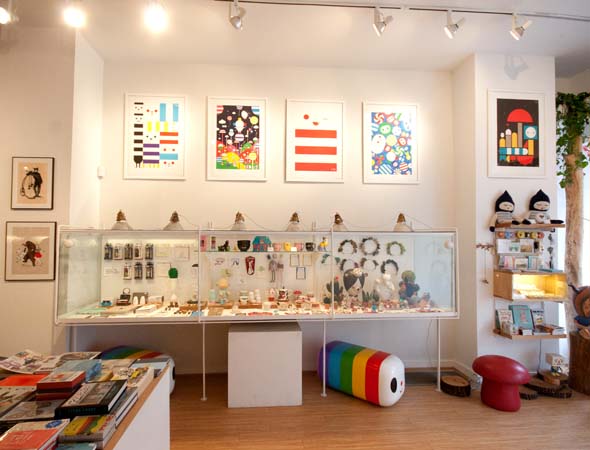 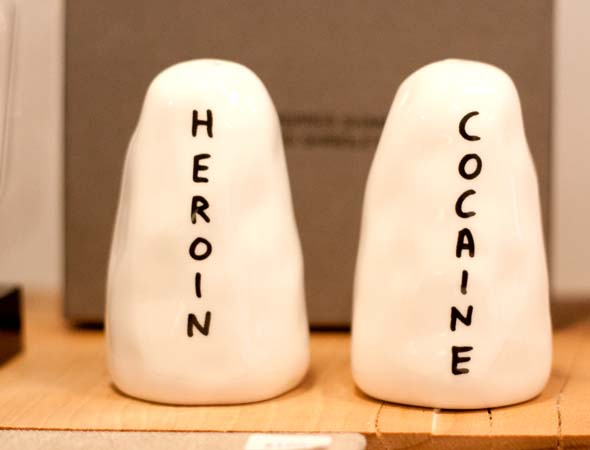 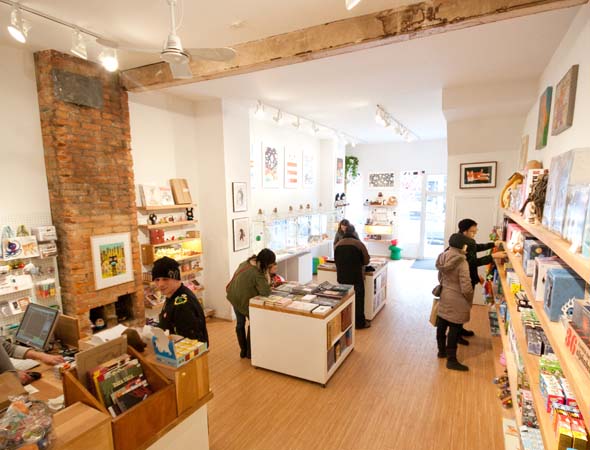 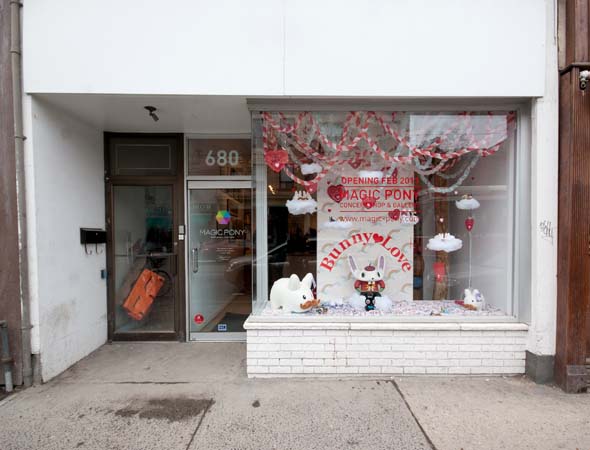