Likely General opened yesterday in Roncesvalles , and I knew it was a winner before I even stepped in the door. How, you ask? Owner Brooke Manning has a chalkboard sign propped up outside, and on it, she wrote "Opening day. Sorta like the first day of school. Wanna be friends?" 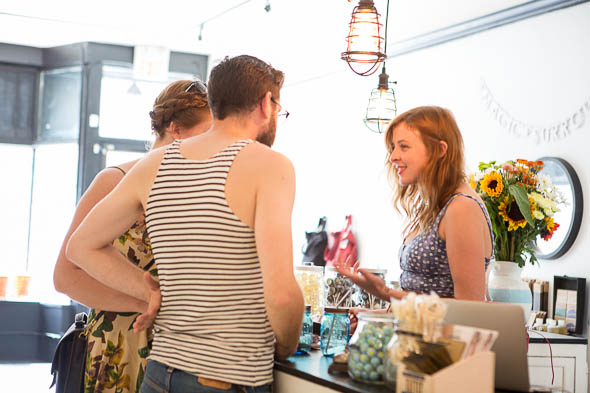 With that, my hopes are up, and the shop doesn't disappoint. Manning says "hi" to me when I step in, and I take the time to browse around. There are picnic baskets and bike baskets propped up on the windowsill and along the floor. There's a beautifully crafted, industrial chic pipe shelving unit holding everything from Mason jar sippy cups made by Manning ($8) to local honey, chips and preserves. Everything on her shelves is handmade and "responsibly built, with integrity," by which she means the production process is kind to both humans and the environment. 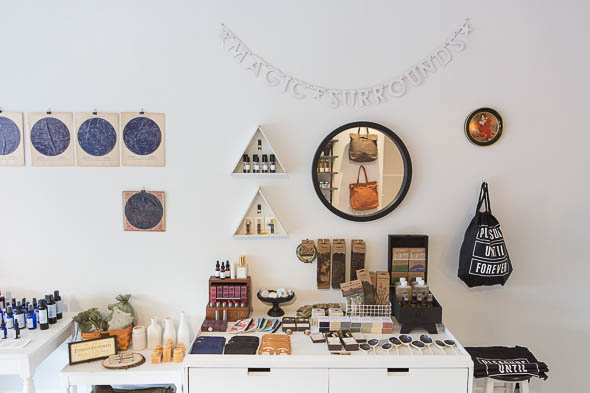 The other side of the room feels like your coolest girlfriend's bedroom. There are two vanity table-esque setups with so many beautiful goodies spread out, from perfumes by Mermaid ($44) to tinted lip conditioner by Ilia in a range of colours ($24) and Baggu pouches with little faces ($27). 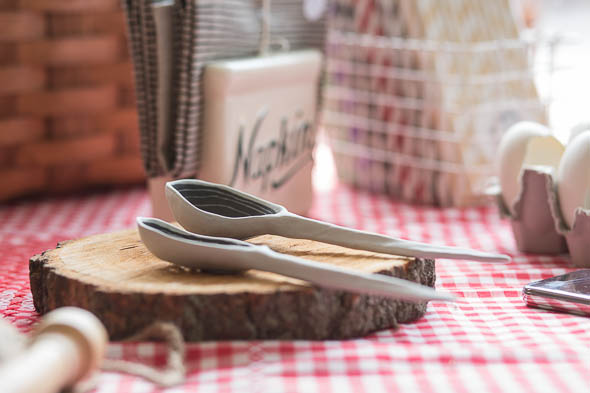 Manning went to OCAD for photography, and though she finished her program, it wasn't her thing. Then she toured as a musician for a bit, but that wasn't it, either. That's when she decided to open Likely General. What she's doing now is definitely one of her callings in this life, if her current collection is any indication. 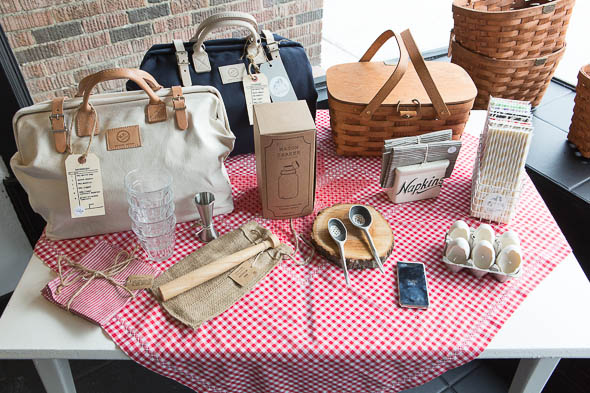 This is a true general store, with items ranging from children's toys to kitchen stuff to beauty products and screen prints made by Manning's friends. Everything is pulled together and seems cohesive, despite the huge range of stuff on offer. I think it's the whimsical, imaginative nature of the treasures she's collected. We have a jokey chat about "curating," which just has to be made fun of sometimes, but there's no question that's what Manning has done here, and skillfully.

As I chill in the store scoping out the ever-so-lovely collection, Julie Clark, the creator of Province Apothecary , pops in to say hi. Manning introduces us, and I get a personal rundown of the line's clearly and unabashedly named sex oil ($28) from its creator. It's made from coconut oil, but doesn't smell! It doesn't harden up (haha) either, and it won't stain the sheets. 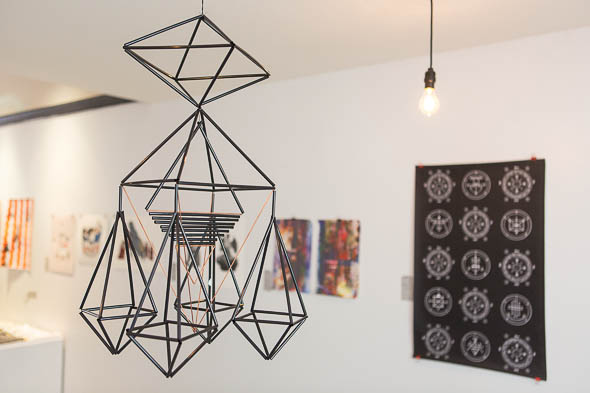 I've saved one of the most exciting things about Likely General for last. On certain special Sundays, Manning is going to invite artists who have made some of the creations in her store to conduct DIY workshops . Crafty mavens can pay about $40 to $60 to take book binding classes, beauty product tutorials, and other fun activities Manning's got up her sleeve. Fees go toward supplies, the artist's time, and cocktails. "I just want to have a cozy time," she tells me. 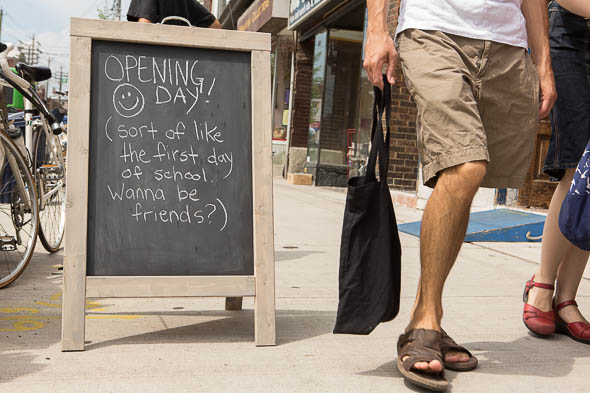 The Best Shops to Find Locally Made Goods in Toronto