GUFF has a brand-new home - one that finally does their massive, ever-changing selection of vintage furniture justice. The store, a fixture of the Leslieville home decor scene for the past eight years, now occupies a former sign printing shop in Riverside, where their collection of chairs and credenzas can enjoy a little extra breathing room.

"When we were in that smaller space back then, we spent so much time juggling furniture," says owner John Jakeman. "People wanted to come in and buy things from us, and it would be like 'I have that, but it's in my warehouse in Bolton'." Since opening, they've graduated from a 700 square foot location, to 1,200 (at their former Queen East location), to 4,000. 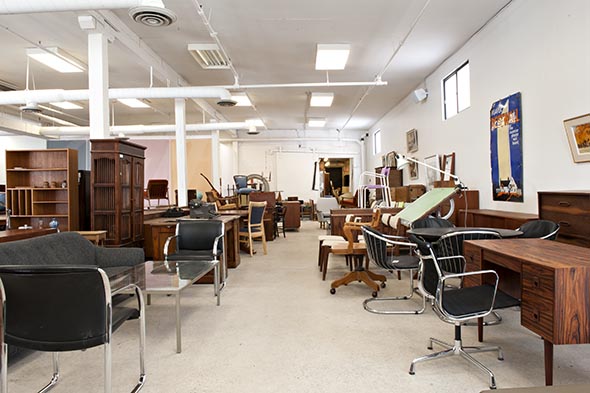 That extra space was key, Jackman explains, to cut down on the constant shuffling. Instead of setting a high price and waiting for the right seller to come along (which, as you'll know if you've ever tried to furnish an apartment in Toronto, is an extremely common strategy), Jakeman prices 'em low and keeps 'em moving. "If a piece was sitting here for a month, I'd be worried about it," he says. "I find that if we have good pieces in, they sort of go within a week to 10 days." 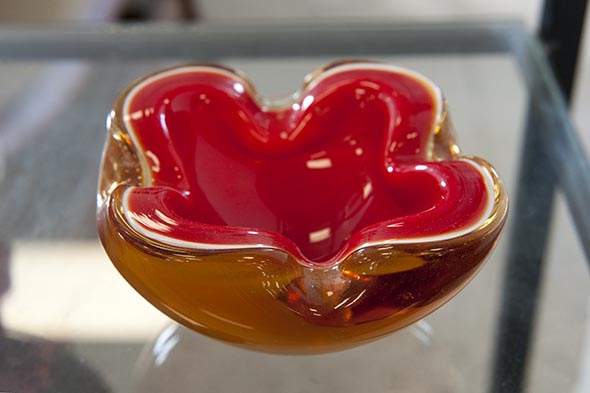 As a result, the store has built up a loyal following of customers who love both vintage design and a good bargain. "I want to get this cool stuff to the masses. If you come in and want to spend $300, we have something for $300 - it doesn't have to be $3000." 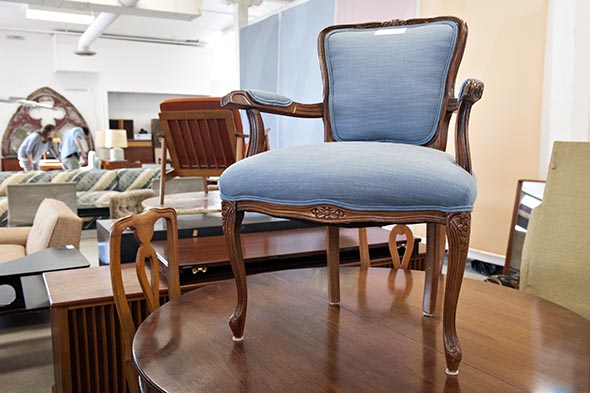 Furniture prices go as low as $85 for chrome-frame chairs, or $145 for a blue-upholstered vintage chair. Jakeman adds they're going to start expanding their selection of art and accessories, including vintage albums and stereo equipment, for those looking for even cheaper thrills. 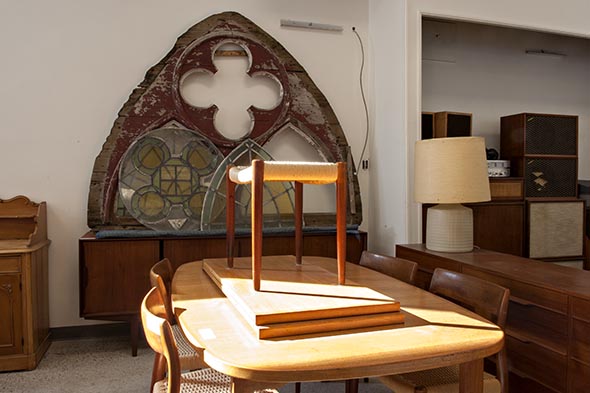 But the larger pieces give GUFF and its bargain pricing a real opportunity to shine. Many of the older items are lovingly refinished (a feat now made easier thanks to their brand-new on-site workshop). Jakeman points out a few midcentury sideboards, made of rosewood and walnut, that have been stripped and finished to a rich, deep, just-glossy brown. The price tag on a larger unit: $895. "A lot of people would charge you that $895 just to refinish it." 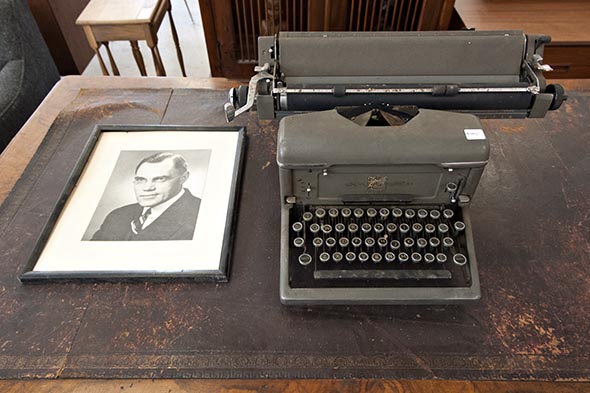 Jakeman and his team also have the good sense to know when to not refinish something - including some antique desks, each worn in with about 100 years' worth of patina. They've also begun dabbling in custom industrial pieces - Jakeman recently bought a former work table outfitted with a vice, cleaned off the oil and grime (but left the dents and scrapes), sealed it, and added a metal base. (That piece is going for $445.) 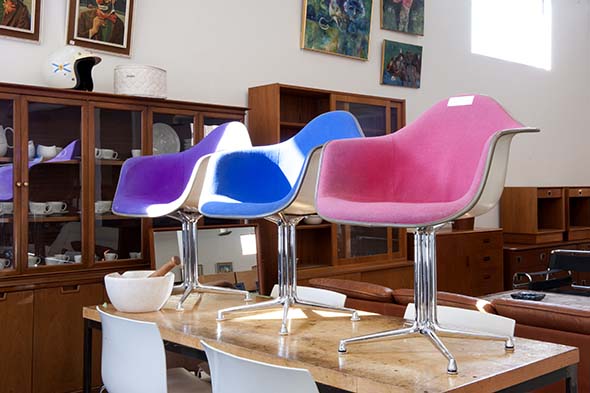 If your tastes run more toward iconic modern design than custom industrial-chic, the shop currently has pieces by Eames and Hans Wegner, a Noguchi table ("an early one, from about 1955"), and some gorgeous woven-seated Bruno Matheson chairs - all at a steal. 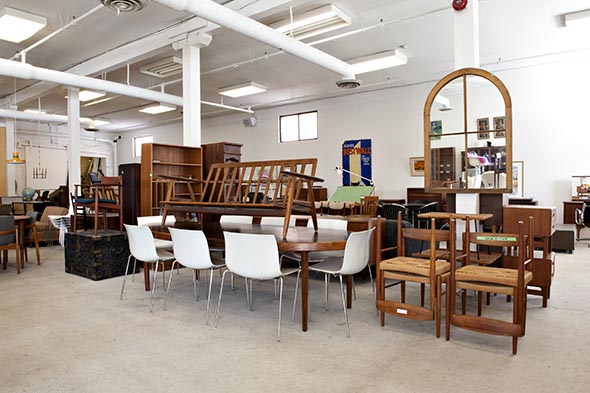 Of course, by the time you read this, they might be gone - so it pays to keep checking back. "The one thing that a lot of people say about our store is that they come every week, because they know it looks different every week," Jakeman says. "It'll never look the same two weeks in a row. That is definitely our business model - is to get it in here, move it, price it better than anyone else, sell it, and on to the next thing." 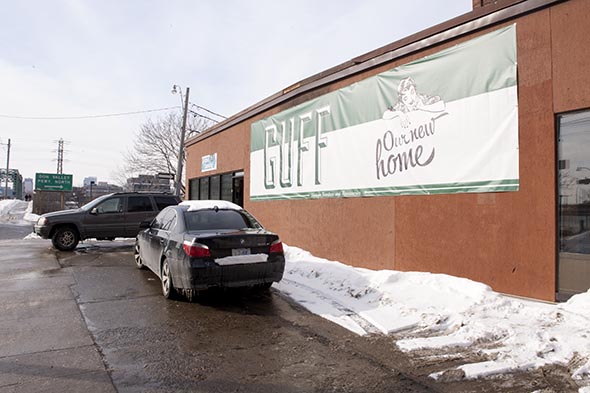