Domison Furniture Boutique has opened a showroom in Toronto - branching out from its flagship store in Montreal. The furniture strikes me as part comfy/classic, part modern, and part retro. Impossible? No. It seems for Domison, it's all about the mix of textures, colours, and shapes, making a piece that's somehow both timeless and edgy. 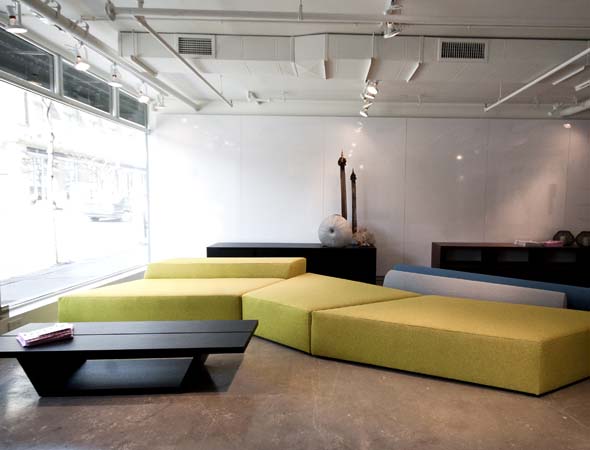 The Toledo sofa, for example, seems to embody both modern sleek and retro vintage. The three-piece sofa is quite angular in shape, and with two low rests, it can be repositioned in a variety of ways. But it's the lime green nylon fabric that gives it a vintage edge. Of course, if lime green isn't your thing, you can choose from a variety of fabrics and colours, fully customizing the sofa (around $4500) to suit your needs. 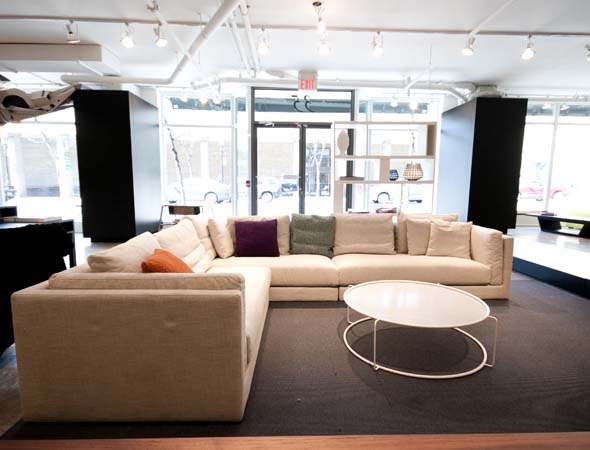 Domison was opened in May 2008 by Thein and My Ta Trung on Saint Laurent in Montreal, showcasing both independent local design along with the signature collection. They're hoping to incorporate the same sort of mélange for this Toronto showroom, on Jarvis south of King. 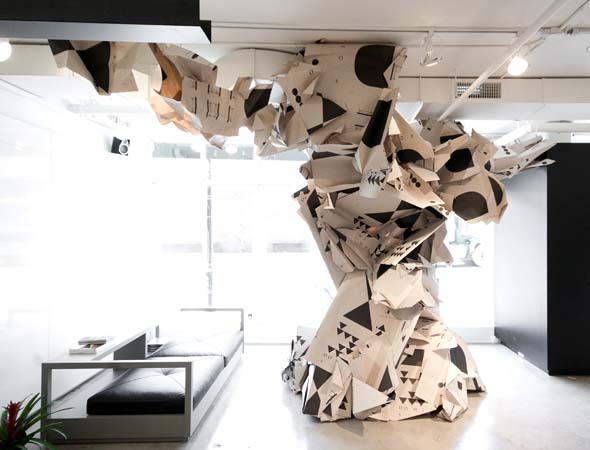 "We want to create pieces that are both comfortable and edgy," My tells me as we chat during Domison's grand opening. "We're always trying out new shapes and materials." 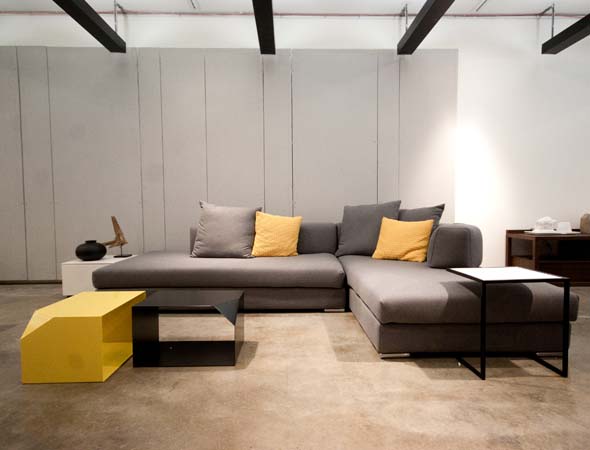 The brother and sister team tested out the Toronto waters during the Interior Design Show in January. My says the decision to open up in this lofty industrial space was just part of a "natural progression."

"You guys are our neighbours," she says. "We always hoped to open up something here." 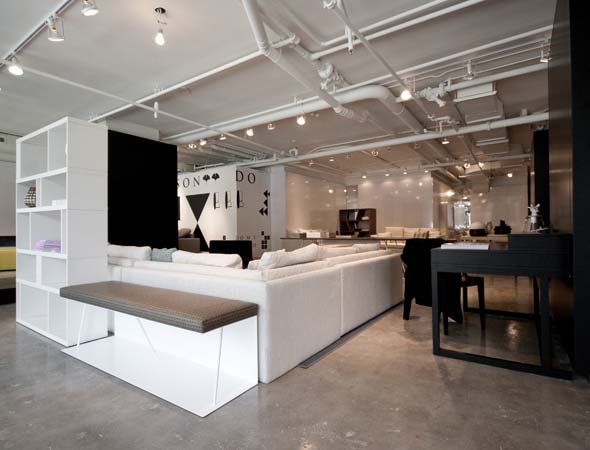 Domison's mix of spider chairs, wall cubbies, understated sectionals and more were all designed in Canada with the intention of keeping things affordable. "Great design is not always affordable," My says. "It's really important to us that we keep costs low." Domison couches can range from $1,500 to $4,500. The showroom will also display accessories by local Canadian designers. 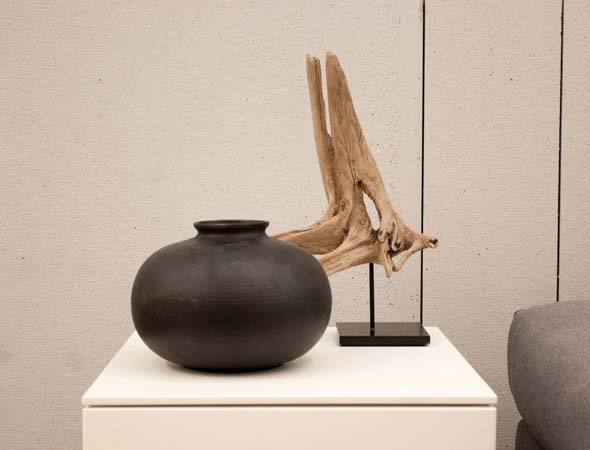 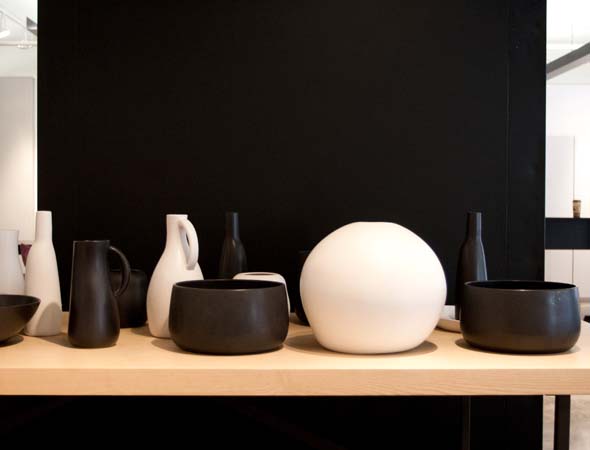 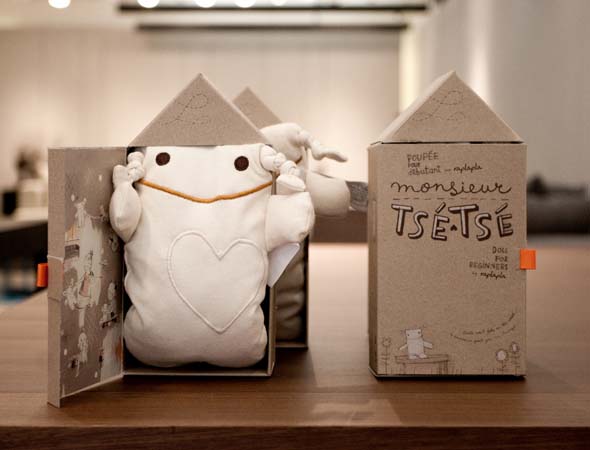 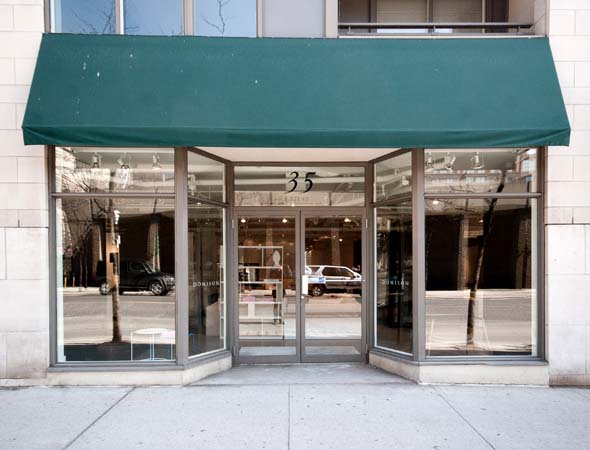