The Chief Salvage Co. has appropriately opened in one half of the storefront that housed the Dufferin Smoke Shop , a business that, even when it was still open , seemed like a reliquary of a time now past. Cody Cochrane's curiosity shop is a place bursting with the past, with the detritus of lives - and deaths - spread all over the walls, floors and tabletops inside. 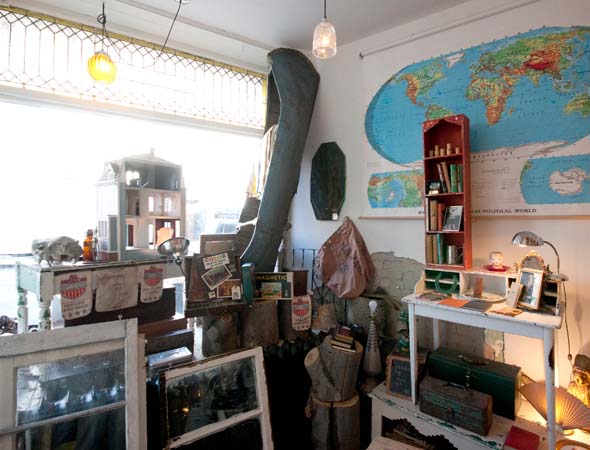 On a wall near the back of the store, Cochrane has framed the Certificate of Cremation of one Frank N. Eighme, who died early in 1948 in Bloomington, Minnesota. She bought the paper artefact in San Francisco, as part of a lot of funeral parlour records, and decided that this last official record of a man's life deserved to be treated with reverence, like a "precious thing." Her store is full of these provocative, imagination-firing little mementos, some ready to hang, others arranged in careful tableaux. 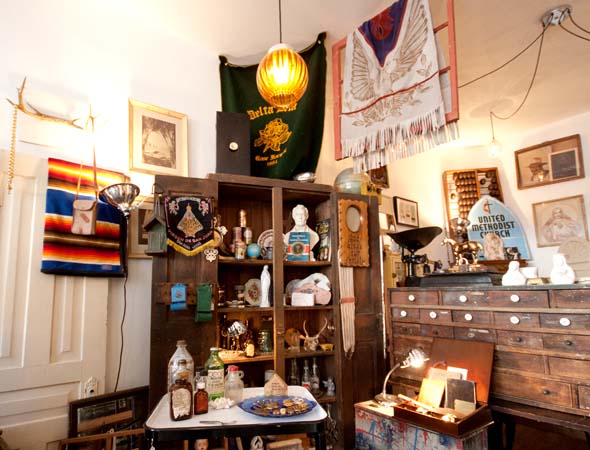 Cochrane says she began collecting antiques and curios six years ago when she was living in Scotland, with its "great little junk shops." Back in Canada, she began going on buying trips to Texas, San Francisco and Massachusetts. "I accumulated a couple of storage spaces worth of stuff." 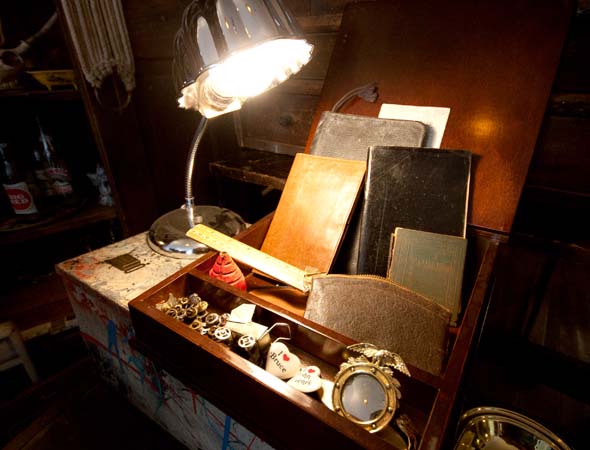 The finds Cochrane features in her store fall into roughly two groups. The first are institutional, discarded by schools, hospitals, medical offices, churches, funeral parlours and her particular obsession - Masonic lodges and their fraternal cousins: Shriners, Oddfellows, and Loyal Orders of Moose, Elk and sundry other brotherhoods. On one table, she's created a little tribute to Masonic life around a formal portrait of a lodge worthy, composed of books, ribbons, a sash and a collector's plate. 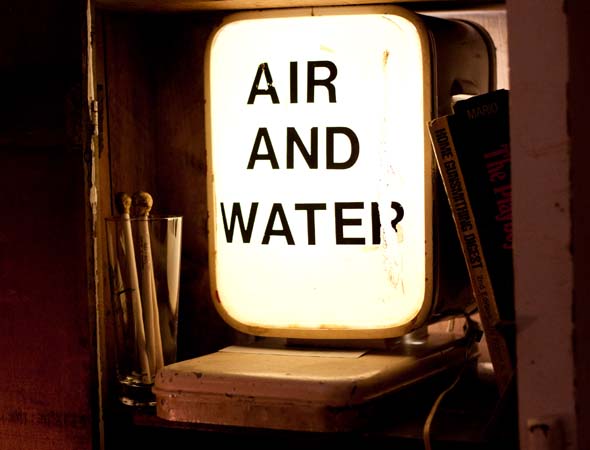 The second group of goods are souvenirs - the mugs, postcards, badges, trinkets, gewgaws and tiny spoons that we used to bring home in our luggage from vacations in the first heyday of popular tourism. They're often arranged next to the notions that made their way back home in pockets - shells and coral, rocks and feathers - and the odd bit of taxidermy. These make Chief Salvage Co. practically glow with the half-life of road trips on interstates to camp grounds, motels and amusement parks. 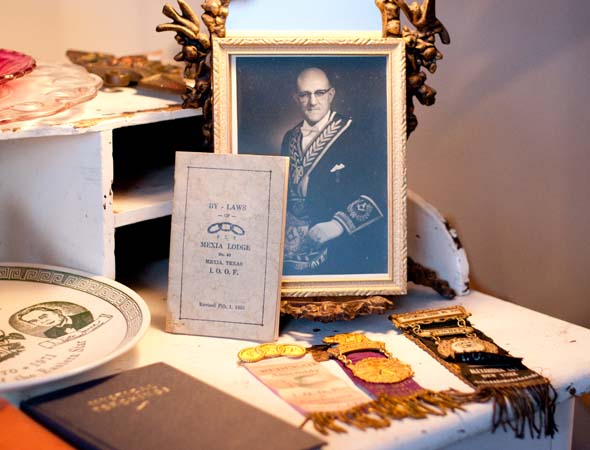 "I would say I deal in nostalgia," Cochrane says with a chuckle, though given the youthful profile of Dundas West , her customers are collecting the traces of the lives of parents and grandparents; few, if any, were probably born when her American bicentennial mementos or ceramic presidential busts were new. 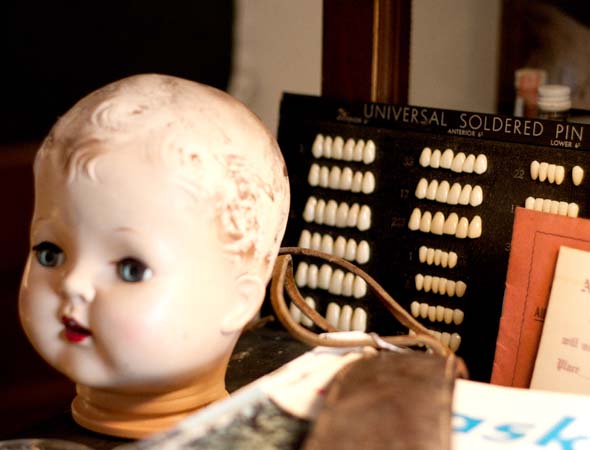 An artist, Cochrane says that the store's taken up so much of her time that her creative energy has been displaced into creating the shadow boxes and assemblages that anchor her displays, like the one in the middle of the store, with an old auctioneer's glass-topped box that's been fitted with a gooseneck light, that illuminates a trio of portraits of military cadets, a silk souvenir scarf from a Wisconsin army base, a pair of animal jaw bones and a mannequin's elegant hand. "I put a lot of thought into them," Cochrane says. 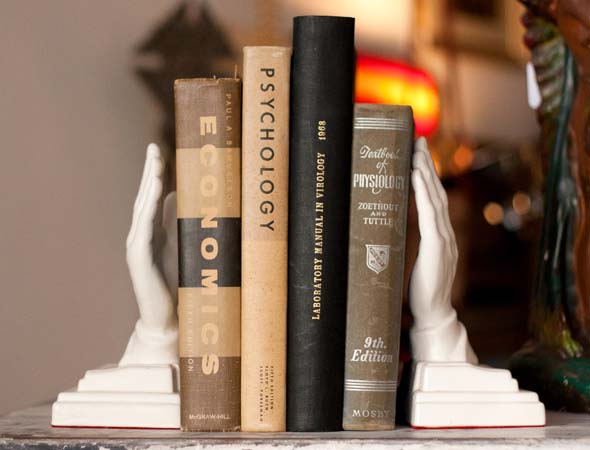 Each of these items, and the whole store by extension, brings to mind American artists Joseph Cornell , with his impeccably crafted >shadow boxes full of Victorian ephemera. Today, the '60s and '70s are as far away from us as the Victorian era was from Cornell, and our sense of old and intriguing has shifted accordingly, and you could look at Chief Salvage Co. as the souvenir shop for a museum yet to be built. 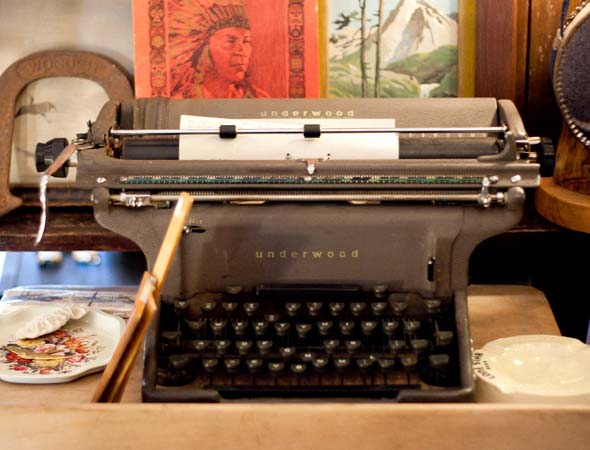 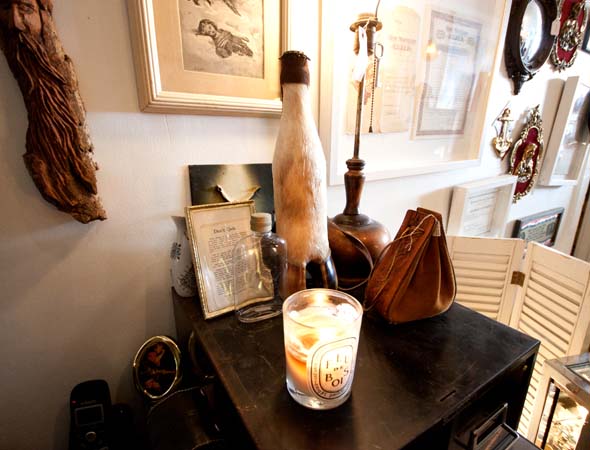 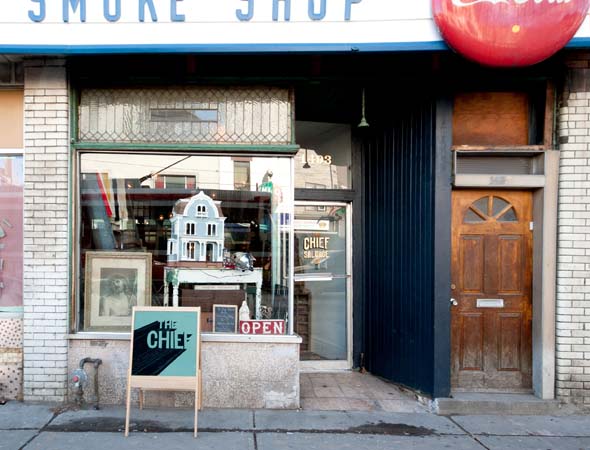