Atomic Design on West Queen West is the bomb. (Forgive me, I had to.) I had no idea what to expect from this little store the first time I stopped by. I was more than a little surprised when I walked in and saw all the classic mid-century modern lamps, clocks, chairs, and art. 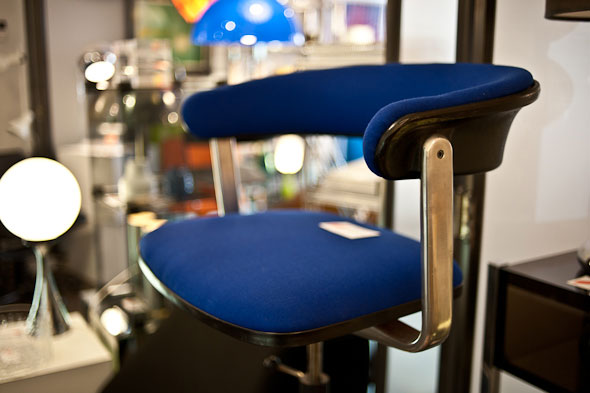 All in pretty much mint condition, with each piece restored to glory by the shop's owner, Lawrence Blairs, in his workshop. I had to resist the urge to put that last sentence in ALL CAPS. I love mid-century modern design, and finding a room full of it makes me very happy indeed. The fact that it's all clean, working, and for sale is enough to make my head explode. 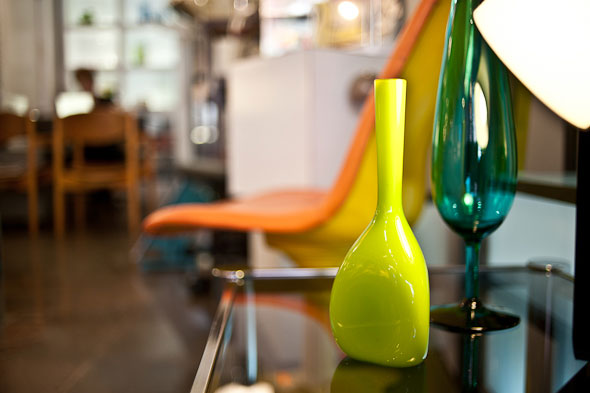 The period and style in question is loosely defined - much easier to spot than describe. It usually includes bright colours, clean lines, and visually simple functionality. It's never beige, difficult or clunky.

I saw a vintage Braun coffee grinder ($130.00), a steal from a design period when clean and powerful trumped cheap and cute. A small collection of very pretty jewelry is, it turns out, expertly chosen.

I was most intrigued by a perfectly proportioned stainless steel digital clock ($700.00), that turns out to have come from Pearson Airport in the 70's. 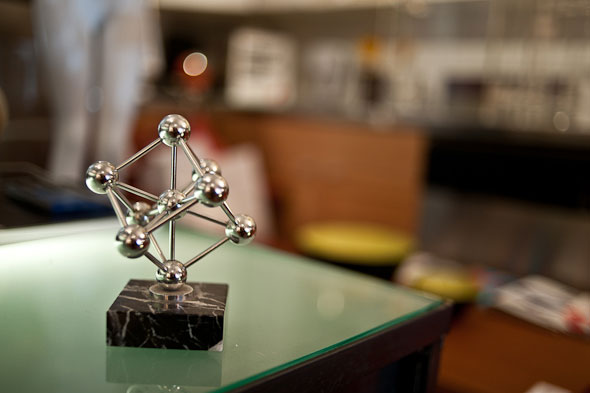 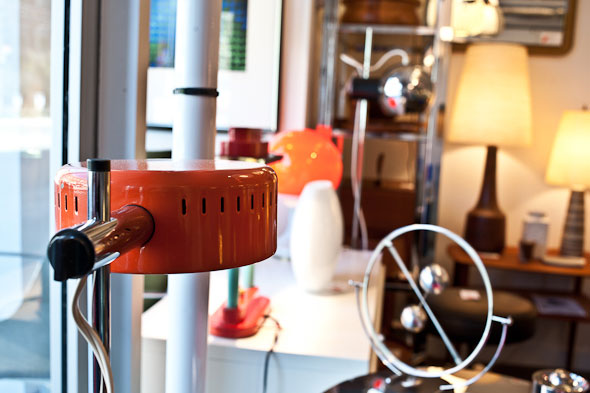 If you are a fan of Stanley Kubrick's "A Clockwork Orange," then you will revel in the opportunity to re-create the film's sets in your own home. Actually, many specialty antique stores make a bit of money on the side by renting pieces out to decorate film sets - Atomic is no exception.

It's a well known fact that every interior designer, architect and industrial designer has "set decorator" on their dream jobs list. And speaking of second jobs, Mr. Blairs has a degree in Gemology, a career he forsook for the dream job of curating (and restoring) these impeccable antiques. 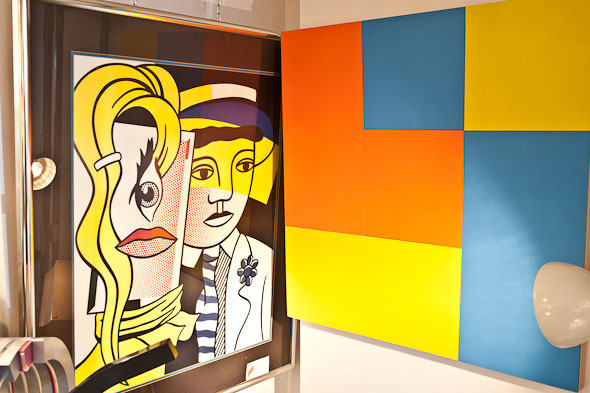 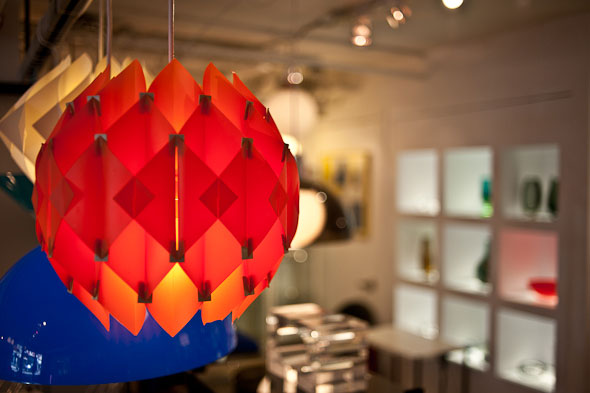 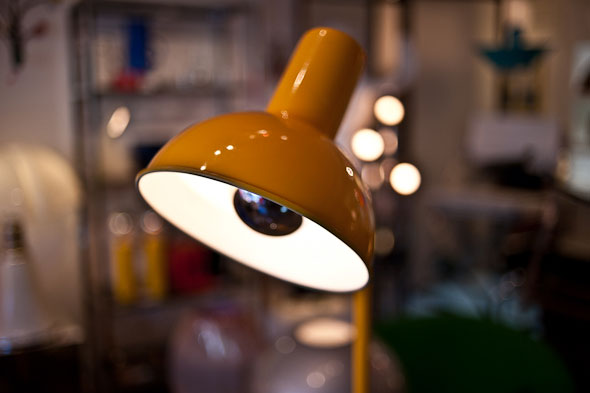 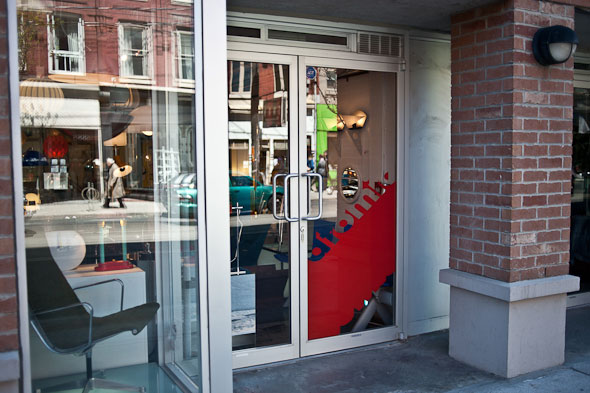