The Metro Theatre closes its doors for good

"I think right now they're looking at what their strategy is to actually exit the property," he says. "In the next couple of weeks [the owner] will come back and he will have a statement or he will let people know exactly what's happening and what they're going to be doing with it."

Current owner Kar Green, who also goes by Karim Hirji, has been trying to sell the theatre for roughly a decade. CBC News reported the Bloor St. West building was on the market for $3.8 million in 2012, but so far no-one has come up with the money. 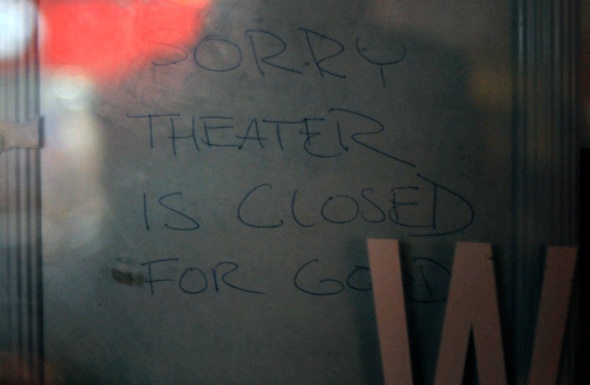 "His goal was always to be out of there by January next year," Hlibka says. It's not clear what Green has planned beyond the new year.

The art deco Metro Theatre opened in 1939, specializing in B-movies and other alternative films. It flirted with a brief mainstream period in the 1950s before returning to bawdy flicks like The Cheaters, The Love Pill, and The 1001 Perversions of Felicia under independent ownership in the 1980s and beyond.

Hlibka, meanwhile, says he will be focusing on events at his own Big Picture Cinema - formerly the Projection Booth Theatre - on Gerrard St. East after the demise of the Metro.

Are you sad to see Metro Theatre close? What do you think could replace the historic movie house?