Tomi-Kro, the restaurant many Leslieville locals regard (regarded) as the best in the neighbourhood has gone bust. The dreaded notice of distress appeared on the front window of 1214 Queen St East on October 19th indicating that the landlord is due $49,814.64. It's a bit surprising given the owner of Tomi-Kro opened The Playpen a new restaurant at the corner of Carlaw and Gerrard East around the same time. Makes you wonder if the two things are related. 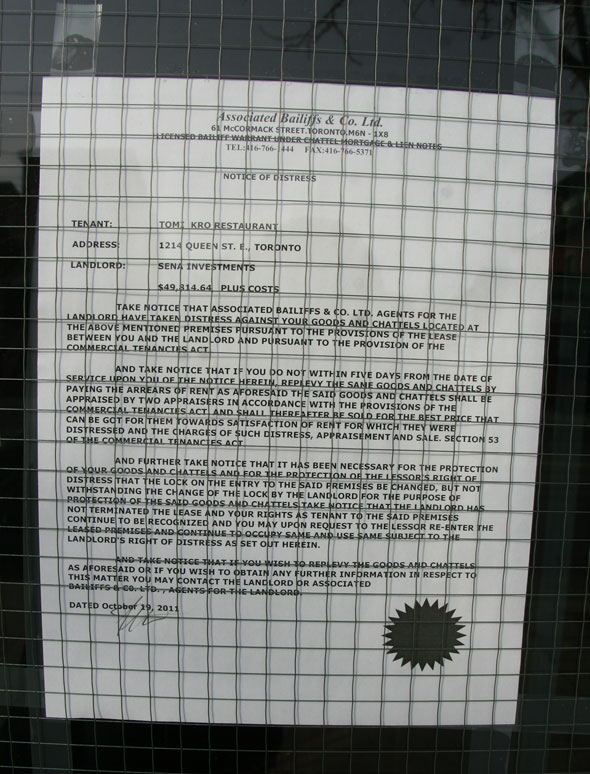 Thanks to chrisbozek and jarr2 on Twitter for the tip