Le Gourmand in the Deadpool

Five months after the landlord locked the doors on their Yonge and Eglinton location, Le Gourmand is now completely deadpooled following the closures of both their Spadina flagship and the cafe near Yonge and Bloor. In all three instances, a notice on the door indicates the owner was not able to keep up with his monthly rents. The amount posted due at 152 Spadina is $25,423.87.

The closure raises legitimate questions how such a seemingly successful business could fall so suddenly on hard times. Back in March, owner Milton Nunes told us that the Yonge and Eglinton location didn't work out due to "unaffordable rent". For the rest of the locations to fail as well suggests the issues plaguing Le Gourmand were more systemic. It's certainly a somewhat shocking and sudden end to a grocer cafe many felt made some of the best cookies, soup and other affordable gourmet treats in the city. 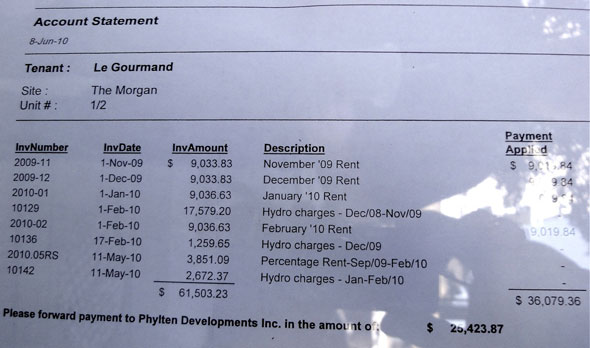 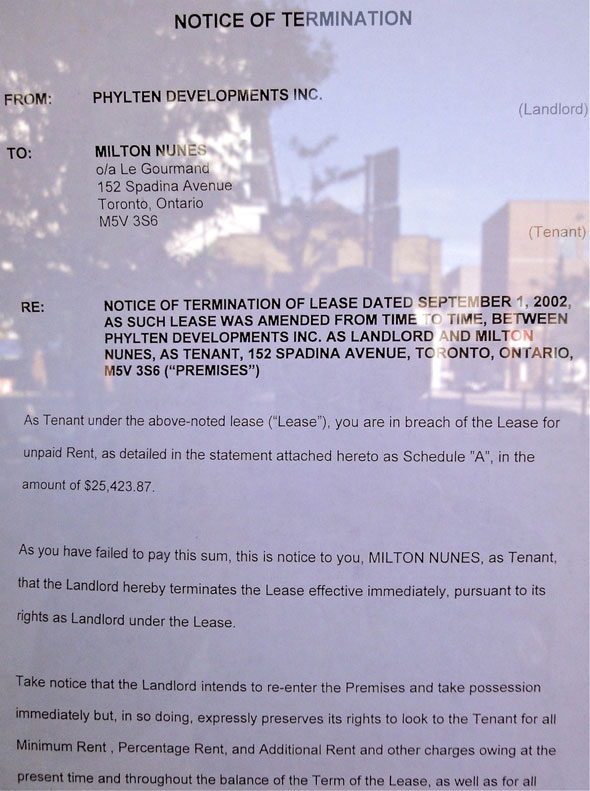 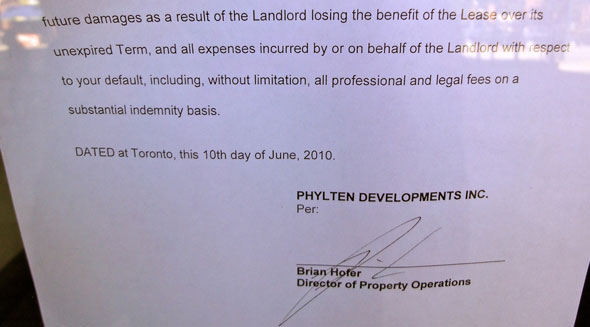