It's time to catch up on a number of Deadpool sightings from the past few weeks. On Ossington, brunch and vegetarian fave Get Real Cafe has become the latest casualty on the block between Argyle and Foxley. Following in the footsteps of the recently closed Le Bar a Soupe, Get Real either couldn't cope with a 30% rent increase demanded by their landlord OR were behind in their rent. Either way, they'll be missed and the street is down a lunch option (although Pizzeria Libretto recently started offering lunch service so maybe everything evens out). 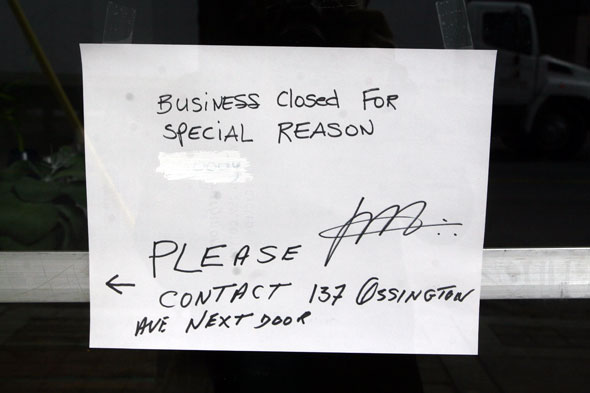 Not one to go out without a bit of mystery, Get Real at least had some fun posting this sign to their front door. 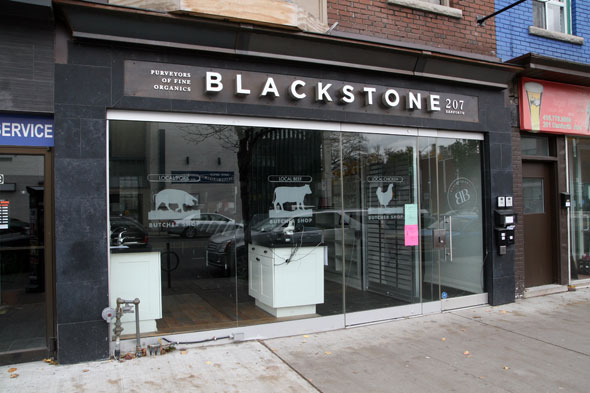 Over on the Danforth, there's no sign but clearly not all is well at Blackstone Organic Meats. When I talked to the owner last summer she had grand plans to become the city's second coming of Cumbrae's. Or was that Healthy Butcher? Not so fast. The doors have been shut for a few weeks and all the shelves and fridges have been cleared. 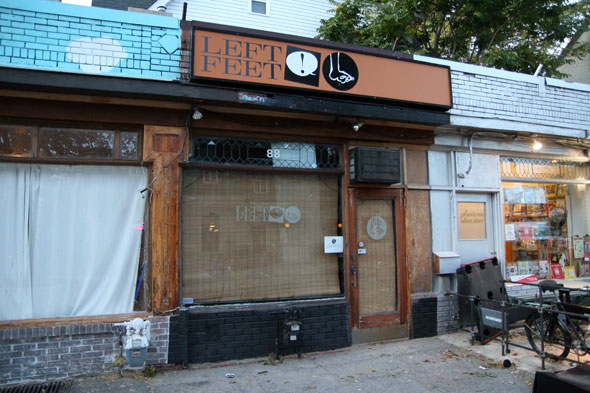 Speaking of cleared, inventory was always a bit light at the city's best vegan shoe store. But times are a changin' for Kensington's Left Feet, namely they're no longer in Kensington. The store ceased operations way back on September 11th. A sign on the front suggested a new location might be in the future but the web site has yet to announce any updates. 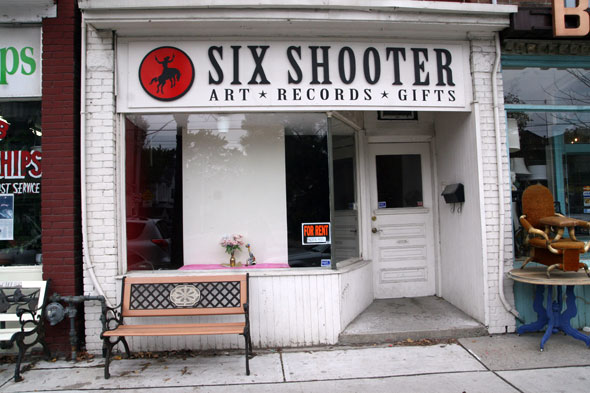 Lastly, in Leslieville, Six Shooter Records has packed up both their second floor office and ground floor retail space. They had a brief blowout sale of vinyl and CDs last month. The word was they were just moving but their web site is also lacking of any updates on that front. Hey - anyone not called Holy Cow! looking for a cool space in the 'hood?