I Deal Coffee on Queen Goes Deadpool. Is Madras Pantry Next?

Leslieville isn't hurting for quality cafes, but it's still disappointing to see that I Deal Coffee on Queen East has closed their doors. The Queen and Ashdale location was the most recent addition to the I Deal family and arguably its nicest spot. It was larger and brighter than the Kensington and Ossington outposts and was used to supply roasted beans and baked treats to the other cafes.

Most likely it was the location that killed it though. This side of Queen near Coxwell isn't really a retail or restaurant hot spot and walk by traffic is slim. It was also never able to lure many customers from the much more bustling Red Rocket a little further west. 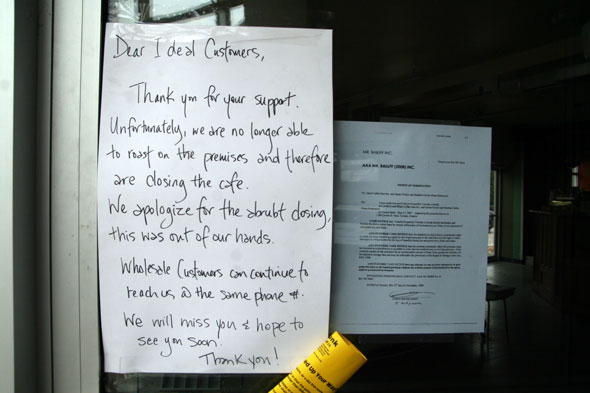 The closing of 1560 Queen happened quite suddenly and the owners posted a note to the front of the door. Phone calls are now being re-directed to the Kensington location. 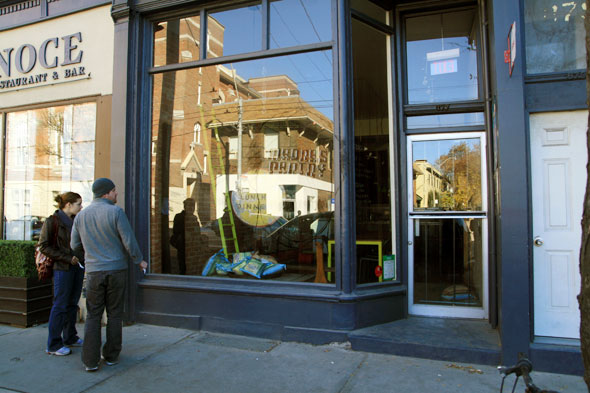 Meanwhile, further west on Queen near Trinity Bellwoods Park, concern is mounting that Madras Pantry might be headed to the Deadpool. The dosa haven has been closed since Friday and talking to some staffers in neighbouring shops the consensus is that it doesn't look good.

Personally, I really liked the place and Charlotte gave it a favourable review when it first opened this summer. But a review from NOW Magazine wasn't so kind, calling it over-hyped and the dosas a mess. The wait is now on to see whether they're just re-tooling or whether Toronto's first modern dosa hut is a certified bust.