"Problematic, dangerous, traumatizing," are a few words that Maraal Rahravani-Eng uses to describe the experience of catching the bus after school.

Buses 76A, 76B and 15 Evans, have routes along Royal York Road, passing by stops in front of several schools including Etobicoke School of the Arts (ESA), Bishop Allen Academy, and Karen Kain School of the Arts.

All three buses go to Royal York station, a stop for most students who come from all over the city to attend the specialized arts programs offered at ESA and KKSA.

And while many students are grateful they get to attend these specialized schools, getting to and from school on the TTC is, quite frankly, a nightmare.

Go to the bus stop in front of Etobicoke School of the Arts on any given day around 3:15 p.m., and you will be met with a hoard of teenagers pushing, shoving, and yelling their way onto the bus. 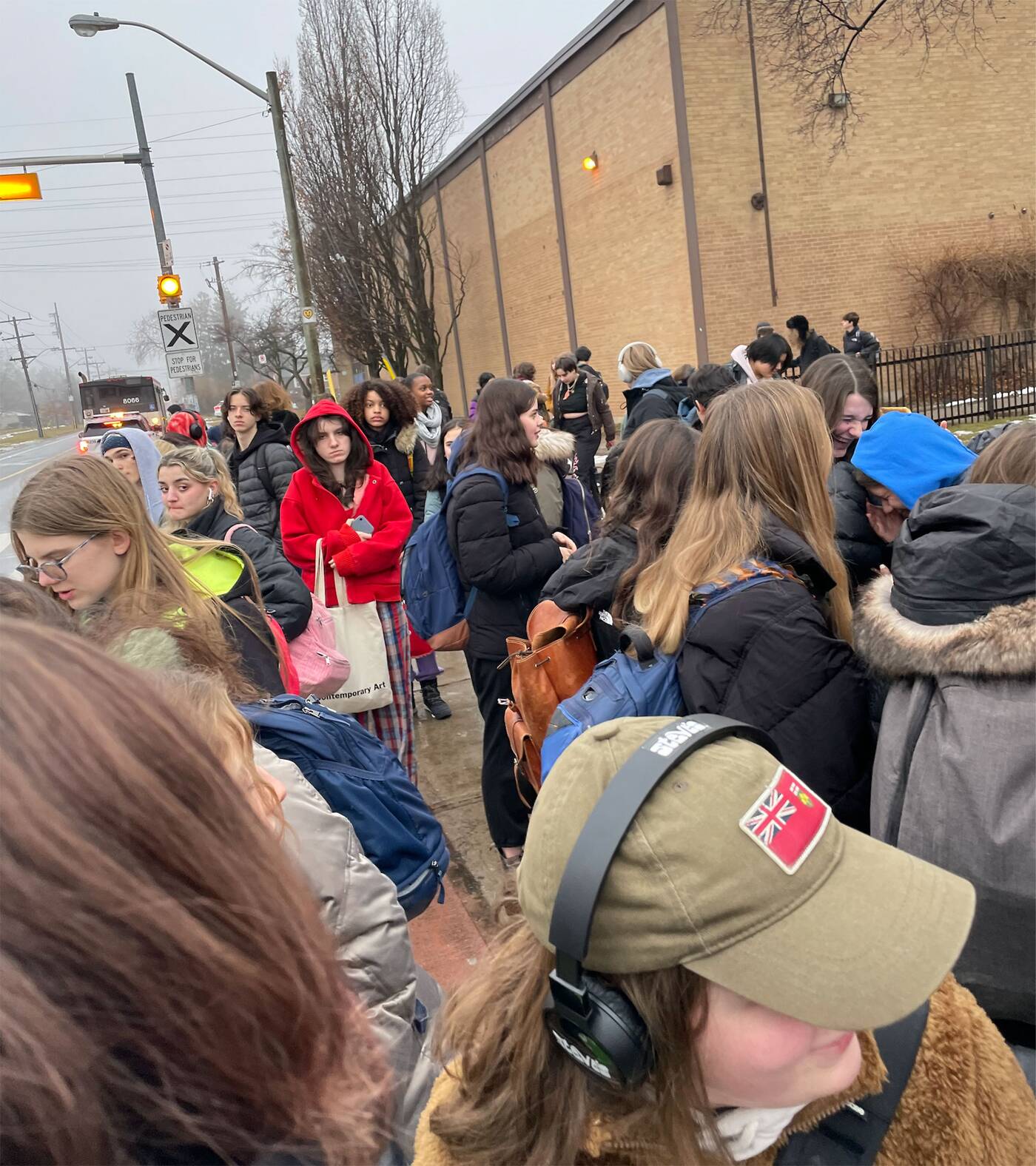 Waiting for the bus.

It is not uncommon for buses to be 'Not In Service' when they pass this crowded stop, nor is it uncommon for the brave bus drivers who do stop, to try different tactics to manage the madness.

Is this behaviour a problem of manners, or lack of buses? Regardless, the situation is out of control.

Eden De Gasperis Tedesco is a grade 10 student at ESA who has been taking the bus to Royal York Station for the past year and a half. To make sure she gets on the bus, Eden says she runs, makes sure her Presto card is handy, and prepares herself.

Students as young as grade 6 take this bus and are forced to fight their way on through much older and larger students.

As a grade 9, Eden was pushed and shoved by older kids, who wanted to make it on to the bus. "I've gotten thrown into a puddle and, like, a dirt puddle…My whole side was covered in mud." 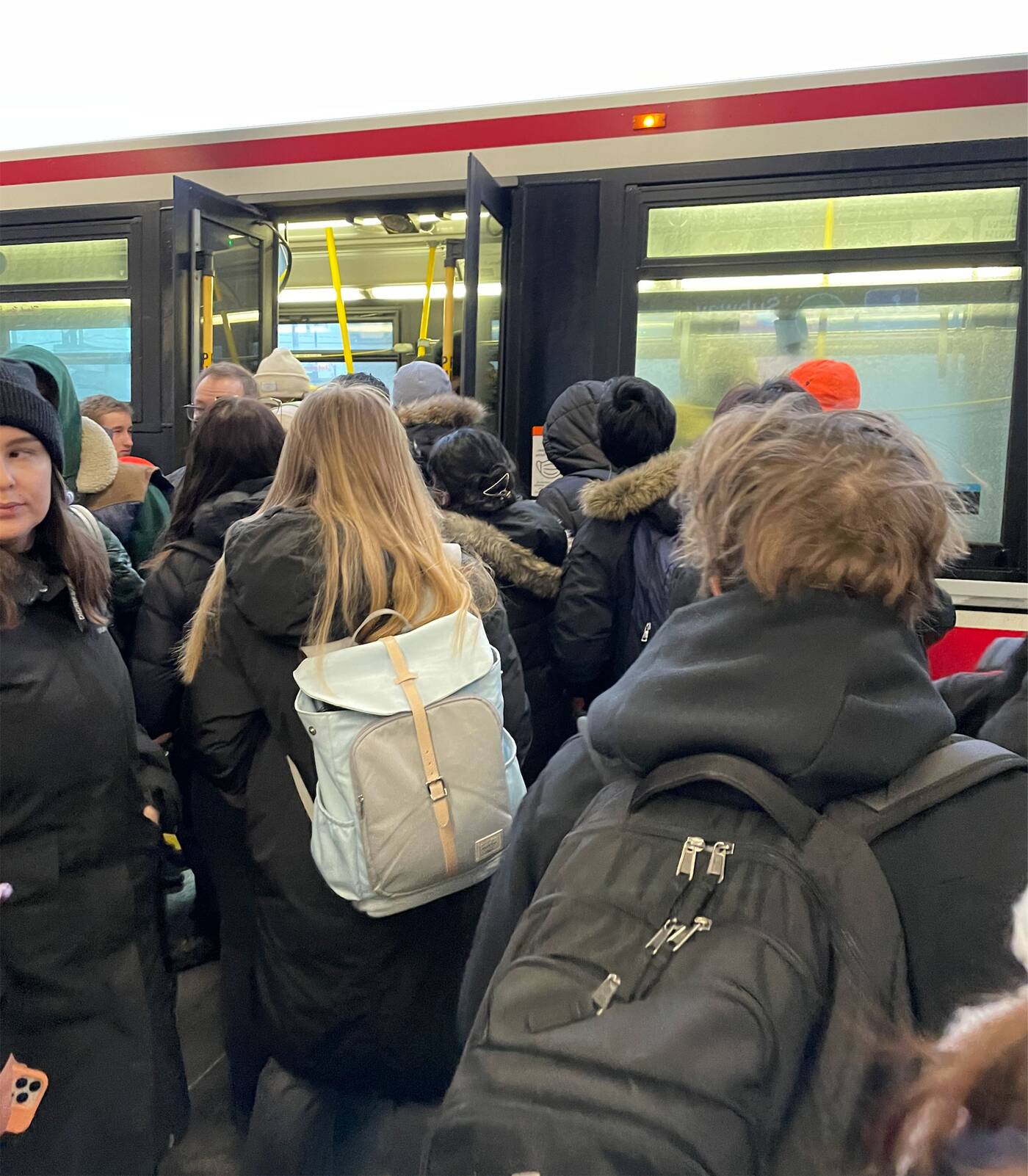 Students trying to board a bus.

If you don't move with the crowd, you will absolutely be trampled. If you are the tiniest bit claustrophobic, forget about it, you may as well walk the half an hour to the station, which many students opt to do.

Mikayla Osler took the bus to Royal York Station for 3 years when she attended Karen Kain School of the Arts, from ages 10 to 13.

"The busing situation was incredibly unsafe for a 10 year old girl," Mikayla explains.

Mikayla has relied on the TTC to get to school for years, yet says that she has "never experienced something as overwhelming on it as trying to board the Royal York bus."

Royal York Road has become a dreaded place for hundreds of students, many bus drivers, and the poor non-high schooler commuters.

Solutions to this issue?