Toronto ranked one of the most powerful cities in the world

A new global report ranks Toronto as one of the most powerful cities in the world.

The Mori Memorial Foundation's Global Power City Index 2022 (GIPC) evaluates and ranks the major cities of the world "according to their 'magnetism' or their comprehensive power to attract people, capital and enterprises from around the world."

The list has been published annually since 2008, with direction from some of the top experts in different fields in Japan, Europe, and the U.S.

The GIPC ranks global cities based on 70 indicators, which are merged under six multidimensional functions: economy, research and development, cultural interaction, livability, environment, and accessibility.

Some of the indicators include GDP per capita, total employment, tourist attractions, number of foreign residents, housing rent, air quality, and commuting time.

Toronto ranks as the #1 Canadian city and #22 out of 48 cities globally, with Vancouver following suit at #34. 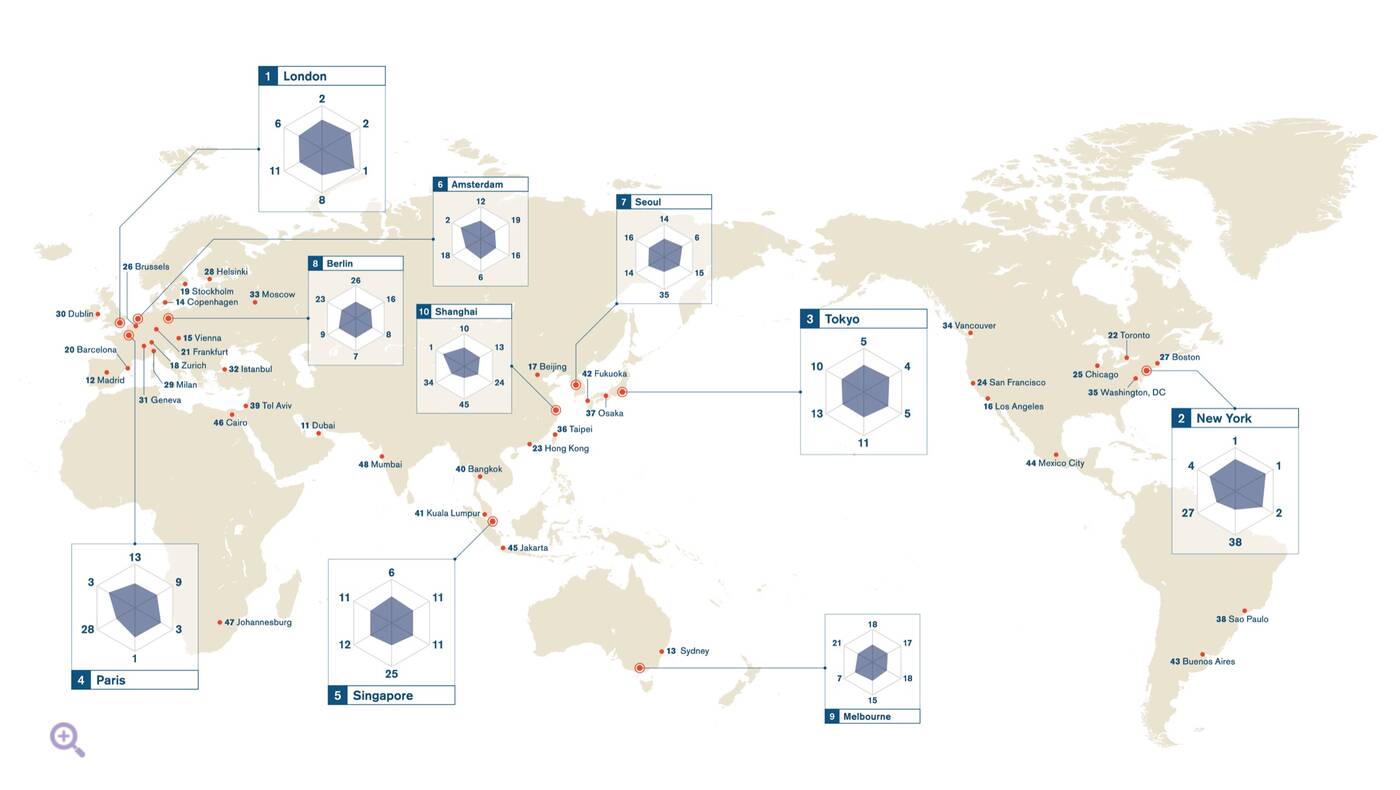 In regards to function-specific rankings, Toronto ranked #15 for economy, #20 for research and development, #30 for cultural interaction, #12 for livability, #17 for environment, and #27 for accessibility.

Here are the top 10 cities on the Global Power City Index for 2022: