Get ready for even more traffic in Toronto's clogged downtown core as an extremely busy intersection is now temporarily closed for at least two weeks.

Construction efforts are ongoing at the cross-section of King and University to fix a broken water main that has sat below the busy intersection for more than 140 years.

To support repair work on a broken watermain, the intersection of King Street West & University Ave is closed.

King Street West will be shuttered between York and Simcoe Streets, while University is now closed between Adelaide and Wellington as of Jan. 22 and will remain so for the duration of construction.

Blue fencing surrounds the impacted area while excavators, drilling rigs, pylons, and other construction gear litter the intersection amid clouds of dust and dirt. 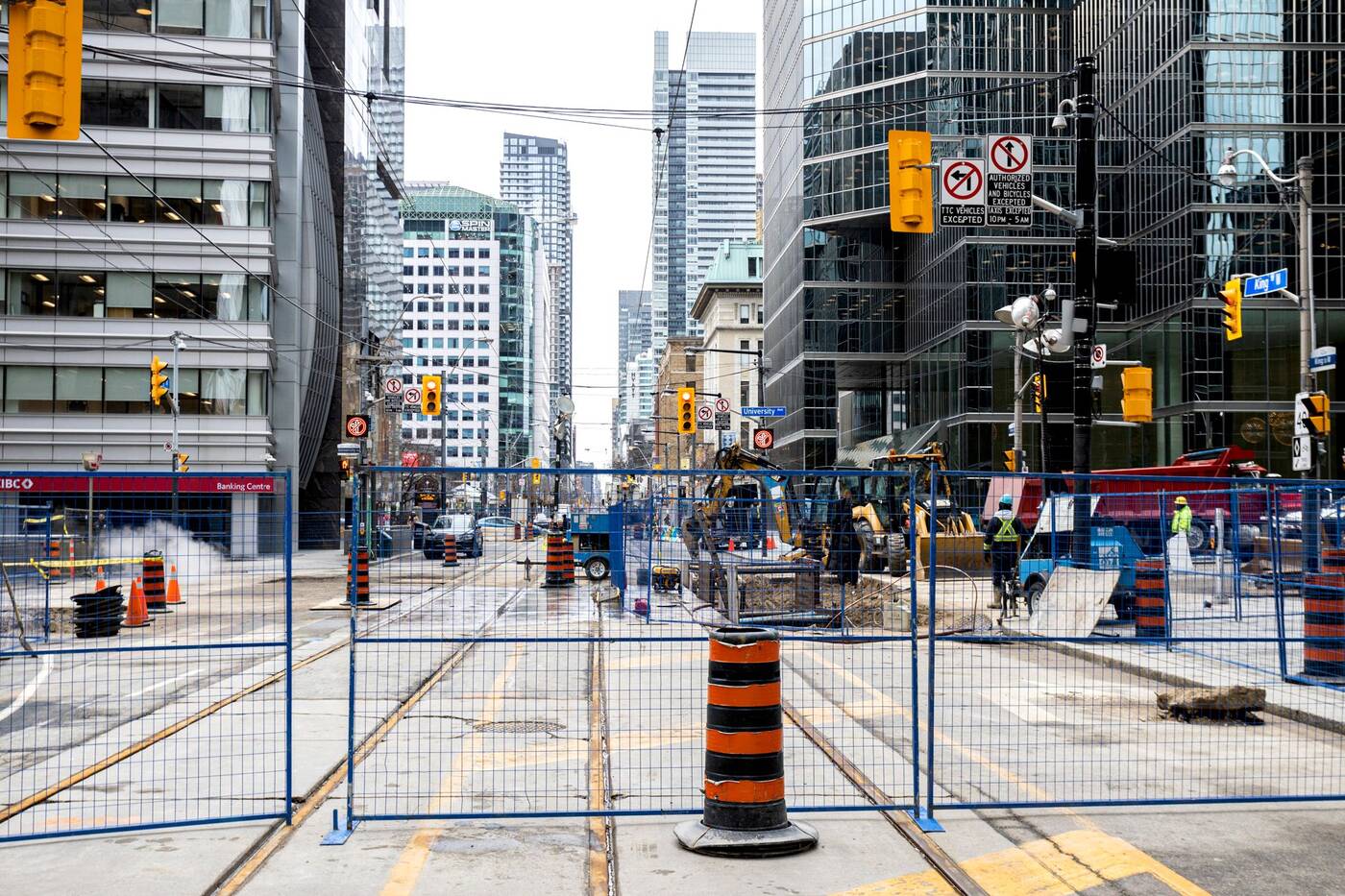 This shutdown is expected to last approximately two weeks - but given the city's reputation for extended periods of construction and the fact this water main is pretty ancient, two weeks is a very ambitious timeline.

20230123. An 1882-installed cast iron water main burst over the weekend closing the King/University intersection for 2-3 weeks depending on whether tracks need moving or not. The burst caused a large shallow hole and TTC routes 504, 503 are affected. #infrastructure #toronto pic.twitter.com/mMrXzdJN1c

The infrastructure in question is a cast-iron water main dating back to the year 1882, only 15 years after Canadian Confederation.

It ruptured this past weekend, releasing a torrent of steam into the intersection and emptying buckets of water into the St. Andrew subway station below. It also led to extensive water pooling on the roadways. 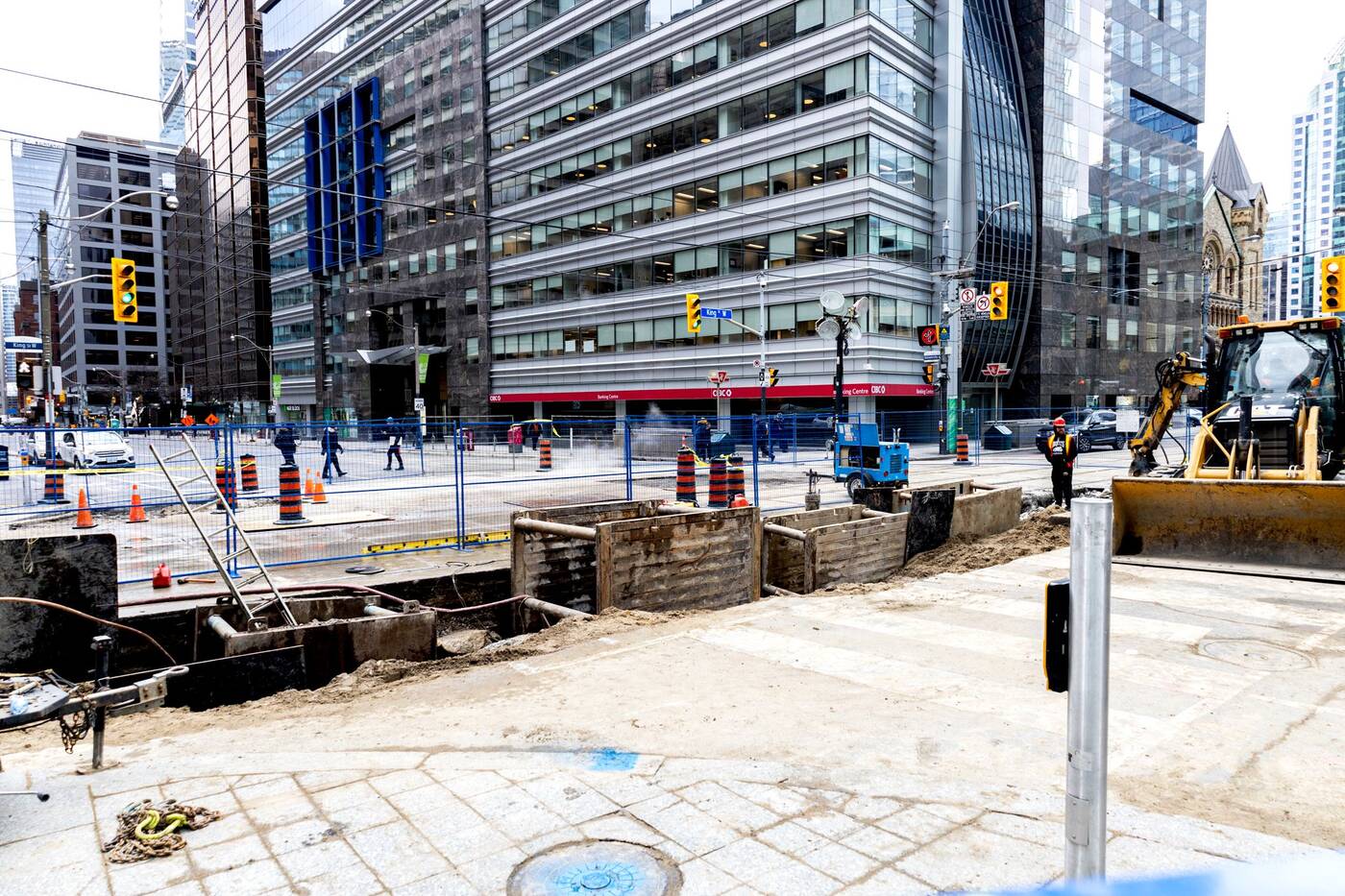 To put that into perspective, 1882 was a mere 48 years after Toronto officially became a city. That means this well-crafted piece of infrastructure has been carrying water below the evolving downtown for approximately 141 years.

As a result of the watermain break and damage to streetcar infrastructure, the 504A King will not run between Sumach and the Springhurst Loop while the 504B has no service between Church St and Dundas West station. 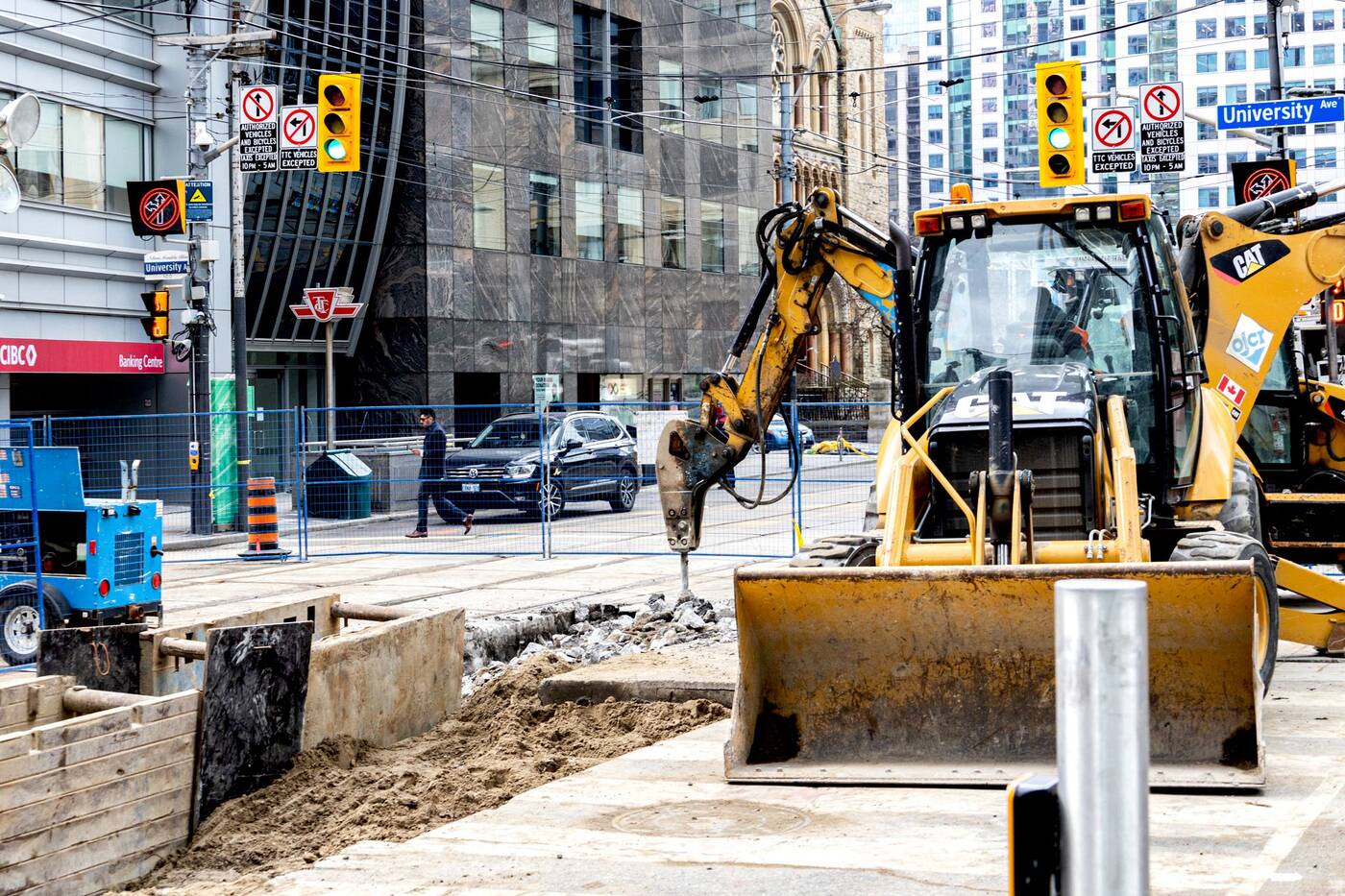 Shuttle buses will instead operate between Dundas West Station and King Station at River to supplement the lack of streetcars. 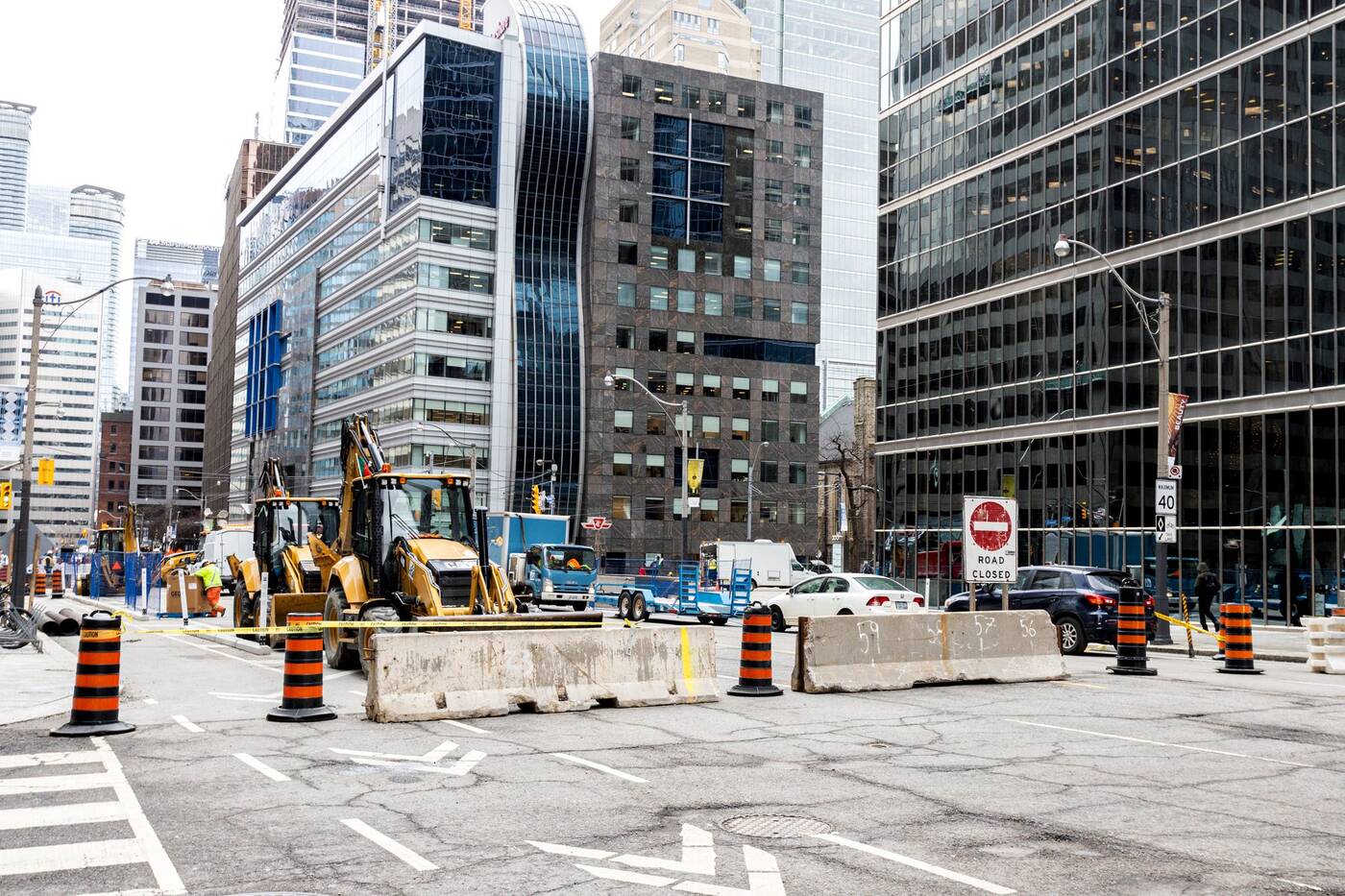 This is all to say that commuters should probably prepare themselves for being late over the next two weeks and give themselves ample time to navigate this heinous intersection.