Check your pockets! You could have an award-winning Canadian coin floating around in your change.

The Royal Canadian Mint announced that it has won Coin of the Year Awards in two of the 10 categories in which mints from around the world go head-to-head in a prestigious awards program for excellence in coin design and manufacturing.

"The Mint is passionate about finding new ways to showcase Canada on coins that represent the highest levels of craftsmanship, design and innovation," said Marie Lemay, president and CEO of the Royal Canadian Mint, in a statement.

"To win not only one, but two Coin of the Year Awards in the same year is an amazing recognition that our coins are indeed best-in-class, and admired by collectors around the world." 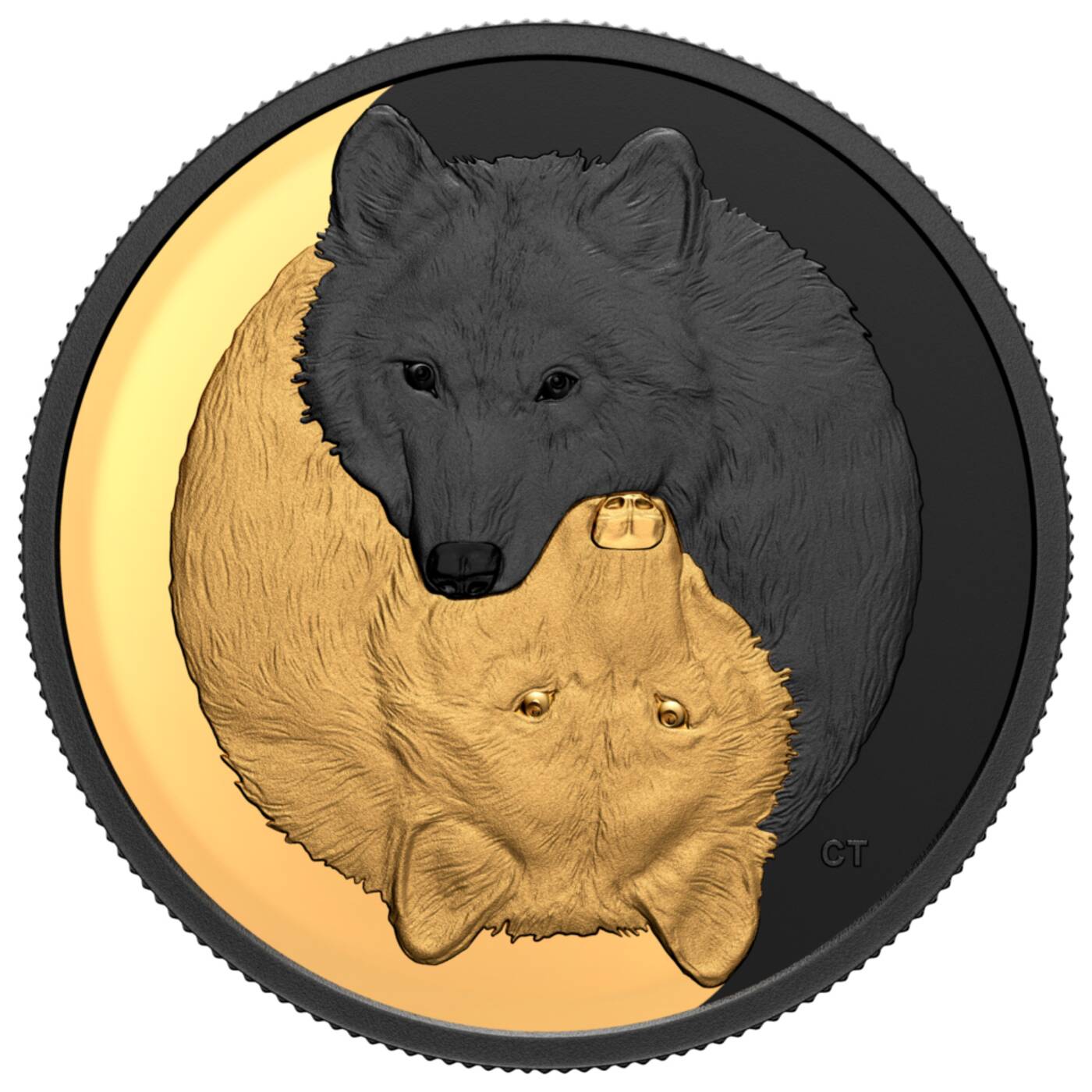 The artist, Claude Thivierge, embossed one of Canada's top predators, the grey wolf in a yin-yang design. It was rendered in contrasting gold and black rhodium plating.

However, this stunning mint is not in circulation, and would cost about $130 for you to add to your coin collection.

The Mint's first coloured 10-cent circulation coin issued in 2021 to celebrate the 100th anniversary of Bluenose was crowned the "Best Circulation" coin.

The racing ship and fishing vessel is the classic design that we've seen on the coin for years, but Nova Scotia marine artist Yves Bérubé brought it to life by adding a splash of colour to the Mint's smallest circulating coin for the very first time. 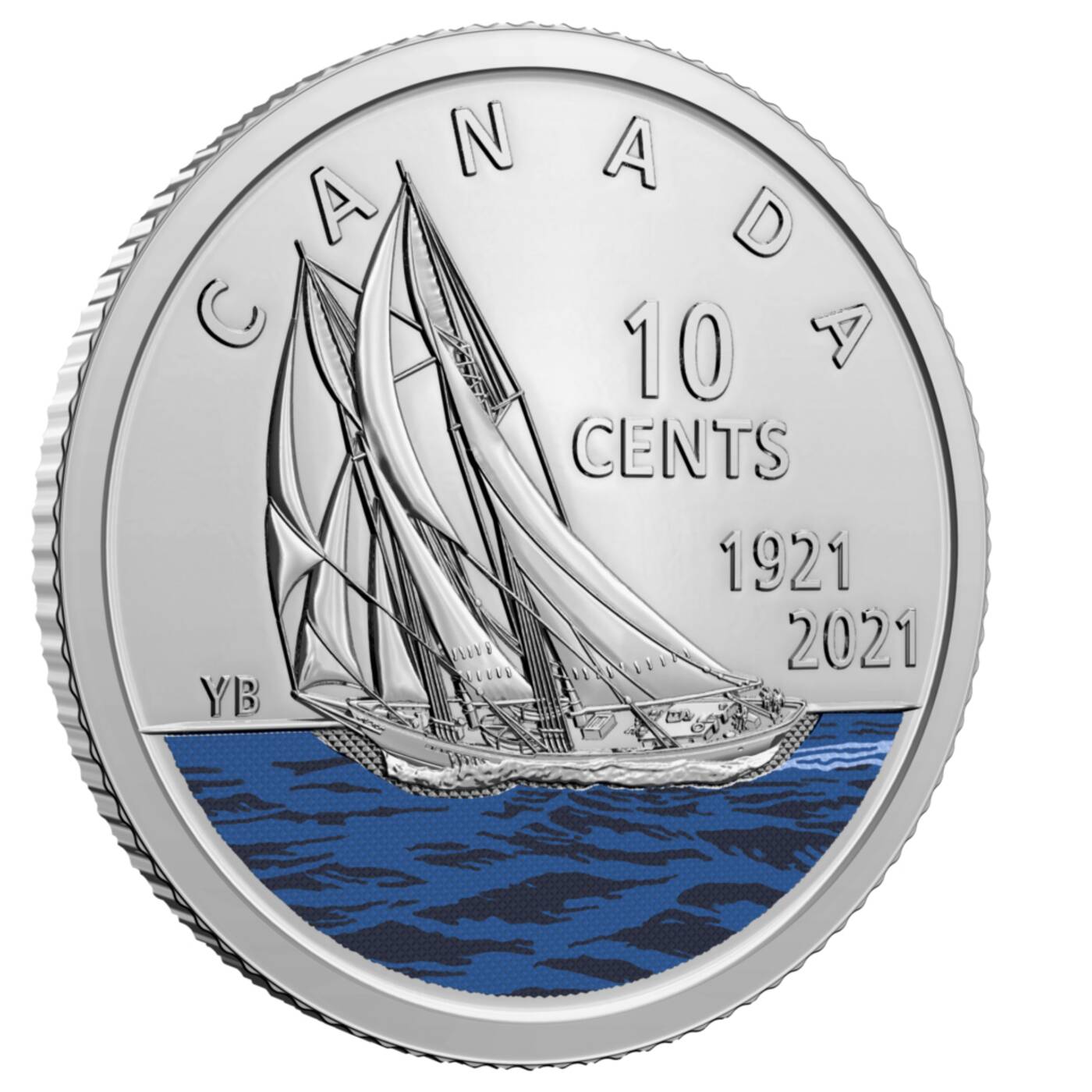 Although this coin can be purchased on the Mint's site for $24.95, you could also find it in your wallet as it's been circulating in Canada since 2021.

The annual Coin of the Year competition is judged by an international panel of the world's leading mint officials, medalists, journalists, and central bank and museum officials.

The winners were selected among 100 finalists spanning 10 categories.

The Bluenose isn't the only colourful coin you can find in your change. A vibrant loonie featuring famous inventor of the telephone Alexander Graham Bell was put into circulation last October.