Next month, you’ll see a dip in your take-home income due to a tax hike — that is, unless your employer takes extra steps to prevent it.

“The upcoming 2023 increase in payroll taxes will mean every Canadian worker will see up to $305 less in take-home income on January 1, unless their employer is able to make up the difference,” the Canadian Federation of Independent Business (CFIB) said in a press release.

The Canada Pension Plan (CPP) and the federal Employment Insurance (EI) plan have both seen some pretty major hikes — up to 6.7 per cent — and CFIB warns that employers will struggle to meet their existing payroll budgets.

This means small businesses will have an uphill financial battle alongside employed workers, too.

As the new year rings in, CPP premiums alone will go up by around 7.3 per cent because of an increase in the CPP rate as well as the Yearly Maximum Pensionable Earnings (YMPE). CFIB says it could cost workers and employers up to $255 more in contributions per employee.

Dan Kelly, president of the CFIB, noted that the maximum additional amount that an employee will pay in EI and CPP contributions is $304.71.

“It may not seem like a lot, but $300 can cost one family a trip to the grocery store or pay for their transportation or utility bills,” he said in a statement. “Payroll tax increases will hit Canadians at a time when most are already seeing their cost of living quickly increase.” 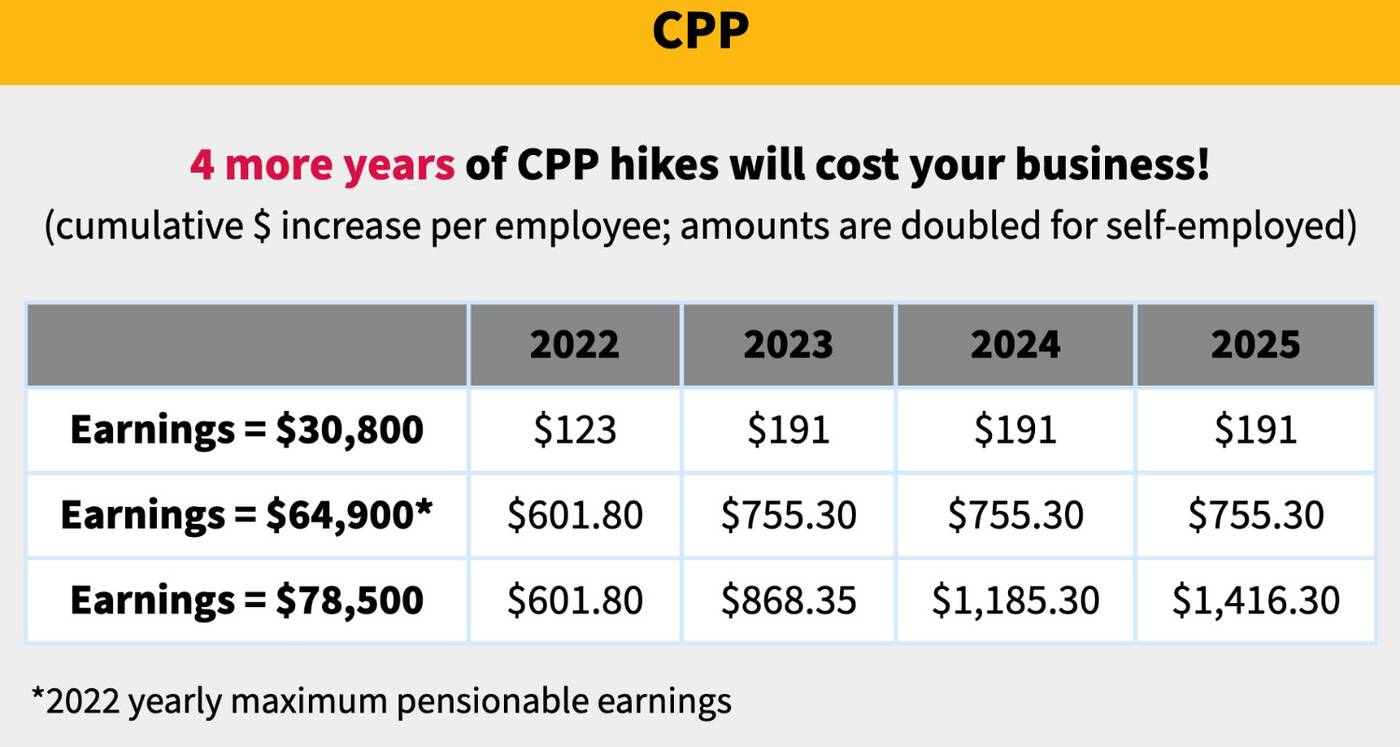 Kelly also stressed on the adverse effect this will have on small businesses, who are already battling labour shortages and a potential recession. He believes the government should press pause on this increase until inflation is under control.

The CPP has already seen an increase in 2022, and will continue to go up each year. The CFIB has penned a letter to Finance Minister Chrystia Freeland, demanding a freeze on the 2023 hike.

A petition for business owners is now live as well.