The study provides detailed results for 13 provinces and territories, and analyzes 55 downtown areas across Canada.

Key findings reveal a significant local variation in return to workplaces, and that remote work disproportionately occurred for workplaces in the country's largest cities.

While larger cities such as Toronto have seen decreased mobility, other smaller cities are experiencing the opposite trend.

Downtown hubs are shrinking in large cities like Toronto

"As a result of the pandemic, the traditional 'hubs' appear to be shrinking, while outlying 'spokes' are growing. This is consistent with migration away from downtowns of Canada's largest cities in favour of less densely-populated areas (often within a two-hour commute of the largest cities), which is being led by knowledge workers embracing remote work," the study says.

Other key drivers of mobility patterns reveal that the return of in-person work has been slower in places with more workers with a university degree, higher share of women and families with children, and higher share of people who take public transportation to get to work.

The study says that mobility to workplaces have fallen significantly in downtown Toronto, but have increased in surrounding areas such as Brantford, Barrie and Brampton. 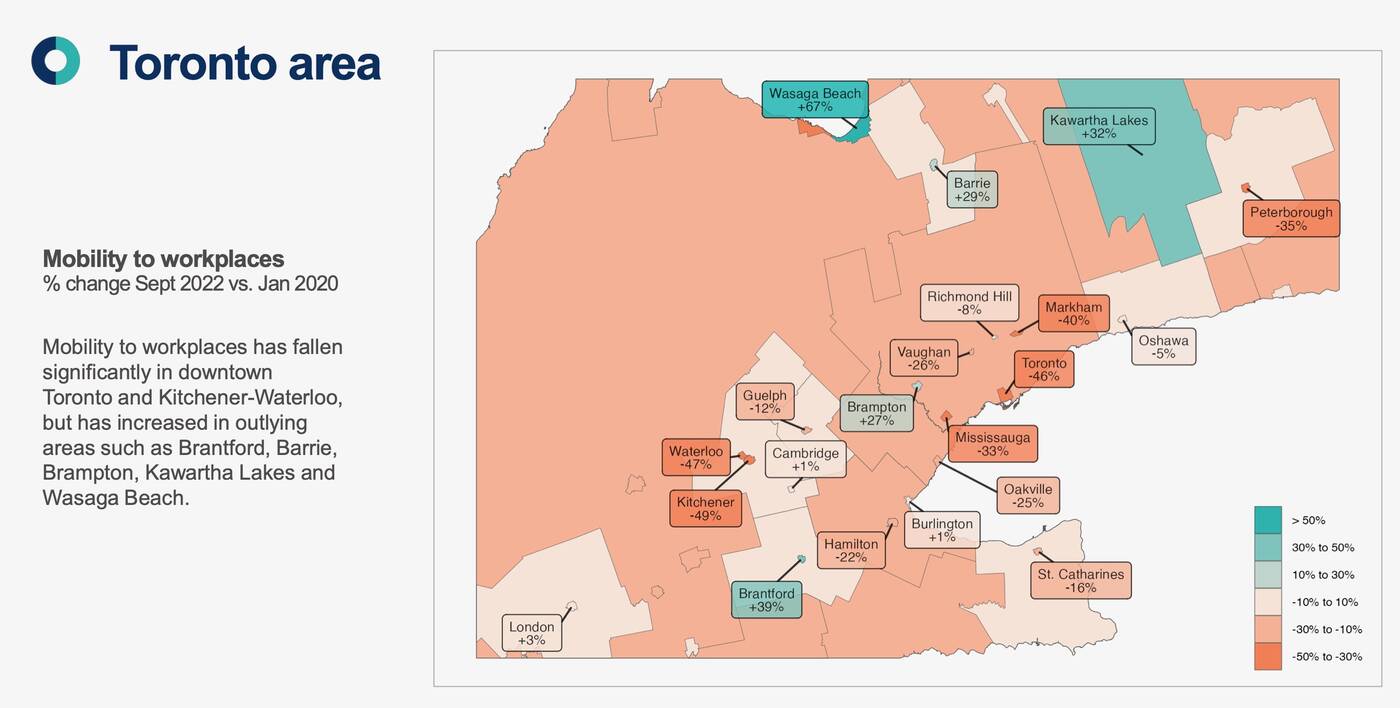 Mobility to workplaces per cent in the GTA. Source: Canadian Chamber of Commerce Business Data Lab.

Foot traffic in downtown Toronto has declined 46 per cent

On the other hand, worker foot traffic is up by 27 per cent in Brampton.

Ontario's mobility to workplace change is down by 13 per cent since January 2020, ranking it #12 out of 13 provinces and territories when it comes to positive change. 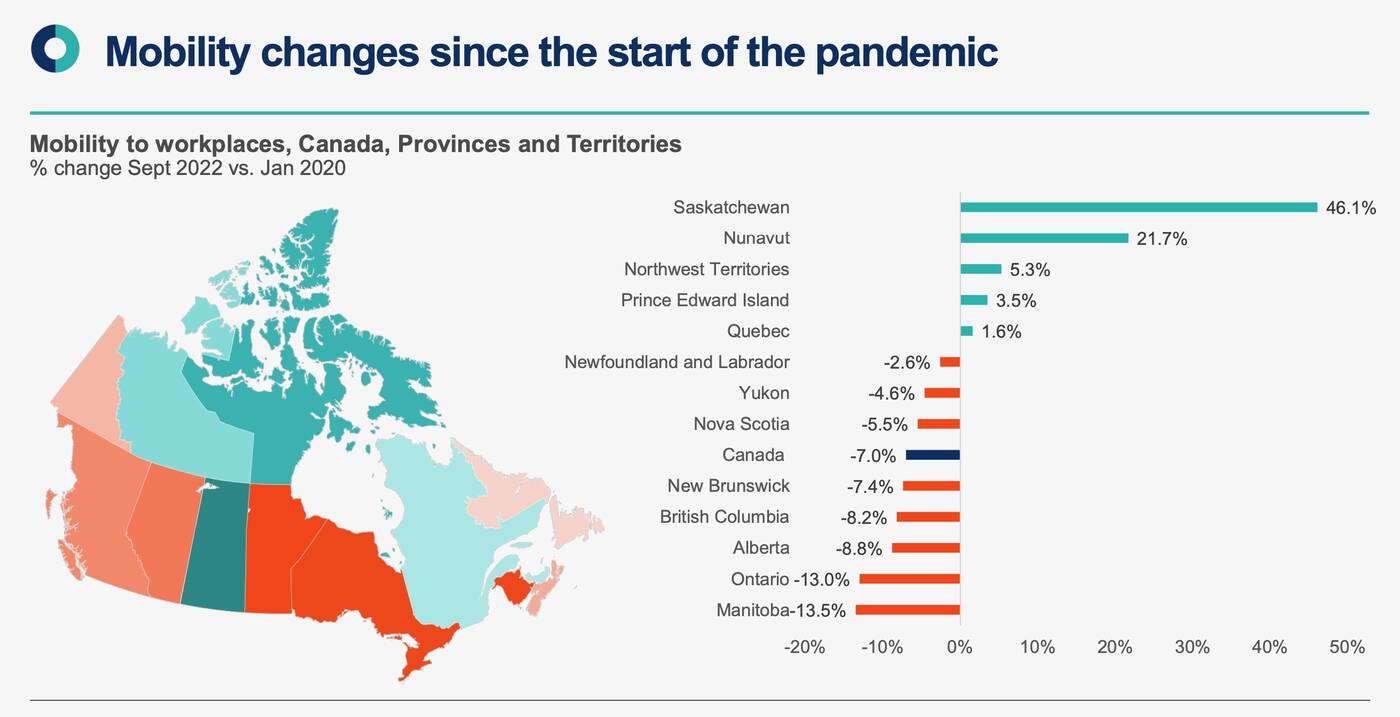 Toronto ranks #50 out of 55 downtown areas across Canada when it comes to mobility to workplace per cent change.

The study notes that "social distancing forced rapid experimentation with remote work, altering mobility patterns and prompting businesses and workers to fundamentally re-examine where, when and how they work."