It pains me to report that meteorologists are calling for flurries in Toronto — not "sometime next month" or "later this season" but within the range of this week's actual short-term forecast.

If Environment Canada is correct, the City of Toronto could see its first snowfall of the season as early as Saturday evening, when temperatures dip below the zero mark and reach - 1 C overnight.

The federal weather agency is calling for a 40 per cent chance of flurries on Sunday, both during the day and overnight, when temperatures are expected to hit - 4 C.

Needless to say, it'll be quite a plunge from the summerlike temperatures we experienced this past weekend, and a major disappointment for those of us who were hoping that winter might simply f*ck off this year for a change.

Alas, according to The Weather Network, our time in the sun is ending after one last burst of unseasonable warmth (following a comparatively chilly Tuesday and Wednesday.) 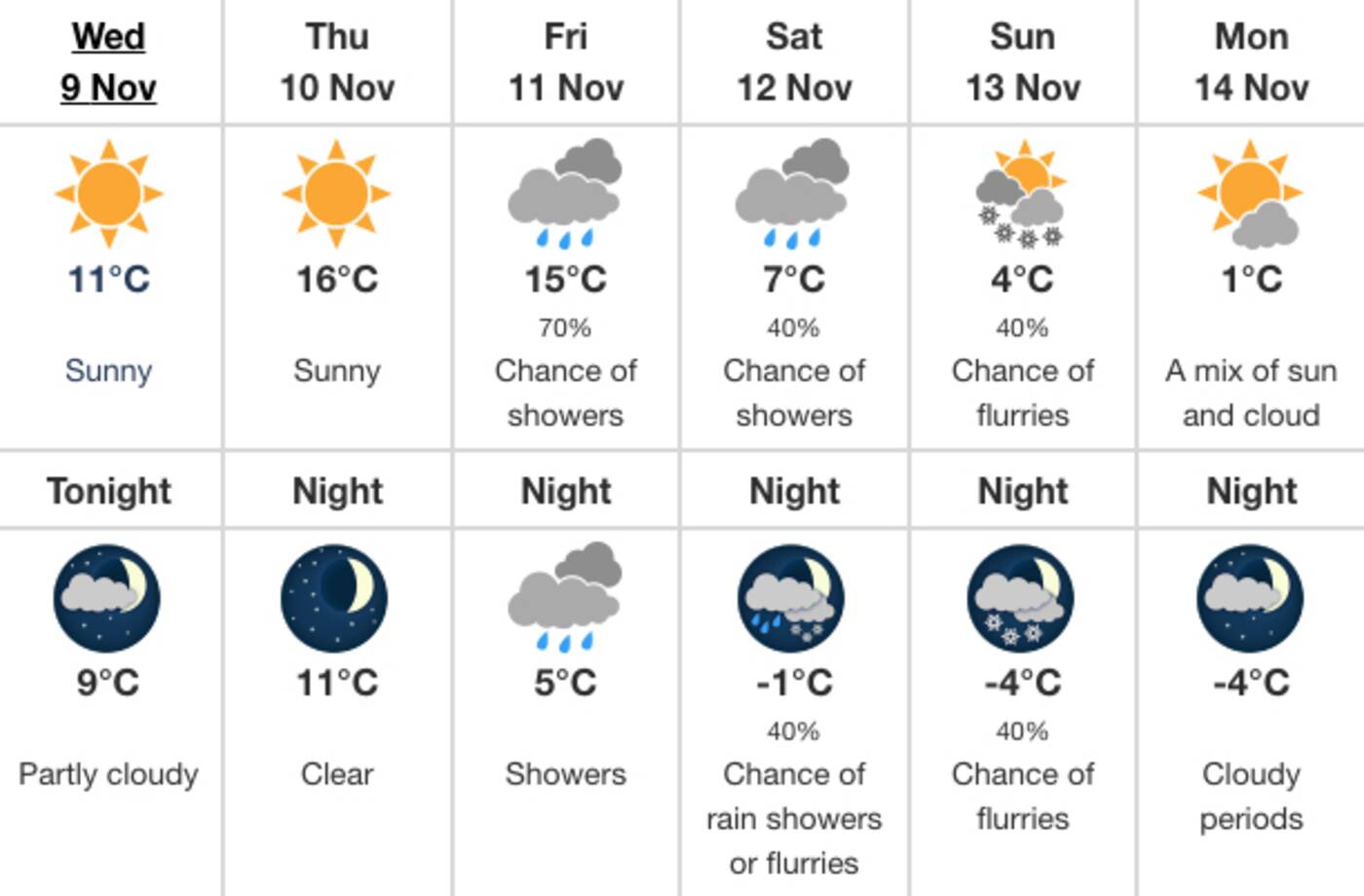 Flurries are fully in the forecast, for real this time. Image via Environment Canada.

"By Friday, daytime highs will soar well above seasonal once again, but will mark the end to the unusual blast of November warmth. You may want to use this as your milder opportunity to finish fall yard work or start your outdoor holiday displays," warns The Weather Network of the impending shift.

We can thank a tropical system in the Atlantic for the sudden dip, and, if meteorologists are correct, some heavy rain Friday night. Once the storm departs, much colder air will move into the region with "snow flurries and lake-effect snow squalls" in tow.

"Widespread colder than seasonal temperatures are set to dominate next week and beyond, with temperatures more typical of early December at times," reads the Weather Network's update from Wednesday morning.

"This should bring significant lake-effect snow to the traditional snowbelt areas east and southeast of the Great Lakes as it'll be a multi-day event."