A Toronto adult store has been forced to close its doors by city officials, and before you start jumping to any prudish conclusions, it had nothing to do with the happenings inside of the Love Shop location at 439 Queen Street West.

The structure was closed by Toronto Building inspectors in October, the city citing "severe structural cracking on both the inside and outside" of the building's north face over Queen Street.

The Order to Remedy Unsafe Building, issued Oct. 7, states that "cracks are resulting in the front exterior wall to detach from the rest of the building."

Despite the obvious low-hanging fruit in the jokes department, I'm going to keep it PG and just leave it at "Yea, that's probably not good." 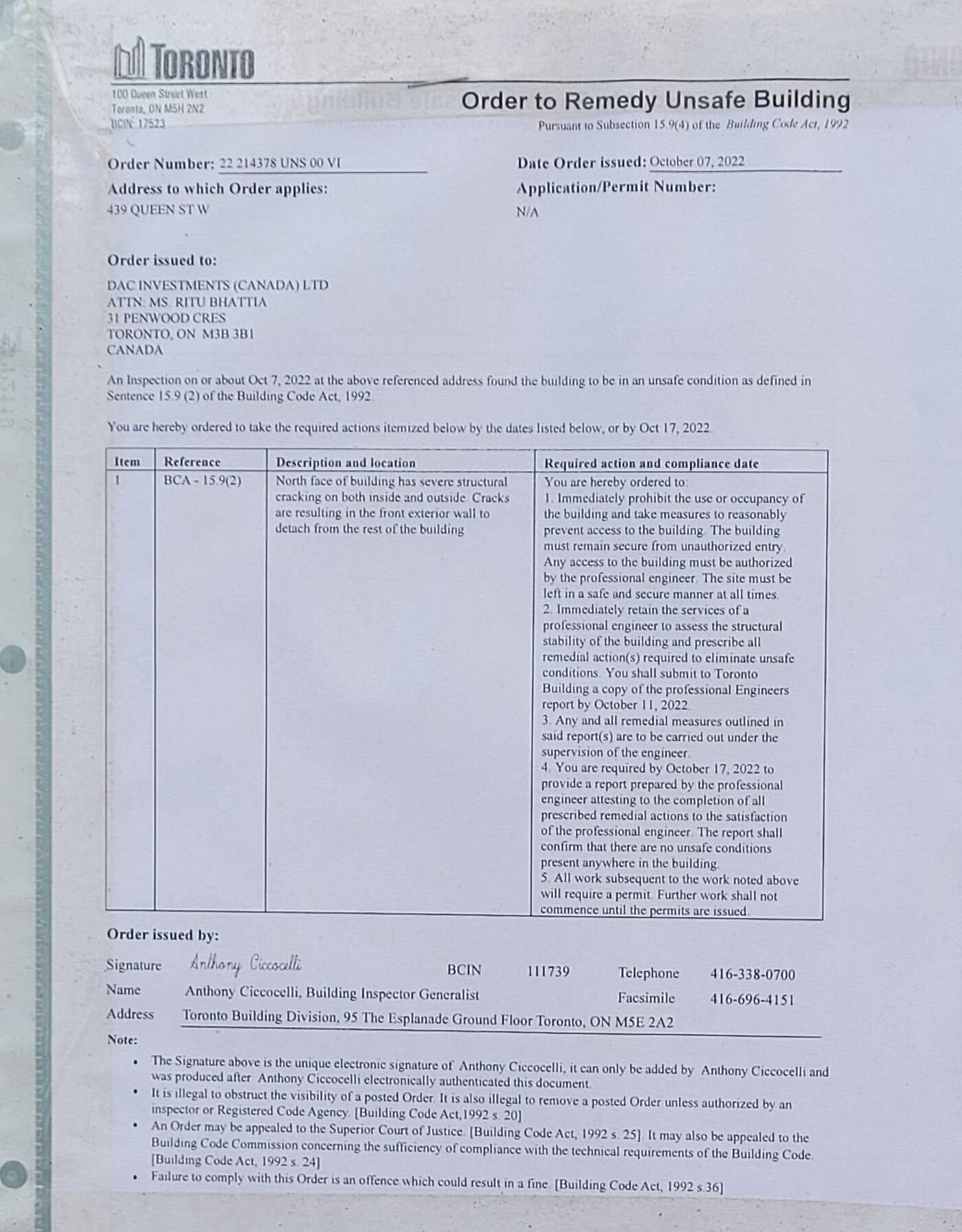 The current building dates back to the early 1860s, and is protected both as a heritage-designated building and within the Queen Street West Heritage Conservation District.

Constructed in the Georgian Revival style, the two-and-a-half-storey building has been home to the now-shuttered adult and novelty shop since 2019. 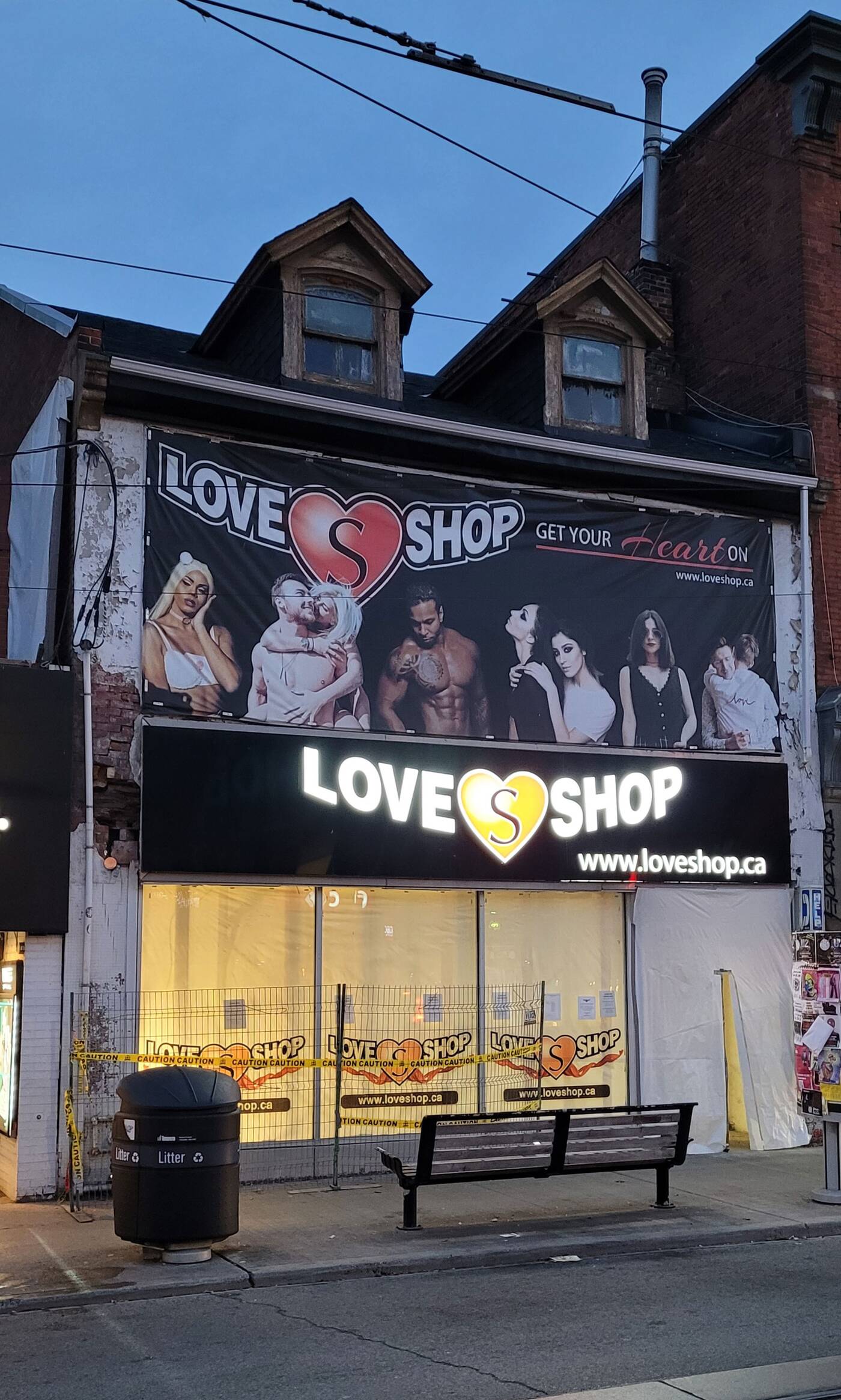 blogTO reader Adam Wynne shared photos of the building's current state, saying that "it is disheartening to see heritage-designated buildings — particularly those within a Heritage Conservation District — allowed to fall into such disrepair." 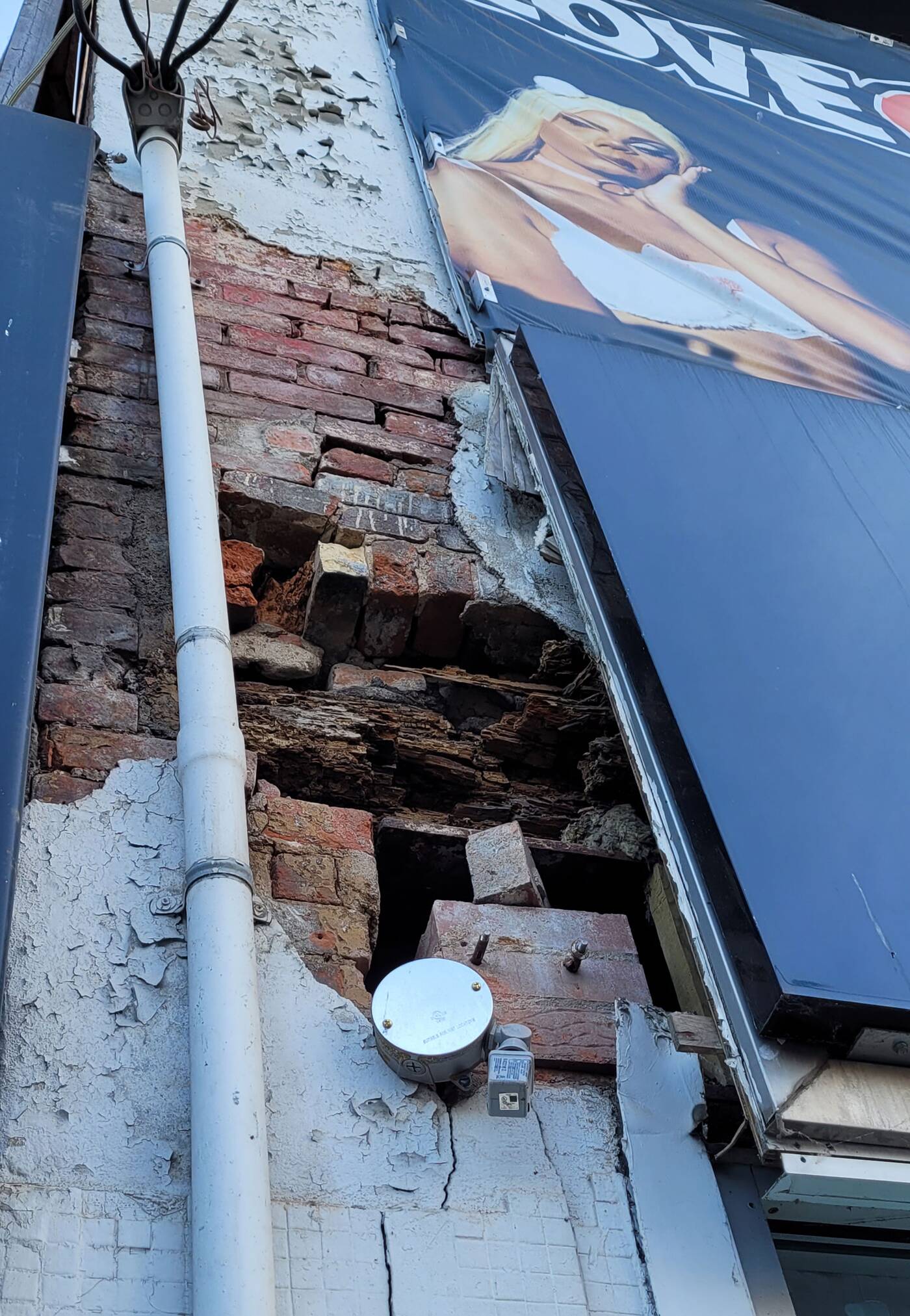 The property in question is owned by DAC Investments (Canada) Ltd., which is now under order by the City to amend the unstable heritage building.

According to a City of Toronto representative, "the property owner has submitted a building permit to Toronto Building in order to conduct the necessary work to remedy the unsafe condition," adding that the department "is consulting with Heritage Planning staff in the review of the permit application."

Despite multiple attempts by blogTO to get in contact with the company or persons responsible for the building, phone numbers seem to have been disconnected, and email trails have gone cold.

DAC reportedly owns another heritage property at 235 Spadina Ave., home to Dainties Macaron and the now-defunct Big Trouble Pizza, an old building adding to the neighbourhood's character that Wynne suggests is also not kept in the best condition.

Though the Love Shop's windows are now papered up, the store's signage still glows brightly after dark like some sort of sexy mirage for adult products that can longer be purchased from this crumbling building.