Today in sweet and tender tales of romantic love, a local boyfriend-turned-fiancee recently took advantage of the bright lights in Toronto's version of Times Square to ask his partner for her hand in marriage — and the swoon-worthy proposal was all captured on camera.

Mani Farhoomand, 41, and Ainur Pazyl, 30, had already been talking about marriage after a blissful six months of living together, but Pazyl was still surprised when her beau popped the question on Tuesday. 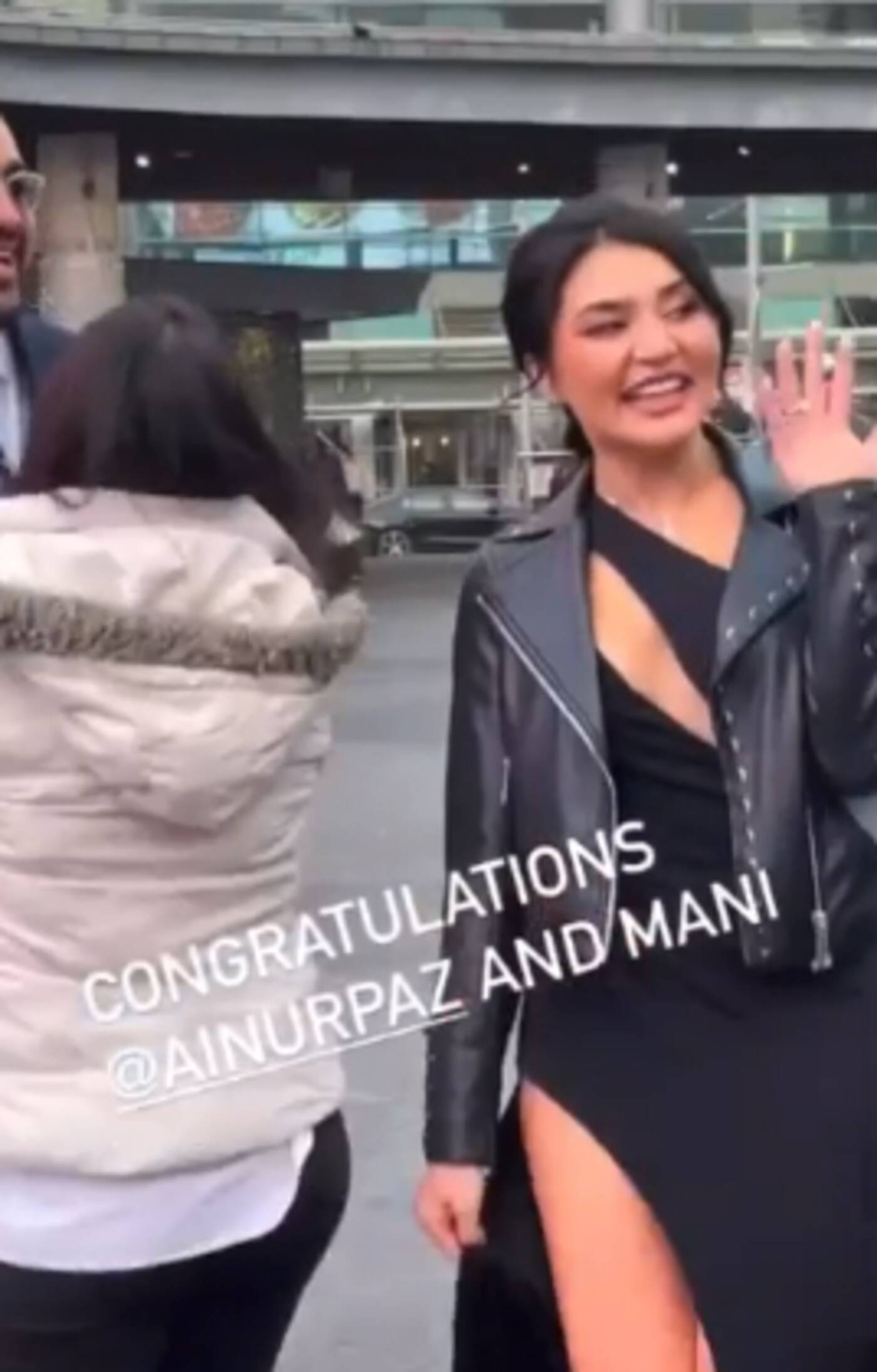 "She thought we were going to a party, and I think she was pleasantly surprised and very delighted to find out that the party was for her," Farhoomand tells blogTO.

"Ainur knew for some time that I was going to propose to her soon, but she didn't know when and how."

Neither did Farhoomand when he started the planning process — he just knew that he wanted a memorable proposal, something "more about passion, love and creativity than a big budget."

Being that the couple had their first date at Yonge-Dundas Square and that they frequent the area for movie nights, Farhoomand, who works in advertising, was inspired to inquire about renting out digital billboards there as part of his grand gesture.

The resultant proposal included not photos of the happy couple blasted in bright lights for all to see, but a private violinist and the full-on paparazzi treatment.

"It was a difficult process to pull it off with the surprise element intact," he told blogTO, noting that the billboard rental wasn't excessively expensive due to the fact that it was only a few boards in the busy square, not all of them.

He also revealed that the date of the proposal had special significance, as it's the anniversary of when he first met Pazyl, a data analyst.

Instagram Stories dispatches from the couple and their friends show that the night carried on after the proposal (which was obviously successful) with a limo ride, a swanky party, champagne and an engagement cake fancier than what you'll see at most urban weddings lately. 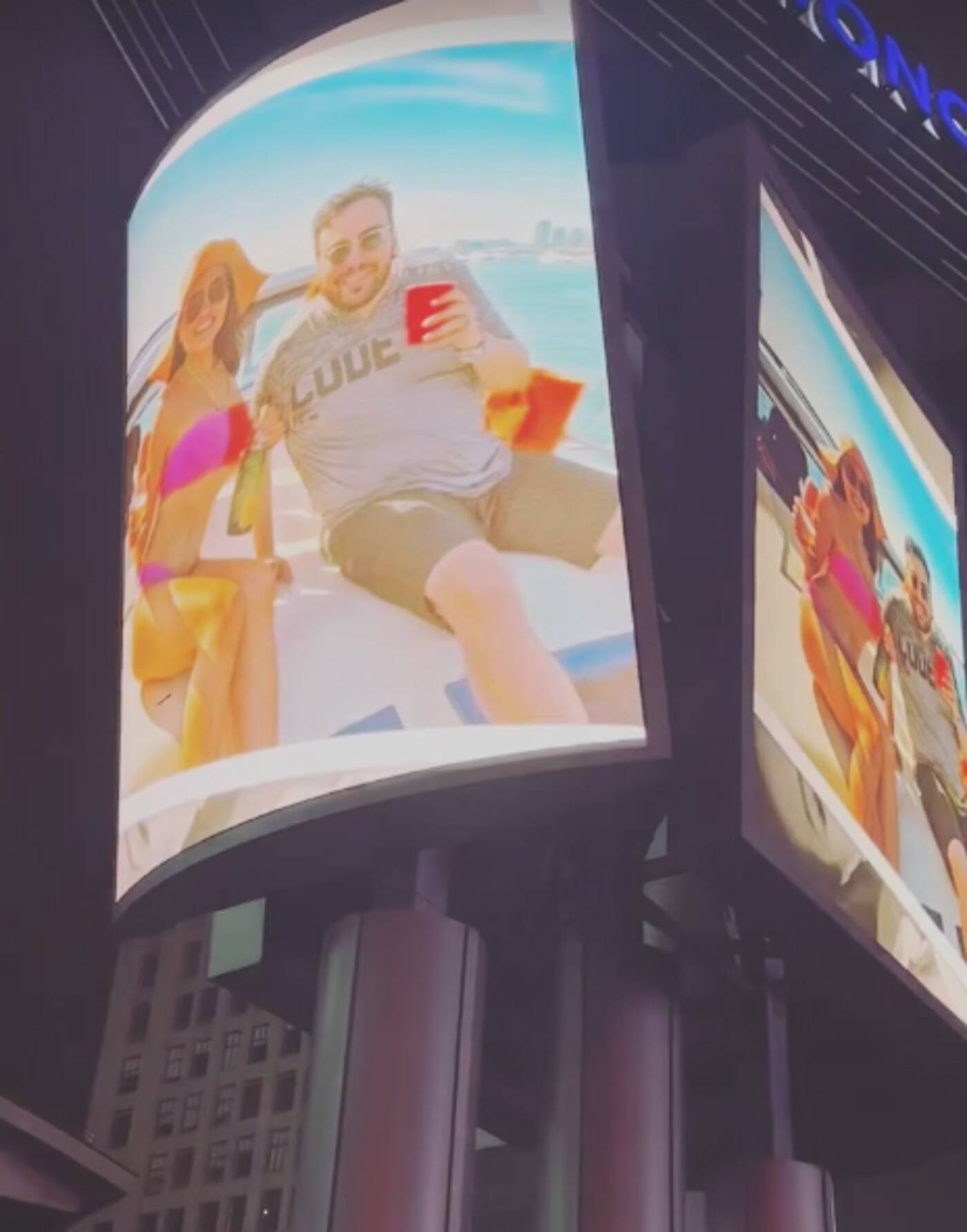 In addition to a custom sign reading 'will you marry me?', images of the couple together played high above downtown Toronto in bright lights for everyone to enjoy. Image via @rivandi on Instagram.

"I want all the guys out there to know that persistence pays off," said Farhoomand when asked what advice he'd give to others in his situation.

"Don't let your ego get in the way of showing the girl you want how much you want her, value her and love her."

It's not hard to see why she said yes.