Toronto business area exhausted with vandalism and residents are upset

Meander down Front Street in the St. Lawrence Market area and you'll see a number of businesses with smashed windows.

This isn't anything new for local residents or business-owners, with the latest smashing blitz impacting over 10 storefronts on Halloween night alone.

It's an ongoing problem with little end in sight. On some occasions, businesses allege that culprits not only smash windows, but also break in and take anything they can grab. 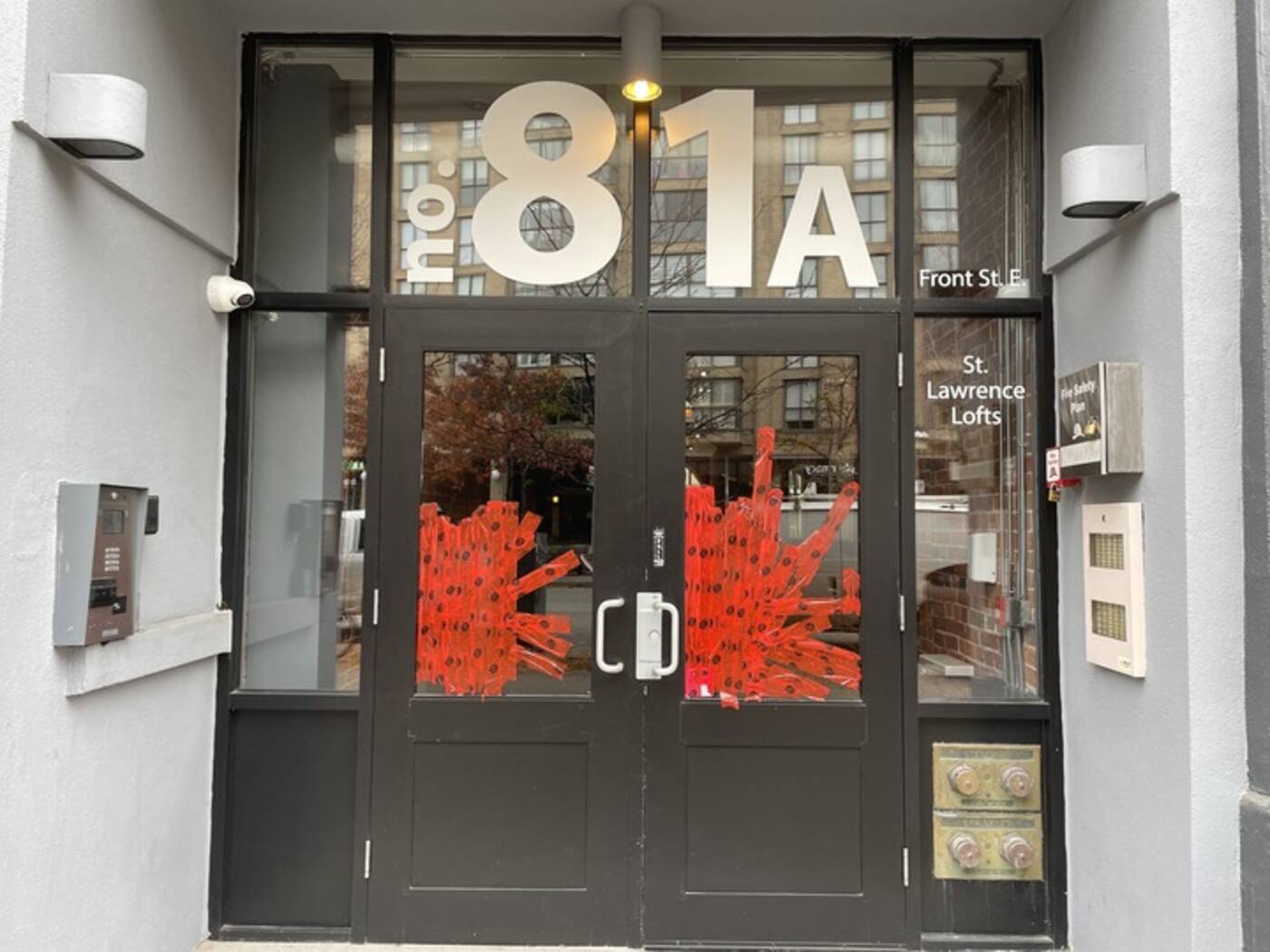 Smashed windows at the entrance of a loft building in Toronto's St. Lawrence Market area.

Vandalism waves impacted the area before this summer, but appeared to have stopped until picking up again this week. Who's behind the damage and why is a controversial topic.

It's no doubt the community is upset and wants it to stop, but what is the solution? Police have been contacted on multiple occasions and video footage has been shared, but is the answer more surveillance?

One thing for sure is that some business owners are not surprised when their windows are smashed and are expecting it to happen again.

One employee at the INS Market on Front Street between Church and Jarvis said their windows have been smashed many, many times.

They've had to install a specialty metal bar across the top of the front door to stop people from entering when the door is locked, but that hasn't stopped the broken windows.

The market employees have been in contact with police and say they provided all relevant information, but today, their smashed window is being held together with tape. 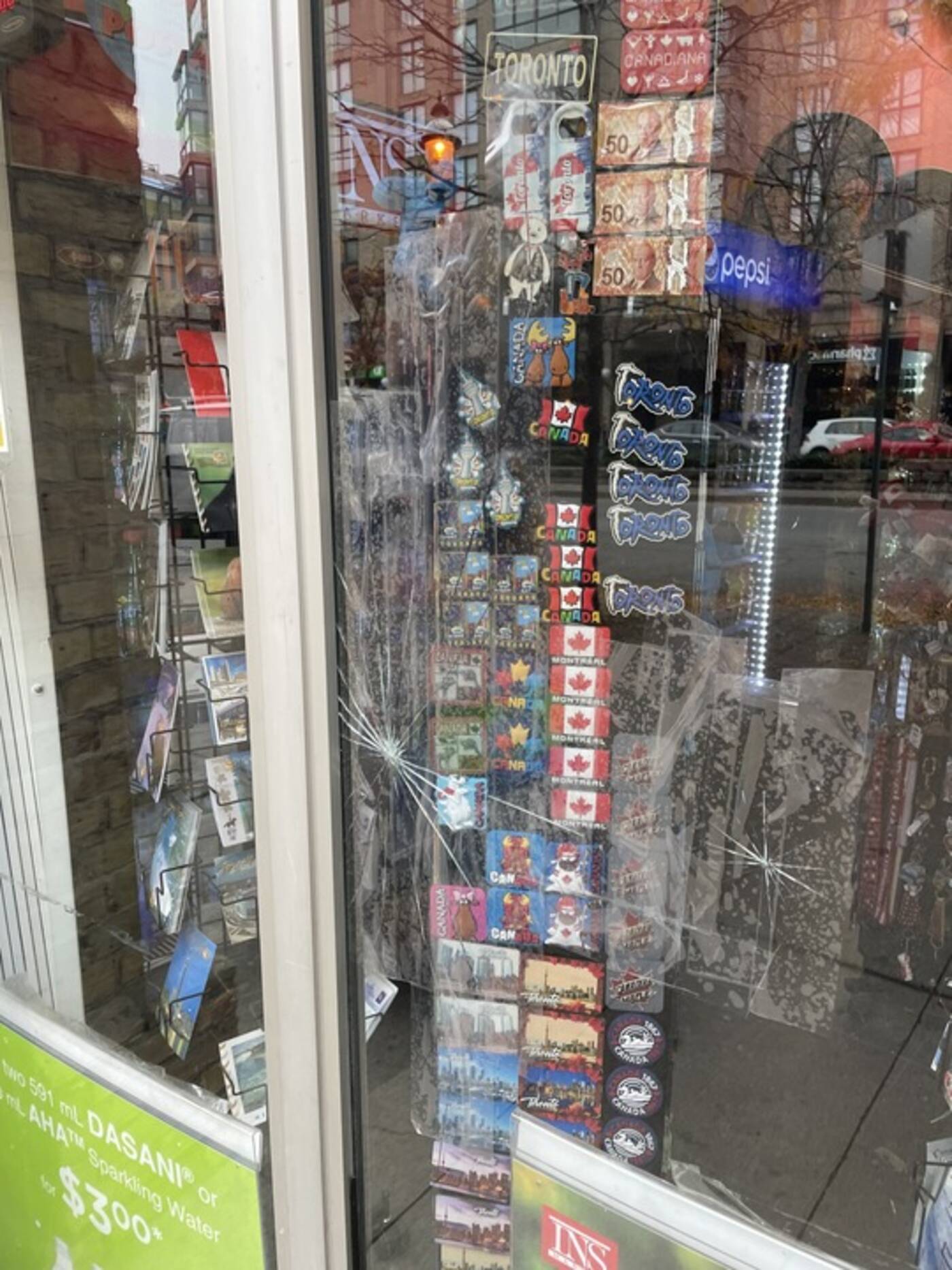 Right beside INS is the newly-opened Au Pain Dore bakery. It's been just 10 days since their official opening and they already have four cracked windows.

A little further down from the INS Market and bakery is Fuzen Japanese Fusion Cuisine, the owners of which have resorted to posting a heart-wrenching sign on their door. 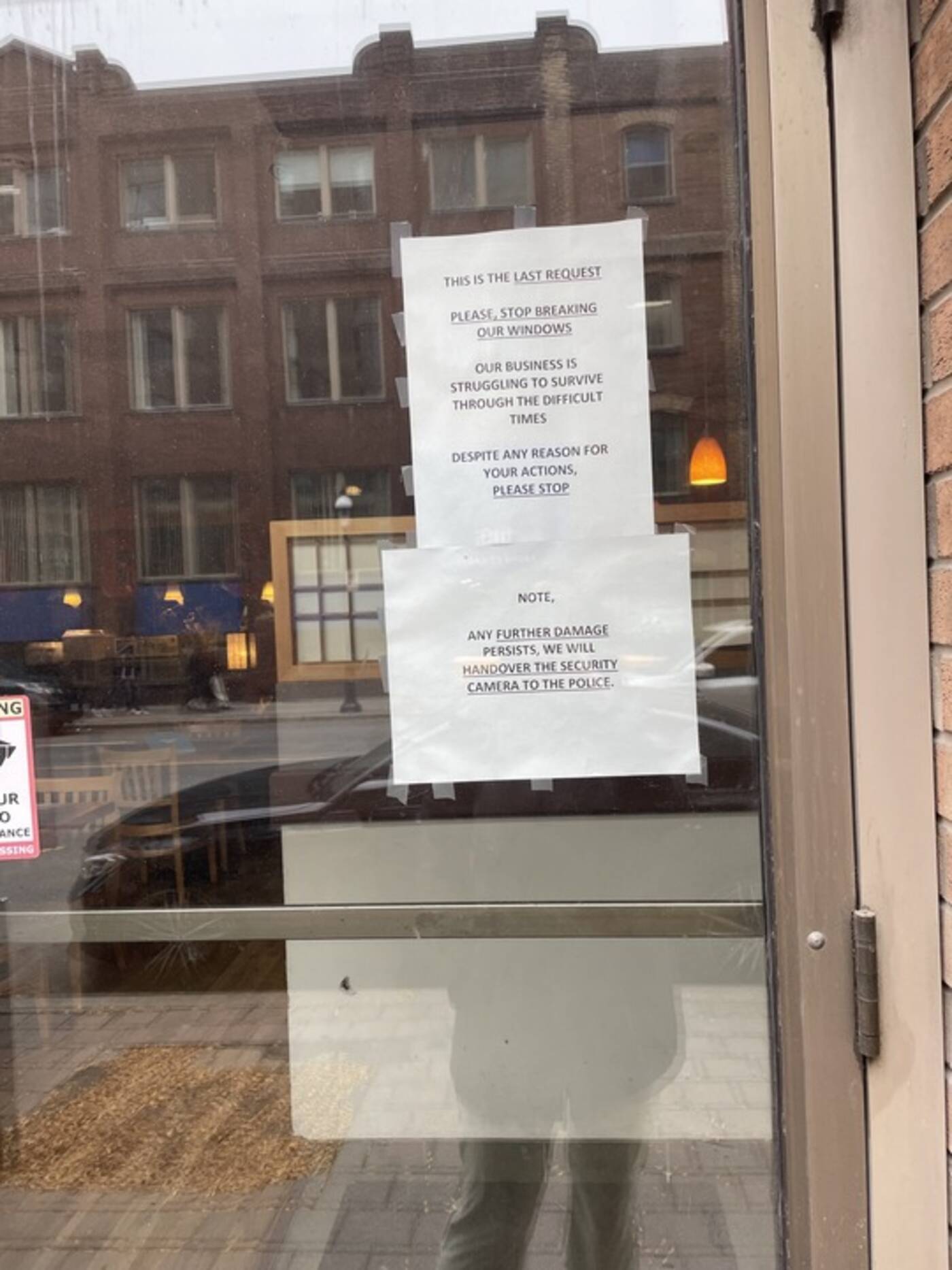 Sign outside Fuzen, a business which has been targeted many times by vandals in downtown Toronto.

"This is the last request. Please, stop breaking our windows. Our business is struggling to survive through the difficult times. Despite any reason for your actions, please stop," the sign reads.

A video camera is pointed directly at the front window.

Speaking with the chef there, he said damage to the window is extremely costly, upwards of thousands of dollars.

He's observed that, recently, it appears only small businesses are being targeted — not the Tim Hortons, LCBO or other major-chains in the immediate area.

It's not just storefronts either; condo entrances are also damaged and covered up with red tape. 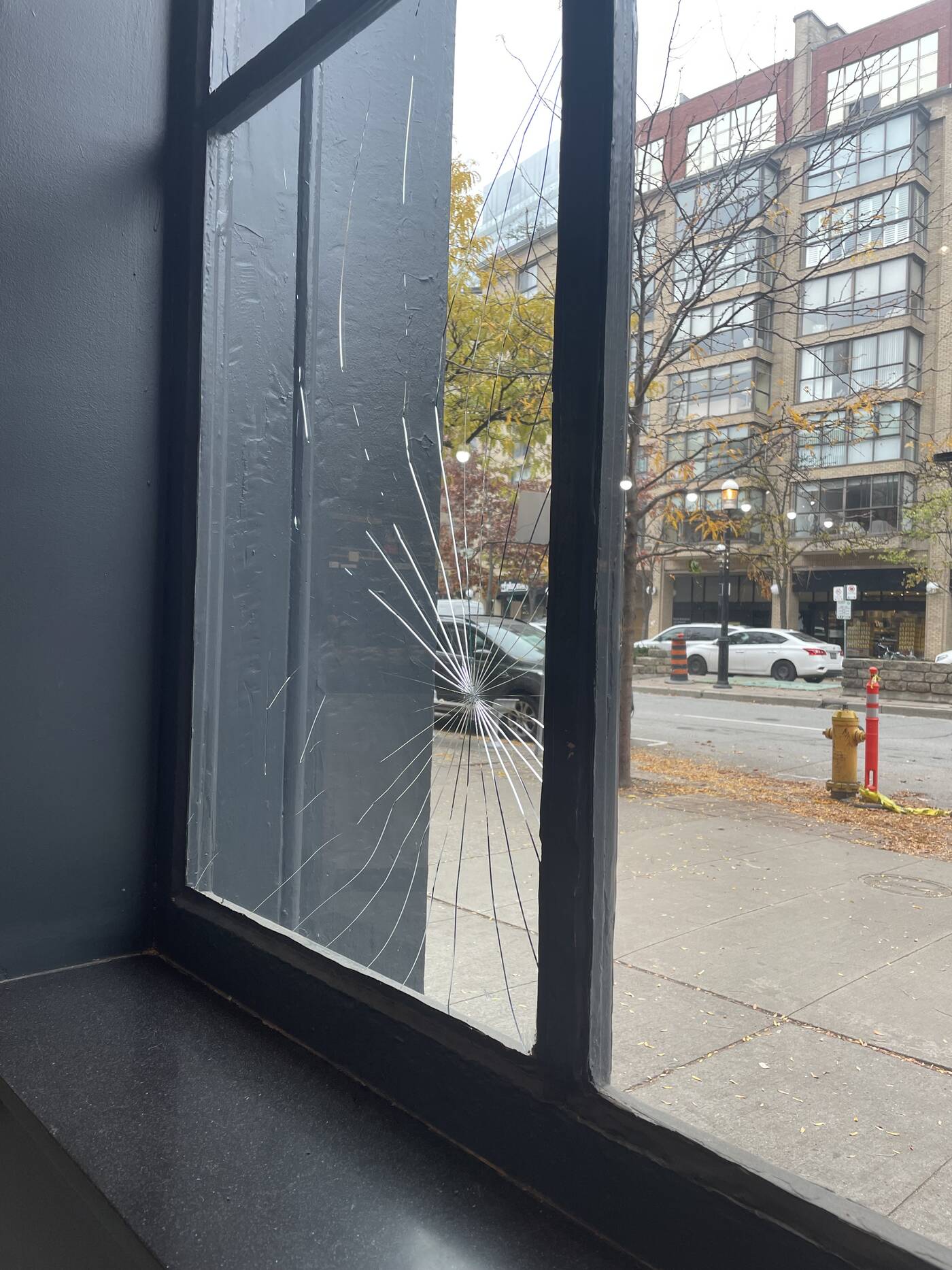 A smashed window at the new Au Pain Dore at 81 Front St. E in downtown Toronto.

Back in May, Toronto Police arrested and charged a man who'd allegedly tried to smash the window of a business in the Sherbourne and Front area.

Videos shared with me by residents show that the local Pet Valu, Moegi Sushi, laundromats, dry cleaners and convenience store were also damaged back in August.

Toronto Police declined to comment on the situation, but residents tell me the force is aware.

The last two years have been extremely hard for all business-owners, and residents have vowed to help out those in the St. Lawrence Market area by spending their dollars in the local economy, hopefully pushing them forward while vandalism continues, seemingly unchecked.