Anyone who's ever contended with the powerful fury of a Great Lake during a wind storm would advise all but the bravest of people to stay the heck away from the shores of Lakes Erie, Ontario, Huron, Superior or Michigan during inclement weather.

No, Vancouver, they're not as big as your precious Pacific Ocean, but the Great Lakes are the largest group of freshwater lakes on Earth — influential enough to drop 125 cm of snow one city and 3 cm on another just 100 km away and mighty enough to cause destructive thunderstorms and tornadoes each summer.

I don't need to write an essay about how underappreciated the Great Lakes are, because that would be boring and no one would read it, but I can highlight the work of a local photographer who has proven in spades that these marine assets — Lake Erie, in particular — are a mighty force not to be reckoned with. 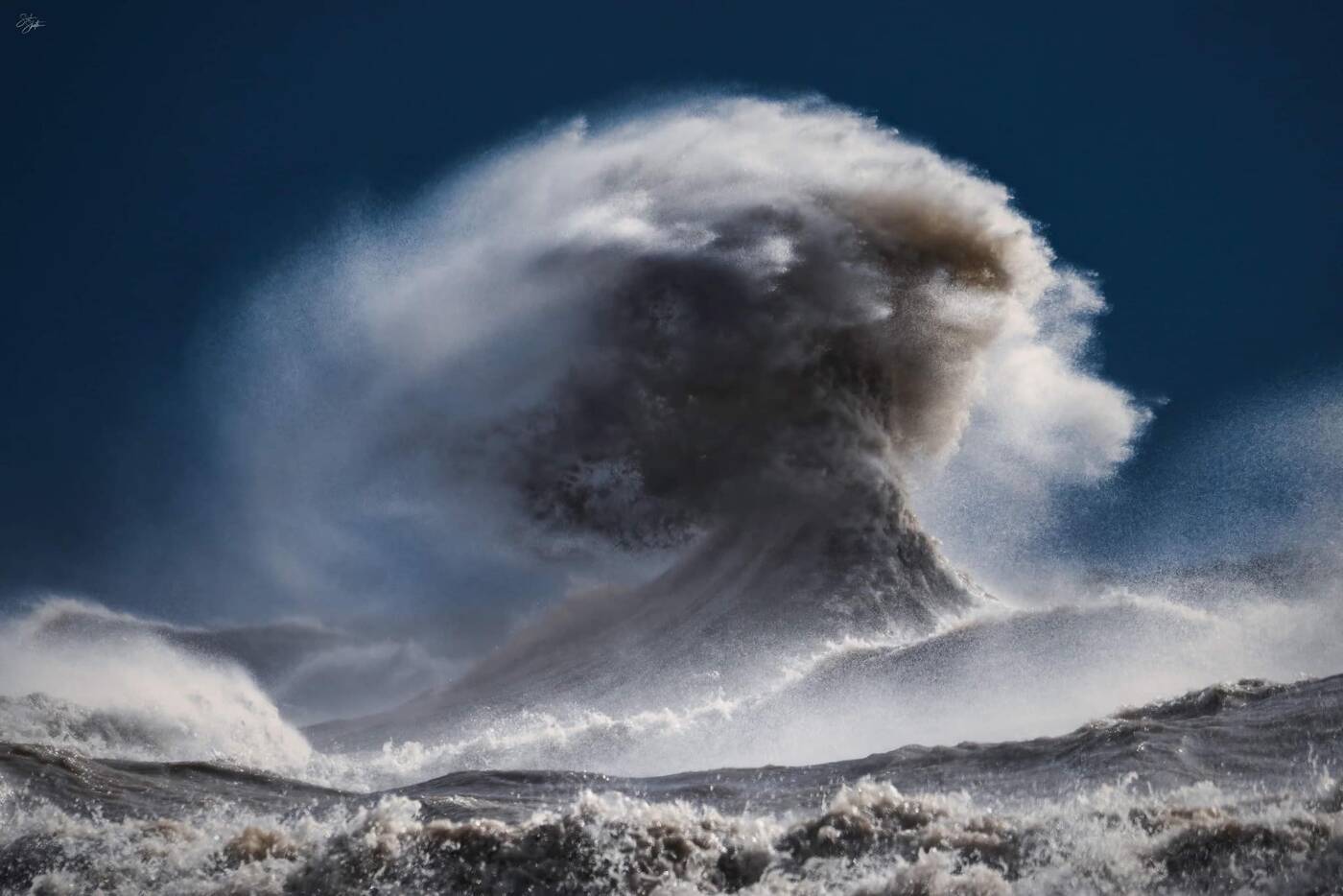 Cody Evans of Ingersoll, Ontario, set out to see what he could capture of Lake Erie's massive waves during the region's latest winter storm this past weekend.

Shooting from the chilly shores of Port Stanley on Friday and Saturday with his Nikon Z9, he wound up with some gallery-worthy shots of "Lady Erie," as he called the fourth-largest and southernmost of the Great Lakes. 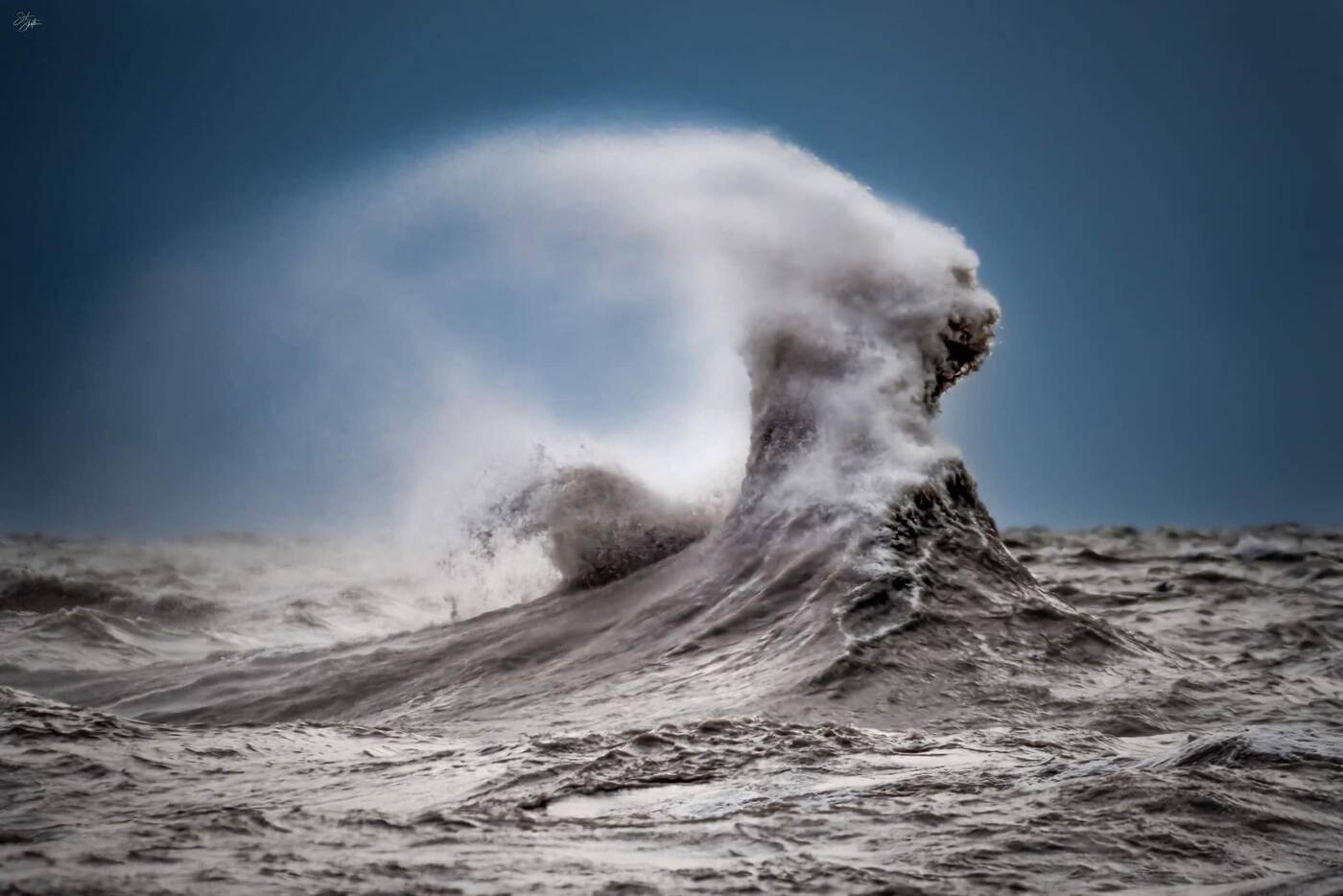 "I've been taking photos since January 2020," Evans told blogTO on Thursday. "I was inspired to photograph waves after seeing some of Dave Sandford and Trevor Pottleberg's work.

"Every time there are high winds, I try to make it to the lake!"Evans says he's been trying for more than three years to get those coveted explosive lake photos, but hadn't captured anything he was satisfied with until last Friday. Nov. 18. 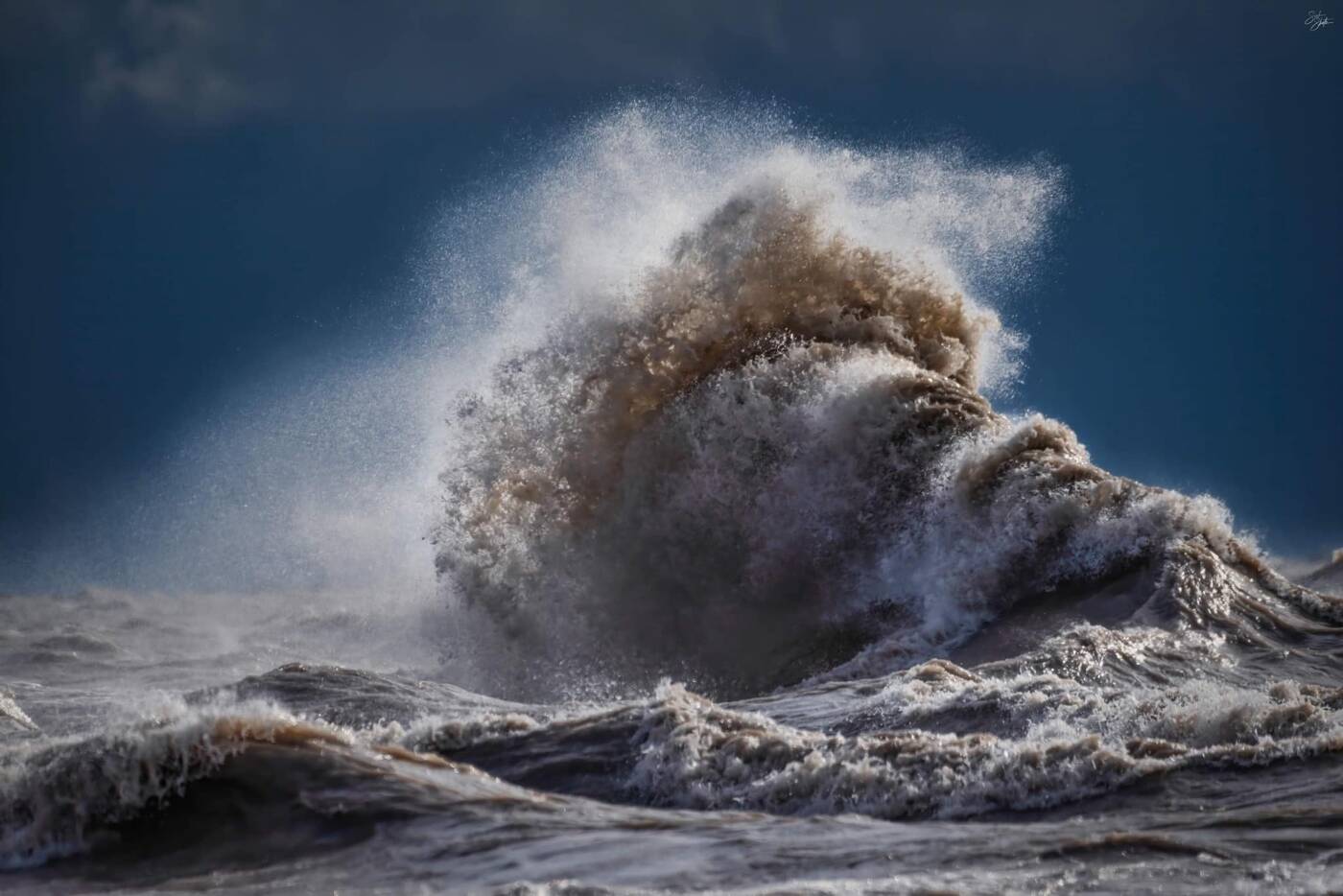 By the time Saturday rolled around, winds were raging even harder, enabling the 40-year-old photographer to snap some of the coolest photos many people will ever see of the great Lake Erie.

"15+ foot lake monsters," he wrote on Facebook when sharing some of the 10,000 photos he took over two days. "Erie is an absolute beast for big *ss waves." 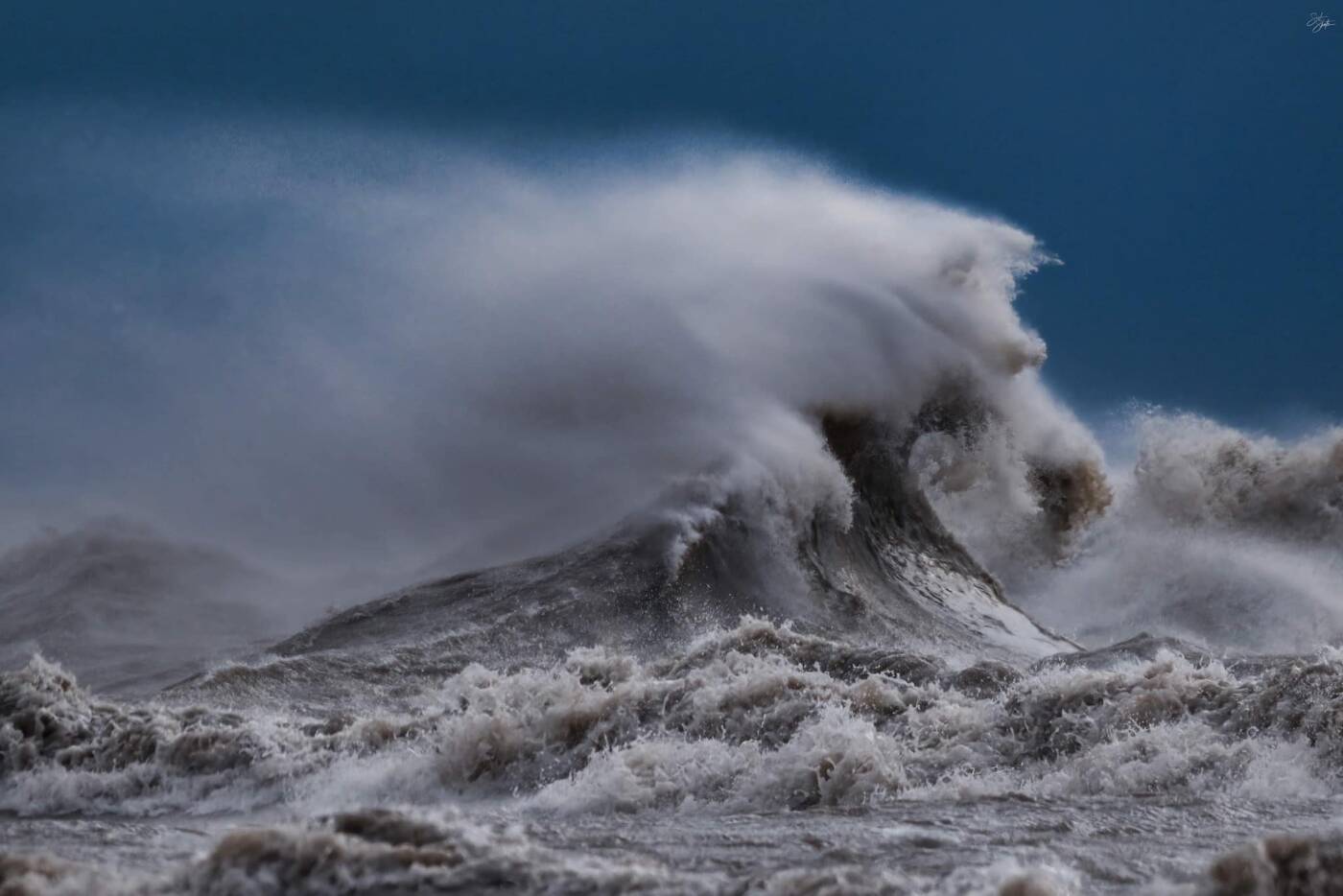 And speaking of beasts, many people are actually seeing different animals and figures in the wave formations — a snowy owl, a wolf (above), Falkor the luckdragon from The Neverending Story (below.) 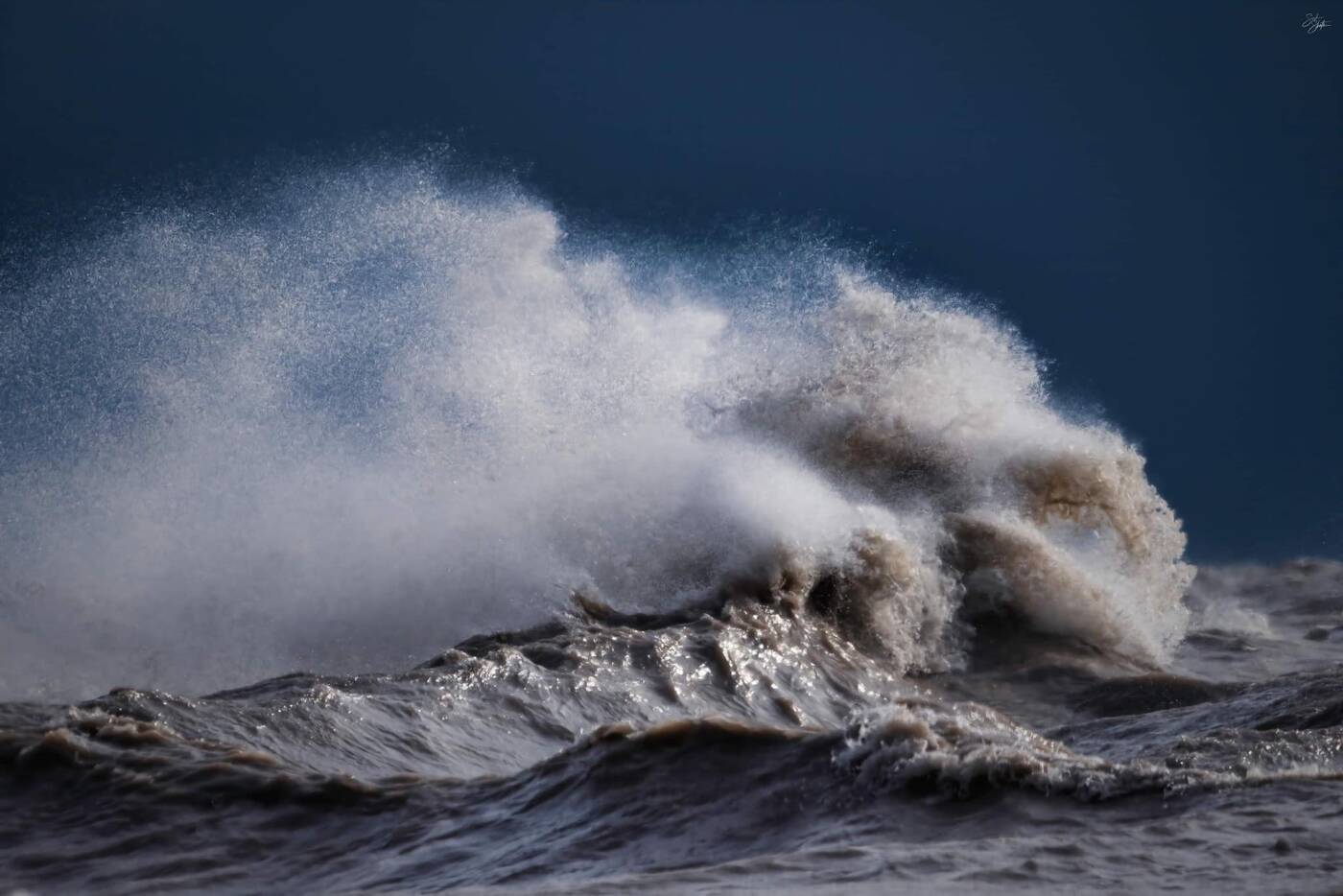 One of the photos that have resonated the most among the Ontario photographer's audience, however, is one in which there appears to be a face of some sort coming out of the lake.

"Poseidon's Wrath," wrote Evans when sharing that photo on Facebook, crediting his brother Justin Horton for the perfect caption. 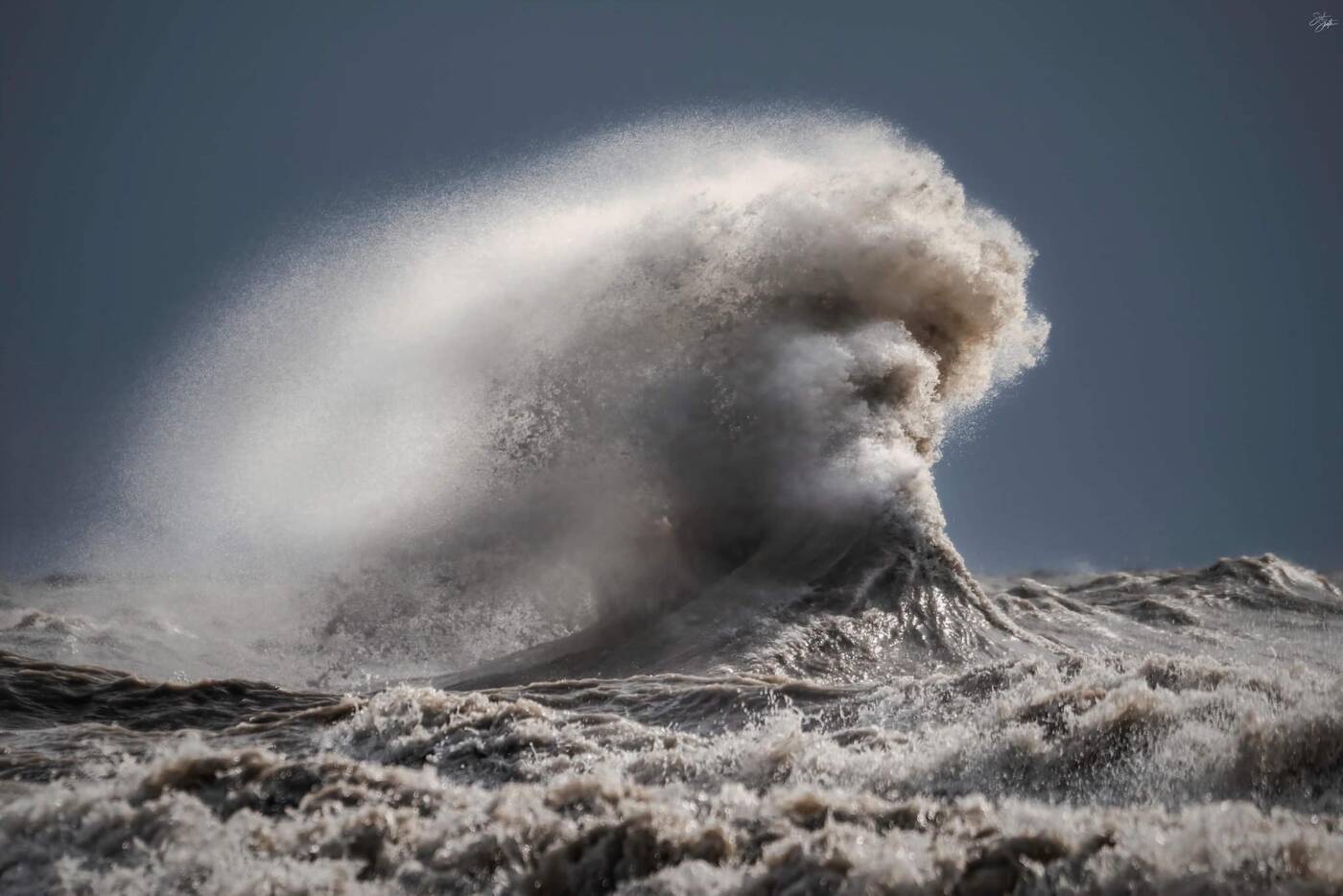 Lest you think that these photos are too spectacular, Evans assures blogTO that they're not altered beyond any basic colour and shadow correction.

"Ay photos are edited adjustment wise, like shadows and highlights with a little bit of colour saturation, but are not altered in any way," he said when asked about people who didn't believe his images were real. "No photoshopping at all. All my editing was done in Lightroom using adjustment sliders!"

That's right folks, these aren't works of digital illustration, they're works of Mother Nature, captured by a tenacious and talented photographer using a 200-500 Nikon lens.