The Toronto Transit Commission (TTC) has just released a very large document outlining their request for new subway cars, and the details are pretty exciting.

Over 1,000 pages long, the proposal wants to see 480 cars replace the current fleet on the Bloor-Danforth line, as well as potentially use the new cars on future line extensions.

The biggest thing here is the design of the new cars, which will bring some red colouring to the silver trains.

This is part of the TTC's desired styling considerations, which state the cars should give the impression of a reliable, efficient and modern train that is "aesthetically pleasing" and will also be familiar with past models. 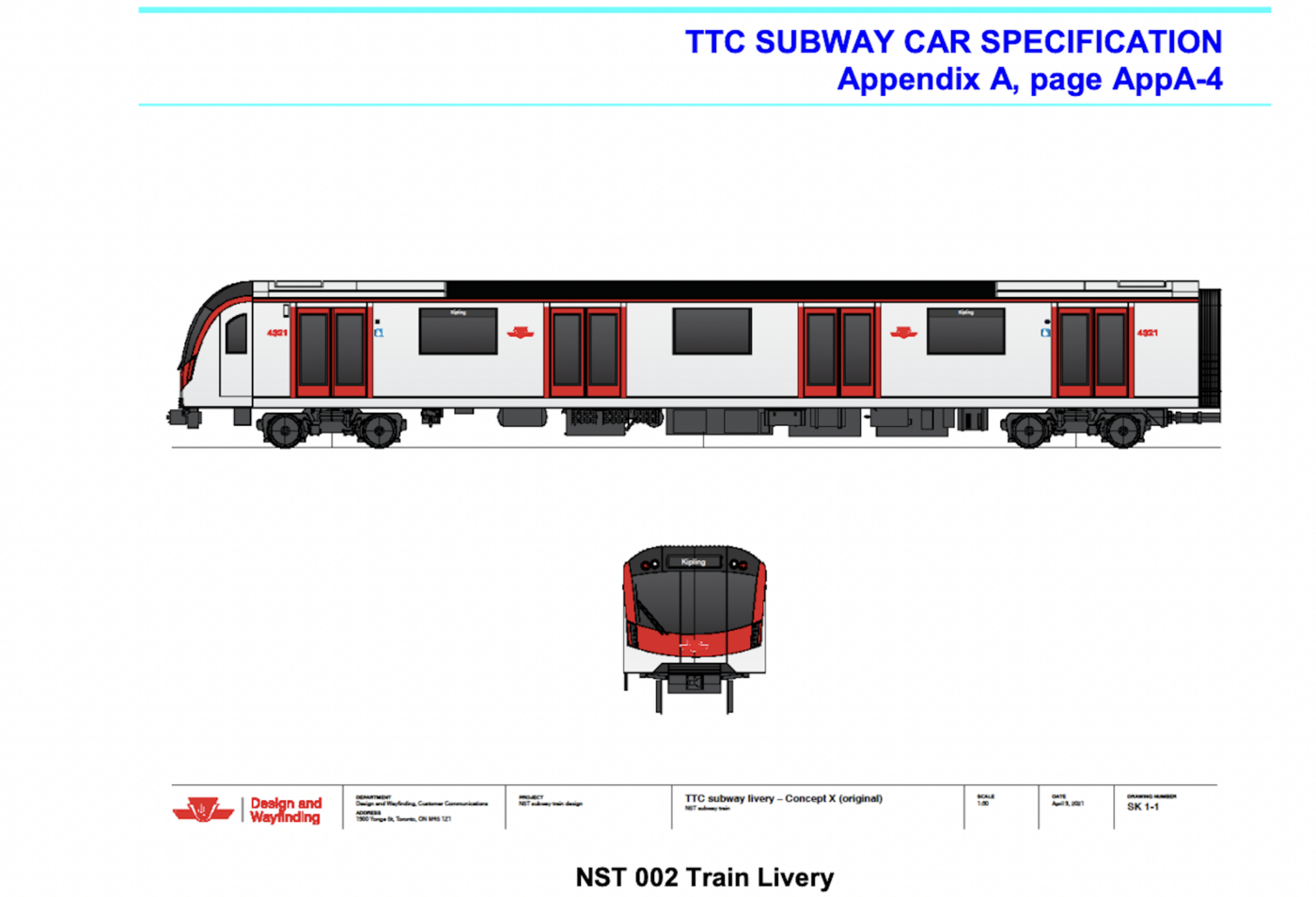 Renderings of the design show the cars to be extremely similar to those already running on Line 1.

The document states that the TTC "has secured" $624 million to date from the municipal government and is looking for additional funding from both provincial and federal governments to cover the cost of the project.

A chart of expected delivery dates for the trains shows that the first two (or 12 cars) are expected to be ready by 2027, with the biggest deliveries of 24 trains set for both 2030 and 2031.

All trains are looking to be delivered in completion by 2033, a mere 11 years away. 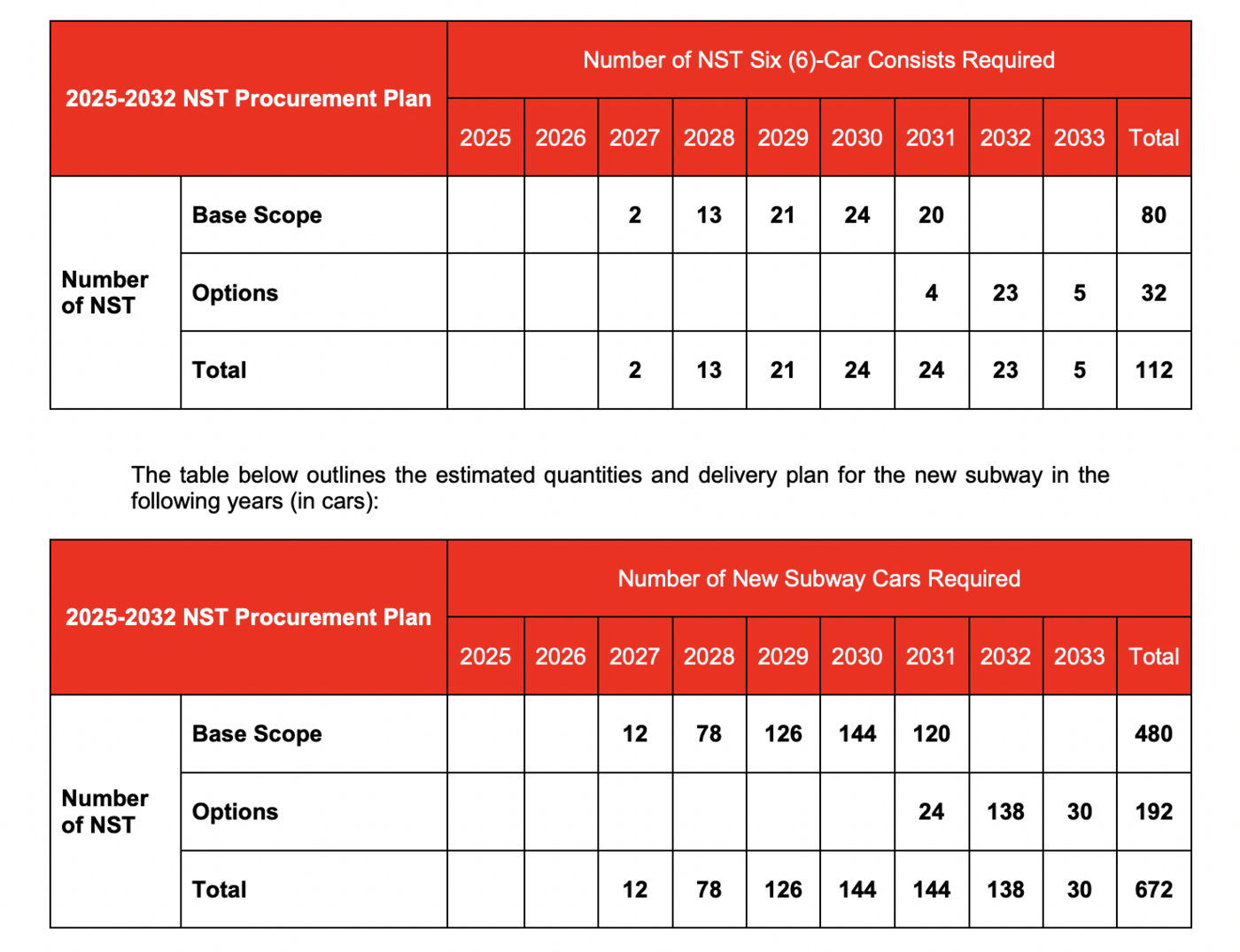 Schedule of car and train delivery, the first chart shows the estimation delivery of subway trains.

The TTC wants each car cab to hold at least 60 seats, with at least 10 designated as priority seating.

The bulkhead area of each cab's back wall should have one two-place perch seating while the middle of the car should have six-numbers of nine-place seating.

Two "multi-purpose areas" in each car will have three flip-up seats, similar to those on Line 1 Yonge-University.

As pointed out by local transit expert Steve Munro, who painstakingly went through the entire document, it appears the TTC is also looking into securing some floor heating and artificial leather seats on the new cars.

Of course, this is still a lengthy process and these are just the very first details, which can be changed and or even removed as the TTC goes through the process of selecting suppliers.

But as it stands today, it looks like the new cars could be shuttling commuters in as little as five years.