Today in situations that I hope someone learned a valuable lesson from, an Asian man was recently asked by multiple staff members to leave a Shoppers Drug Mart location in Toronto because they mistook him for a different man who had previously been banned from the store — a man he looked nothing like, aside from their perceived ethnicities.

"Getting accused of being a thief at Shoppers," reads a text overlay atop video footage of Canadian creator Lewis Chia inside the Shoppers Drug Mart at Yonge and Charles.

"Yeah, he's banned," someone else can be heard saying in the background, prompting Chia to respond in disbelief with a "Sorry?"

The video, uploaded earlier this week to both Instagram and TikTok, shows Chia's face filmed from below during what sounds like a tense interaction with multiple Toronto drug store employees.

It has been viewed more than six million times on TikTok alone, garnering nearly 9,000 comments in just five days, which kind of tells you everything you need to know about the content — it's pretty condemnatory toward at least a few staffers at Canada's largest retail pharmacy chain.

For much of the just over two-minute-long video, we don't see a whole lot on screen aside from the store's ceiling and some of Chia's reactions. It's what can be heard and what is transcribed in captions that is irking people all over the world.

Near the top of the video, Chia and a friend can be heard asking the people telling him to leave if they can see a picture.

It is later revealed that the picture was of a troublesome customer who had been banned from the store for stealing thousands of dollars worth of goods.

A security guard mistook Chia for this other man, telling him that he needed to leave, and that it wasn't the first time they'd told him he was banned.

Confused, Chia tells the guards and employees that he was at the exact same store yesterday and that nobody approached him then. The guard grills him about being at the store one day earlier, forcing Chia to explain that he lives right across the street and visits almost every day.

Eventually, a worker presents a photo for Chia and his friend to look at. The text overlay on the video at that time reads: "proceeds to show a pic of an Asian-fishing white man."

"As the term suggests, it’s very similar to ‘catfishing’, where somebody pretends to be someone else online. Asian-fishing, however, is different as it is specifically where somebody who is not Asian attempts to 'pass' as East-Asian," writes Georgia Buck for Injection Magazine.

"They do this through photo-editing, make-up, or simply just by posing and subtly pulling the corners of their eyes upwards."

This adds a whole new layer of f*ckedupedness to the situation. In Chia's own words: "Honestly didn't think i would get racially profiled AND mistaken for a white man in 2022, Shoppers Drug Mart, please do better!"

"Is that you?" the worker asks. "No!" shouts Chia's friend. "Does that look like me?" asks Chia, near-laughing increduously. 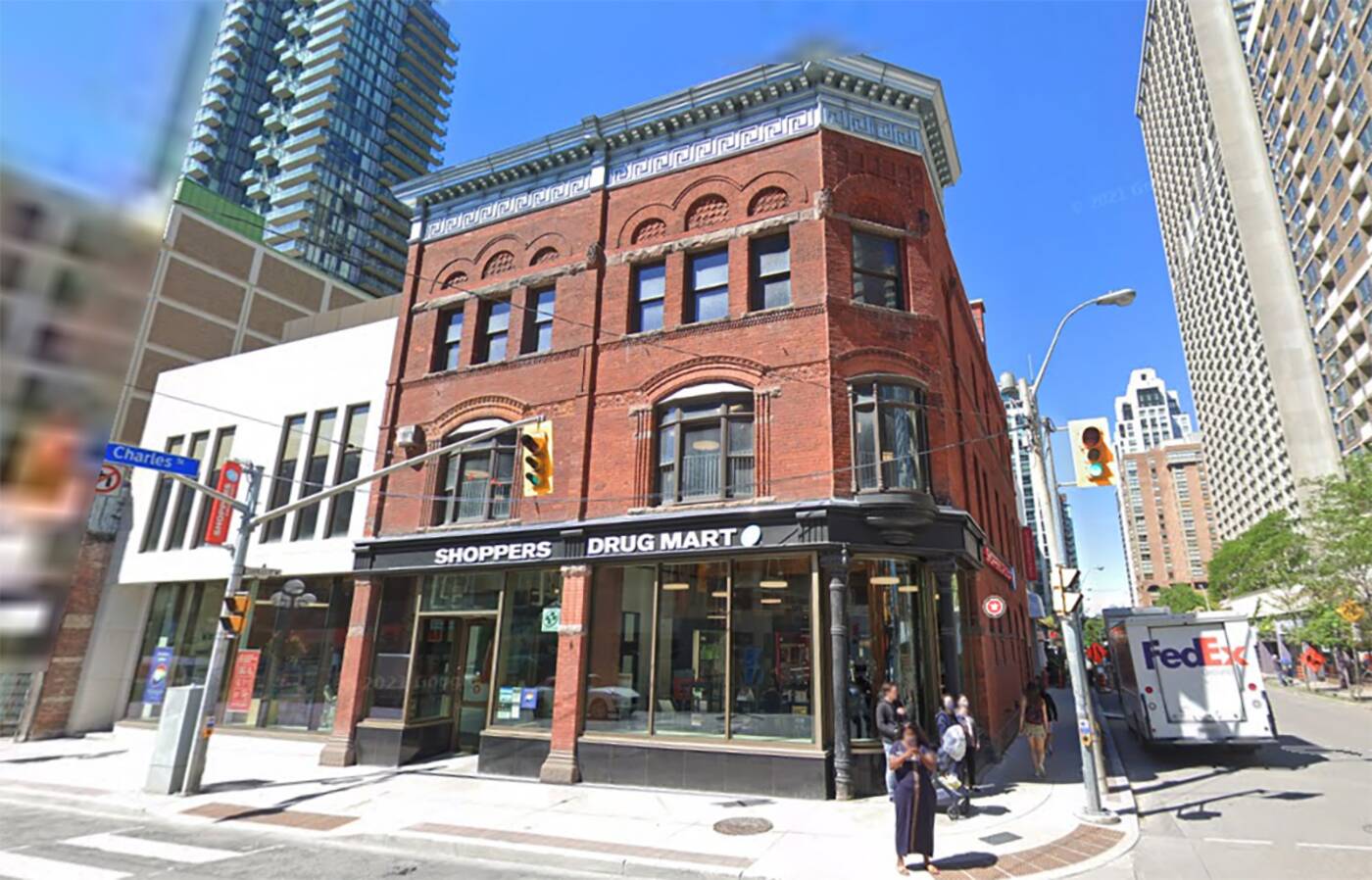 As the video goes on, we hear Chia and his unnamed friend (who is now a bonafide internet hero, based on the TikTok comments) argue with the Shoppers employees — never once raising their voices or being anything other than calm and polite, as many viewers were quick to point out.

"I'm so sorry are you being racist? Like, that doesn't look like him at all. Like, can we look at the thickness of the brows, the shape of the face... this is a completely different person, you're being extremely racist right now. This is not okay."

A female worker enters the discussion and tells the duo, "we apologize if it seems that way..."

She is cut off by the apparent security guard who tells the customer that the man in the photo has been causing a lot of trouble there.

Chia's friend, more calm and composed than pretty much anyone I've ever met would be in this situation, says "that sucks for the store, but it's not ok to accuse my friend of this... and I'm so sorry, but that looks nothing like him."

They go back and forth like this for a while, with both Chia and his friend explaining to the guards that they probably should have made sure that Chia was the man they were seeking before trying to kick him out, and that the way he's been treated is not acceptable.

Eventually, a manager chimes in and says that she thinks there's been a big misunderstanding. To her credit, the manager eventually apologizes, repeatedly, for what happened.

Nodding and cordial, Chia says: "That's fine, but I think you guys should at least approach people a bit differently, 'cause that was so out of the blue, to just say that I'm banned from the store when if you took a look at the picture, you would know that's NOT me."

"I hope you guys find him," says Chia at the end of the video, despite the fact that one security guard continues to argue that what he did was okay.

"But I'm going to look like this for a while, so... let's not have this happen again, okay?"

Shoppers Drug Mart and parent company Loblaw Companies Ltd. have yet to respond to a request for comment from blogTO, or to Chia's initial complaint.