Motorists can expect a heck of a challenge navigating Toronto streets this weekend, as rolling road closures will be in place to support the 2022 TCS Toronto Waterfront Marathon (TWM).

The grand finale of the Canada Running Series will take athletes on a marathon (along with a shorter half-marathon and 5-kilometre route) spanning the busiest parts of the city.

Partial and full closures will be in effect on 32 different streets from the lakefront south of High Park in the west, to the Beaches in the east, and as far north as Bloor Street.

A detailed list of the closures posted by TWM is definitely worth a quick scan if you intend to be out on the roads this weekend. 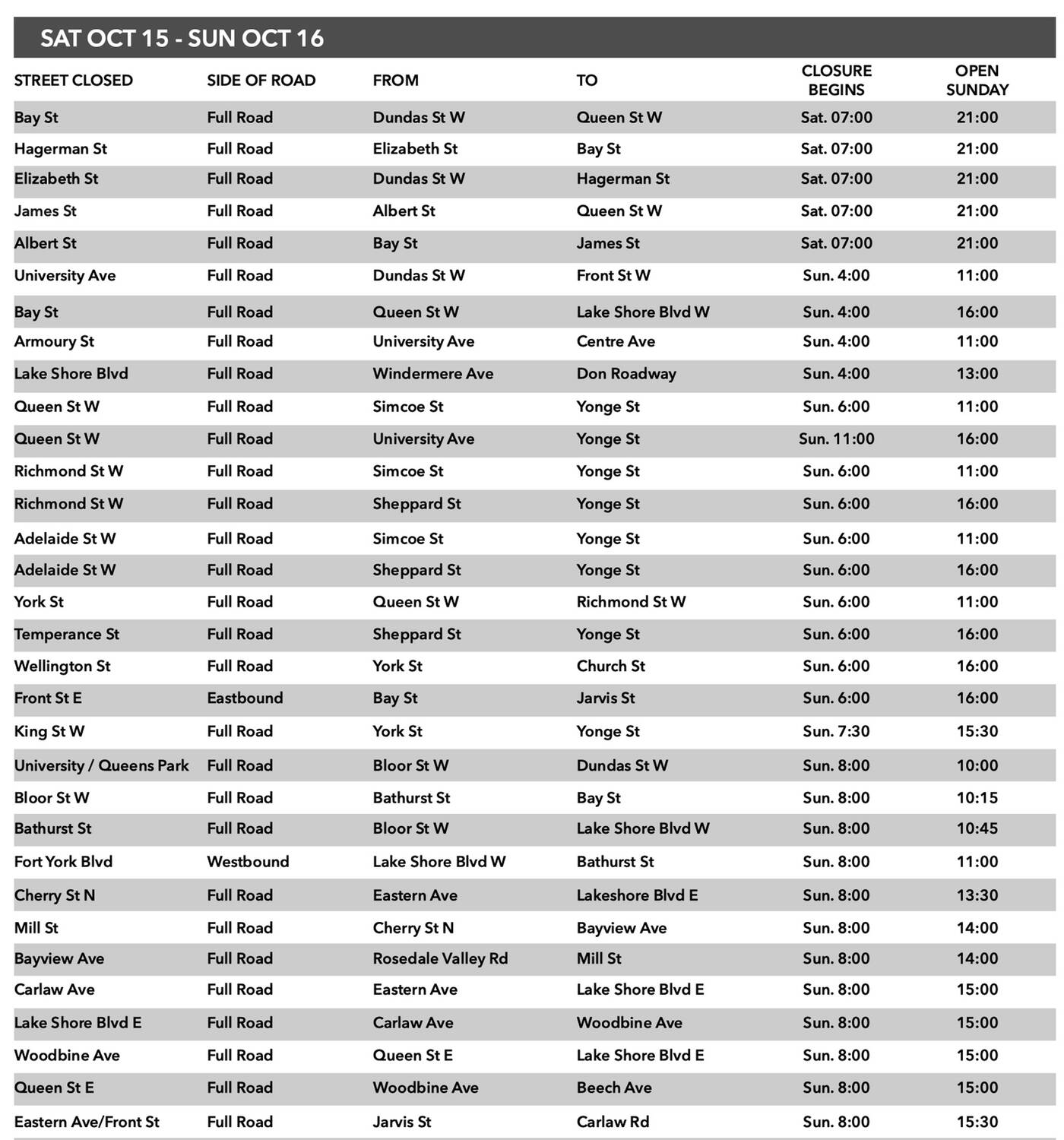 Like just about every weekend that the city isn't buried in snow and events are taking place, the best way to avoid all headaches is to ditch the car and take public transit.

The TTC will be operating subway service on regular schedules thanks to the recent conclusion of the drawn-out Automated Train Control project, though there will be several changes to surface routes riders should take note of.

The 509 Harbourfront route will temporarily operate between Union Station and Queens Quay Loop, not serving stops west of Spadina.

Route 501 Queen streetcars will divert both ways around closures and will operate replacement buses diverting around the closure from 6 a.m. to 4 p.m.

Similarly, the 504 King route will operate buses on partial loops navigating around road closures on Sunday. From 7:30 a.m. to 11 a.m., stops on Strachan Avenue between Douro Street and King Street West, and stops on King Street West between Douro Street and York Street will not be served. From 7:30 a.m. to 4 p.m., stops west of Church Street will not be served.

Route 506 Carlton will also operate on separate loops, with streetcars on the east loop to travel west and turn back east at Parliament Street, and replacement buses operating both ways between Castle Frank Station and the Bay Street and Gerrard Street West area.

On the west loop, replacement buses will operate both ways between Ossington and Keele Stations.

You can also expect disruptions on the 505 Dundas route, with stops on Dundas Street West between Ossington and Spadina not being served during the marathon.

A few night bus route disruptions are also planned to accommodate the marathon, including changes to the 307 Bathurst and 320 Yonge routes.