Parts of Scarborough could soon be moved to North York

Proposed changes to the federal election districts in Toronto would see parts of Scarborough transform into North York ridings, and leave the area with one less riding.

The Federal Electoral Boundaries Commission is proposing to scrap the riding of Scaborough-Agincourt, reducing Scarborough's political representation in any upcoming federal elections.

The new proposals would extend the North York ridings of Don Valley East and North into the traditional Scarborough border past Victoria Park and Warden Avenue.

"Victoria Park, the long-time boundary for Scarborough, would now be in North York ridings! Many of our residents north of Eglinton and west of Warden would no longer be represented by Scarborough Members of [Parliament]," reads a petition from the Scarborough Community Renewal Organization, which is opposed to the changes. 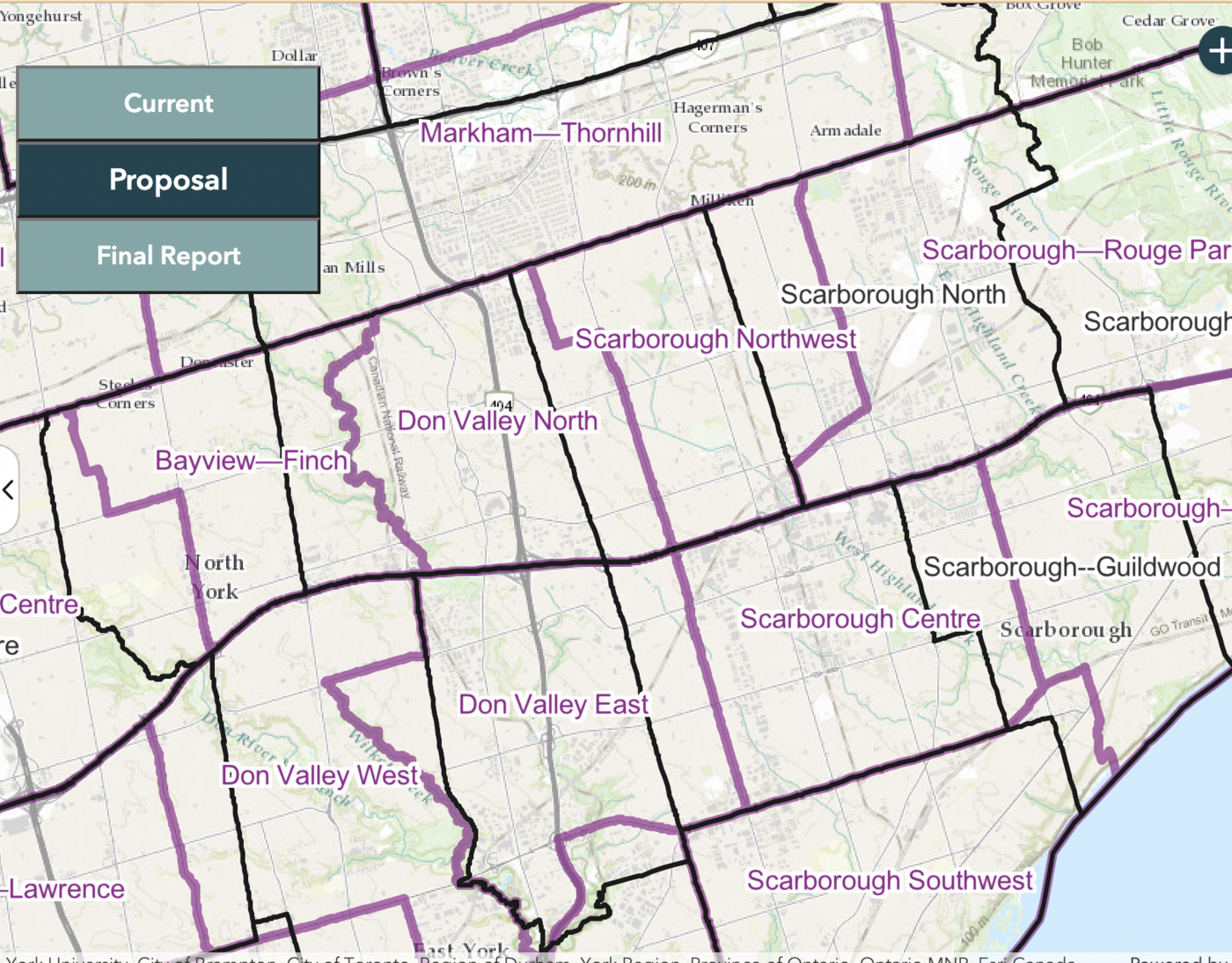 The petition states it is unfair for Scarborough to lose a riding especially since there are around 50,000 residents not counted in the last census, meaning the population would actually be higher and not make the case to reduce the area's ridings.

It also points out that new developments coming in the near future will also increase Scarborough's population by thousands.

In the last realignment, the new Scarborough North was added, which the petition points out would be very confusing if a riding was now taken away, potentially driving aware future voters.

"How is it that the City of Toronto grew in population but lost a federal seat, whereas other parts of Ontario and the rest of Canada had areas that lost population but retained their representation?"

The proposed ridings would include the new Scarborough Northwest and extend the boundaries of Scarborough-Rouge Park and Scarborough Guildwood.

"The proposed realignment impacts Scarborough's identity and our residents' connection to their neighbourhoods, businesses, and community overall," says the petition.

As a result, the community organization has asked residents to send submissions to the commission opposing the new boundaries.

Yesterday, on Oct. 18, organization members showed up at the commission's in-person hearing at the Scarborough Civic Centre to voice their concerns as well.

"I have lived in Agincourt all my life and it is not fair to lose our riding! Our riding gets neglected and if it wasn't for the politicians who fight for us, we will be further neglected! No to this change," reads one comment on the petition.

It will be brought to the commission on Oct. 29, the deadline for the written submissions period.

As of writing, there have been more than 1,400 signatures added to the petition.