Toronto is home to many relaxing and sprawling parks and parkettes, but one of the city's newly redesigned private ones is raising questions about accessibility.

Ishkozi Park, owned and operated by Rogers Communication was recently spotted chained up and closed.

Photos show a well manicured green space with really no signs of it being used.

Though it appears the parkette is in pristine condition, a Rogers spokesperson said the parkette has been temporarily closed for "recent renovations." 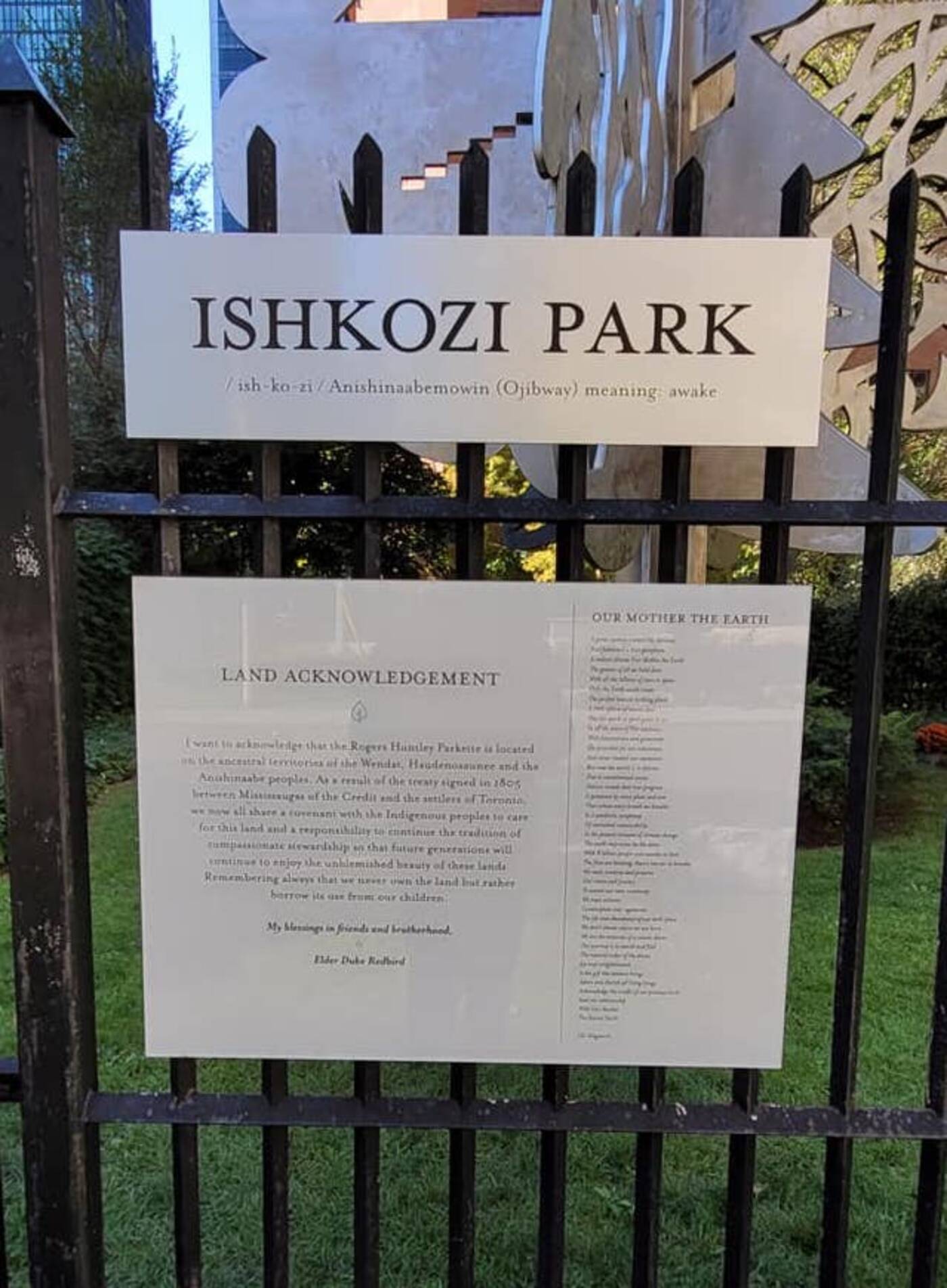 A longtime staple of the Roger's HQ building, Ishkozki Park was recently renamed from Rogers Huntley Parkette and renovated. It features a couple of benches and though not ample, very well cared for grassy patches.

A land acknowledgement plaque hanging on the parkette's fencing tells residents that Ishkozi is an Anishinaabemowin word meaning awake.

As for when the park is operational? That is a strange answer.

The parkette is only "open during the day on weekdays from mid-May to mid-November and closed for the Winter season, due to weather," said the spokesperson.

When I asked the spokesperson to confirm if the park would open on the weekends, they responded with the same statement, basically confirming it would not operate on Saturdays or Sundays.

As for being upon during "the day" it seems the parkette will close once the sun sets.

The parkette's fence is closed with lock and chain. Photo by Adam G. Wynne.

If you are a weekly 9-5er it seems there is a slim chance of you being able to access Ishkozi without phoning in sick or immediately running from your desk to get to the parkette before it gets dark.

Seeing as the parkette is private and not owned by the city, Rogers can basically make up their own rules on how it runs.

But as for it being accessible? Well, I'll leave that question up to you, dear reader, to decide.