There's nothing like dumping your random chairs, tables and other crap in an open lot for free.

A pretty decently-sized empty lot on College Street in Toronto has transformed into some sort of local dump.

Wedged between a bustling Portuguese restaurant and a low-rise apartment, this no-grass, barren wasteland is now filling up with trash. 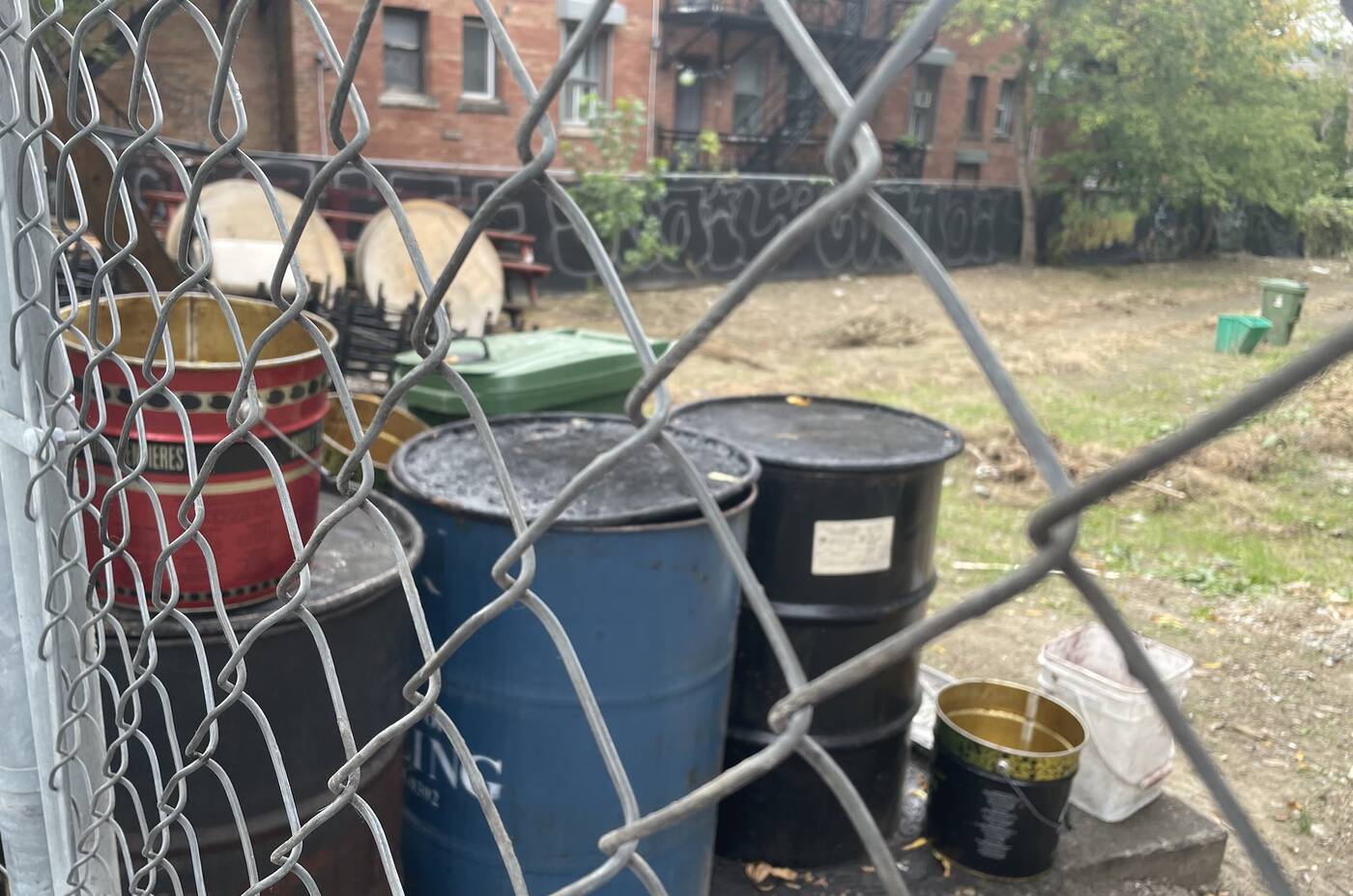 Situated at 1004-1006 College Street, the City of Toronto has confirmed there is no building permit activity at this address.

A Google search for the address will show that a large dilapidated house used to sit on the site until around 2017. Previously, there were signs indicating future development, though no such signs exist now.

Just a stone's throw away are the six-storey IT Lofts, right at the corner of College and Rusholme, meaning this lot could be home to a similar building. 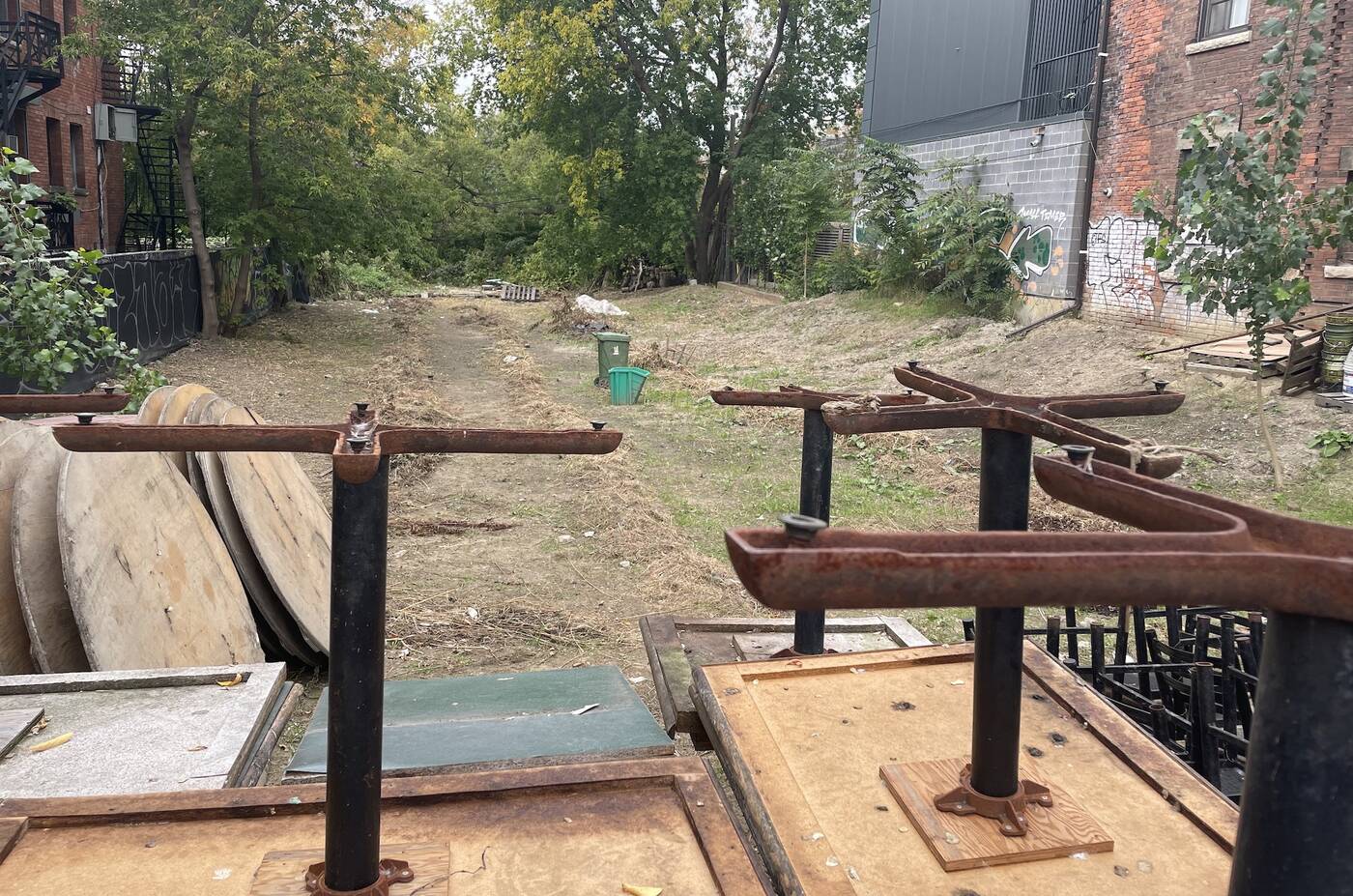 A teeny bit further is 877 College Street, the former home of the Azores Auto Group, soon to be The Carvalo, a so-called "finely crafted condominium."

So it's safe to say developments are popping up very close to the area and it could be assumed that this lot could face a similar fate.

But for now, tons of broken chairs, rusted tables and barrels of cooking oil seem to litter the potentially very expensive green space. 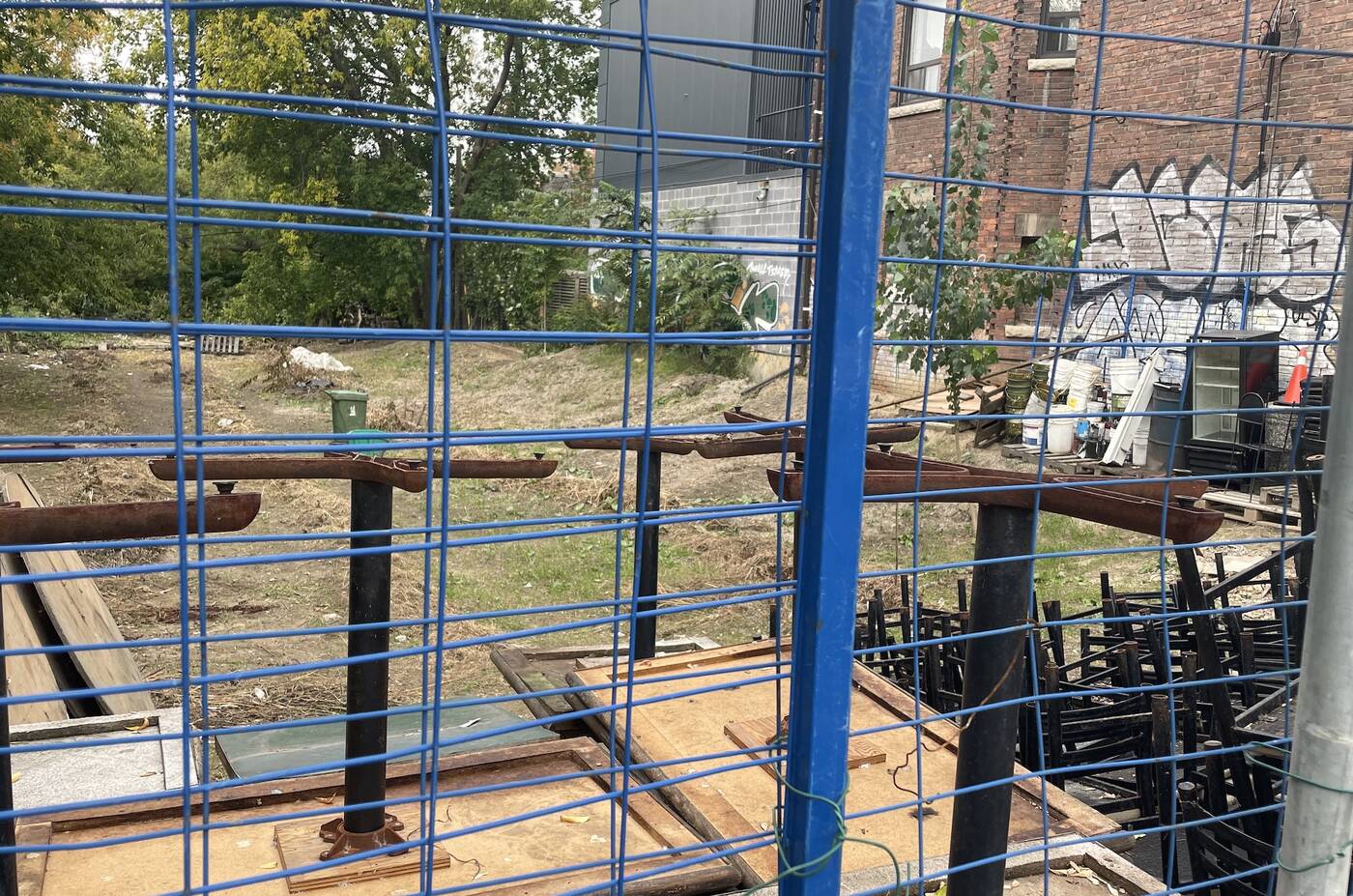 The space has been haphazardly fenced off and sort of boarded up, though there is really nothing to stop people from unloading their unwanted junk.

If you're looking for a probably-broken mini-fridge, a city-issued green bin or crap-ton of buckets, you know where to go.

It's hard to believe that such a location would end up sitting empty for years, especially in a city that seems to prefer condos over any other type of housing.

Who's taking bets on when this lot will be Toronto condo #4756?