Some Toronto park staffers were caught red-handed dumping recyclables and trash into the same compactor - but the city has admitted this is a common practice.

Resident Greg Downer told blogTO he was enjoying his day in a local park when he witnessed recyclables and waste materials dumped into the same garbage truck.

Appalled, Downer also recounted this story to city staff who, in a shocking surprise, admitted this is a normal thing.

In an emailed response, a city representative said the material in park and street recycling bins is often "heavily contaminated with non-recyclable items" like food containers, coffee cups and dog poop.

The city said because of this contamination it destroys the recyclables' ability to be sold to market and they often ended up sorted out at the facility and sent to landfill.

"When the material in park and street litter recycling bins is heavily contaminated, it is collected as garbage." 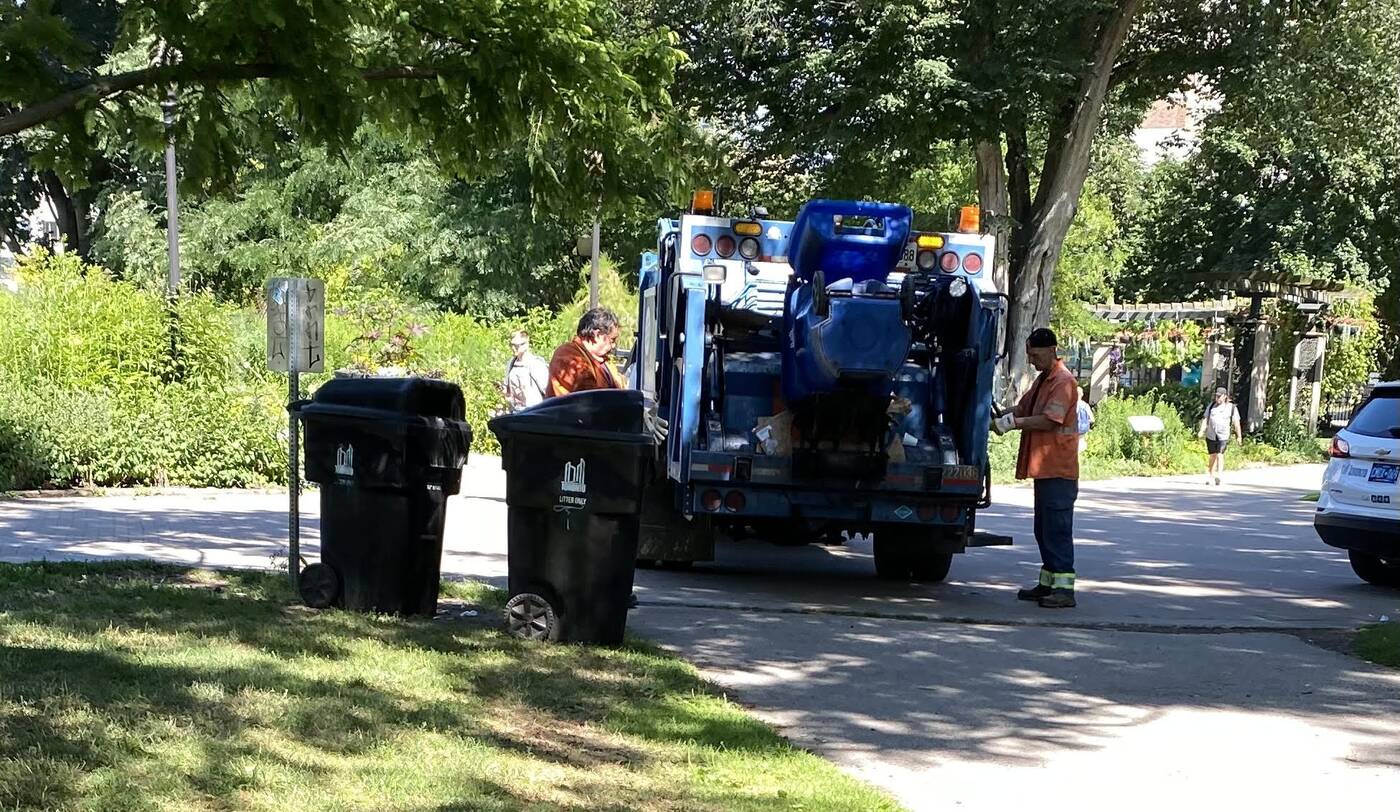 Toronto resident Greg Downer was shocked to see crews dumping blue and black bins into the same truck with no separation. Photo via Greg Downer.

In attempts to address the issue, the city said it had implemented a number of initiatives to monitor and reduce continuation levels in public waste bins.

This includes creating new signage for waste bins, putting stickers on recyclable bins to remind the public what is and isn't accepted, installing green bins in dog parks, and creating public education campaigns.

There are also two new pilot projects; a beverage container recycling program and the targeted collection of dog waste in street litter bins to divert from landfill.

"The city is continuing to monitor the situation and continuing to work to educate the public on proper sorting to reduce the amount of contamination in Toronto’s Blue Bin recycling program overall," the response concluded.

However, for residents like Downer, this is a let down.

"The fact we are 'recycling' is a lie and only a perception. It's ridiculous," he said.