Toronto Police homicide detectives are investigating after a man was found shot outside the TTC's Sheppard–Yonge subway station just after 10 p.m. on Wednesday night.

Police say that people started reporting gunshots heard in the area, at Yonge Street and Sheppard Avenue in North York, around 10:10 p.m. They arrived to find one male victim in a parking lot with gunshot wounds.

Officers provided emergency life-saving treatment, but the man was pronounced dead at the scene. 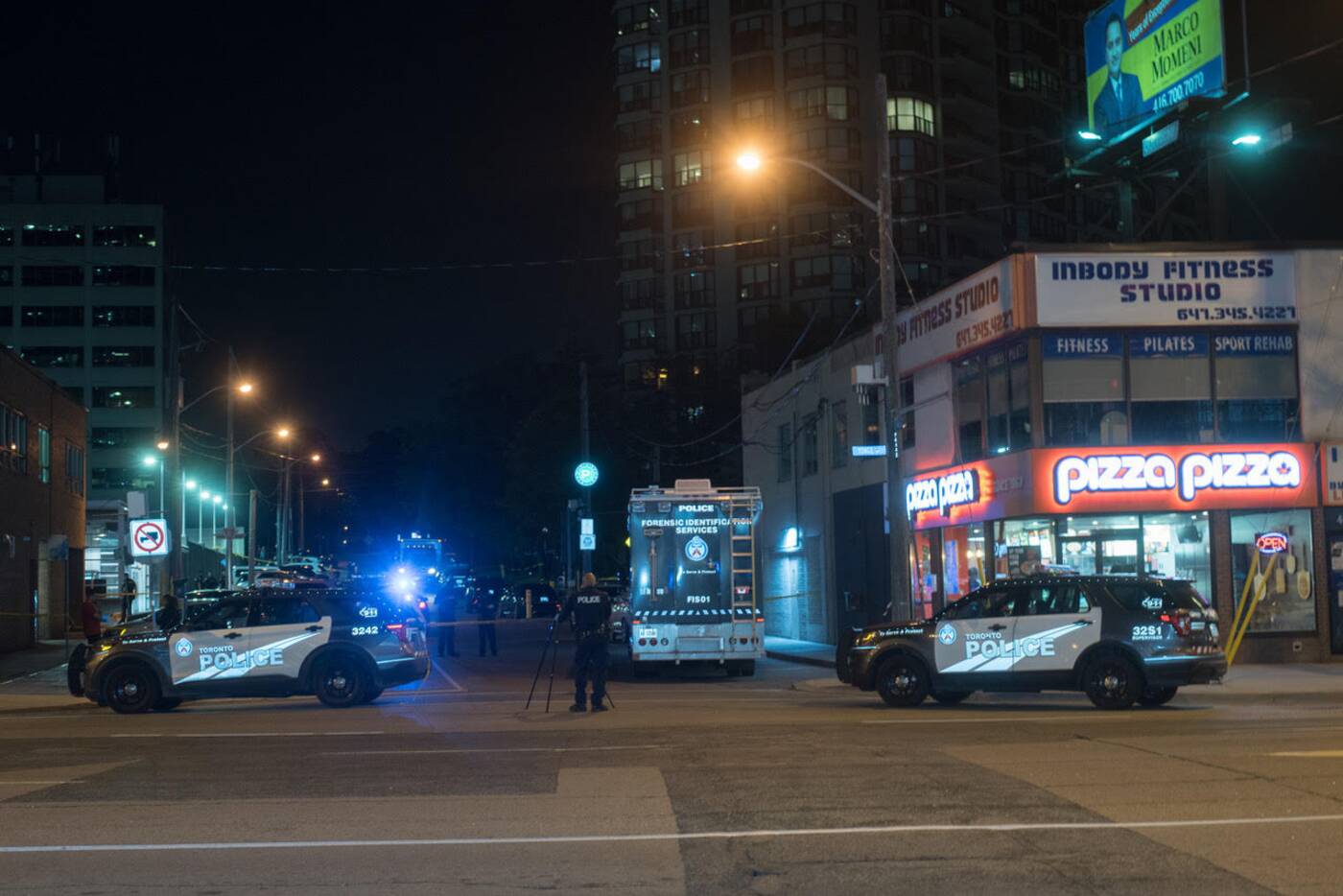 The taped off crime scene.

No further information about the victim or any suspects have been released at this time, though police did confirm late Wednesday night that the shooting was being investigated as a homicide.

Witnesses at the scene saw EMS attending to a body under an orange tarp at the scene, right near the subway's entrance off Harlandale Avenue.

The north exit of the TTC subway station was temporarily blocked off. 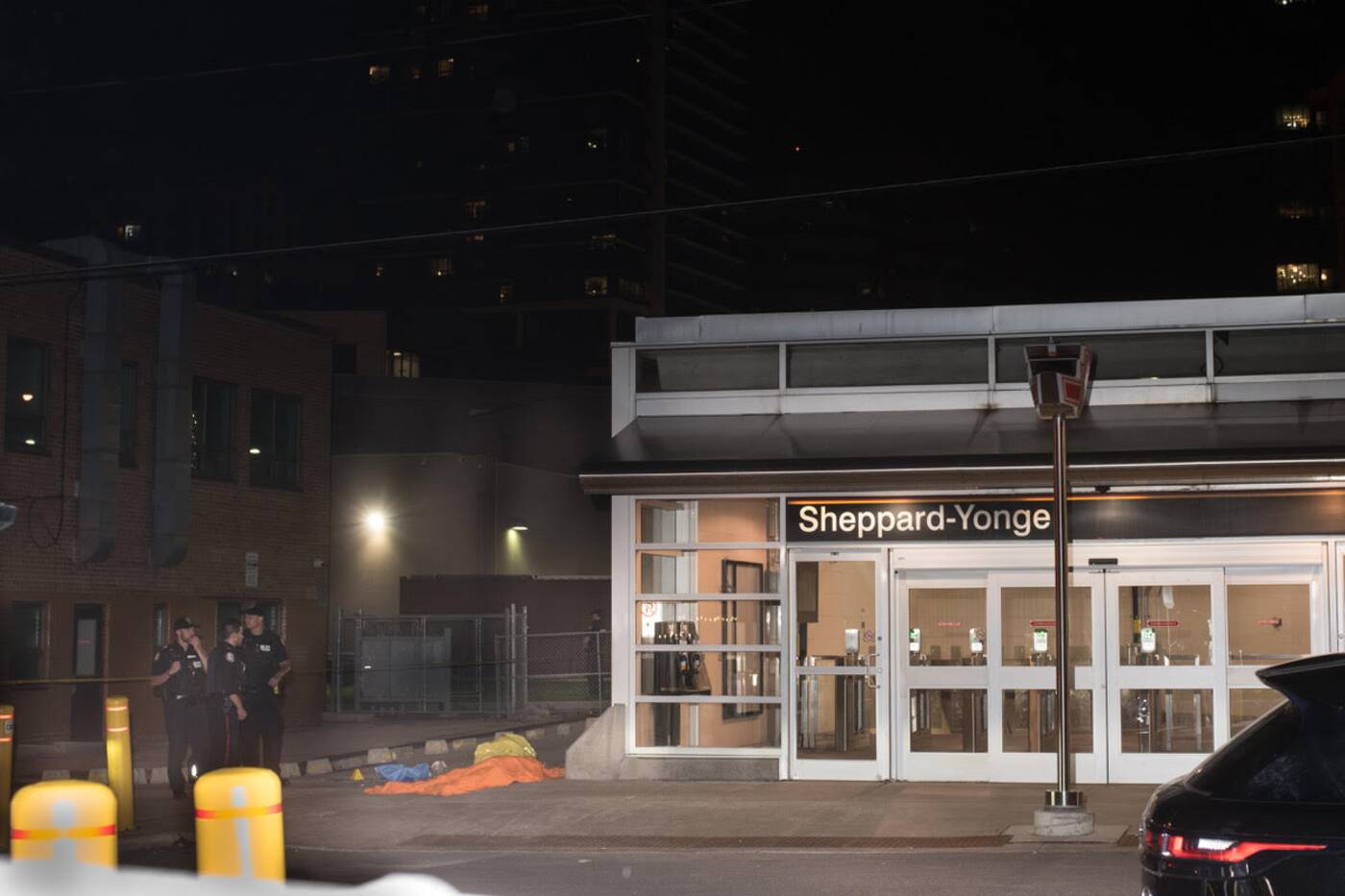 The police are investigating this crime as a homicide.

While details are yet to come, this would mark the 30th homicide in Toronto of 2022 and the latest on a growing list of violent incidents in and around TTC stations.

Kartik Vasudev, a 21-year-old international student studying business at Seneca College, was approached by a complete stranger around 5 p.m. on Thursday, April 7, at the Glen Road entrance of Sherbourne Subway Station and shot to death, making international headlines.

Anyone with information regarding last night's shooting outside Sheppard–Yonge Station is asked to contact Toronto Police.