Toronto's waterfront hasn't quite been the same since the venerable Captain John's Seafood Restaurant was towed from its moorings at the foot of Yonge Street. Many would argue that the removal of the hulking rusted vessel was a huge improvement, but it looks like Toronto's waterfront might soon get a new floating landmark, outlined in a recent entry in the city's Lobbyist Registry.

The registration — a requirement for all lobbyists interacting with politicians and staff — reveals that a company is "looking for approval from the appropriate officials to be able to dock and operate a hotel on the waterfront, possibly between York Quay and Ontario Place."

It's super vague, but based on the wording, it's safe to assume that this hotel would float, though a bit harder to guess whether this thing will move about the lake like a cruise ship or sit mired in harbour silt like its predecessor in Captain John’s.

In a find uncovered by city data analyst Matt Elliott in his City Hall Watcher newsletter, it is reported that Benjamin Levitt of Stosic & Associates is lobbying for Tayrona Capital, a company known for their Sagana Hotels & Resorts chain operating in more than 16 countries including tropical locations like Thailand, Maldives, Malaysia, Vietnam, Cambodia, and Colombia. 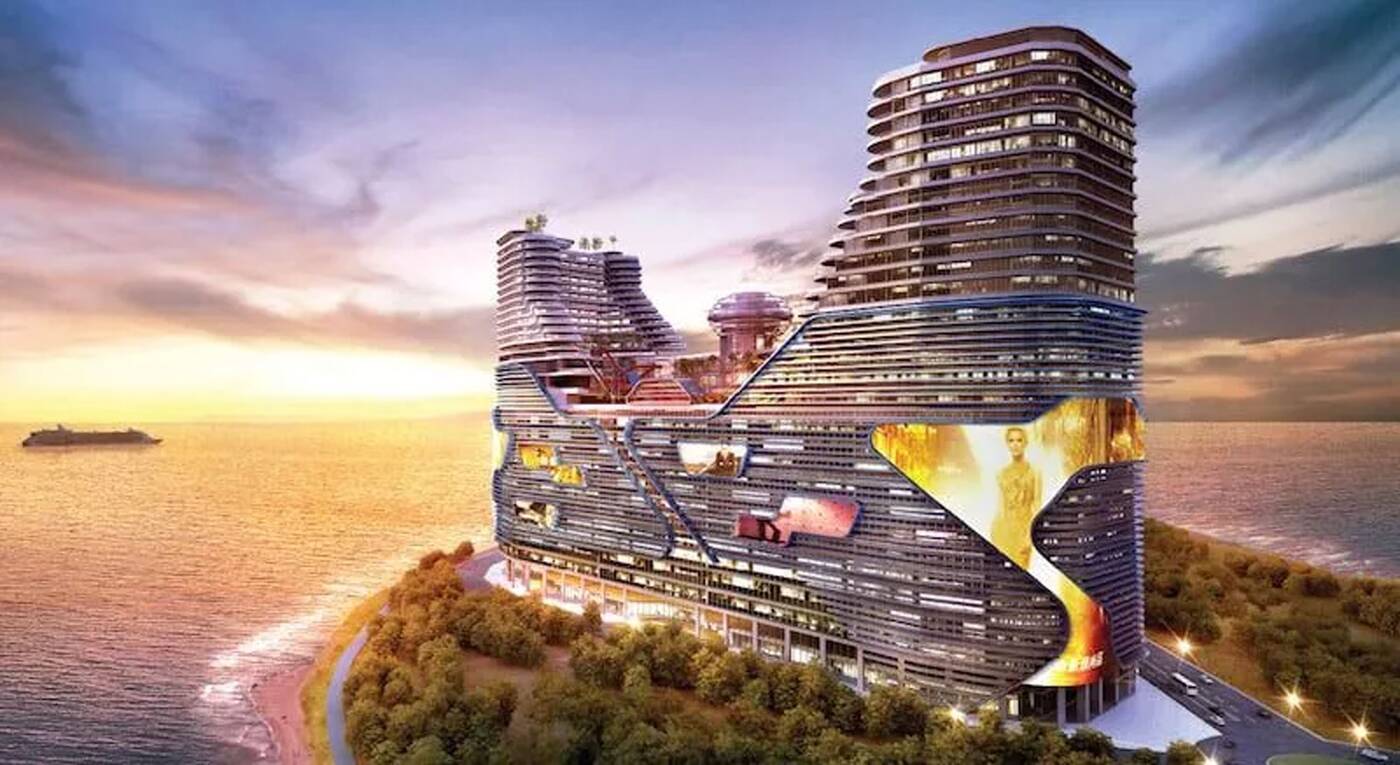 The Harbour City cruise ship-themed hotel in Melaka is one of Tayrona's flagship projects. Rendering by Tayrona Capital via Matt Elliott.

Among Tayrona's big plans is the Habour City development in Melaka, Malaysia, which the company purchased for $323 million. It includes a hotel with a cruise ship-themed design and amenities, though there are indications that the project has faced financial hurdles since its acquisition.

Not much else is known about Tayrona or Sagana, which operates its Canadian business out of a storefront at the base of a 2015-built condo complex on Yonge Street in Richmond Hill, a decal in its window boasting (in all caps) of "more than 1,000 ultra luxurious hotels worldwide."

Regardless of what the company plans to build, buy, float, moor, or whatever, it is likely to be proposed on a tourist-heavy stretch of Toronto's waterfront, between York Quay and Ontario Place.

Captain John's might be the first comparison that comes to mind when discussing the central waterfront, but the possible Ontario Place location would stand as a callback to the days when the HMCS Haida was moored at the site, a long-gone tourist draw since relocated to the Hamilton waterfront.