Have you ever seen an otter eating a lobster (down by the bay valley)?

Neither have I, though a few hours ago I'd have answered "OMGYES" to the very same question.

Toronto photographer Martin Elliott posted a series of photos this week to a popular Facebook group called "Beauty Of The Don," where nearly 7,000 members go to share and see snaps taken in some of Toronto's most bountiful wildlife hotspots.

"The 'boys' are back in town — migration is underway," wrote Elliott when sharing eight of his recent works with the group late Monday morning.

The collection includes gorgeous action shots of barn swallows, wood ducks, cormorants and even a peregrine falcon — one of the fastest birds on earth. 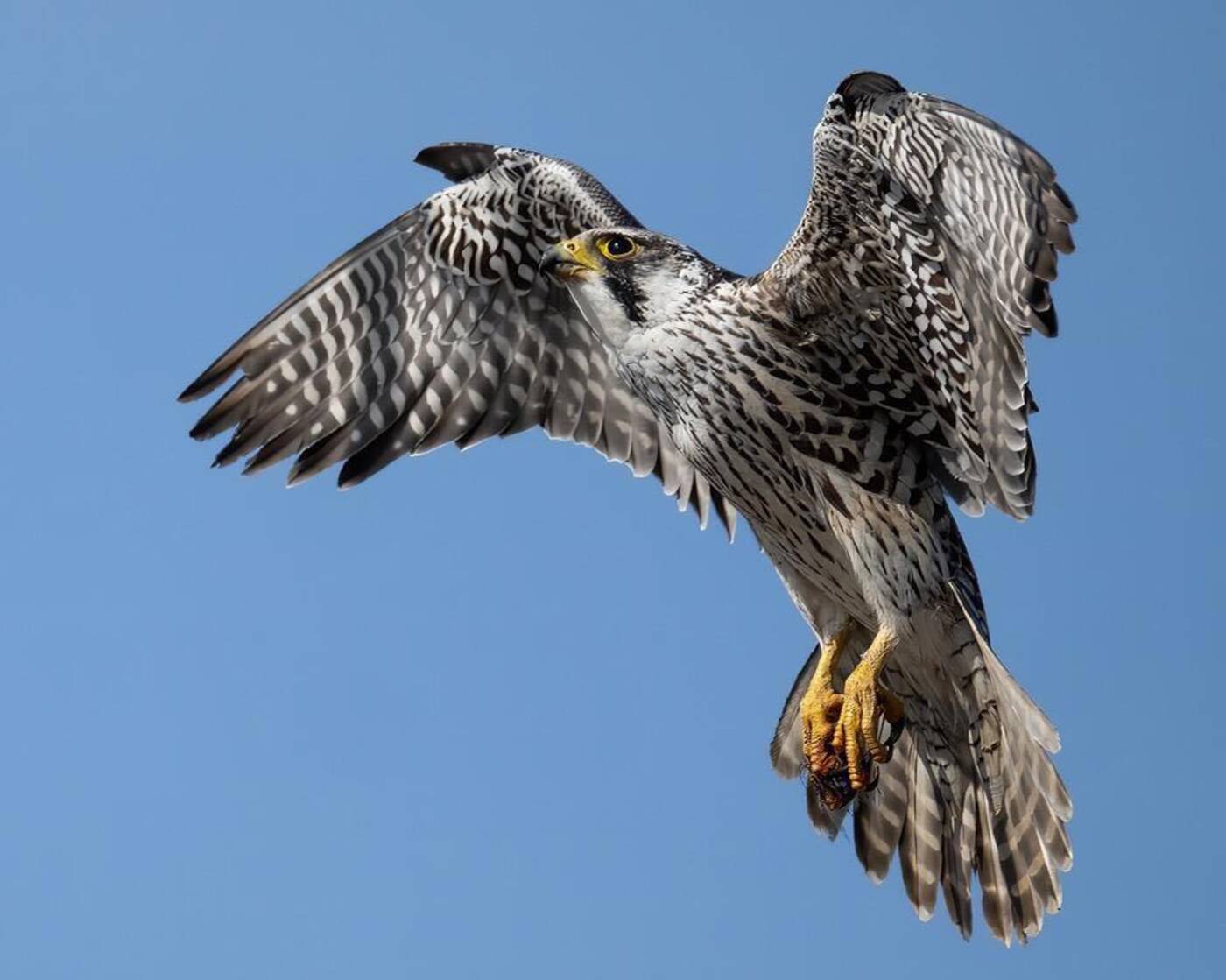 The mink wasn't the only Toronto animal caught taking home dinner on Saturday. This peregrine falcon carrying a rodent made for a gorgeous piece of nature photography. Photo by Martin Elliott.

But it was one particular photo of a mink (that yes, I initially thought was on otter) carrying a giant crayfish in its mouth that got people talking the most.

"What the heck?!? That looks like a lobster!" reads one comment on the image of what I was positive upon first viewing involved an otter eating a lobster.

"Wowza! Maybe he's been to Metro and is taking dinner home to his bride," joked another. "I'm super surprised he found that in the Don! Fascinating!"

These commenters weren't alone in raising questions about what, exactly, the mink was carrying out of the water. Some rightly assumed that it was a crayfish (aka crawfish or crawdad,) but were still taken aback by the crustacean's size.

"Yeah that crayfish is massive," wrote one. "That is huge! We have those here?" wrote another. "It's not a crab, right? Is it a giant crayfish?"

It's hard to say exactly how big the crayfish was in proportion to the mink, but Elliott himself told blogTO that it was indeed a "massive" creature.

"The Mink appeared out of the water with this massive crayfish in its mouth and scurried quickly towards some reeds," he said, noting that the photo was actually taken on Saturday in Tommy Thompson Park. "I was only able to take a very quick photograph." 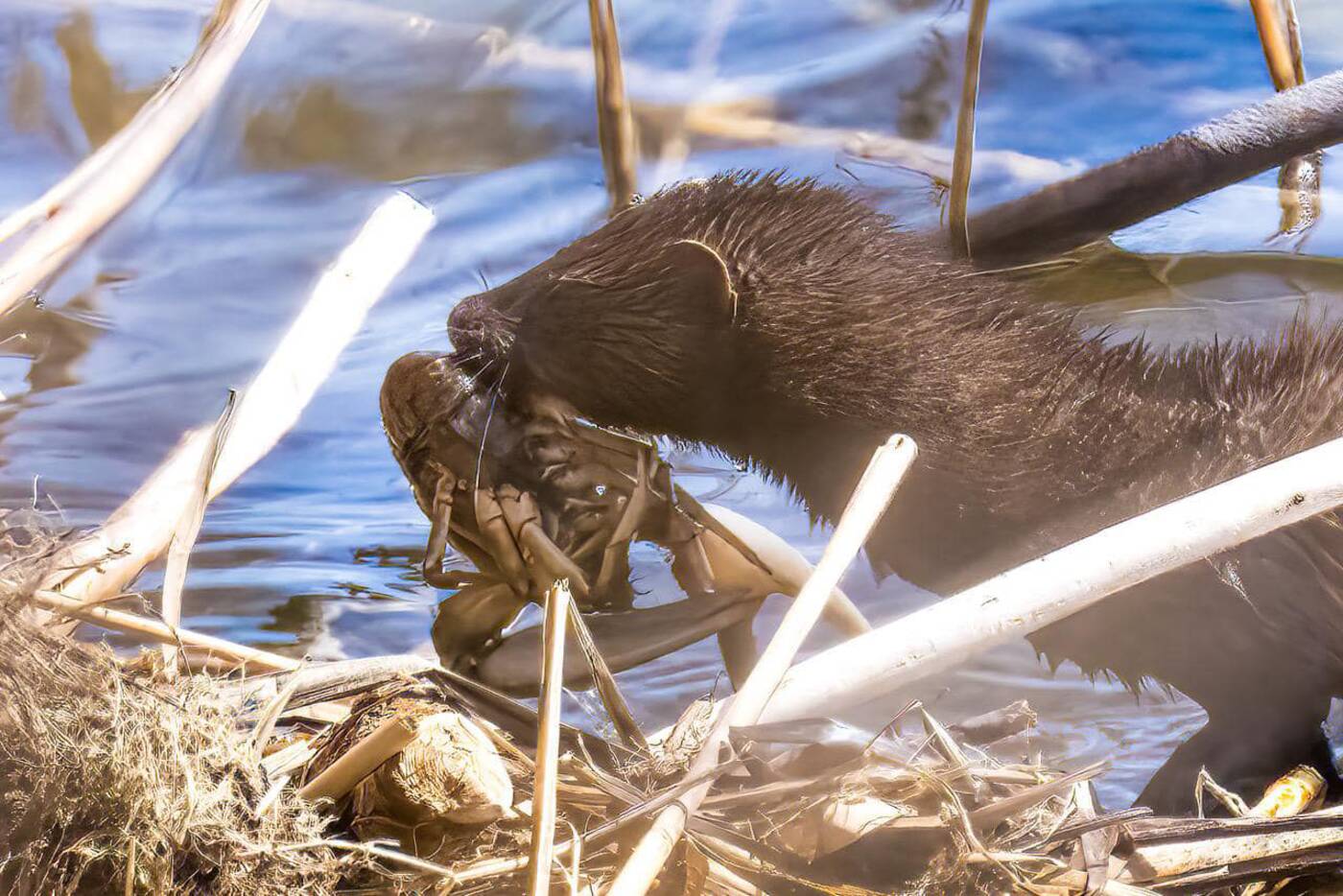 Martin Elliott snapped this pic of a mink carrying an enormous crayfish in its mouth at Toronto's Tommy Thompson Park on April 30, 2022. Photo by Martin Elliott.

According to the conservation charity Ontario Nature, at least ten different kinds of crayfish can be found within the province, each of them with varying maximum lengths.

It is likely that the mink was carrying a rusty crayfish, which is known specifically for its ability to grow quite large, looking more like an actual lobster than the tiny baby lobster-like crayfish I remember finding in creeks at Brownie camp.

"They eat large amounts of aquatic vegetation and their aggressive nature helps protect them from being eaten by native fish... Once rusty crayfish are established, there is currently no practical way to permanently remove them."

I would suggest more minks, perhaps — apparently they really, really like crayfish.

"We have lots of mink on the island and crayfish is their fave food," wrote one commenter on Elliott's Facebook post. "You know you have mink around when you see crayfish shells up on the shore." 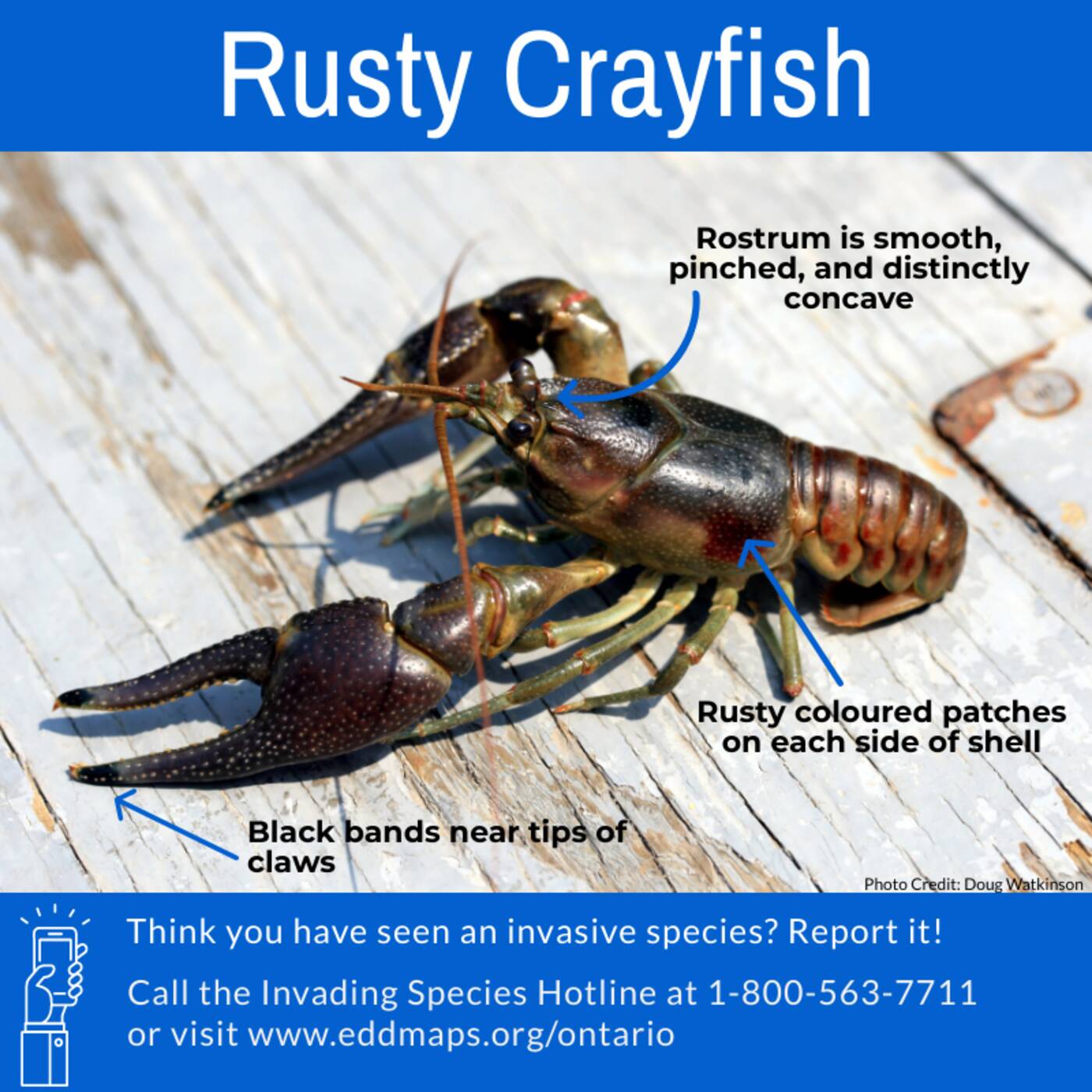 The Invading Species Awareness Program of Ontario encourages people to report sightings of rusty crayfish, specifically, though several other kinds of native crayfish can be found within the province. Image via Invading Species.

Whichever of Ontario's many crayfish species the mink photographed happened to nab, it managed to blow some minds in Toronto this week.

But the shot didn't happen by chance, says Elliott.

"Often I encounter people who when they see my camera and lens comment 'you must get great photos with that equipment'," he tells blogTO. "My usual response is 'if I gave you a Gibson guitar would you produce great music?' Clearly not."

The experienced wildlife photographer says that while equipment can enhance the quality of a picture, patience, composition and practice are key when it comes to producing a "wow" shot.

And, of course, there's the subject matter itself — something that Toronto provides in spades.

"We are so fortunate in Toronto to have so much green space to find all sorts of wildlife. My favourite spots are Tommy Thomson Park along with the Don River," says Elliott.

"So much beautiful wildlife around our amazing city if you take the time to look."