Do you know what the official name for your Toronto neighbourhood is? As of this week, there's a good chance you don't.

On Thursday, the City released revised boundaries for the social planning of neighbourhoods that make up Toronto, shaking up area borders and increasing the number of 'hoods from 140 to 158 in the process.

Established in the late 1990s, the city's original social planning neighbourhoods have remained unchanged through a quarter-century of substantial population growth. They exist not just for placemaking purposes, but also to assist in the city's planning of social services and other local benefits.

The city has adjusted the boundaries for 16 of the 140 original neighbourhoods, splitting them off into 34 new districts with a goal to balance population growth and better represent changing neighbourhoods. As of Wednesday, Toronto has a total of 158 neighbourhoods.

City news releases confirms: there are now 158 official Toronto neighbourhoods, up from 140. New boundaries are here. Find out where you live, officially: https://t.co/1PZ5gDFNzv

Some of the changes include the splitting off of the blanket "Waterfront Communities-The Island" neighbourhood, which stretched from the Don River to Bathurst, into new neighbourhoods "St Lawrence-East Bayfront-The Islands" and "Harbourfront-CityPlace." 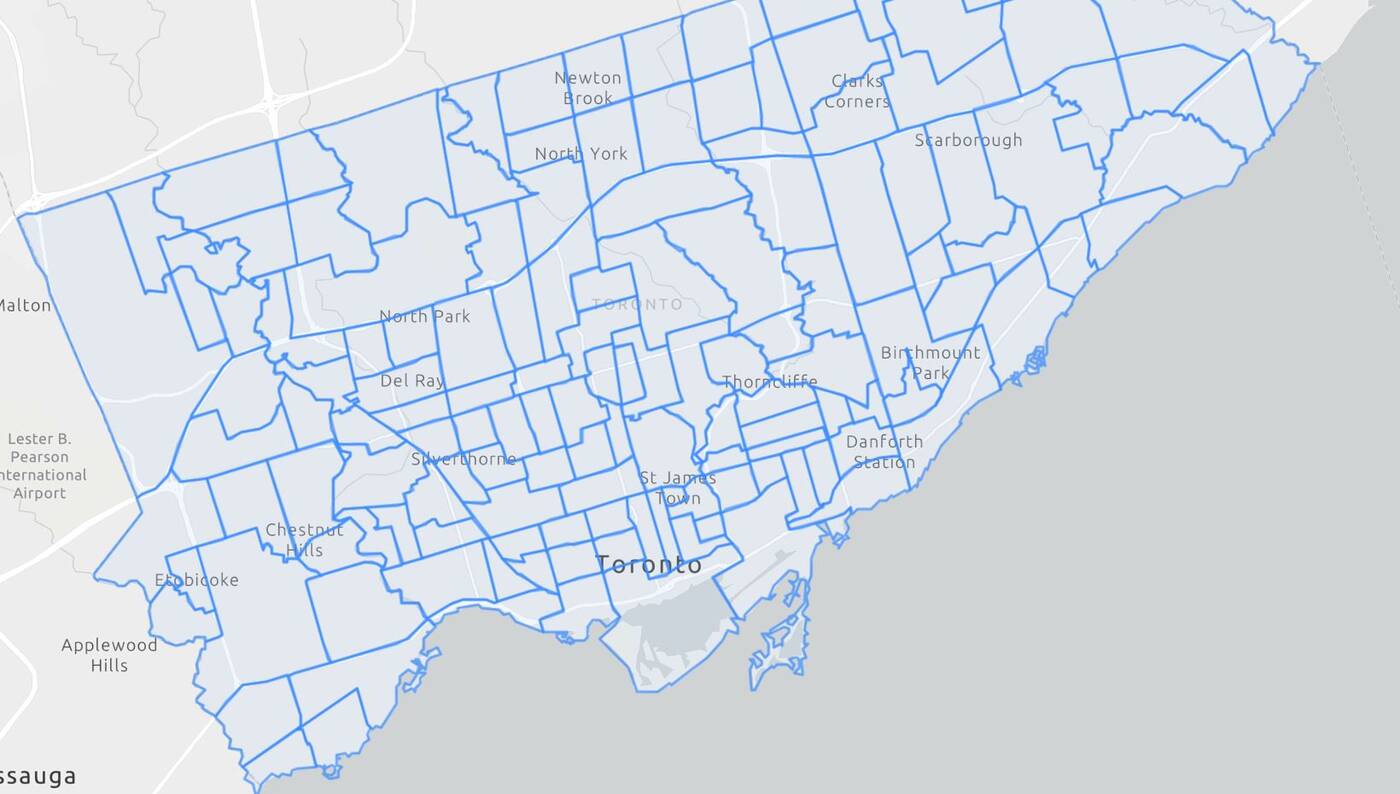 The "Church-Yonge Corridor" and "Bay Street Corridor" neighbourhoods have also been carved up, an east-west line through the two areas splitting them into four neighbourhoods, now known as "Bay-Cloverhill," "Yonge-Bay Corridor," "Church-Wellesley," and "Downtown Yonge East."

The former "Niagara" neighbourhood has been split into the two new "Fort York-Liberty Village" and "West Queen West" areas.

Other new additions include "North Toronto" and "South Eglinton-Davisville" in the midtown area, the pair occupying the former boundaries of the previous "Mount Pleasant West" neighbourhood that witnessed a pronounced population spike in the last 25 years.

Areas that have long had their own identities are now being given their dues with official city boundaries, but there are other clearly-defined neighbourhoods that still haven't been broken off into from their broader parent neighbourhoods.

One glaring example is Leslieville, which still remains an officially nameless portion of the broader "South Riverdale" neighbourhood, its boundaries unchanged in the shakeup.

The boundary changes and creation of new neighbourhoods are intended to better balance changing populations, with Mayor John Tory claiming "changes to the social planning neighbourhoods will help the City and our partners enhance equity, reduce poverty and ensure that services and supports are delivered where they're needed most."